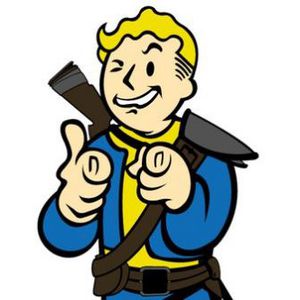 This Guide will teach the new boys of new vegas about some of the factions and how to make some bottle caps.[Factions]Powder Gangers-a weak faction that has very weak weapons but are strong in huge waves.Raiders-A bunch of untrained group of people who might have good weapons or not.NCR-the closest you can get to a government that won’t shoot you who are trained and have military grade weapons.Caesar’s Legion-a group of Roman imposters who are a bunch of slavers, They Use Tribal medicnes and Other weapons.The Kings-The coolest of the bunch who are well trained to being like the King himself and use basic weapons.The Boomers-Group of people who are scared of the world but are nice people once you meet them, rockets and grenade lunchers.The Mojave Brotherhood-Classfied information The Followers-A group of Doctor Peace Makers so you don’t have to worry about them killing you, Laser weapons.The Enclave-A group that was formed in the west but when the oil rig blew up they went east for DC, some members exist in New Vegas from the Western Enclave group.Khans-A group of Tribal Chem Dealing Warriors that are Mongol imposters; there fav weapons is basic weaponary.Mr. House’s Army-A army of robots that follow the commands of a half dead old man in Life Pod with a demon voice that is too easy to kill just don’t shoot the robots and simply run for the door, the robots fires normal bullets but they can fire lasers and missles in Mk2.The Independent United New Vegas-Its what you make it and what factions you have allied with you which means you run this faction.Gun Runners-A group of gunsmiths that sell normal everyday weapons that are lead based and are almost “Factory New”Vangraffs-A group that sell the best energy weapons of all kinds but they seem alittle off, i recommend checking them out.The White Legs [Honest Hearts DLC]: A bunch of raiders that are trying to join the legion that stink at doing basic survivral so they raid who follow a Leader named Salt-Upon-Wounds :Basic Weapons and Grenade Launchers. Other Tribes of Utah [Honest Hearts DLC]- a group of people who are helped by Joshua Graham and Daniel who both teach the tribes many things like Religion and Combat:They use Basic WeaponsGhosts [Dead Money aka Bank Heist DLC]- I heard that they are some type of mutent humans that come from the Sierra Madre that weared Hazmat Gear from Big MT but i havn’t gone there yet to see what they are and what they use and most of this I got from Rumors and My travels to Big Mt.The Marked Man [Lonesome Road] A group of Ghouls that wear Ncr and Legion’s armors but are not apart of their faction but most of this is rumors i got from a scavengers and i havn’t traveled there yet myself but i heard that use rifles and some type of shoulder mounted machine guns and bowie knifes.Dr. Mobius’s ARMY! [Old World Blues]- A ARMY OF EVIL ROBO SCROPIONS THAT SHOOTS LASERS AND STINGS YOU.The Think Tank [Old World Blue]- They are maybe a little unhumane but they are nice people once you chat with them, they don’t have any weapons, they are better off hiting you with their screens but… they have a passive field that stops you from shooting them. ————————————————————————————————————————————————————————————[How to make money]You could make money by.Quests.Chem dealing with venders.Fixing up damaged weapons and selling them Gambling [High Luck required]”Owning” a Casino [Moding Required]Owning a Store [Moding Required]Pulling off a heist on a Casino that holds Gold Bars [Blood Money DLC Requried]And selling your Pre-War money to venders for caps————————————————————————————————————————————————————————————-Thanks for reading this guide about some of the factions and how to make money Guide to “Owning” A Casino thats is set up like a shoping list: http://steamcommunity.com/sharedfiles/filedetails/?id=1095215309Good luck in the wasteland.

What the guide talks about.