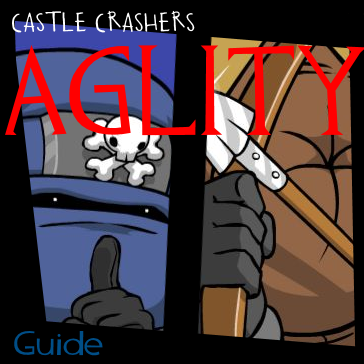 A simple guide to get a max agility set to support your friends while you play with them, it also supports, allies, enemies, random person off the internet, or your girlfriend- but we all know we don’t have girlfriends… Right?

So first before anyone gives me any hate for the picture, the thief is known for his archery, and ninjas, well they’re just ninjas. Anyways, inside the game there are 4 main stat upgrades. Strength, Magic, Defense, and Agility. Ive done my research, lets just get this done. And also, I cannot prove on why you should trust me, as I only have 1 gray skull. which happens to be on my thief. I had a gray skull on an orange knight last year, before I accidently deleted it. Believe me or not, You decide. 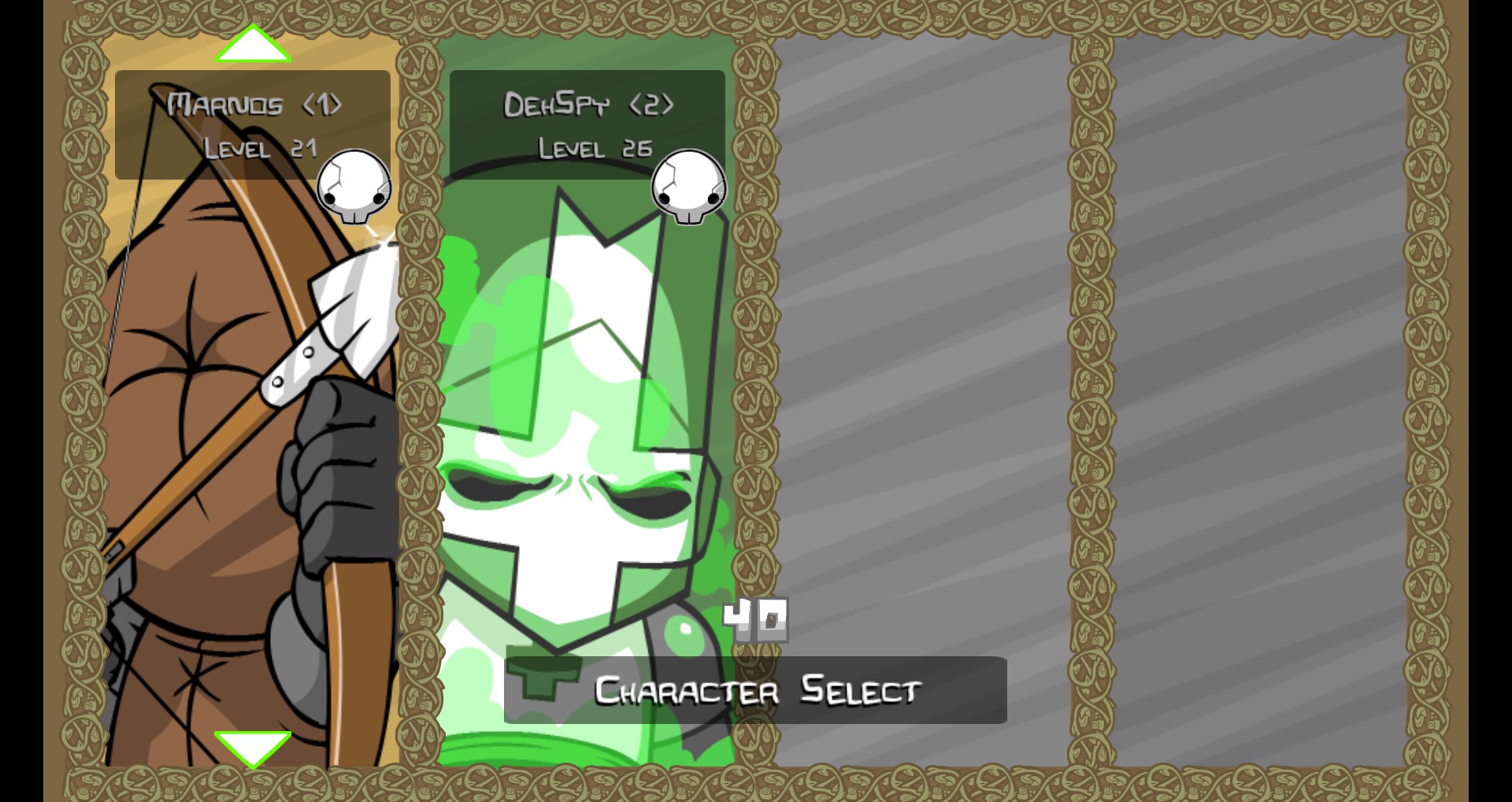 Now there are an abundance of weapons in this game, so searching through the game weapon by weapon is very very boring and time taking. But here are some of the max agility bonus weapons I have found…

The Sai is a prime example of an agility weapon, especially since its a starter weapon for the Ninjer (Ninja) character. With a level 20 limit and being a third tier, unlocked via the Fire Demon. Boasting a 6 agility bonus and a 1% of crit, this one is one of the highest bonus items. But it retracts 2 strength, and requires you to be level 20, unless your the Ninjer.

The Skeletor Mace is almost exactly like the Sai, but it doesn’t have the crit bonus, and it also gives more defense, your practical second stat. It also requires you to be level 20, unless your the skeleton, which is more accessible than Ninjer.

This tube seems to be a more accessible version of the Sai, as its level 15 only with the requirement of Battleblock Theater. With the 6 agility and the loss of two strength, its practically the Sai but a weaker version. Since it has no crit, but its a happy equal.

Or the lollichop depending on who you ask. The lollipop is very similar to tf2’s lollichop as a friend of mine pointed out. It adds 5 agility and is from the pink knight DLC, as its the most accessible of all of them, as its a level 0 item, and only requires you to have the $1 DLC.

Meowburt, Scratchpaw, and the Chicken all add an agility bonus, each in order. Meowburt can be found after the parade level, and entering the cave, then leaving it. He adds 3 agility points. While Meowburt may have max agility, if you want a strength bonus, Scratchpaw has just that, by 1. It also has 2 agility instead, hes found in the sand castle, and exploding the window hes hiding behind with bombs, similar to the troll. Overall the chicken is more of a ballanced pet, having 1 point for everything besides magic. Plus the chicken is probably more of something you might be interested in, because its the behemoth logo. And you can find the pet in the medusa boss level buried underground.

A problem that you might face is leveling up, as you will want to upgrade your attack and defense over your primary goal, (Agility, if you want this set.) so I suggest playing with some friends or a friend at the least, with somebody having a tank set. Or you could try playing the first level to the catfish boss. Your probably going to be doing that anyways to catch-up with your teammate. And thats the only time you might want to switch from Meowburt.

There are many strategies you can make with this, running around and hitting someone every two seconds or so, or just running around to do a magic attack. Who knows? Its your style, and its how you play! But sometimes you might just get yelled at and need an idea. There’s probably one here.

While you have your friend fighting, go to the sidelines and pull out your bow with an infinite stream of arrows, without lag its definitly a sight to see, and its very OP. (Made it rhyme!) The arrows pretty much do an effective job for damage for every single enemy besides the cultists, but come on, its a final level minion, of course it’s not that easy. If you use this method you probably wont be ready for it by the time the final level comes.

Its exactly what it sounds like, running around like crazy and doing an attack, this is very effective if you have an animal to ride on, such as the king’s horse on the bee stage. (Let the king get hit, then ride it.) Or the croc on the forest entrence. And the llama that reminds me of my friend Thaumius.
[link]
How do you exactly use this? Simple! With the animal just spam the heavy attack so that it does something, besides the llama because well, spit is funny, but its not really effective. Like the splash attack from pokemon! And the horse doesnt do anything…
At all..

Alone you can just run around and use the light attack, and then use the ram animal orb instead of meowburt if you want, to help you on your way, as when an enemy comes in contact with it, they fall over. Not only that it’s annoying, its also unexpected and quite hilarious in the right mind.
Take that how you will.