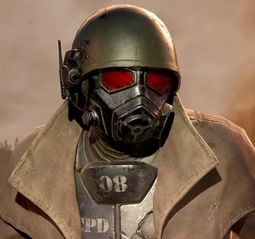 This guide will give you the highest SPECIAL possible and 100 in every skill stat.

This guide will give you the highest SPECIAL possible and 100 in every skill stat.

* Don’t set any skill higher than 9, then you will waste the free points that implants give.

* Perception depends on your gear. Elite Riot Gear gives +2 perception so I never set it higher than 5.

* Set Endurance to 7 (or higher) so you can get all implants later.

* Set Charisma to 1 as its almost useless.

* Luck depends on your build. I always set luck to 7 as that allows me to reach 10 with implants + the right clothes. Luck is mainly used for gambling and critical chance.

Get small frame. It gives you 1+ Agility for very little downsides.

DO NOT PICK FOUR EYES. 1: you can’t wear helmets at all. 2: It doesn’t count when picking perks. Just don’t pick this perk.

And now you’re all set. Go out and start playing. For me I typically have my SPECIAL like this:

Agility 6 (because of Small Frame!)

How to get your SPECIAL stats up during the game

Get all ranks of Intense Training (perk). This can give you 10 SPECIAL points. I recommend using the “Perk Every Level” mod or “2 Perks Every Level” or else this requires 20 levels worth of perks. After getting all 10 points my SPECIAL now looks like this:

Next, when you have enough caps go to the implant clinic east of Freeside. With 7 Endurance you can upgrade each SPECIAL stat and also get the perks if you want. You don’t have to do all at once. Start with Intelligence as soon as possible and then get the rest whenever.

Then there are a few extra SPECIAL points available in the DLC:

Lonesome Road gives +1 to any (I always pick charisma)

This gives you a total of:

Now the rest depends on your gear:

After this you can either pick a hat+glasses or a helmet.

Lastly is situational clothes. Stuff you put on when you need an extra point in something.

For luck get the nightwear set from Mick and Ralph’s in Freeside. For charisma get the duster in Primm’s Sheriffs office. General Oliver’s uniform gives +2 charisma, but the game ends just after you get it. If you use a mod so the game doesn’t end after the battle of hoover dam this is a really good set.