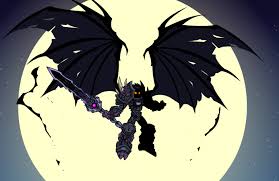 This is a guide over Arenas in Castle Crashers. This is my first tier list, not guide, so tell me if i should add anything.

The Thieve’s Arena is the second arena you unlock in the game. Unlike the others, you can use any mount here excluding the deer or floatation devices. However, this is less newb friendly as the King’s Arena because these guys spam arrows. For this arena, you can try using Rammy while corner blocking. This is time consuming, but it will help you win at the arena unless a thief rarely flanks you. The horse mount can be the most useful in Thieve’s Arena, since if you spam heavy attack, it continuously light attacks, possibly trapping the enemy player. However, mounts do not appear in the singleplayer mode, only in multiplayer. Upon beating this level, you will get the Thief character.

The King’s Arena is the very first unlocked in the game and is gotten by beating Castle Keep. Blacksmith (level) unlocks with it too. This is the most newb friendly arena and is actually quite popular. There are the giant cats, just like in every arena except #3. You can beat this the same way you can beat thieve’s arena and any other arena. In this arena, you get Barbarian upon completion.

The volcano arena is the third arena you unlock in the game. You can unlock it after beating Cyclops Fortress and it unlocks along with Lava World and Volcano Store. Unlike the rest of the arenas, it does not have cats, but rather lava geysers. You can use these to your advantage and have your enemy get blasted in the air by the geyser, or you can use rammy and corner block. When beaten, you unlock Conehead.

This arena, unlike others, has a slippery floor. (Duh it’s freaking ice.) With the ice, it can be hard to maneuver your guy, as the Iceskimos (singleplayer) or the enemy player (multiplayer) can get you. This arena, when beaten, gives you the Iceskimo character, which looks like a really awesome Thief. This arena has the cats, like all others except volcano arena.

This is the most disappointing arena, since you don’t get the Snakey, the guys you have to fight in the arena, but instead the peasant. It’s basically an old king’s arena with tall grass everywhere. (A wild Rattata appeared!)