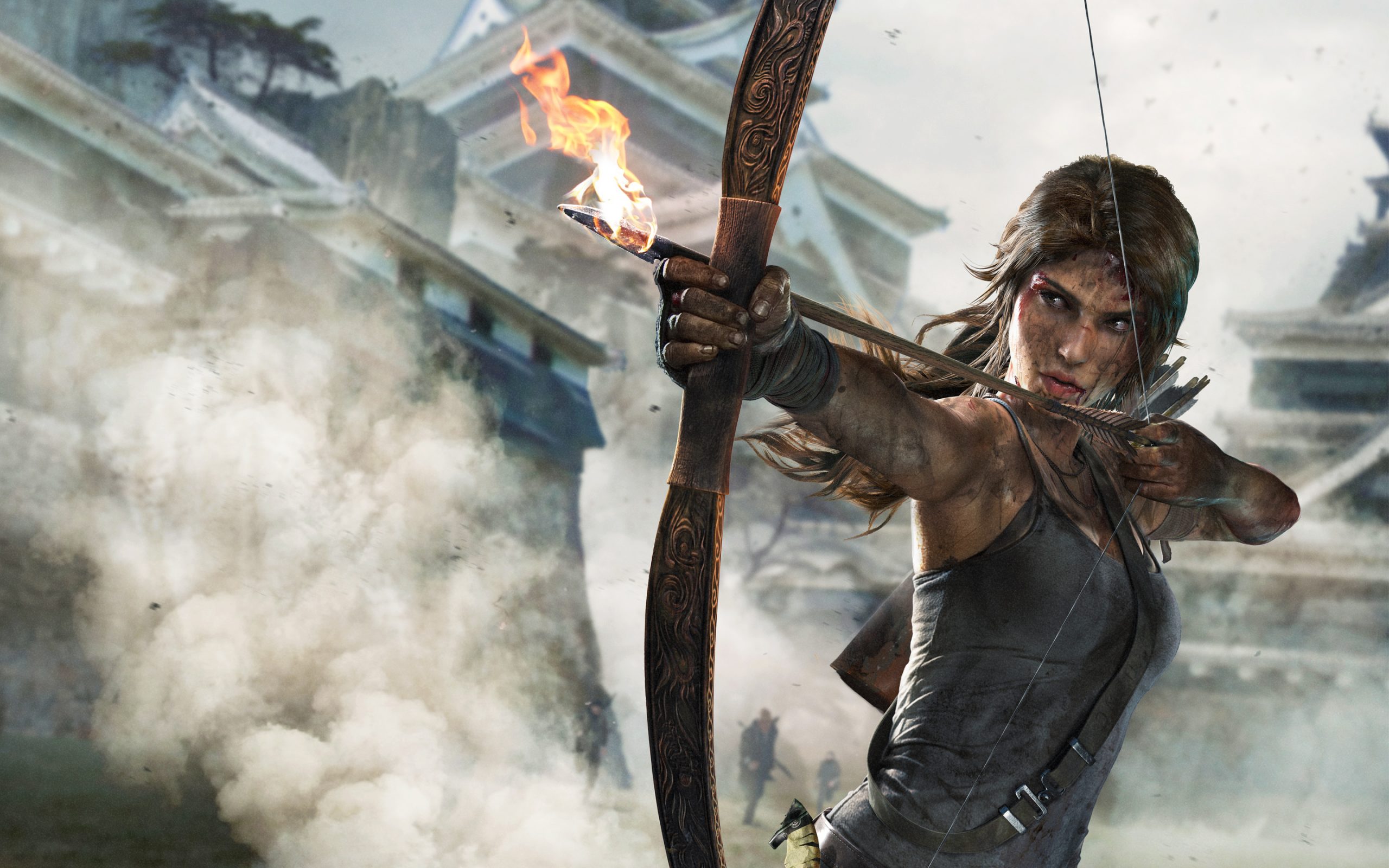 Hey i will make a beginners guide today for beginners in Tomb Raider becuse it’s hard in the beginging. I will walkthrough the game 🙂

Upgrades for Lara and her equipment.

This is Lara Croft’s access to three categories of Skills, divided into Survivor Skills, Hunter Skills, and Brawler Skills.

Pain Tolerance
Dirty Tricks
Axe Strikes
Axe Expert
Dodge Counter
Dodge Kill
Dodge Kill Mastery
Experience points earned to fill out Lara’s XP shield will bestow one skill point to improve/unlock one of the skills. Lara must invest 7 skill points in “rookie” skills to unlock the “hardened” tier of skills. She must then invest 7 more skill points on her hardened and rookie skills to unlock the final tier of expert skills.

Adventurer
Played a match to completion in all multiplayer modes.
15G

Archaeologist
75% of all relics collected.
20G

Artilleryman
20 enemy players killed with a turret in multiplayer.
15G

Bookworm
25% of all documents found.
5G

Boom Goes the Dynamite
Shoot a thrown explosives out of the air.
10G

Chatterbox
Talk with all crew members of the Endurance (missable).
25G

Clever Girl
Purchased all skills in one category.
5G

Down and Dirty
15 finishers performed.
10G

Get Over Here!
5 enemies rope pulled off edges.
10G

Good Samaritan
Revived a teammate in a multiplayer match.
10G

Historian
75% of all documents found.
25G

I’m all that!
Won a ranked match in every multiplayer mode.
50G

Lethal
Purchased all skills in all categories.
15G

Lights Out
10 multiplayer enemies killed with the melee attack.
10G

Looking for Trouble
25% of all GPS caches found.
20G

Monkey Around
Survived 3 times in multiplayer by using the rope ascender.
10G

On My Way Up
Multiplayer level 10 attained.
20G

Shopaholic
Purchased all upgrades and characters in multiplayer.
15G

The Professional
All weapons fully modded and completely upgraded.
30G

Widowmaker
40 enemies killed with the shotgun.

There are 13 Challenges which are not marked on your in-game map with any markers. Clearing all challenges will result in the follow award.
¨

You may want to use the Interactive Map to resolve the issue of not having these marked on the in-game map. Once unlocked, you can access each area via fast travel — except for Cliffside Bunker. You need to manually travel here via the ziplines at the far end of Shipwreck Beach.

There are seven optional Tombs in Tomb Raider. Completing them all will net the following award, as well as a Treasure Map (or partial treasure map) for an area on the island. An “8th” tomb, available as DLC and included in the Definitive Edition (Tomb of the Lost Adventurer), does not count towards the achievement condition.

You may attempt to locate all seven of the Tombs (the other Treasure Maps are stand-alone rewards for exploration) using the Tomb Raider interactive map.

Yamatai isn’t an ideal vacation spot. With constant buffering storms, aggressive wildlife and an indigenous population of lunatics, this is one island you probably shouldn’t visit anytime soon.

Unfortunately for Miss Lara Croft, she doesn’t have that luxury. She’ll have to content with the following enemy types on her adventure:

Archer: Archers are enemies who fire arrows from bows. They can be human or Oni, but they behave the same.

They’ll use cover routinely to try and avoid Lara’s attacks, and are also known to attack with melee weapons should you get too close.

Several Archers later in the game also have armour, meaning they can’t be killed as easily as previous enemies in the game.

Fire Bomber: This enemy spends most of his time behind cover, so he can be quite tricky to kill unless he comes out of cover. The enemy is clad in what appears to be a white hood. The fire bomber will throw molotov cocktails at you, and the flames do spread in a small radius, so it’s best to head somewhere else for cover.

You can also use the rope arrow to pull the cover down in front of this enemy, giving you a clear shot before he finds more cover.

Grenadier: Grenadiers behave like Fire Bombers, but throw explosives instead.

These guys tend to show up more towards the end of the game, and generally replace Fire Bombers as the projectile-based enemy of choice.

If they’ve thrown an explosive at you – MOVE! Staying still will get you blown to bits or thrown away for heavy damage.

Remember you can use Lara’s Scrabble move to quickly get out of a tight spot.

Melee Specialist: This enemy has a machete (or a sword) and is wearing a different uniform from a standard archer or rifleman.

The enemy will not wait behind cover unless he is being shot at. If he has an opportunity, he will run towards you and attack you with his weapon. Take special caution with this enemy, because this enemy could easily cause you to die if he gets too close. However, fire a shot in his direction (even if you miss), and the enemy will quickly find cover and stay for a few seconds until it is safe.

If he does get too close, don’t fret, because you can shove him off and dispose of him quickly. An indicated button will appear for a short moment, and is the same button as the “Kick” command. This will cause the enemy to stagger, giving you precious seconds to get a headshot.

You can also invest in skills later in the game that allow you to dodge and counter attacks – highly handy for battling these guys.

Some melee specialists also have armor.

Oni: Oni are bigger, fatter, tougher versions of the cultists Lara encounters on the island. Apart from their increased toughness, the same firearms, dodging, and Dodge Kill abilities will work against them.

Wolves: Large, black wolves that appear outdoors, especially at night. They tend to come out of bushes at quite a bit of distance away from Lara. One shot to head will quickly dispose of the wolves, and with a good distance between Lara and the wolves, it isn’t that hard. If the wolves get close to Lara, a QTE event may occur, where Lara wrestles a wolf off.