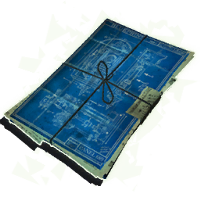 Found:
1.) During mission 2, “High Overseer Campbell”. Can be found in a locked cabinet in the Overseer’s workshop in the Backyard

2.) In Daud’s Chest in The Flooded District

Found:
1.) Can be bought from Griff(see Griff section at bottom for more info)

2.) Can be found in Anton Sokolov’s greenhouse during The Royal Physician.

Effect:
Allows purchase of Incendiary Bolts for the crossbow

Found:
1.) During “House of Pleasure” in the Distillery(Slackjaw’s place) in the room behind the rolling metal door.

2.) During The Flooded District in a basement near the Gateward Tunnel exit.

Found:
1.) During “The Royal Physician” in the first warehouse on the desk next to the electric cart lever

2.) In Daud’s chest during The Flooded District

Found:
1.) During “Lady Boyle’s Last Party” in the security office located near the entrance.

2.) During The Flooded District in the looter’s warehouse

Found:
1.) During “Return to the Tower” in General Tobias’s office

2.) During The Flooded District inside an abandoned rail car in Central Rudshore.

In order to purchase blueprints(and other materials) from Griff, you must dispatch the two gang members who are berating him in the second mission “High Overseer Campbell”. They can be found in the Distillery District, in the lower road to the side of the area between the first and second wall of light. If you head directly away from Granny Rags house, take the first left, and go to the end of that road you’ll see them.

You can either knock out or kill the thugs.

This guide is still being put together. Helpful screenshots are on the way and so are DLC blueprint locations.

All locations were found with the help of the Dishonored Blueprints Wikia page[dishonored.wikia.com]. Credit goes to editors of that page.

Also, it is possible for there to be more locations for blueprints then what has been listed. If you find one, please let me know and I shall add it.