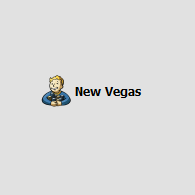 A list of mods for someone playing New Vegas for the first time, and so strive to preserve the vanilla vision without all the horrible stutters and crashes.

I’m going to detail all the mods I have tracked down and installed for the last 3 days so that if anyone else wants to play FONV they won’t have to waste so much time like I did. There are already other vanilla guides out there of course, but they haven’t been updated for so long that a lot of links are broken, and some mods have been superseded by better ones later down the line.

Since I only want a vanilla experience, only bug fixes and remaster mods are included with 1 exception: Better Pickup Prompt. I will explain why later.

I recommend using Mod Organizer 2[www.nexusmods.com] (MO2 henceforth) for mod installation so that you can attach and detach the mods easily and don’t have to worry about making a backup of the original game file before installing. 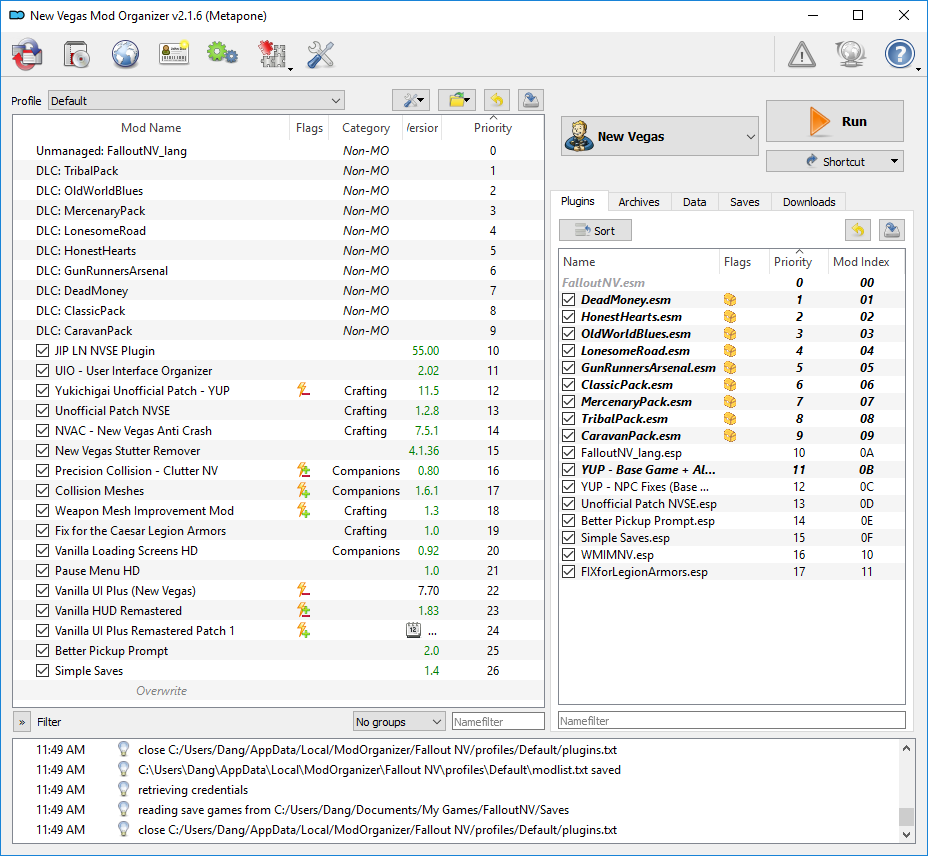 The base for many mods below, it adds a plethora of new functions for modders to use. Truly a godsend.

This one you must install directly to the game folder, so if you’re playing FONV on Steam, remember to reinstall it after doing a force-recheck. Skip the part about starting the game through nvse_loader.exe since another mod will also take care of that below.

Also, using MO2 or put it directly in the installation folder, create a file called NVSE_Config.ini in DataNVSE and put this inside:

Yeah, FONV only recognized 2GB of RAM at first. Don’t ask me why.

Actually, I’m pretty sure you can just go to the Ogg Vorbis Libraries website and download them yourself. But this is more convenient.

An extension for an extension. Another godsend. Players, note the bQttSelectShortKeys section to update it to your liking.

More of a safeguard feature, this extension ensure any UI/HUD mod installed will work in harmony with other mods.

A compilation of vital bug fixes

Yup. The one and only YUP. If you ever decide to install one, and just one, patch for this game, this is the one you grab.

Fixes a lot of bugs/oversights that require NVSE or otherwise didn’t make it into YUP.

To err on the safe side for a vanilla experience, I recommend this instead of Unofficial Patch Plus.

It spoke. It delivered.

..improve worst-case performance. Which helps with some stability issues too.

I’m sure no full modding guide will ever leave this mod out, and I ain’t intend to be the first.

If you are running Windows 10 AND have a problem with this mod AND don’t want to tinker around a bit with .ini files, try New Vegas Tick Fix[www.nexusmods.com].

Bet you will love this: 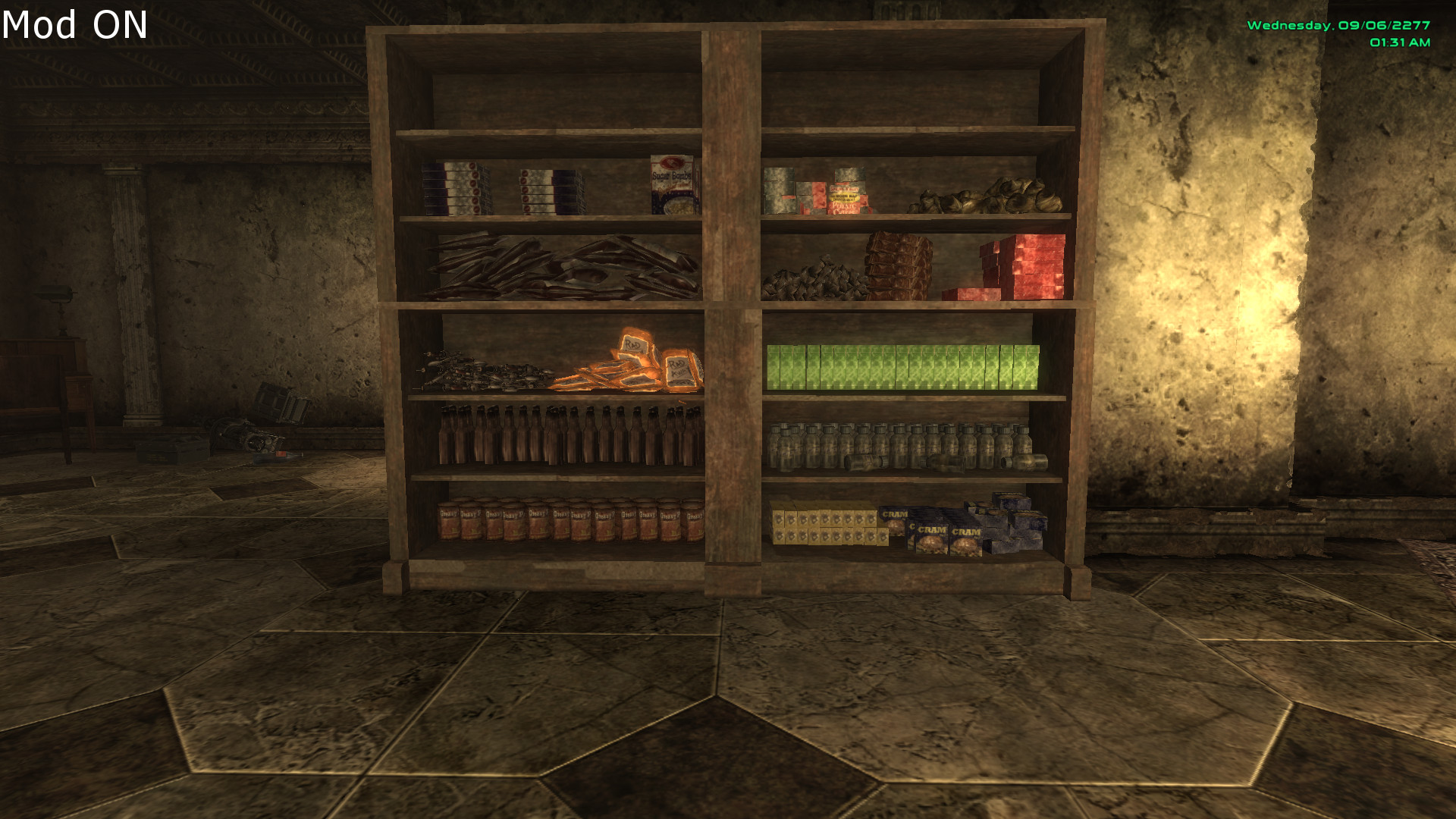 Neat. Here’s with no mod: 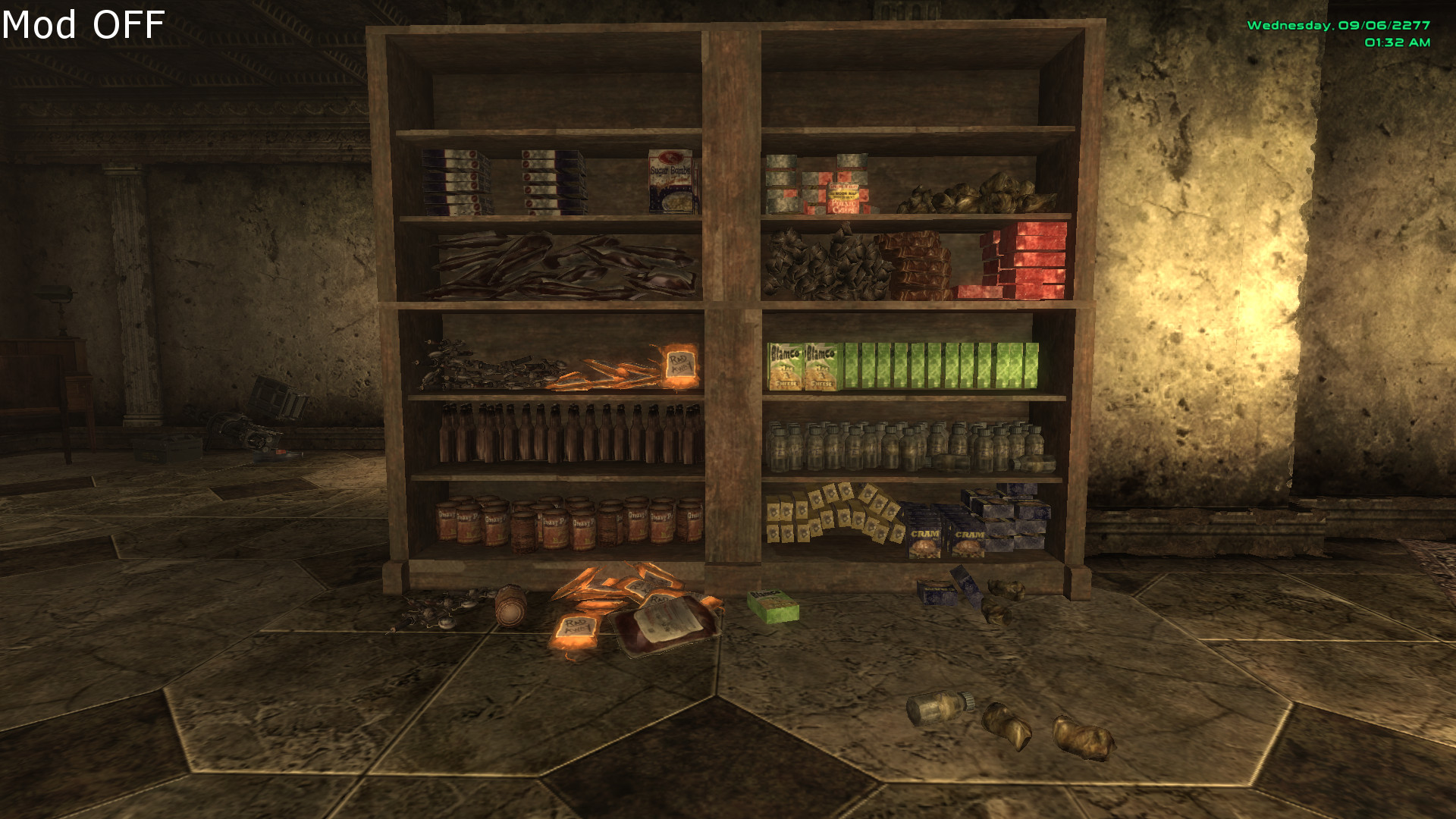 This mod fixes some of the worst collision meshes in the game!

Now you can shoot through car’s window, or through the fences. Isn’t that great?

Fix for the Caesar Legion Armors

100% approved by the mighty Caesar.

Since the first time you noticed it, New Vegas has never looked the same anymore. 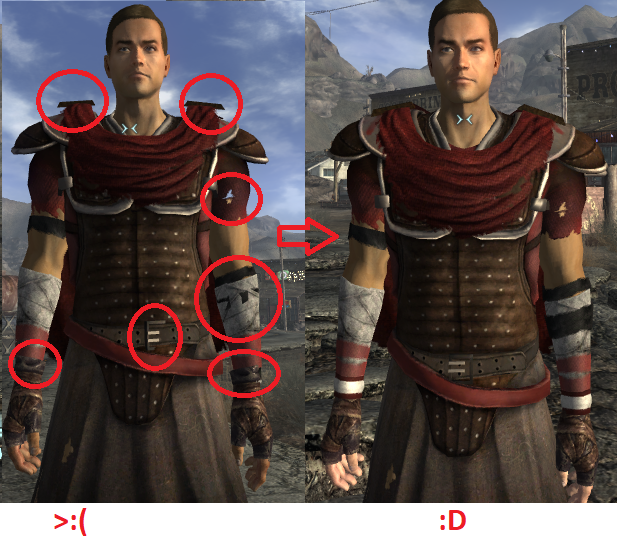 A lightweight mod that automatically creates saves every 5 minutes (by default) and when you level up.

Makes several improvements to the HUD pickup prompt that appears when you look at an item.

Arguably not a bug fix, but a vast improvement when you travel the wasteland and decide to just hoard everything. And occasionally saves your life too. 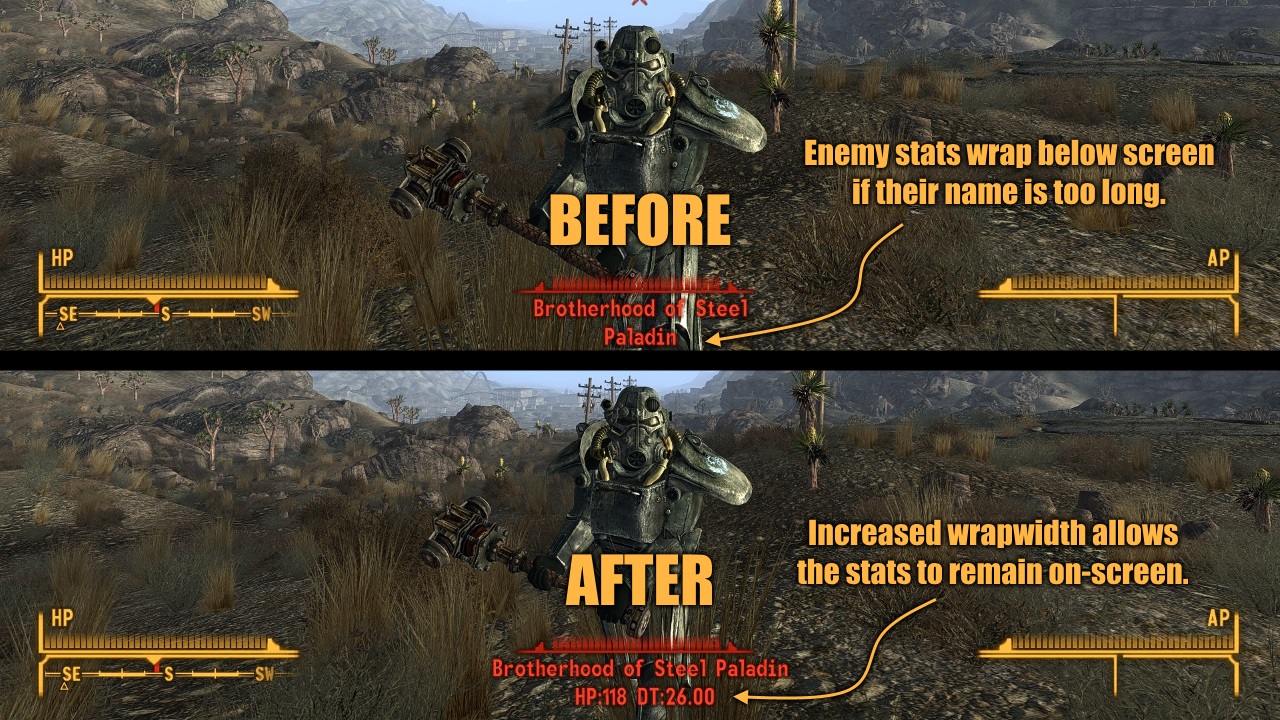 Doubles the resolution of the textures of loading screen artwork

Finally, we’re done with the bug fixes. Time for the remasters.

It’s the little things that count.

…greatly improves the user interface without compromising the original style.

Picking up the works since Obsidian don’t have time to update the HUD for PC gamers. This is one of the mods that I only installed after having play through the game a bit and realized the UI is really for console only.

…update the HUD for 1080p resolutions or higher

But who cares about this stat? The creator, apparently.

Adds more detailed physics to many movable objects in the game.

Even the creator knows it’s unnecessary. I mean, this isn’t Garry’s Mod. That said, I would have installed it for kicks and giggles if it didn’t conflict with the mesh mods, but it does.

Decompresses the Fallout New Vegas BSAs and repacks them without zlib compression for performance, Also transcodes the .ogg sounds effects to .wav so they work. It also extracts any mp3 files to loose files because they will not play when in a BSA.

“This one is really good for performance” they said, but install it through MO2 isn’t as straightforward as the other mods so I put it here. Here’s a guide. If you get the error

when try to use MO2’s INI Editor, go to said file through Explorer and uncheck its “Read-only” property.
Note the correct line to insert into fallout.ini is

Either you set it to read-only, to re-insert it every time you launch the game launcher or Steam because they override the setting.

I hate it when Alt-Tabbing every Bethesda game it either crashes violently, lags horribly or in FONV’s case, loops the sound to eternity. In my case I just set the game to Borderless Window, but if your computer isn’t strong enough this mod fixes that issue with minimal reduction in performance.

Fixes a lot of things not covered by Yukichigai Unofficial Patch.

Man’s got a hell of an attention to details. Grab these 2 files (check the file tab):

All textures are 2 to 4 times the original resolution.

AI upscaling always mess with tiny little details and the author has a big list of unfix issues there so I’m not too keen on this one. But maybe you will like it.

In-engine implementation of a famous Better Pickup Prompt﻿ without an .esp or .xml edits.

I should probably use this one instead of the original mod for my next playthrough.