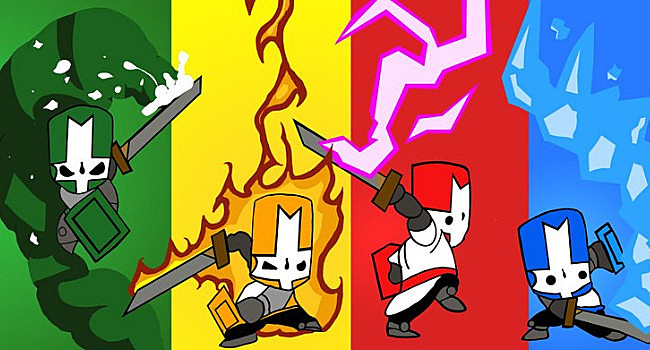 This guide purpouse is for helping you guys!

I’m making this guide because I got all the achievements in the game and I want to share with you people how to get them in the fastest and easiest way possible! Please give it a rating if it helped you so other people can find it faster! :3

This achievement can be done either online or offline. To get it, you must complete the first part of the game by not killing any enemy from the very first level (Home Castle) to the fourth level (Barbarian Boss). To do this online, have a friend kill all the enemies while you just walk around him doing nothing. To do this offline, you need a second controller. Just kill everyone with the second controller while one of the players does nothing.

For this achievement, you have to kill a boss by playing as one of his minions. First of all, you need to unlock an enemy character, then fight a boss and kill him with that character. To do this, play the game until you unlock the ”King’s Arena”. You need to fight 10 waves of enemies. After that, you will unlock the first enemy character, the ”Barbarian”. Now just go to the ‘Barbarian Boss’ section and kill the boss.

You need to navigate the ‘Abandoned Mill’ section without hitting any obstacles. You will be riding a deer while running from a boss. To get it, you need to dodge all the obstacles in the level, like logs and doorways. Take your time learning the level and you will get it in no time!

For this one, you need to fling a knight with a catapult at maximum power. On the ‘Flowery Field’ mission, you will get into a catapult and there is a tiny minigame where u need to press ‘X’ at the right time to fling it with maximum power. It will take some time or you will be lucky and make it on the first try like I did. If you don’t succeed, reload the last checkpoint and try again.

For this achievement, you need to win 40 arena matches. They must be online matches! I strongly recommend to get boosted by a friend. If you can’t find anyone, let a thread on the community to find players, because the online game is pretty dead and it will take a lot of time to find arena games. So good luck with this one!

You need to find and dig 10 buried items. First of all, you need to advance in the story and reach the ‘Desert’ part. You will acquire a shovel in the level. You will need to select it and search for little ‘X’ spots on the ground. With the shovel equipped, stand on the little ‘X’ and rapidly mash ‘B’ a few times. An item will pop from the ground. It can be an animal orb, food, gold or weapon. This achievement is cumulative. Dig 10 items and you got another achievement!

For this achievement, you need to beat an fellow player to kiss a princess. In online play, after you beat a boss to save a princess, you will need to kill the other player to kiss the princess. This doesn’t have to be done in one sitting, so this will require time or can be done quickly with a friend. Here’s the princesses locations:

You need to revive each of your fallen comrades at least once in a 4 player match. This one was a real pain in the ass for me. It took me weeks to find people who wanted to help me get this achievement. In online games, when you die, you remain still on the ground. You need to walk over their bodies and a tiny minigame will start. You need to resuscitate them by pressing ‘Y’ at the right time. You need to do this with the 3 other players that are downed.

For this achievement, you need to complete the game using any character. This is pretty much self-explanatory. Just finish the campaign and after the credits the achievement will unlock.

This achievement is probably the hardest to do, at least for me. You need to find all the animal orbs in the game, while some of them needs to be buyed. Here is a list where to find them all: