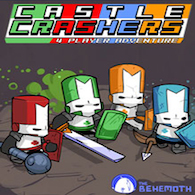 Castle Crashers is a fast paced, action packed, 4 player co-op adventure game by The Behemoth. With charming cartoonish graphics, a good old “Beat ’em up” style thrown into the mix, as well as tons of characters and unlockables, it is hands down my favorite game of all time. Well, there are many new players out there that are looking for some help on how to get started. What is an animal orb? What weapon is the best? Who should I pick as my starting knight? This guide answers all those questions and more. Everything you need to know to play Castle Crashers is right here. Heck, even an old player could learn something from it.

Castle Crashers is a Beat ’em Up style game by The Behemoth. Once you enter the game and select your knight, you will be placed in a party where everyone is dancing and having a swell time. Until, a dead knight comes tumbling in and dies. Then the battle begins. 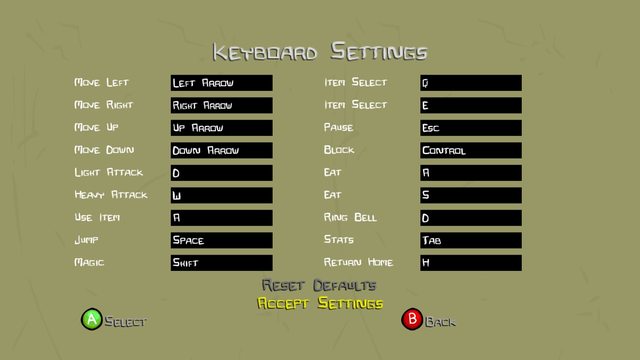 Here are the basic controls. Now, if your new, you probably don’t know what any of this means.

Well, first off, use the arrow keys to move around. This game has a unique feature that lets you go up and down as appose to just side to side.

Now, press the spacebar to jump. In the feature, you will find that jumping is helpful for creating powerful combos.

Press D to do a light attack. It’s fast!

Press W to do a heavy attack. It does great damage!

Next, hold down shift. Your character should now have magical steam around him. While holding down shift, press “W” to cast your magic. You magic varies on which character you chose. Some magic is better then others, so be careful what you choose!

Press and hold control to put up your shield. Enemies can’t hit you while you’re holding down shield, but you go slower and can’t hit.

Use Q and E to cycle through items in your inventory. (You shouldn’t have anything right now.)

Press A to activate a selected item.

NOTE: You can change these controls.

When you go up to an enemy, you can press D or W to damage them. Enemies have a certain amount of health. Depending on how well your strength is, you will deal a certain amount of damage. By default, I believe it is 4. For every hit you do, a number will appear above an enemy showing how much damage you dealt. The same goes for using your magic attack.

The idea of the game is that you go through a level from left to right, defeating certain enemies. At certain points in a level, you will be greeted with a boss or a mini boss. You can tell when a huge red health bar appears at the bottom of your screen.

Walk over gold to collect it. You can use this gold for weapons, animal orbs, health potions, and more!

Walk over food to eat it. This food will give a quick health boost!

On the first level, you will unlock a bow, press E to use it!

There are four basic starting Knights you can play as once you launch the game, excluding DLC. These four are Blue Knight, Green Knight, Orange Knight, and Red Knight. You can unlock other characters by beating a certain level, or beating the game with a certain character. (Or buying DLC.)

You will have a big advantage later in the game if you choose a good starting knight. Most new players will choose one because he “Looks cool.” Trust me, you’ll regret this later on.

Here is a tier listing for all the knights.
(Also note that this may be confusing for new players. Just choose the one on the top.)

Your best bet would be to pick the Blue Knight.

The Basics of Combat and Combos

To progress throughout the game of Castle Crashers, you must kill your foes. To kill them, you must damage them. (Obviously.) To damage them, you have to press a button. 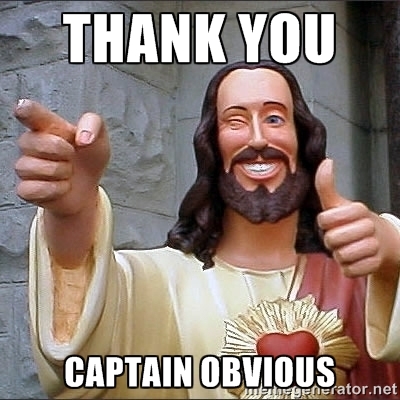 No seriously, this guide is for absoulute dummies and nerds alike, so I have a huge target audience here.

To efficiently kill an enemy, you need to perform a combo. Combos are a certain combonation of buttons that do either extra damage, or are quicker then normal. There are combat combos, and magic combos. We will cover magic combos in the next section, but for now, lets get into combat.

Also note that I will be saying controls that go to a controller. Here is a quick translation:

Some of the combos include:

Y (Near a standing enemy) – Throw – Throws an enemy

Y (Near a knocked down enemy) – Stomp – Stomps on an enemy

Y, Y – Heavy Spin – Does a heavy attack and then spins

A, X, X, X, Y (Repeat) – Juggle – Throws an enemy in the air, stunning them as well as doing damage – Level 8 is optional, but works better

Sprint (Gain speed), X or Y – Dive – Does a bit of damage will falling into an enemy – Level 4 required.

The Basics of Magic and Mana

As well as basic melee, you can use magic to kill an enemy. Magic can be made one of your most powerful attacks in the game if leveled enough. It is great for new players as it doesn’t take as much concentration as melee.

To start off a magic combo, press and hold Shift. Dust should rise from your Knight. Now, if you perform a combo, you need to press a certain button whilist holding RT. If you perform a combo, that blue bar right below your health should go down. This bar is called “The Mana Bar.” If you perform magic attacks, your mana bar will go down. But, this bar slowly recharges overtime. If you upgrade your magic stats, you will learn new magic attacks (also known as “spells”) and your mana bar will charge faster. If your mana bar runs out, you will not be able to perform any attacks until you have enough mana to do so. Most attacks will become cheaper as you upgrade your magic.

Here are the combos of magic you should know:
(Check above for a control translation)
RT + Y – Splash attack – A simple attack that varies on the character. As you level your magic up, you will have more range and damage with this attack. – Level 1 magic needed. (You have 1 magic be default.)

X, X, X, Y – Elemental Infusion – Does high damage, and for some an elemental effect. Does not require RT to be held down. – Level 15 Magic needed.

RT + A – Magic Jump – Jump higher then normal, as well as damaging anyone around you – Level 20 Magic needed.

The Basics of Items

Magic and Melee isn’t the only way to fight. You also have more items to help you along the way.

To select an item, press Q and E (RB and LB) to cycle through them. Once you have the desired item selected (you can see what you have selected near your character on the top of the screen.) press A (Or B, for XBOX 360) to use it.

Health Potion
Instantly fill your health bar. (Has to be used manually on singleplayer.)
Found at all shops

Bomb
Drops onto the ground, knocking back and damaging all enemies around it, with a fire effect.
Found at most shops

Horn
Opens up a gate, and finds 2 pets. Also shoots enemies into the air.
Given to you upon beating the Corn Boss

There are four “Elements” in the game. Each of them have a special effect. These elements include:

There are also “Normal Elements”, that do not include any special effects. They are:

The effects for the elements are:

Fire: Does 1 damage over time.
Poison: Does 3 damges over time. Better then fire, except that most enemies are immune to it.
Electricity: Shocks an enemy for a splitsecond. Pointless elemental effect.
Ice: Freezes an enemies for few seconds. The best elemental effect.

The effects for Normal elements are:

Castle Crashers is packed with special features – two of those being weapons and animal orbs. How do you get these? What do you do with them? That’s what I will be teaching you now.

Weapons are a core feature in castle crashers. By using them, you get a certain powerup depending on the weapon. Be default, the four basic knights are given basic weapons with no additions. But, as you progress through the game, you will find more weapons to add to your collection. To few your weapons, first you must complete the first level, then go to the Blacksmith. Go inside the giant animal frog thingy. Here, you can see your weapons. Go over to a weapon, then press D to equip it. When you are near a weapon, you can view it’s stats. The stats that can be added are:

Some weapons have a chance of doing an effect. The effects are:

You can find weapons in secret areas of a level. Later in the game, you get a shovel, which can be used to dig up Xs on the ground. Doing this could reveal a weapon, animal orb, gold, or even fruit!
(Remember, you press D to equip a weapon.)

Animal Orbs are tiny little pets that will follow you around the world of Castle Crashers and provide special powerups and enhancements. They can perform special attacks, add extra stats, and more.

Check here for a complete guide to animal orbs, what they do, and if they’re good.
[link]

Castle Crashers has a clever leveling system that works very well and there are many way to get better at it.

The different attibutes are:

To level up, you need to fill your pink XP bar. To do so, you have to have a certain amount of XP. You don’t get 1 XP per kill, you get 1 XP per hit. (Unless you have Giraffey, who gives you a bonus 0.1 XP per hit.) Thus meaning, if you take a more to kill an enemy, it will give you more XP. If you have less strength, you will have more hits. Which means more XP in the bank. Here’s a complete guide on quick leveling:
[link]

I have so many resources to share with you! Things that can help you get better, and more!

First of all, you should join my steam group, Castle Crashers Army. There are tons of things there to help you get better! Check it out:
steamcommunity.com/groups/castlecrashersarmy

Next off, you should check out my Youtube Channel! I’ve got lots of videos on Castle Crashers, and more!
https://www.youtube.com/channel/UCO9DtxabZWZpv_k-rsUx7FA

Also, check out some of my guides! I’ve got quite a few:
[link]

Always remember to keep on crashing! 🙂