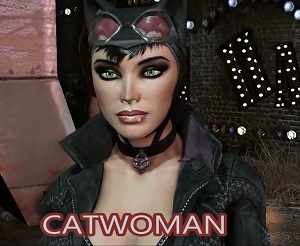 “This place is dangerous. I like it.”╺ Catwoman to Batman

Preferring to grow up on the mean and violent streets of Gotham City instead of her broken home, Selina Kyle used her stealth, cunning, martial art skills, and sex appeal to steal numerous treasures and objects of value as the cat burglar appropriately named Catwoman.
While on the opposite side of the law, Batman still sees the good in Selina due to her principled code of ethics with the pair becoming close allies at times. After being arrested and brought into Arkham City by Hugo Strange during a skirmish with Two-Face, Catwoman seeks to settle her score with Two-Face and take advantage of the chaos and confusion within the prison compound to satisfy her own greed and lust by breaking into the Confiscated Goods Vault and helping herself to all the loot stored inside.

Catwoman is a much more flexible character and her combat sequences are faster, requiring skill and precise control. However, Catwoman is limited to three gadgets: a whip, caltrops, and bolas. Also, she cannot use the special disarm takedown, and can only do a normal takedown, and two special takedowns. In combat, Catwoman uses her acrobatic abilities to take down her enemies, ranging from flexible kicks, to jaw-breaking knees to the face, sharp claws to scratch her enemies, and bone-breaking punches to knock out her enemies. Catwoman also seduces her enemies: one of her counters involves her kissing her enemy before throwing him over, and another involves a takedown where she puts the enemy’s head between her knees before cracking his neck. In Riddler’s Revenge, Catwoman taunts her enemies by saying things like, “Seriously, you boys don’t stance a chance,” and “Don’t make me humiliate you boys.” In stealth gameplay, unlike Batman, Catwoman can run behind her enemies without alerting them of her presence. This can prove advantageous for players who like to take out enemies quickly and effectively. Unfortunately, it is much more difficult and time-consuming for Catwoman to jump up to a vantage point, requiring a few leaps to do so, as opposed to Batman who can fire his grapple gun in one go.

As opposing to Batman’s “detective vision”, Catwoman has her own “thief vision”, which, in comparison, is much harder to use, presenting a more blurrier and dark image of the surrounding, without all the analysis and, much to make it quite useless, it can’t differ armed from unarmed thugs, making this skill very unused.

She also has a marking spot in thugs she can use her the flying hits, being three red claw, or scratch markings, though, due her lack of gliding skill, her flying attacks require more proximity to the target, but in closed spaces, the difference is barely noticeable, as she can use the same hanging spots Batman uses.

Her agility and razor-sharp claws will buy Catwoman some time in Arkham City, but without a strong ally or power base it is unlikely that she will remain unscratched for long. Catwoman’s best chance is to team up with one or more of the other villains, who are able to offer her some protection in return for her special skills—she is perhaps one of the greatest thieves in the world. 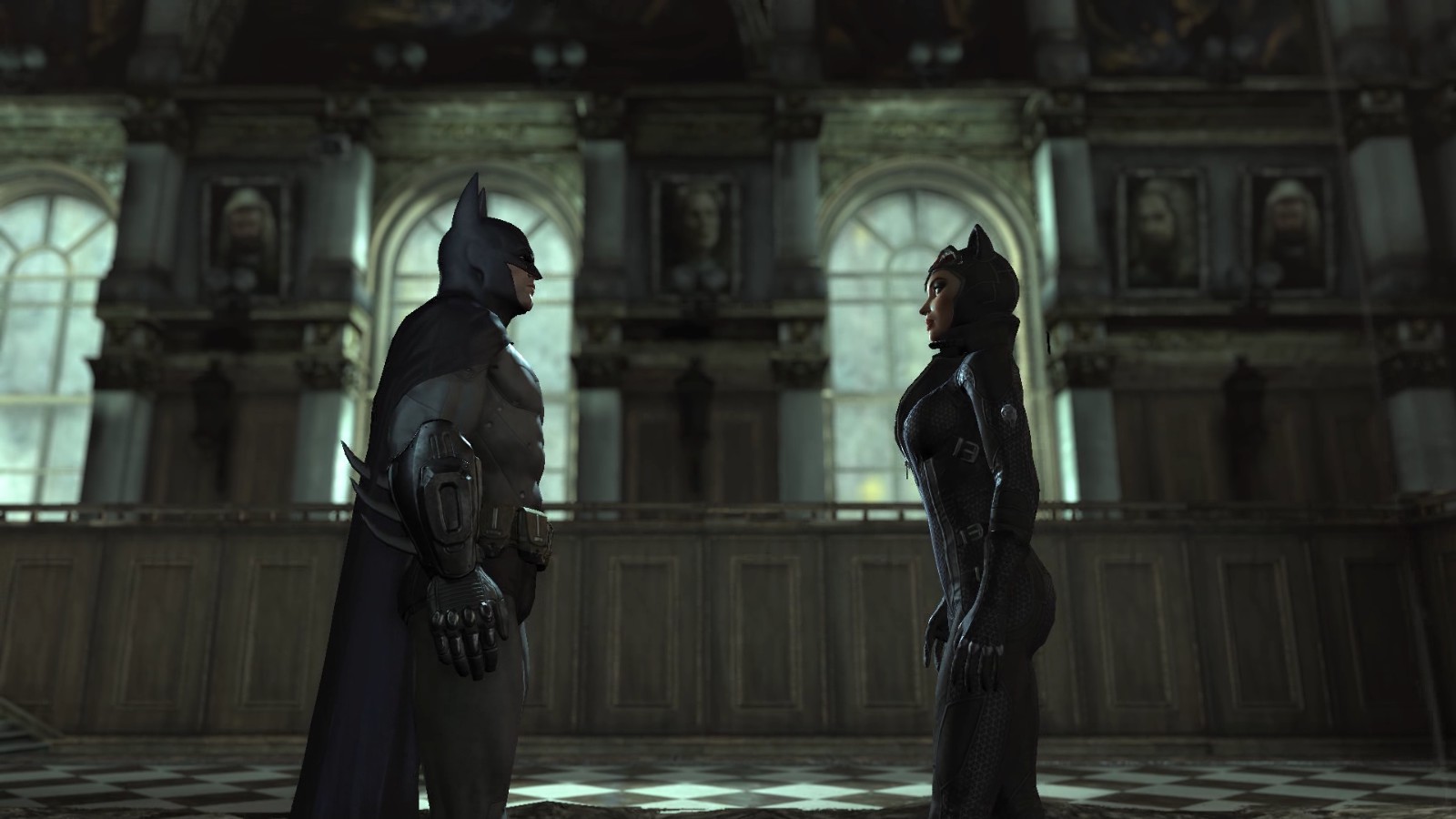 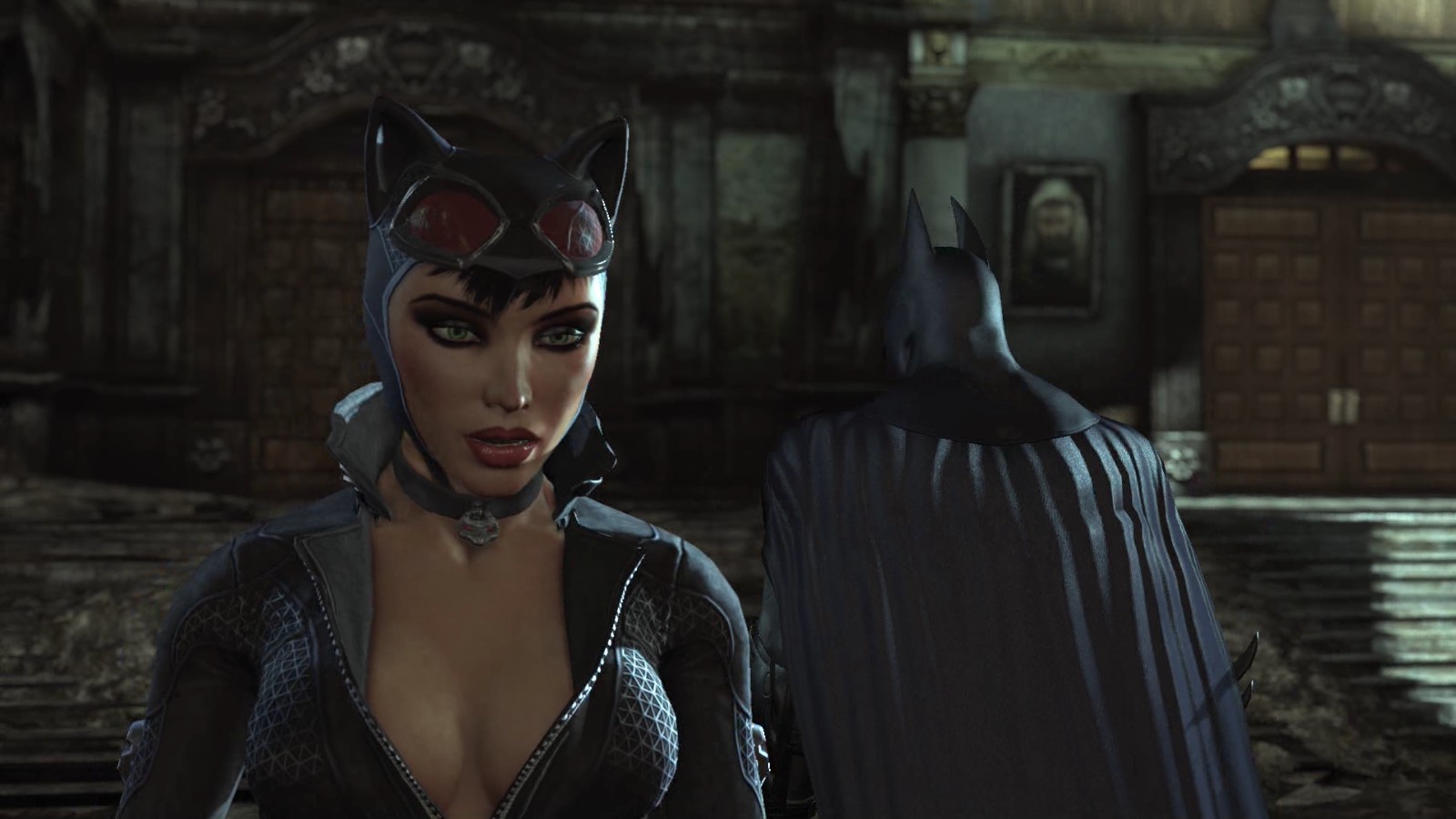 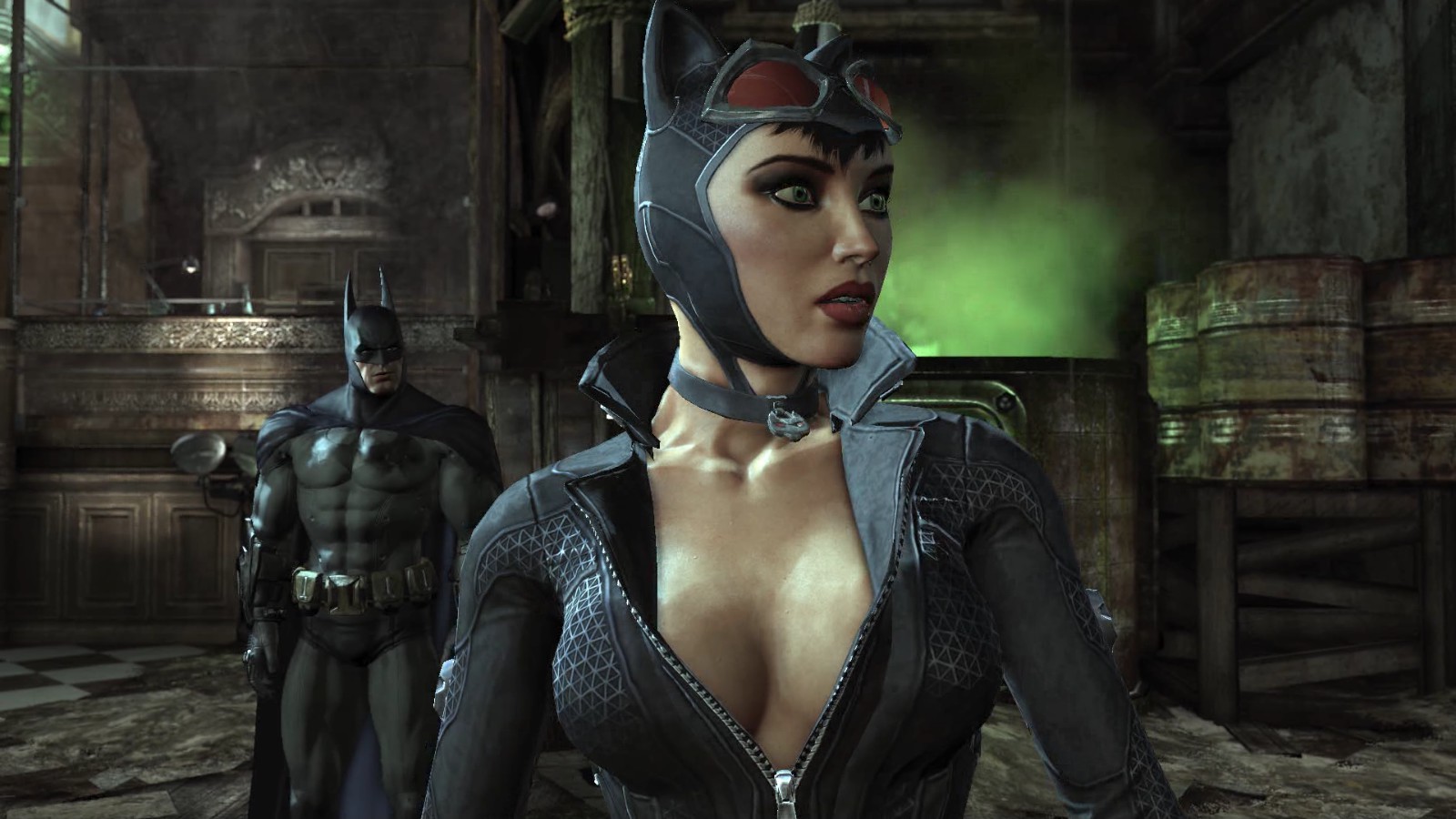 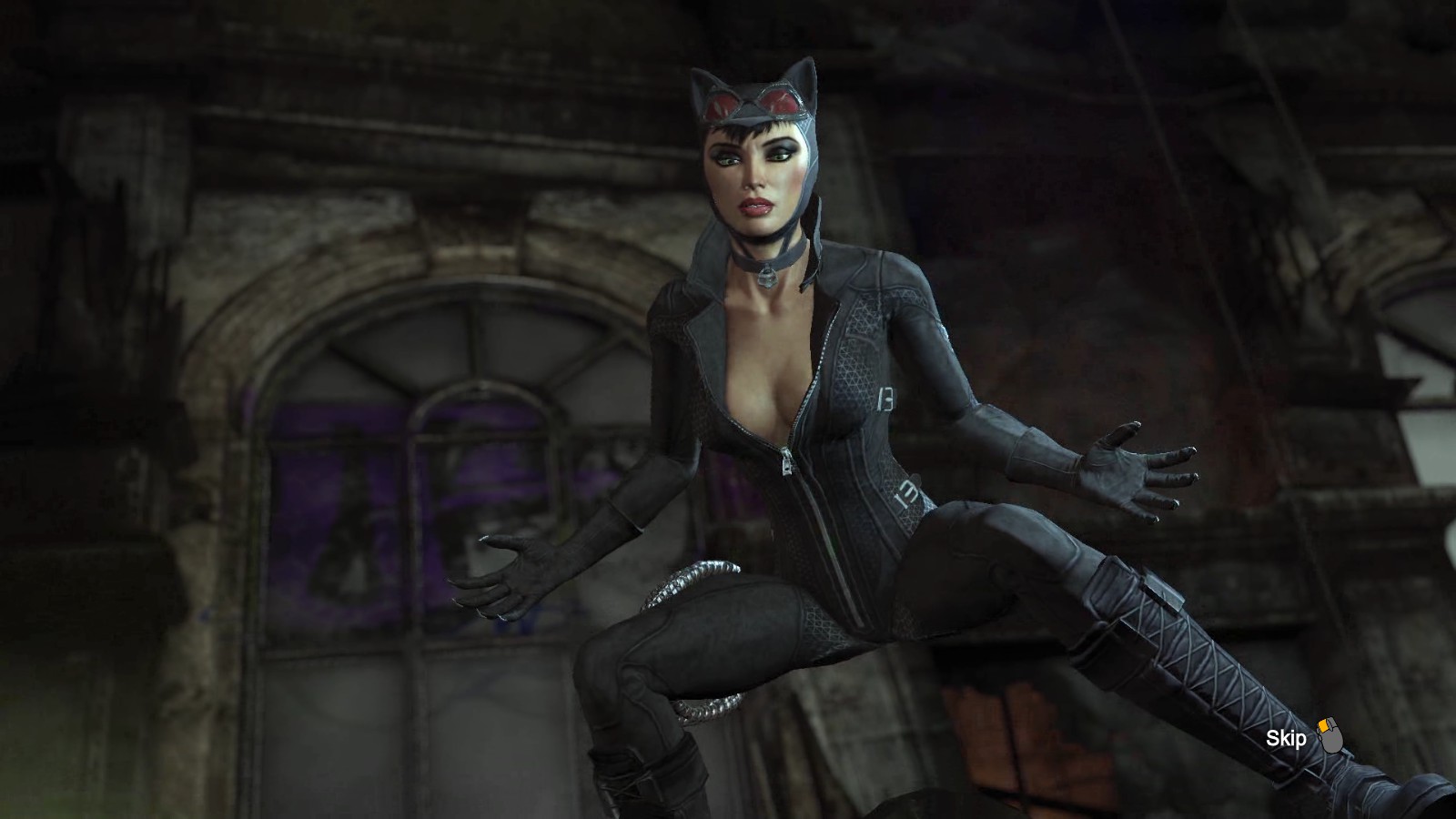 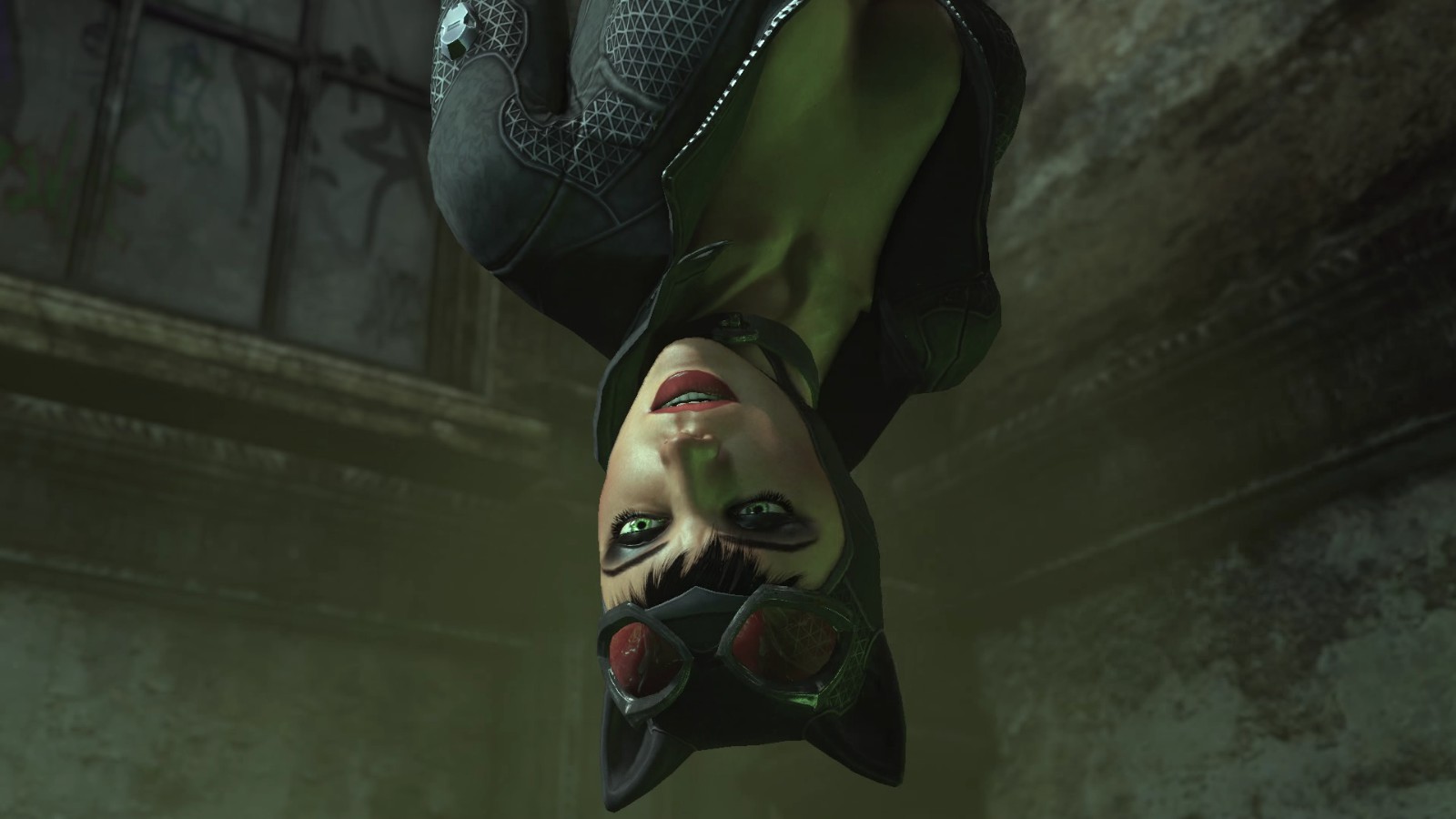 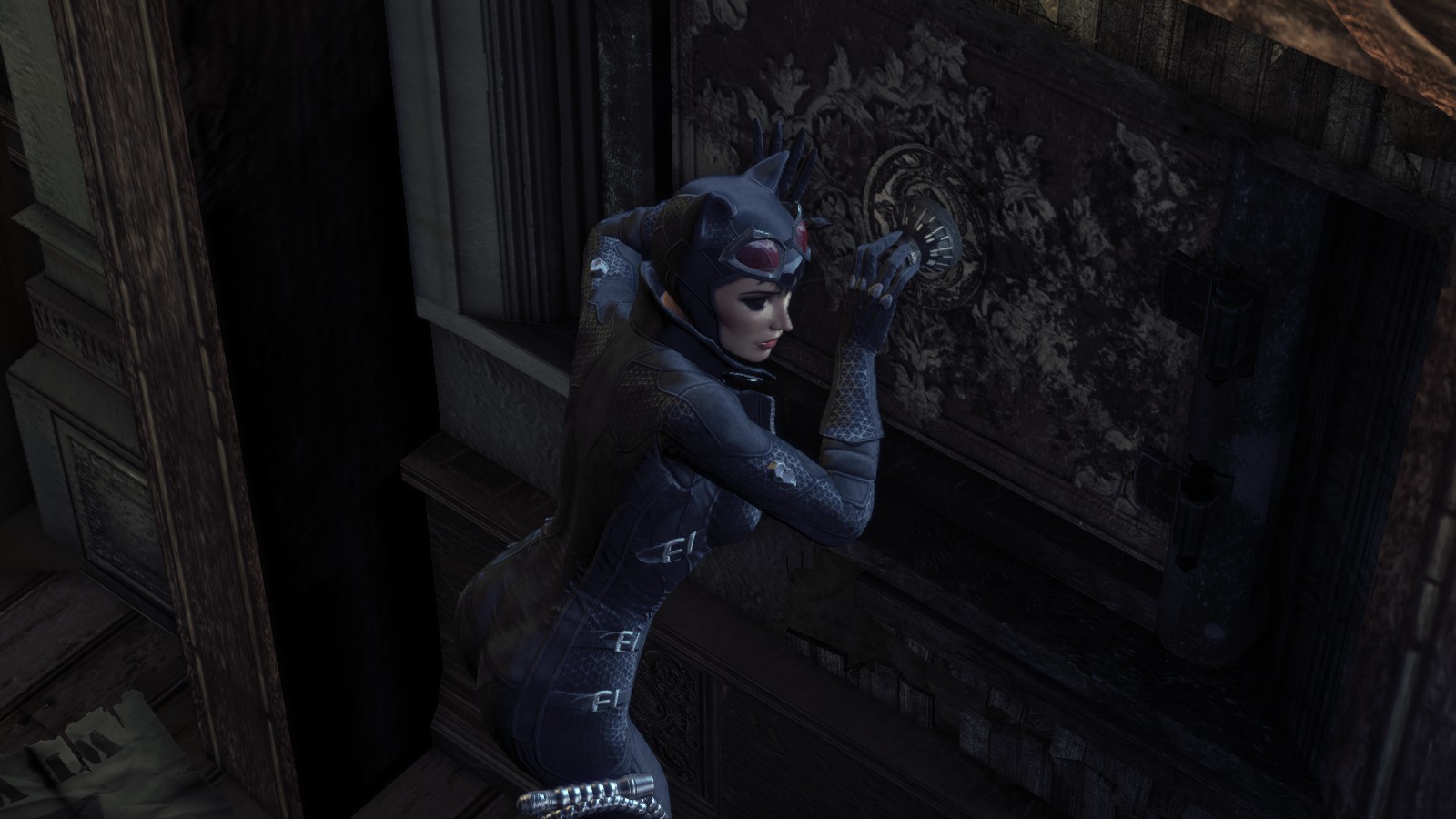 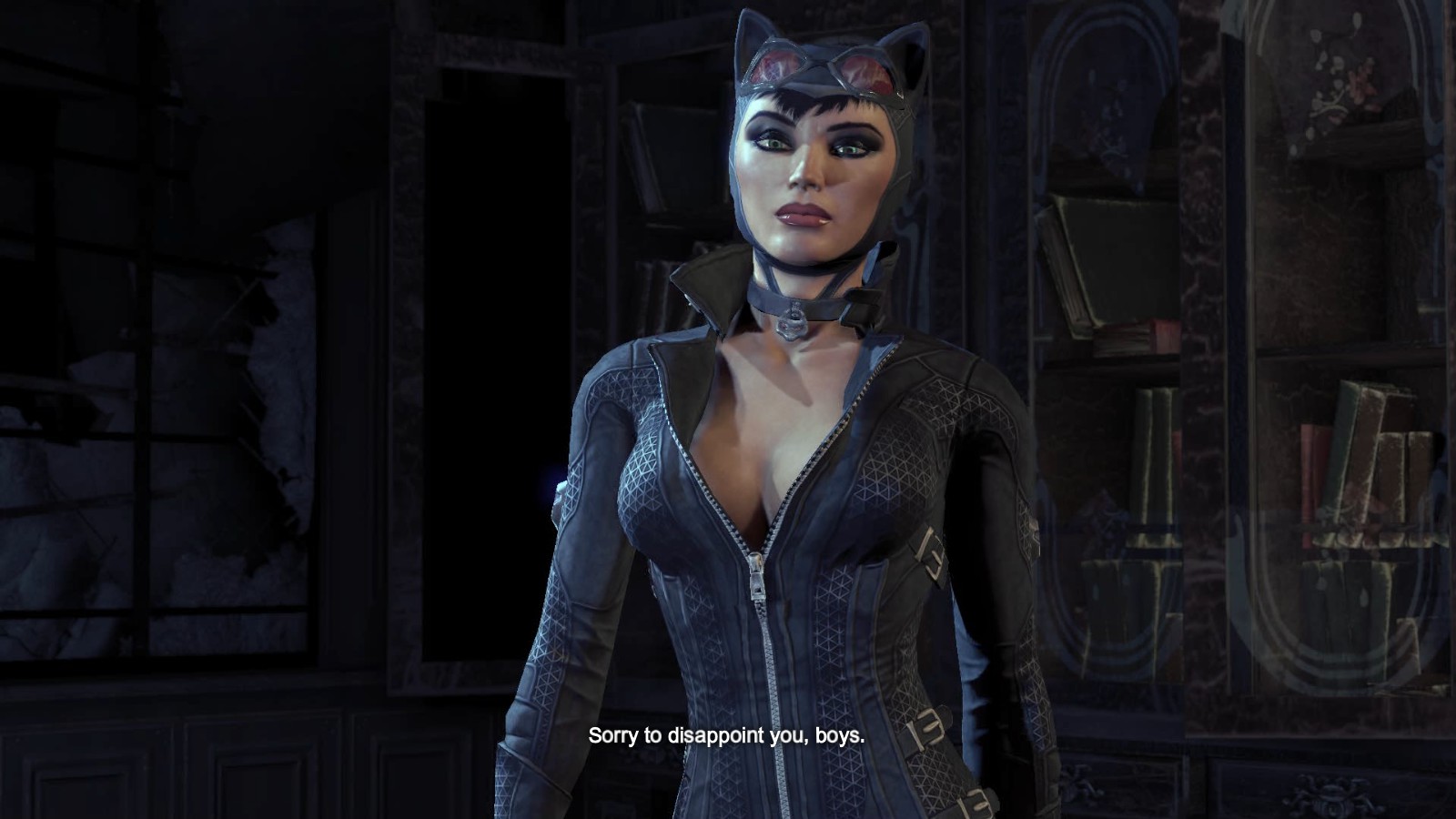 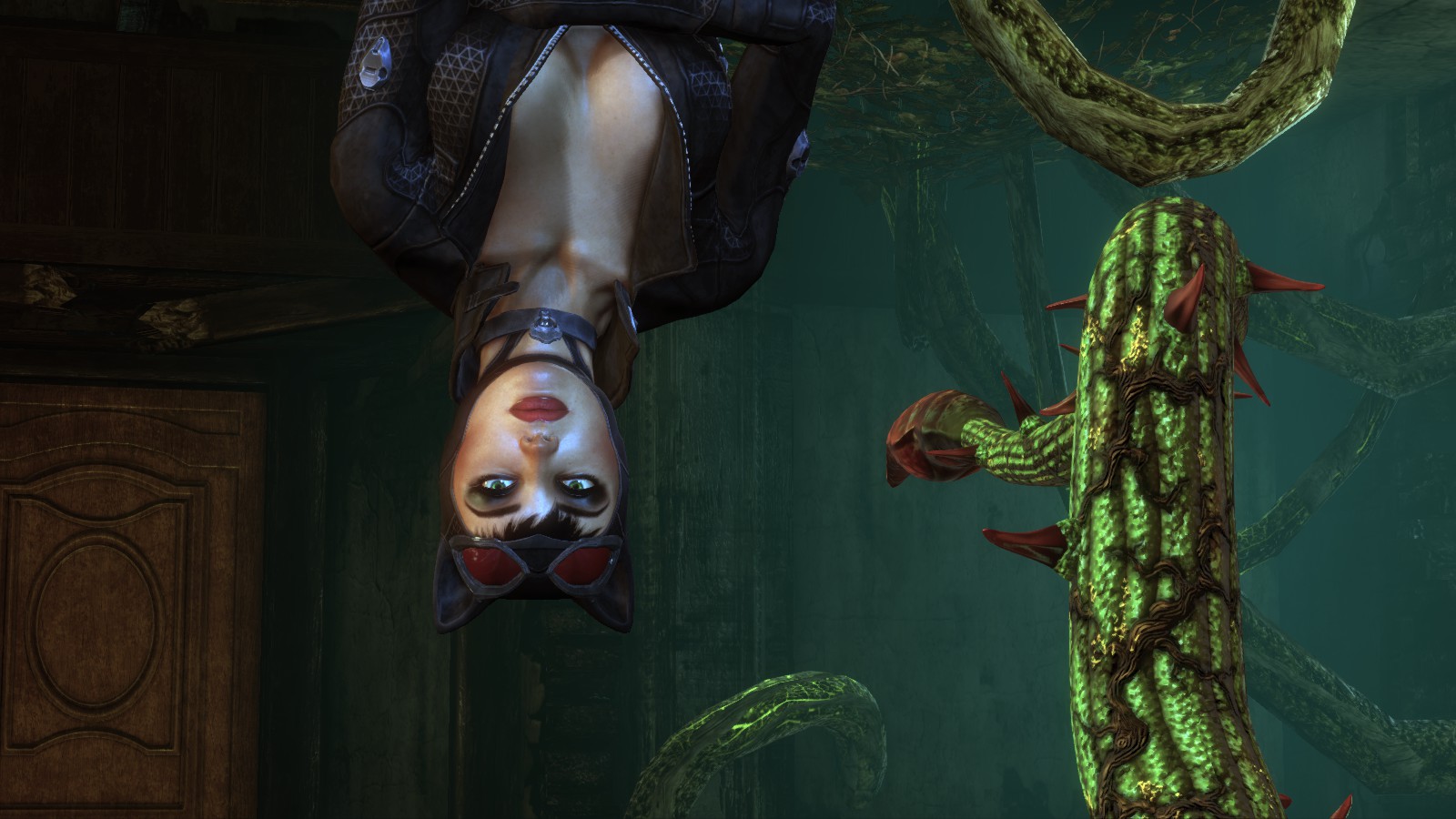 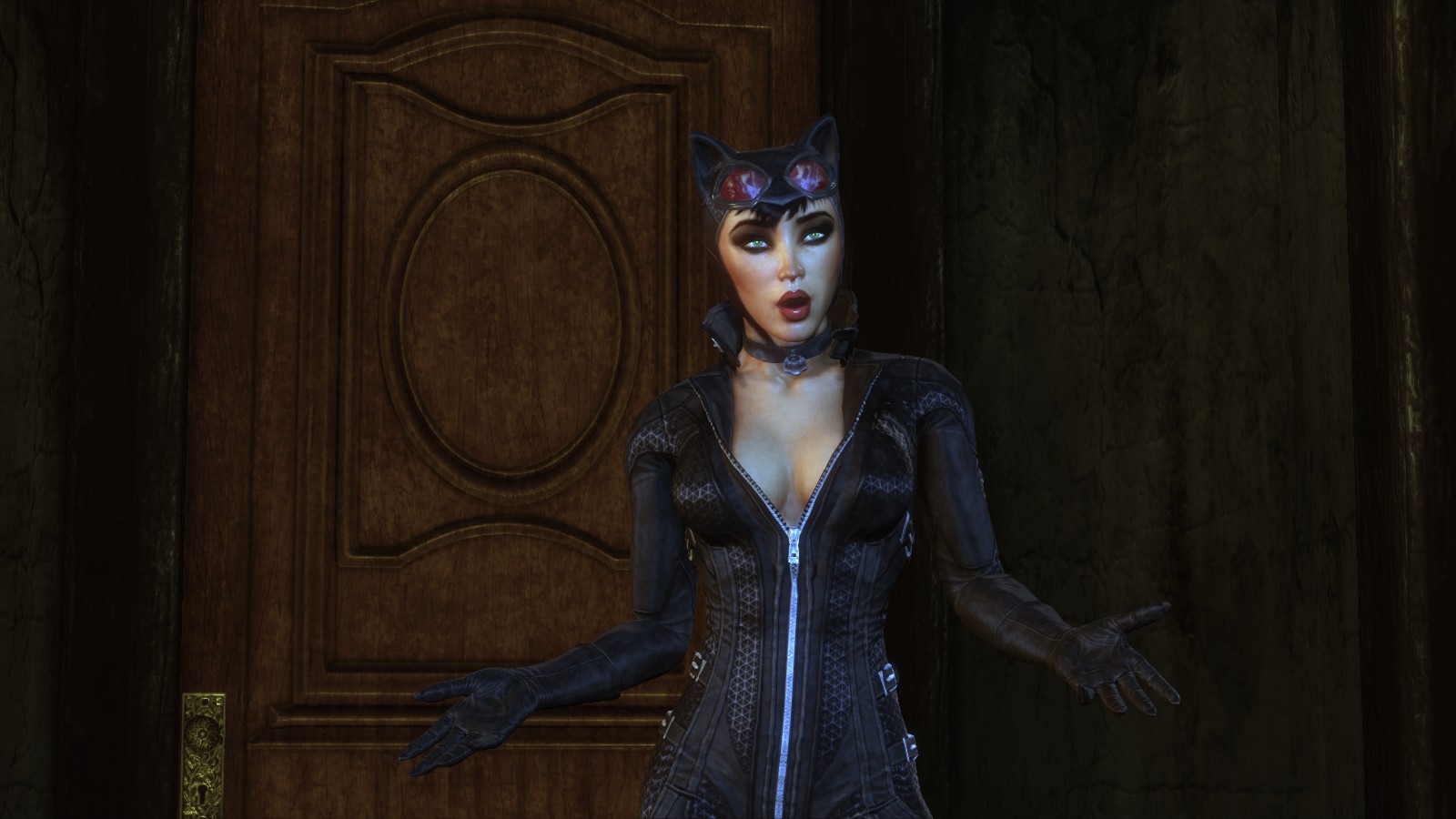