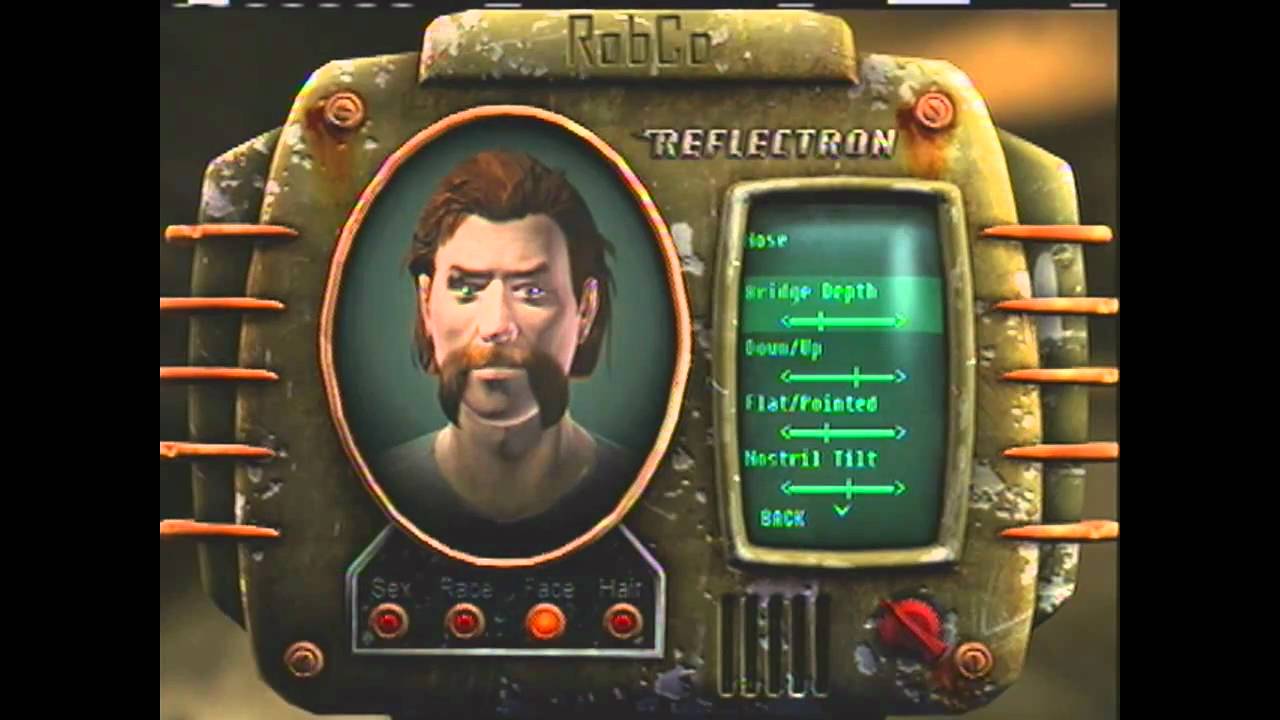 The New Vegas character creator is confusing, and it’s somewhat difficult to make a dude to play as. All of the categories by which you can change your characters face have been noted with what changes they make, and if it is worth it to use them in the first place.

This is my first guide. I did my research, but I haven’t written anything like this before.

I am working on a guide to making female characters, but they are notoriously harder to work with in this game’s face making mechanic. It may never be released, but I hope to write it sometime in the near future.

Never, under any circumstances, should you EVER use the brow editor. It will immediately ruin your character and you will have to restart from a preset to fix it.

Starting from the top:
General

Note that the forehead may clip with certain hairstyles depending on your graphics settings.