This guide goes over all weapons, powers and bone charms. It also goes over all the DLC bone charms and gear etc. This guide will also include relevant information about which powers and weapons can be used for various achievements e.g. “Versatile” and “Tempest” etc.Sources used: Dishonored Wiki

A list of Corvo’s powers and there level 1 and 2 upgrades. Won’t go into to much detail as the power page in the game includes lots of the useful information about each power.

Disclaimer: I do not own the rights to alot of images used on this guide. Sources used credited at the bottom of guide.

Blink, like all powers and enhancments in Dishonored has a level 1 and a level 2 to upgrade the power.

Level 1 blink is freely given to Corvo after his first meeting with the outsider. It’s one of Corvos primary ways of movement and traversing the world. 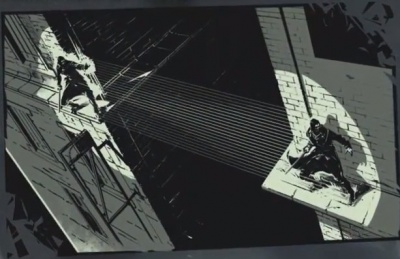 Dark Vision is one of the cheapest abilities avaliable to Corvo and can be useful for both a high chaos and low chaos playthrough.

Bend time allows Corvo to freeze time for a short period of time. This power can also be useful for high or low chaos, because it can be used for moving undetected or murdering lots of eneimies without having to start a fight.

Possession allows the Corvo to physically merge with another living being and take control over their movement. This power can be used for moving around unnoticed or for moving enimies close together so you can slaughter them.

Possessions level 2: Allows Corvo to also take control of a human body but only do basic actions like opening doors and carrying objects.
-Cost: 5 runes

Devouring Swarm allows Corvo to summon a swarm of rats that eat corpses and attack enemies. These rats will not attack Corvo. This power can be used to remove groups of enemies without Corvos presence being known.

Devouring Swarm level 1: Allows Corvo to summon a swarm of rats that will eat bodys and attack enemies.
-Cost: 3 runes

Devouring Swarm level 2: Allows Corvo’s rat swarms to be larger and the attacks done by the rats will do more damage and will eat bodys faster.
-Cost: 4 runes 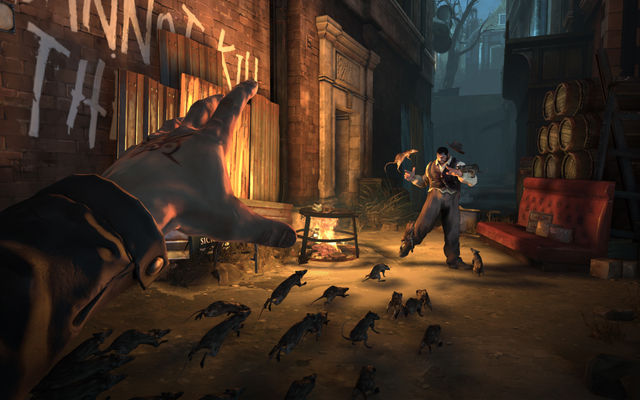 Wind blast allows Corvo to push enemies backwards as well as other objects. It can also be used to destroy some wooden doors. This is useful for a lethal, high chaos playthrough. 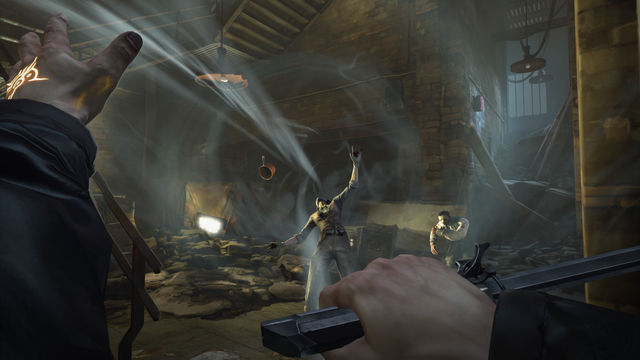 Vitality allows the Corvos and Dauds max health to be slightly increased. Level 2 allows their health regenaration to improve.

Agility increases Corvo’s and Dauds jump heights, and reduces fall damage at level 1 and at level 2 increases all movement speed.

Blood thirsty allows Corvo and Daud to build up adrenaline and release fatal attacks on enemies. Adrenaline is built up during combat and the screen will change colour when blood thirsty can be used.

Blood thirsty Level 1: Corvo or Daud can use a powerful fatality on an enemie, killing them.
-Cost: 2 runes (Corvo)
-Cost: 1 rune (Daud)

Blood thirsty Level 2: Corvo and Daud build up adrenaline faster, and can perform two fatalities, which can be used against multiple enemies within a nearby range.
-Cost: 3 runes

Shadow kill allows enemies killed by Corvo and Daud to turn to ash as they die.

A list of Daud’s powers and there level 1 and 2 upgrades. Won’t go into to much detail as the power page in the game includes lots of the useful information about each power.

Blink for Daud is similar to Corvo’s blink, but they are not entirely the same. Daud can freeze time while using blink if he remains still. This can be used in escaping enemies or aiming more precisely. 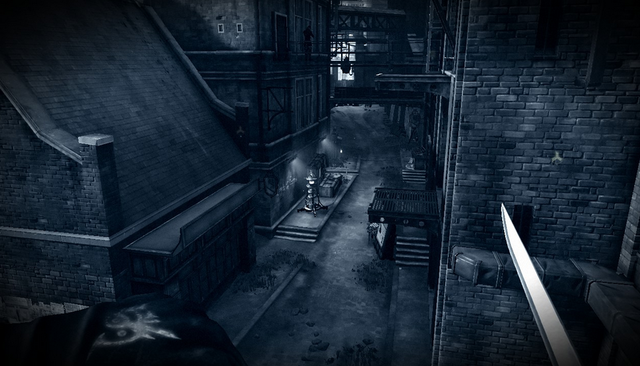 Summon Assassin allows Daud to summon an assassin to fight at his side. The assassin will fight to the death against enemies and can use an array of Daud’s powers using the Arcane bond enhancement.

Pull is only avaliable in the Brigmore Witches DLC. Pull allows Daud to pull objects, animals and enemies towards him. Level 1 is useful for high and low chaos and level 2 is mostly useful for high chaos.

Pull level 2: Allows Daud to pull enemies and bodies towards him and land a fatal attack to enemies pulled close enough.
-Cost: 4 runes 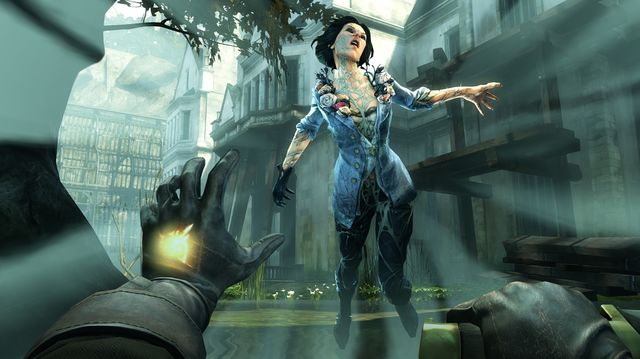 Bend time for Daud works the same way as it does for Corvo. However, there is some slight variation in cost. 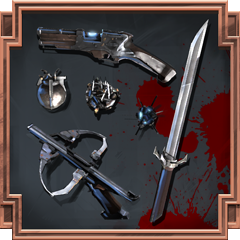 This part of the guide will also show you the weapons for the “Versatile” achievement.

The sword is the primary weapon in Dishonored. it is always held in Corvo or Daud’s right hand and is not replaceable by any other gadget, power etc. It is your primary weapon in combat as it can be used as a means of offence and defense. 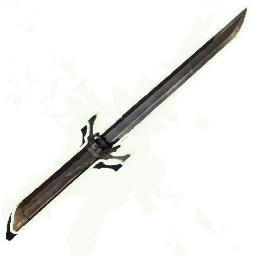 A sword kill counts towards the “Versatile” achievement.

The crossbow is unlocked during the first mission during your escape through the sewers after escaping coldridge prison.

The crossbow has 3 ammuntion types:

Both incendiary and normal crossbow bolts count towards the “Versatile” achievement.

The pistol is one of the first weapons avaliable to Corvo and he will also use a pistol in the opening prologue. Daud can also find a pistol by looting a guard in the Knife of Duwnall DLC.

There are two ammuntion types for the pistol in Dishonored:

Both explosive and normal bullets count towards the “Versatile” achievement.

Spring razors are lethal weapons only useful for a high chaos playthrough. They completely dismemeber your enemies into little pieces and are placed like a mine, on the ground (or even an enemy).

The spring razor counts towards the “Versatile” achievement.

There are two types of grenades in Dishonored. There are normal grenades and sticky grenades. Grenades cause explosive damage over a an area and can be “cooked” in the players hand. Sticky grenades can only be bought from Piero after finding the blueprint “Spiked Grenade Housing”.

Both grenade variants count towards the “Versatile” achievement.

Rewire tools are little devices that can be picked up by the player and used to rewire mechanical devices such as walls of light, alarms, watch towers and arc pylons. This will mean that hostile devices will become friendly to the player and will attack hostile enemies. Kills from rewired devices will count as kills so this is not recomended on a “Clean Hands” playthrough. 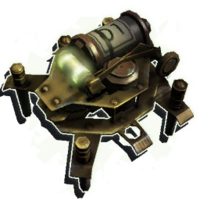 The Heart shows where runes and bone charms are, when equiped. The heart can also be used to recieve information about targets and enemies as well as locations. The heart is giving to Corvo during the first meeting with the Outsider. 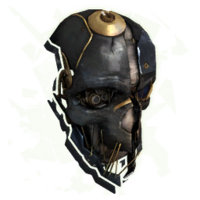 The wristbow is Daud’s equivliant to Corvo’s crossbow. It has normal bolts and sleep darts that work the same way as Corvo’s but doesn’t have incendiary bolts, but instead has explosive bolts. These bolts create a small explosive area which either kills or damages enemies in the area. 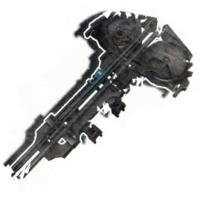 The arc mine was first introduced during the Knife of Dunwall DLC. Daud can use these mines to turn enemies, within the radius, to ash (simlar to the arc plyons but in a mine form). These are the replacements for spring razors in the Knife of Dunwall and Brigmore Witches DLC.

Stun mines work the same way as spring razors and arc mines but instead of killing the target, render the target unconscience. This is useful for non-lethaly taking out a phew targets in a close area.

Choke dust is a grenade-like weapon that renders enemies unable to move or detect the player after it explodes, releasing dust. This can be used to render groups of enemies defenseless and allow for quick escapes or allowing them to be easily killed.

Statuesque – Bonus: Daud will not be spotted by enemies while standing still, unless in combat. Penalty: Mana does not regenerate.

Vengeance – Bonus: Build up adrenaline much faster. Penalty: Adrenaline takes much less time to cool down.

Witch’s Skin – Bonus: When taking damage, Daud’s mana is drained before his health. Penalty: Mana does not regenerate.