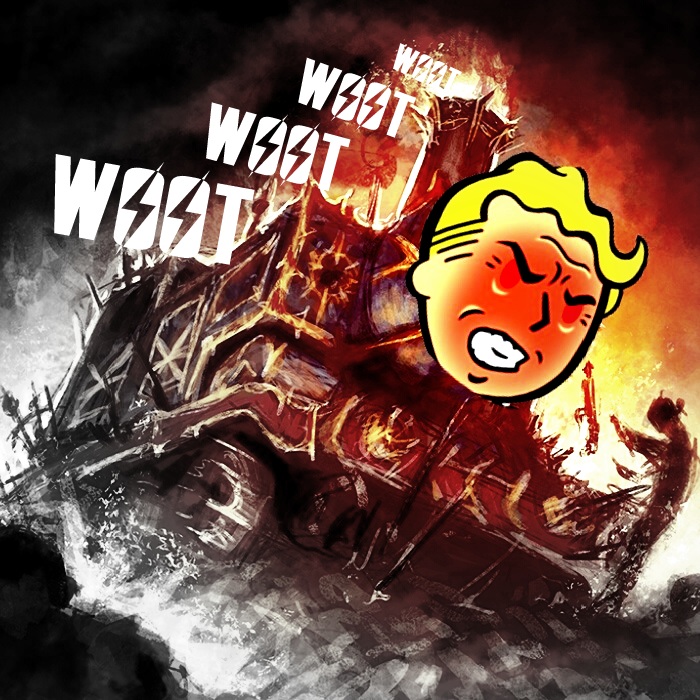 Its an intermediate melee build which gives a bit of everything, both offensively and defensively using chems.

Heavy handed
I prefer heavy handed over built to destroy because first of all, you dont need the extra crit damage on early levels and heavy handed gives raw damage which this build really needs.

Level 2 – Old world gourmet
This is taken to improve the efficiency of your alcohol, junk foods and reduces addiction rate.

Level 4 – Educated
+2 skill points each time you level up

Level 12 – Finesse
Is a perk that I would give more importance to this build because you hit so fast, you crit the ♥♥♥♥ out of enemies.

Level 14 – Adamantium skeleton
Will solve your main weakness and problem of being crippled.

Level 16 – Silent running
This perk does exactly how it sounds like. This masks you while sneaking, standing up will ruin your sneak.

Level 20 – Chem resistant
It provides you with WHAT ELSE? A resistance to addictions.

Level 24 – Purifier
The bonus damage is dealt in a separate damage, and counts with Abominable. Means it only fully works against deathclaws, ghouls, nightstalkers etc.

Level 26 – Piercing strike
The armour reduction works on everything, and it further amplifies your already crazy damage output! What’s more to say?

Level 30 – Super slam
If piercing strike perk isnt enough, a couple of smackdowns will give you the upper hand.

Level 32 – Atomic!
Is the one on the very few melee builds whom I like Atomic! on, the reasons being the lack of mobility and attack speed but high damage per hit; if you can get it quickly enough, you’ll be unstoppable! Make sure you have lots of coyote steaks.

Level 34 – Ninja
At late levels, your damage will be really high and with your very fast attack speed. The critical strike will proc more often.

Level 36 – Better criticals
Is your main option for when you need to hit harder. The crit damage increase is huge and some lucky crits can be really scary.

Level 40 – Stonewall
Useful for increasing your survivability, especially in situations where the enemy is trying to knock you out.

Level 50 – Aint like that now
Grants a huge boost in attack speed. It is a powerful perk that ensures continued dominance.

Elijah’s ramblings
Gives you the biggest crit damage boost other than better criticals. Also coupled up with your insane attack speed, even critical strikes for about 200 damage or so, hurt like hell.

Coin operator
Allows you to craft sierra madre chips. It’s useful to purchase chems on the vending machine at the BoS abandoned bunker.

Lonesome road
Bonus damage when you have no companions.

Oh baby! is the BEST weapon, and personally my favorite weapon in the game along with Protonic inversal axe which gives both killing power via VATS special.

Firearms – Purely use melee weapons does not mean you should ignore guns all together. Firearms are always a good idea but only as supportive weapons.
Example of possbile final weapons:

I am not the best to ask about armor sets, and there is allot of options but this one is mostly up to you.

Bleak venom
Tthis is your premier poison item, adding a great deal of DoT to your attacks and making you extremely nasty.

Cook cook fiend stew
You are a tank, but you can reduce the odds of dying by having this item. Combined with extra hp from buffout or extra DT/DR it simply improves your survivability quite nicely. The health regen is great as well.

Large wasteland tequila
This item tanks you up.

Yao guai meat
Dont underestimate the power of its effect, where everything is small and little.

Psycho
Is powerful for all the same reasons as yao guai meat.

Buffout
A cheap item to get, but allow you to stand in the middle of fights and absorb large amounts of damage.

Turbo
Lets face it you can be killed easily and in my opinion its good to be prepared for it even if you have large supply of stimpaks in the inventory.

Any suggestions or corrections, you can leave a comment in this page comment box. Hope you enjoyed it or……..