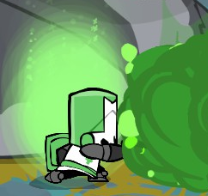 An easier way to finish and win in the arena that has a “Giant Cat” (in normal mode / insane mode / “Arena” )these arenas are: King’s Arena, Peasant Arena, and Icy Arena.

First off, I thought of this strategy because I was having a hard time beating and winning in the ICY ARENA.

By the time I tried this strategy I am already level 72, the slow movement is what gives me trouble.

*Levels higher than 78 will only increase health and melee/magic damage; while the latter two are only boosted twice after Level 78. Levels in the 10s will add not only health, but also melee/magic damage as well, with the stopping point being at Level 90. Its not a lot but there are slight stat increases after level 78.

BTW this strategy, I only used and tried with the Green Knight, but I highly doubt its doable with every characters especially those characters that uses “projectiles” as their Magic. (will try on others characters soon…) 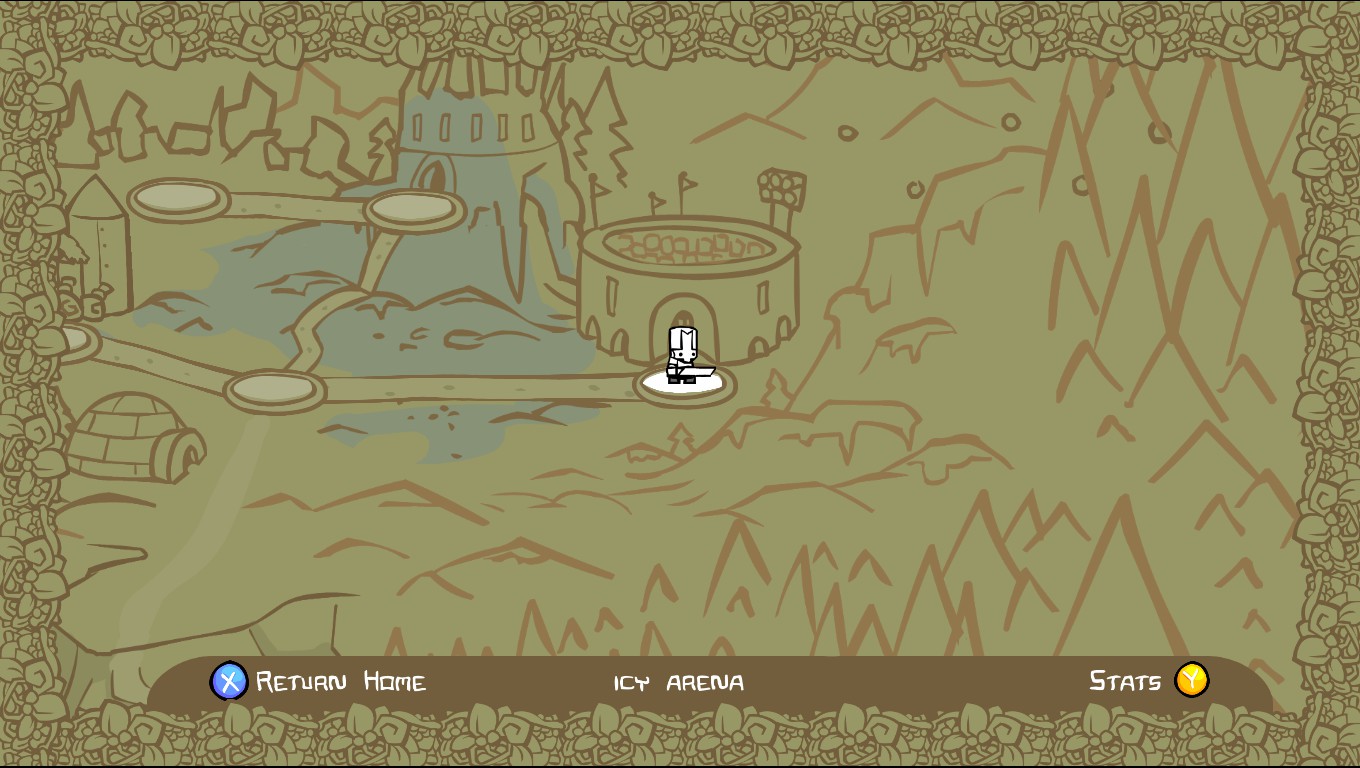 But you can also use it in: KING’S ARENA and PEASANT ARENA 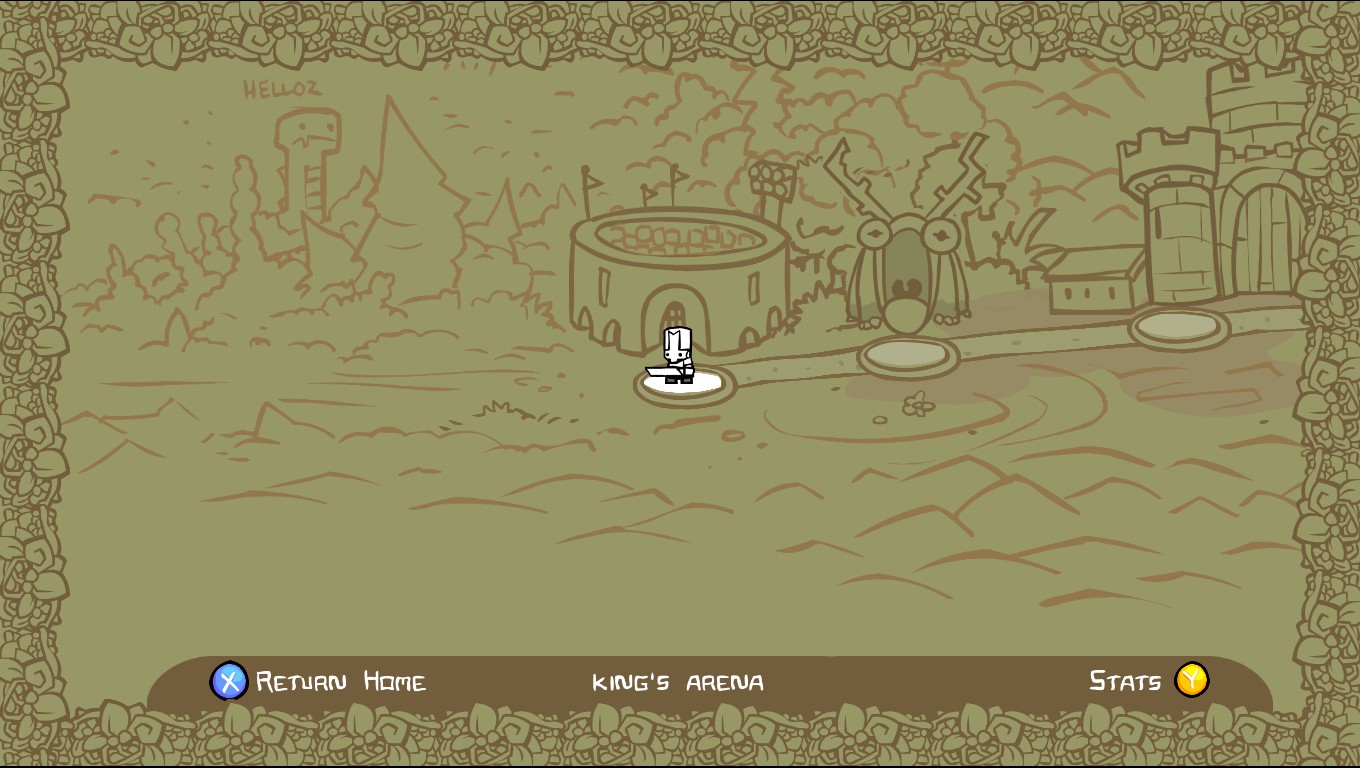 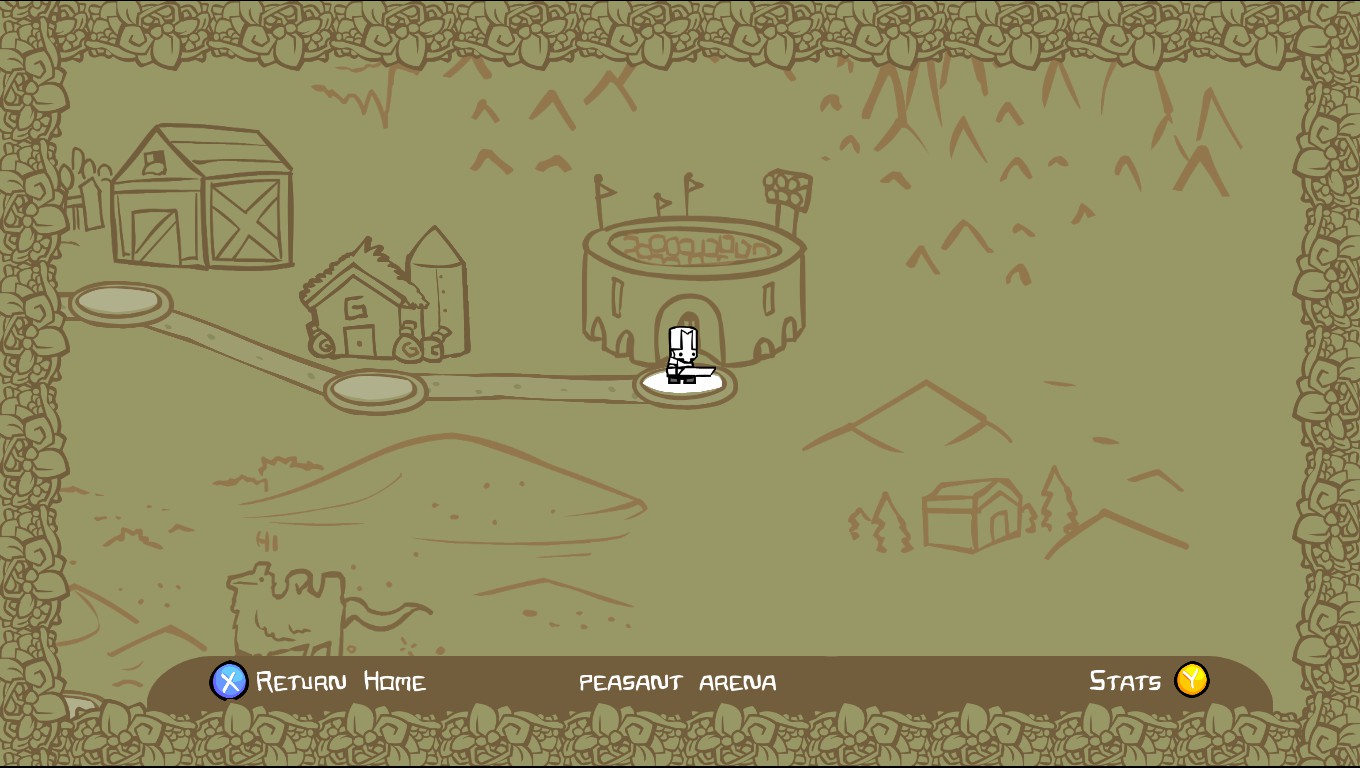 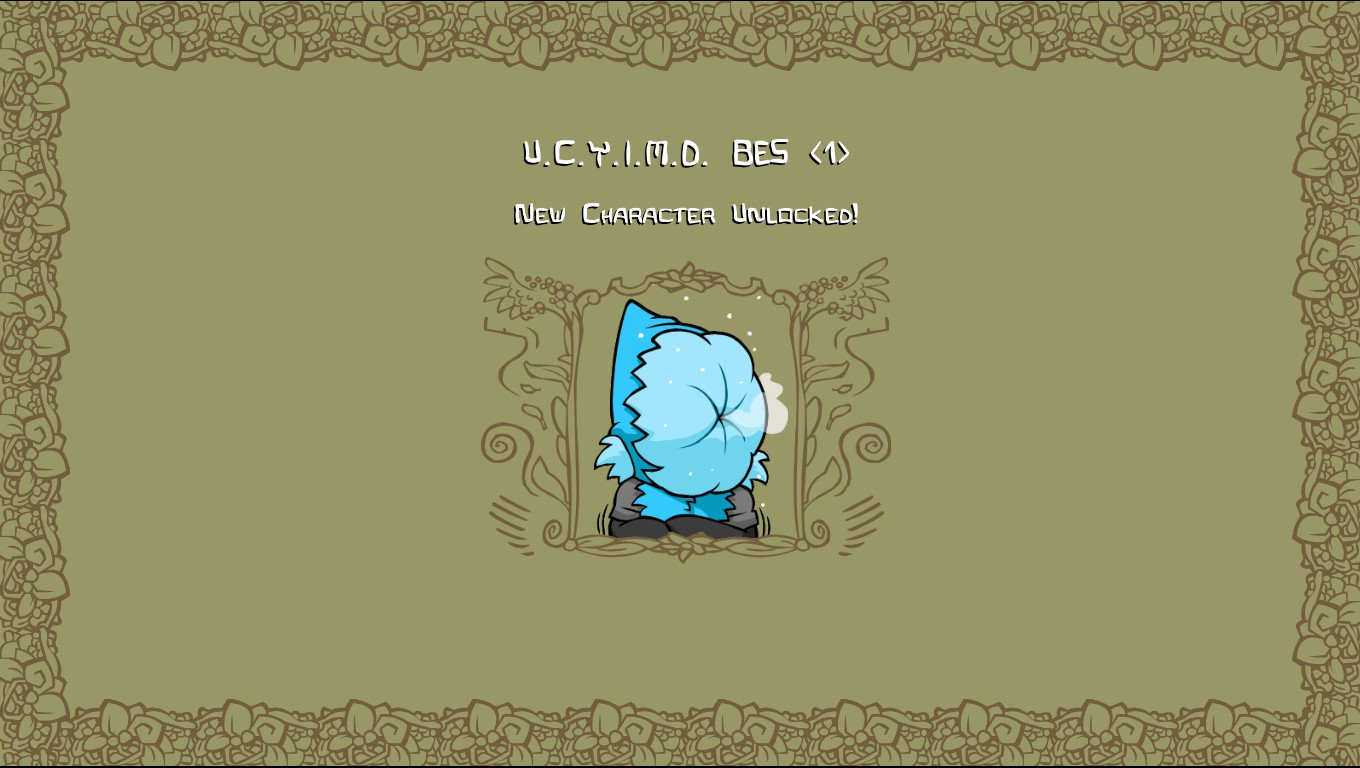 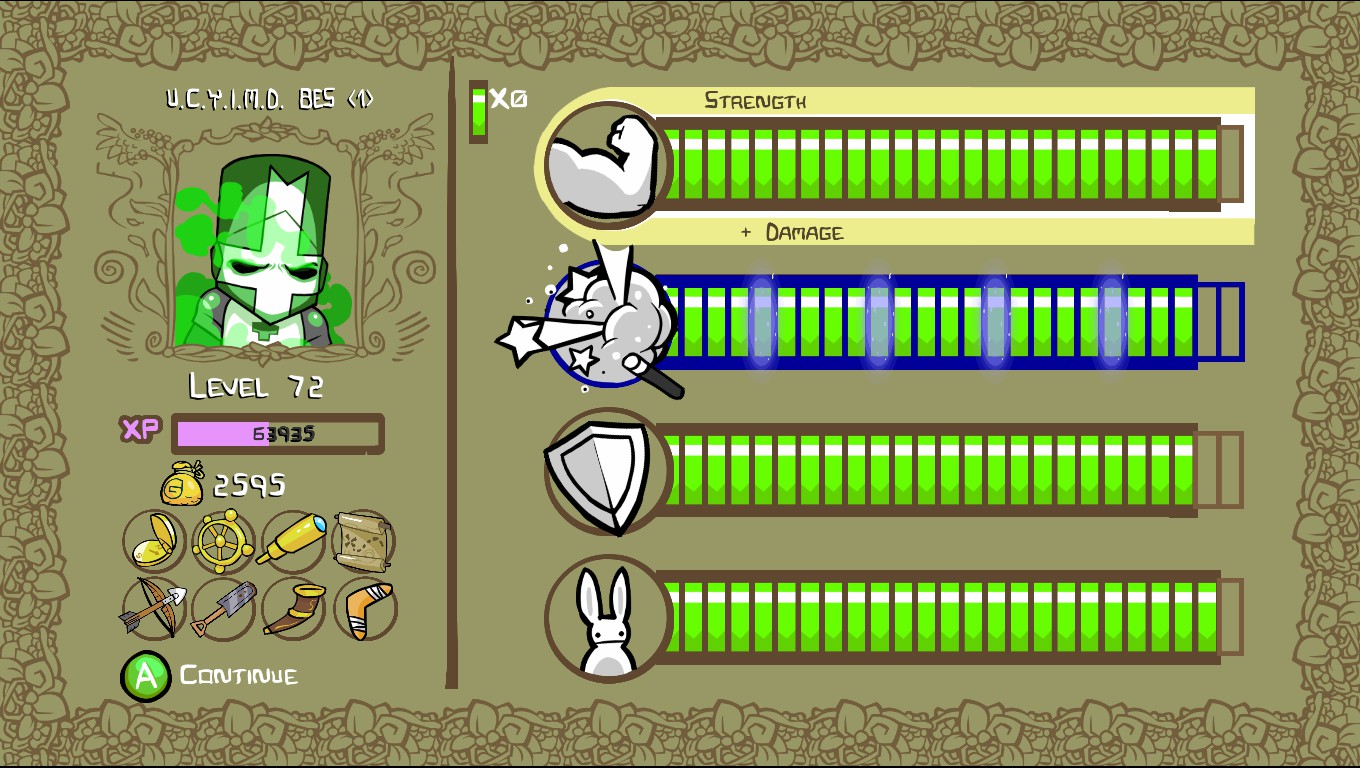 This are the stats I had when I planned and used this strategy. Anyway, the important point in the strategy is to have high enough Magic & Agility so you can alternately spam with poison (Magic) and arrow (Agility), for Magic I recommend you use RT+Y (weaker, but has area effect and faster). I don’t recommend the RT+B (stronger, but single-target and slower), for the Arrow use B (a high enough agility is when you can rapid fire the arrows). An occasional use of X and Y is also required when they get near you. the A (jump) is not needed. Well, a high stats in other areas will surely help. As for the weapon choice, ask yourself these: what do I currently have, do I need to enhance more on Magic/Ability? do I want to compensate on my lacking stats? its all up to you, your choice!

This is the position you need to be/stay or on the other side.
(depends where you are most comfortable) 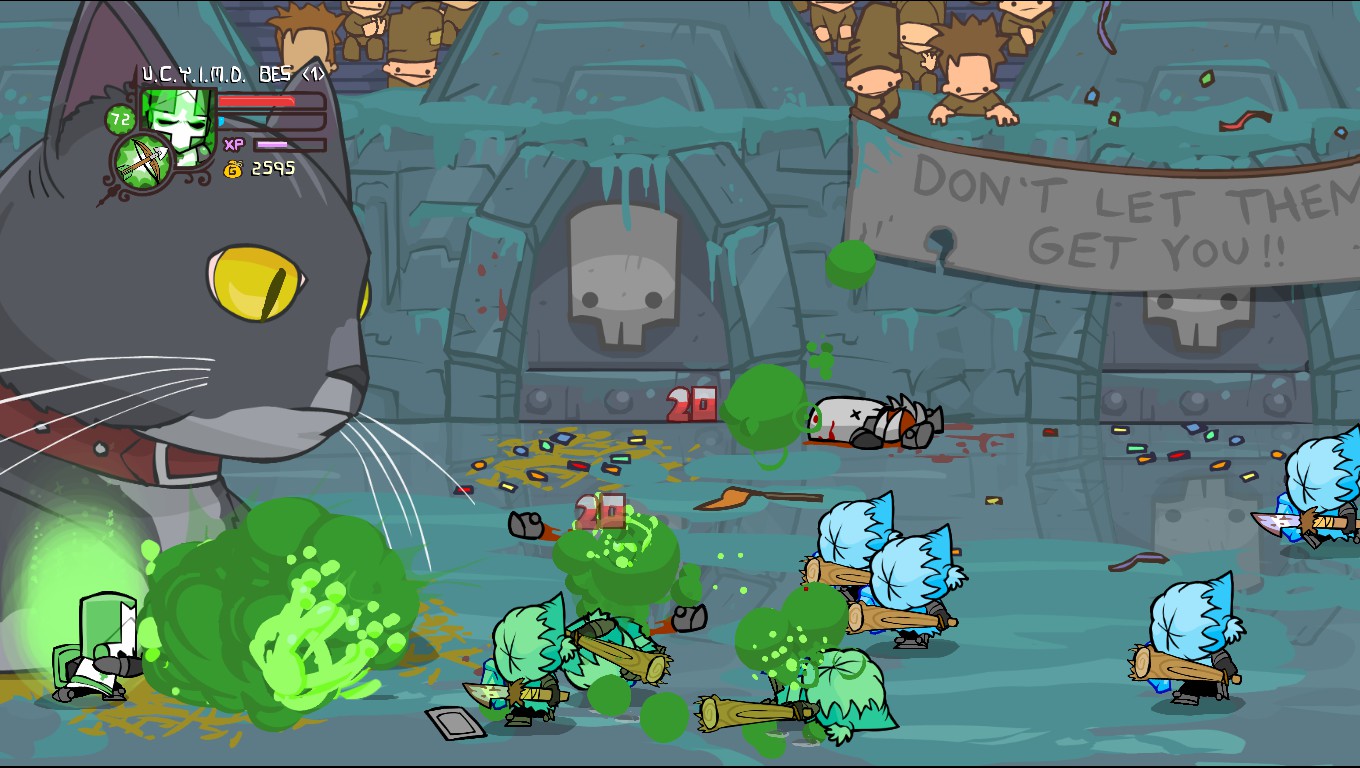 Just moving out a little and returning on your position at the end of each round just to call the other 1 or 2 enemy behind the “Giant Cat” to come for you…and be killed! hehehe.

+ as an added BONUS if you manage to find the sweet spot the “Giant Cat” could really help you out.

Another part of the strategy is using Hawkster, it will replenish you with fruits, you won’t be needing to use your potions/elixirs. (well just bring some … just in case) 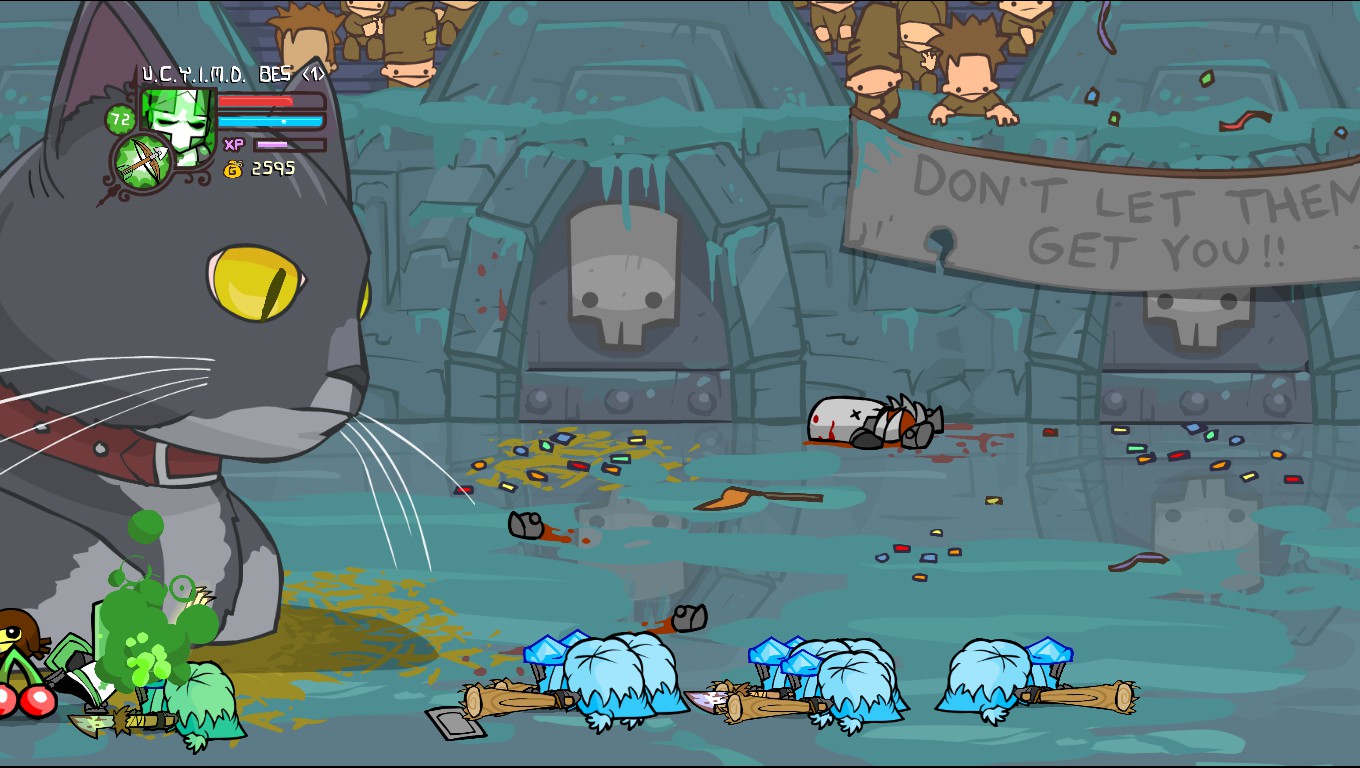 The best part of this strategy is you do not need to move fast around. (which is hard to do in Icy Arena) 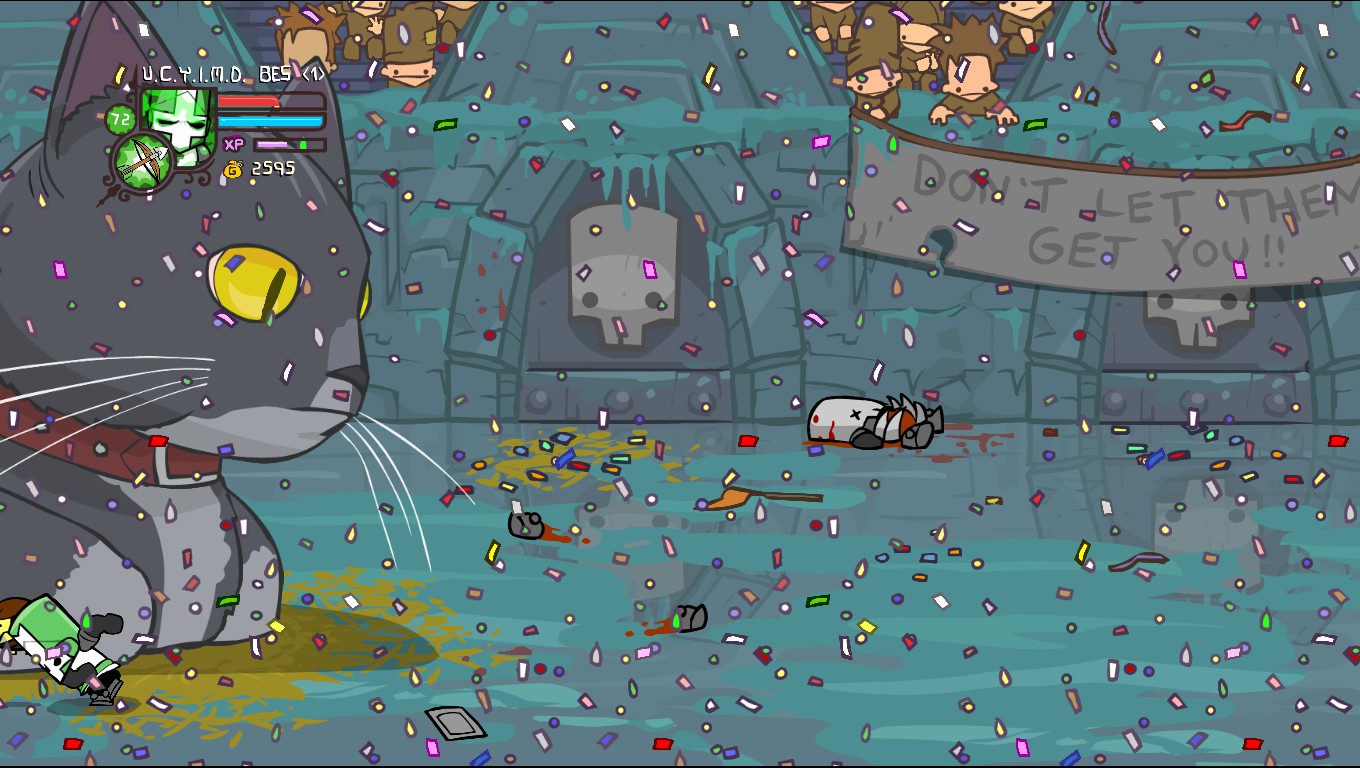 This is the only game that I know of, that does not name the characters and weapons in-game or am I just missing something.

My plan for this game is to collect and max out all characters*, to collect all animal orbs, and weapons. ~This will take some time to accomplish! (*being FTP this would be impossible, cause you need to buy another of their game to unlock a character)

I hope this strategy helps someone … even just one gamer I would be happy!

And please don’t forget to comment, constructive or otherwise +

a ThumbsUp Rating & Favorite, will be greatly appreciated!!! Tnx.

Other details:
Finished the game (normal mode) at level 50 and took ~15 hours in total.
Using a Logitech Dual Action gamepad.

This is where updates go — latest is at the bottom.

– Changed the Game Guide’s Branding Image – a more appropriate to the guide’s content.

– BTW, this is what you’ll unlock when you finish the game using the Green Knight: A new character – ROYAL GUARD! ———>

12 January 2018:
05:40 AM
– 2nd time finished the game in normal mode using Orange Knight @ Level 40, this time I felt the weakness of my character due to a much lower stats in terms of finishing those foes. Also, the strategy works with the Orange Knight. You’ll also unlock a new character:
FIRE DEMON! ———>

03:35 PM
– 3rd time finished the game in normal mode using Red Knight @ Level 33, this time it is much easier and faster overall as the stat build is mostly strength and defense. I haven’t tried the strategy as of yet as the Magic/Agility stat is too low for the strategy to work (will have to grind the stats to test). You’ll also unlock a new character: SKELETON ———> 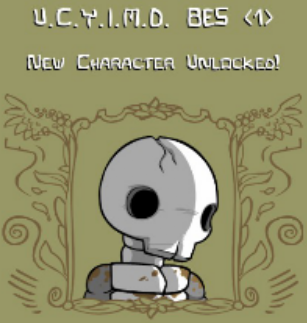 17 January 2018:
06:44 AM
– 4th time finished the game in normal mode using the Blue Knight @ Level 35, this time the stat build is balanced (same as I used in Green Knight), so it depends on the foes/boss the speed to finish the area/stage (overall, I think this is the most efficient stat build for any character I used so far). Again, haven’t tried the strategy as the Magic/Agility stat is still low for the strategy to be efficient (will also have to grind for the stats to test) You’ll also unlock a new character: Industrialist ———> 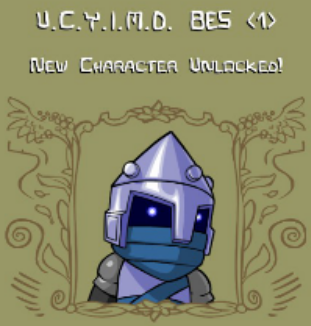 19 January 2018:
03:53 AM
– 5th time finished the game in normal mode using the Gray Knight @ Level 41, this is a quick run on the 4 bosses and sub-bosses as the stat build is full Defense and Agility using mostly the arrows. Also tried in the Arena mostly using arrow with occasional use of the bomb (not as efficient due to still low Magic) but, a little bit more of Magic stat it will be okay. You’ll also unlock a new character: STOVE FACE ———> 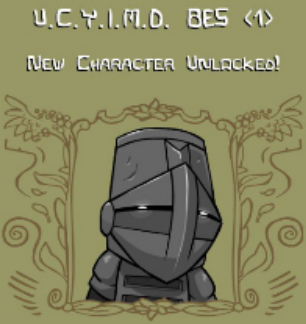 – Still can’t get past the Troll Boss in the Thieve’s Forest doing solo in insane mode — been trying it for the nth time, I’m so close at it until those Trolls pounds hard and fast.

– BTW, I forgot to mention this before, I got these weapons thru drops:

Note: I still don’t have both of this characters

and another one that I forgot which. Anyway, the point is you don’t have to have that character to acquire its weapon, you just have to pick any dropped weapon specially while fighting any character that you still don’t have, you just might get lucky and get its weapon.

Also want to THANK this group in which I’m proud to be a member:

Please visit AccidentlyReviewed group and be a member. And get FREE Keys for almost NOTHING! … all they ask is that you not let these games gather DIGITAL-dust in your library!
BTW, I won this game + 2 DLC … where else: AccidentlyReviewed on the Christmas Indie Raffle 2017 (26 Dec. 2017)