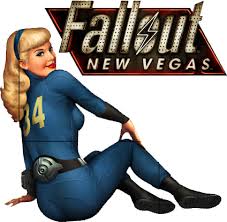 Hello everybody, just wanted to share my build with you all. i find it to be highly versatile and effective character.This build was solely made for energy weapons and has completed the old world blues DLC starting at level 19 on very hard difficulty and hardcore mode.I have all official DLC installed.

I have allocated my points with perks and gear in mind

Charisma – 1 (2 with Duster)
Charisma boost your followers, they are good enough with 1 charisma
and slightly better with 2..!

Intelligence – 8 (9with implants)
with implant, 9int will net you 14.5sp per level which is plenty

Level 20 – Optional [link]
Req. based on your choice

I start the game with tags in survival, barter and energy weapons

Once you leave goodsprings and rebuild your character, you should head directly to freesides atomic wrangler and play blackjack till they kick you out, will give enough caps for the INT Implant.
if you run to sloan and hug the mountainside near hiddenvalley you can run past all the death claw, as long as you dont have ed-e in your party.

Otherwise some usefull skill but not essential

Medicine – 50 – Followers lab coat + Magazine and drugs should net ~ 75
Speech – 60 – Naughty nigthware + magazine and boose should net ~ 90
Repair – 50 – Vault 3 Jumpsuit + magazine gives 65 cant remember skillcheck higher
sidenote i dont use jury rigin i just repair my gear at mohave outpost, he can fully repair and is sweet enough to put all his money back in his pockets… shhhh
Sneak – 50 – MF Hyperbreeder is a Holdout weapon (Crazy)

Ycs/186
West of northern passage – use as sniper
* YCS/186 unobtainable with wild wasteland trait
* Insane but slow Dmg output, 4 MF Cells per shot
* The magnification is 3.5x for the scope of this weapon

Ulysses’ duster
Lonesome Road Dlc
* Found in a footlocker near the entrance to the Divide after Lonesome Road is completed.
* 5% Crit/Charisma +1, DT13 Light armor

Energy weapons:
Hidden valley bunker:
In the white plastic bin by the desk in Schuler’s office (bunker L1, west of the central hub corridor junction), a copy of Nikola Tesla and you can be found.

Repconn Headquarters:
2 copies of Nikola Tesla and You, One is on top of the safe in the same room as the Q-35 matter modulator. The other is on the second floor, next to a very easy locked terminal on a desk.

Barter:
Cap counterfeiting shack:
Tales of a Junktown Jerky Vendor– Found in the separate room of the basement at the foot of the bed on a pile of suitcases.

Primm:
Bison Steve Hotel, ground floor shop, is a hard-lock safe behind the counter; Tales of a Junktown Jerky Vendor lying on top the safe.

Vault 22:
Tales of a Junktown Jerky Vendor – located on the 5th level, in the Pest Control section

Science:
Repconn Headquarters:
Through the gift shop to the hard locked door. Behind this door are a Big Book of Science

Camp forlorn hope:
big Book of Science on a table in the Southeast corner of the Command Center (must be stolen)

Helios one:
Big Book of Science can be acquired from Ignacio Rivas during the That Lucky Old Sun quest