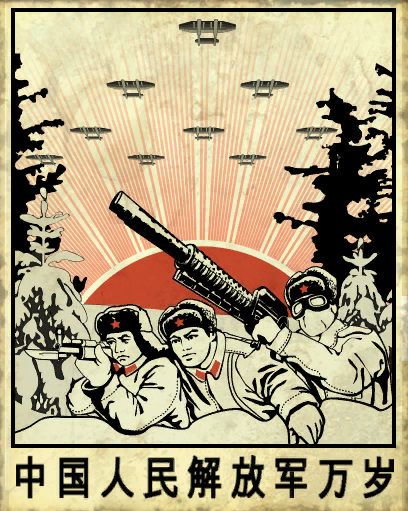 Early on in the game you will struggle to kill much of anything. Your options for primary offensive capabilities are fairly limited, so you might be stuck with firearms.

Explosives are scarce and unreliable if enemies are scattered.

Energy weapons are even more rare early in the game, however, if you want a massive advantage by gaming the system, a special device can be earned fair and square. The game provides several tools to get OP weapons within the first six or so hours, provided you are willing to spend some money and devote a build to maintaining the said weapon.

If you are planning on using energy weapons, this is probably what you will want, the Gauss rifle:

The YCS/186[fallout-archive.fandom.com] does much more damage than the base Gauss, but it requires more frequent reloads due a smaller magazine size, making it less useful in close combat. Remember that the YCS/186 is only available at the Brooks Tumbleweed Ranch. It is completely removed from the game and replaced by other weapons if the Wild Wasteland perk is activated (according to the wiki).

Because of the hordes of Deathclaws, Fiends, Cazadors, and high-damage enemies blocking the way, it’s less annoying if you buy the Gauss instead of attempting to trudge across the map to get the YCS for “free.”

This build depends on pouring all your available skill points into that category, not guns or something else, a major disadvantage as energy weapons aren’t even common at that point. You might very well want to fall back on guns if you lose your confidence, but you will be simply making yourself more mediocre as you will be diverting points away from energy weapons and other important skills.

You’re better off getting Boone and Ed-E as companions ASAP. They soak up damage and dish out long-range damage to compensate for you, allowing you to save energy ammo. You’ll be kind of weak the first few hours, but only temporarily.

Raise your energy weapon skill quickly and work toward making money as quickly as possible. This will make sense in a second. The Gauss Rifle, arguably the best weapon in the game, is available almost at the start, but it costs a bit. The caveat is that it requires a level of 75 in energy weapons, and strength attribute of 5. [fallout-archive.fandom.com] Spec wrong, and you’ve got to blow the Intense Training perk to get strength back to 5. Therefore, this guide is useless without achieving those levels first.

As energy weapons are rare, it is also smart to raise up your repair stat. With a repair stat over 90 you can unlock the Jury Rigging perk, which allows you to use various related weapon parts to fix up high-level weapons with junk you will otherwise be schlepping around or tossing away due to weight restrictions. If you want to have the best weapons early, and keep them in good shape, Jury Rigging is essential. With a required level of 90 in repair, however, this can take some time.

*As a suggestion, don’t ever completely fill up a skill with 100 points. 91 is good enough. You will find multiple skill books that will give you boosts of 3 points for every skill. If you need to get a skill to 100 for a speech check or a lock, use a magazine.*

The Tag! perk can add 15 points to any skill, so this is always a good skill to take to boost your weapon or repair skill fast.

Getting the Gauss Rifle

In vanilla New Vegas–though you might not see a single one in combat until the Old World Blues DLC–the Gauss Rifle is among the best weapons in the game, besides the YCS/186. The majority of other energy weapons aren’t worth your time.

A scoped rifle, with only five rounds per magazine, the Gauss packs a wallop. Properly skilled in energy weapons, it can reach over 360 damage per second. It’s basically a one-hit-kill machine for most human enemies and animals. Cazadors can be killed in one or two shots, and even taken out with hip fire close up. Death Claws can be eliminated at range. As long as you have the high ground they can’t reach you, and you’ve only to snipe them. Combined with the Meltdown perk, the Gauss can wipe out the Quarry Junction nest with ease.

The problem is nabbing one. If you can’t find one, you can settle for a reasonably powerful Tri-Beam Laser Rifle, available at the Silver Rush, or off the aliens from the space craft (note: aliens only appear in game if you have the the Wild Wasteland perk switched on.) It ain’t much compared to the Gauss Rifle, but it is a decent back-up, providing a respectable 180 DPS:

With three separate beams, it provides more oppurtunities for getting a critical hit, so using The Professional can increase damage.

However, that’s still pathetic compared to the flat damage of the Gauss Rifle with no crits. If you’ve looted smartly and saved your caps by doing some missions, the Gauss can be bought from the Brotherhood of Steel store inside their bunker. This might require doing some missions for them, but they are hardly a challenge. The base cost is listed at 3000 caps on the wikis, but you can expect a mark-up, making it cost more like 4000 or 4500.

Bonus perks to get and other tips

If you’ve decided to put all your points in energy weapons, it only makes sense to optimize your build with the perks. The better perks are only possible with an energy level at 90. Some of these can drastically alter the game and even break it.

Selecting Meltdown as a perk, energy weapons now cause a massive chain reaction upon the death of an enemy. Any effect (paralysis, crit damage, etc.,) is then applied to anyone near the explosion, spreading the damage in a small range. That includes you and your companions, so save powerful weapons for long-range sniping and medium-range mobs. Switching to a melee weapon in a tight space is advisable if you take this perk.

Plasma Spaz & Concentrated Fire also can also come in handy, but only if you use V.AT.S. frequently.

Laser Commander issues a 15% damage bonus, but is useless with weapons like the Gauss, which uses different ammo. It’s better to stick with one specific weapon build or the other.

Keep in mind the YCS/Gauss fires microfusion cells, which on Hardcore mode have weight. Stocking up is a good idea but don’t carry it all on you. You can squander it against pitiful enemies without realizing if you use the Gauss. It deals so much damage, that it is not advisable to use against lower enemies as you will simply be wasting ammo on rats and pointlessly degrading your rifle.

The irony? The main draw back is that you shouldn’t be using the Gauss most of the time it is so over-powered. Making the Tri-Beam or MF-Breeder weapons[fallout.fandom.com] a preferable main weapon instead.