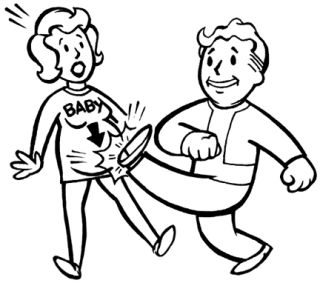 A guide to show all performance and stability boosting mods that are essential to making Fallout New Vegas a more stable game and tools and mod managers to help with modifying your game.

This guide assumes you have basic computer literacy and know how to at the very least find your New Vegas folder. Be aware that your game can crash if mods are installed incorrectly, nexus mod manager or even better, mod organizer is highly recommended! 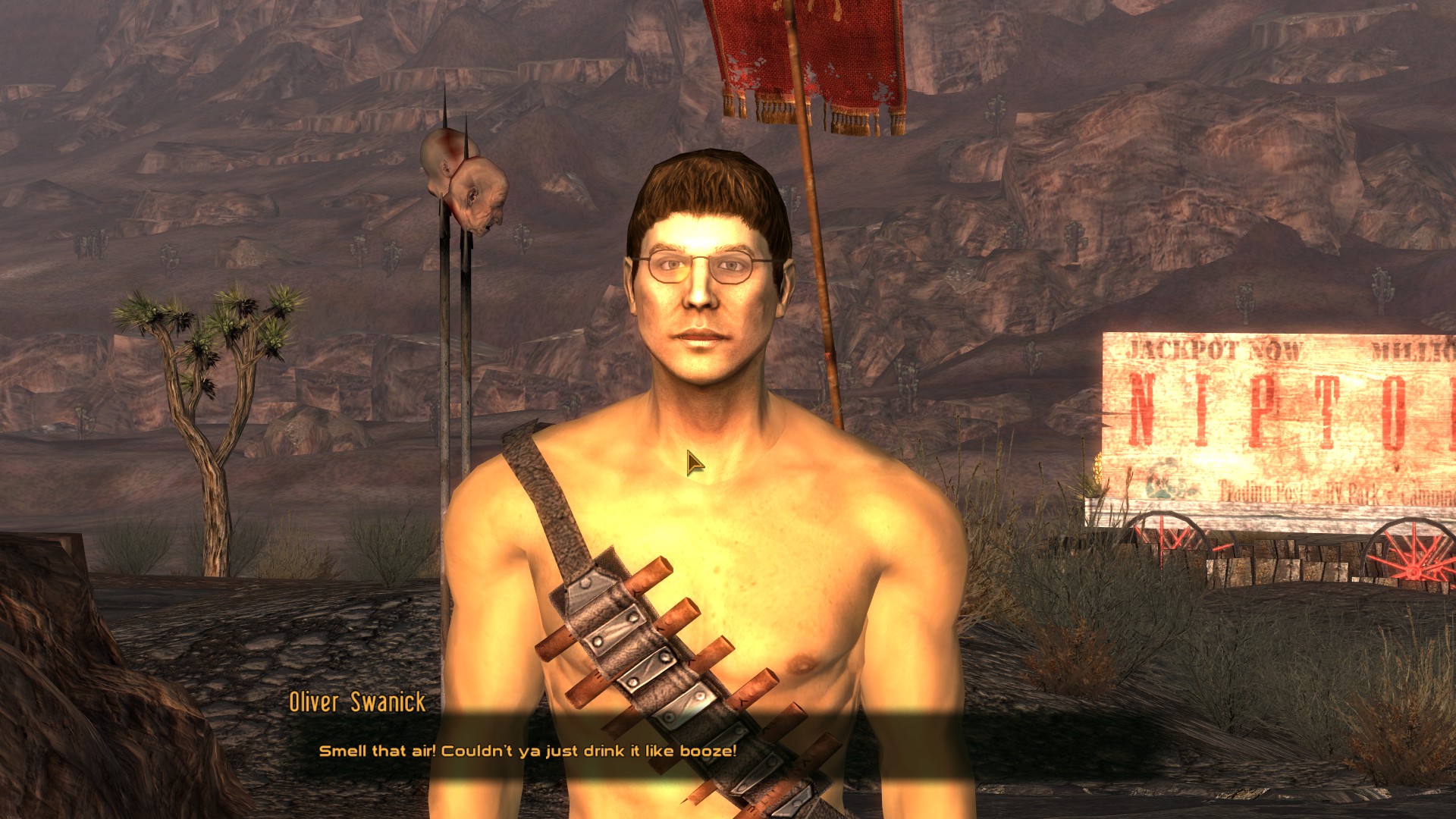 New vegas Anti Crash is a mod that is absolutely essential no matter what. Even if one is doing a vanilla playthrough they should still get this mod. It will get rid of many of the crashes you will experience throughout the game. This is however a NVSE plugin so you must have the script extender installed. 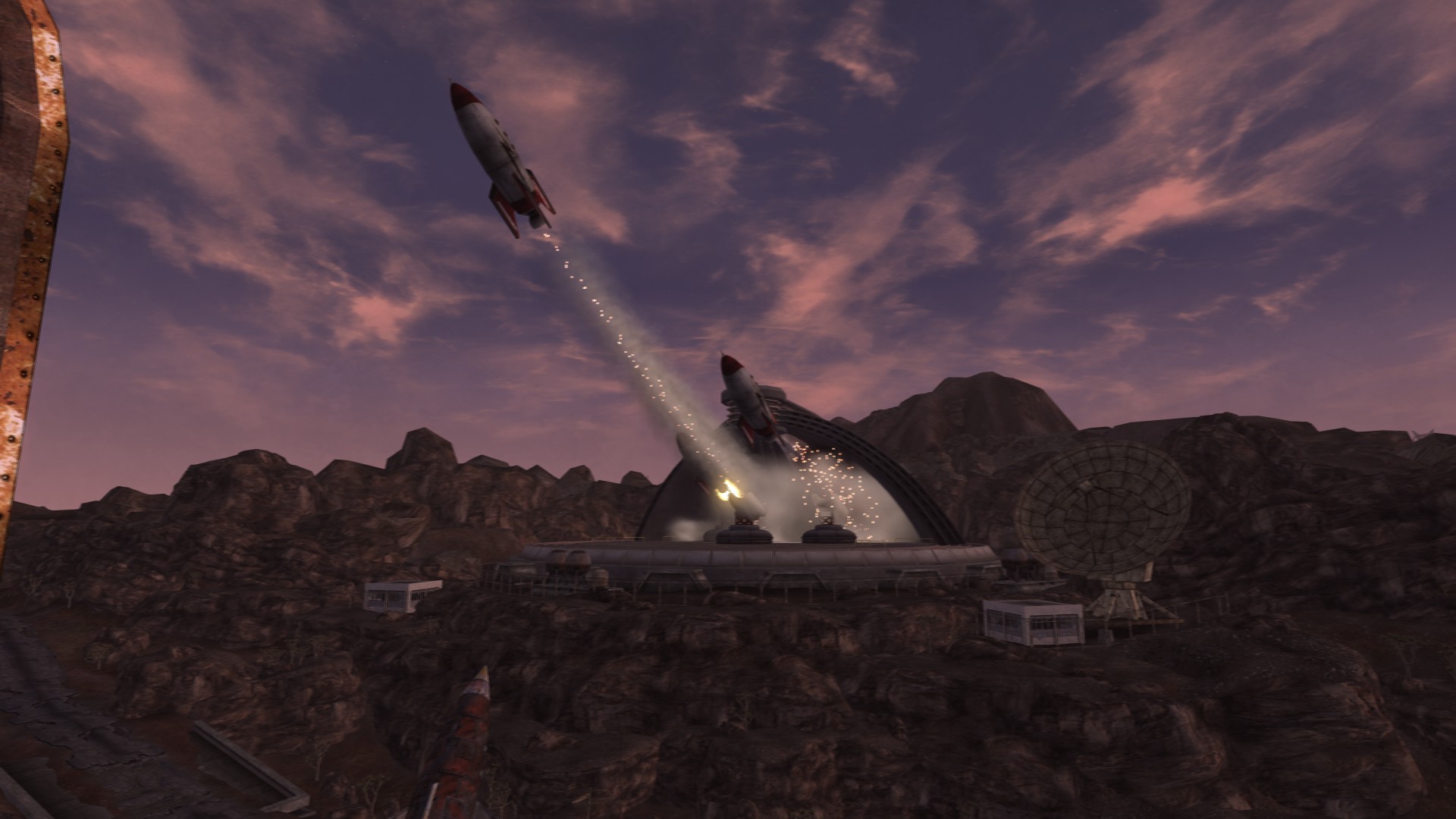 New vegas script extender is another absolutely essential mod that is required by most other mods. A lot of mods on the nexus require the script extender including some of the mods on this list. Installing New vegas Script Extender should be done manually. You have to simply open the file and your game directory and drag and drop everything except for the SRC folder and the read me files.

DO NOT PUT THE FILES IN YOUR DATA FOLDER
The NVSE files must be dropped into the main directory where your exe file is located.

This file is not available on the nexus! 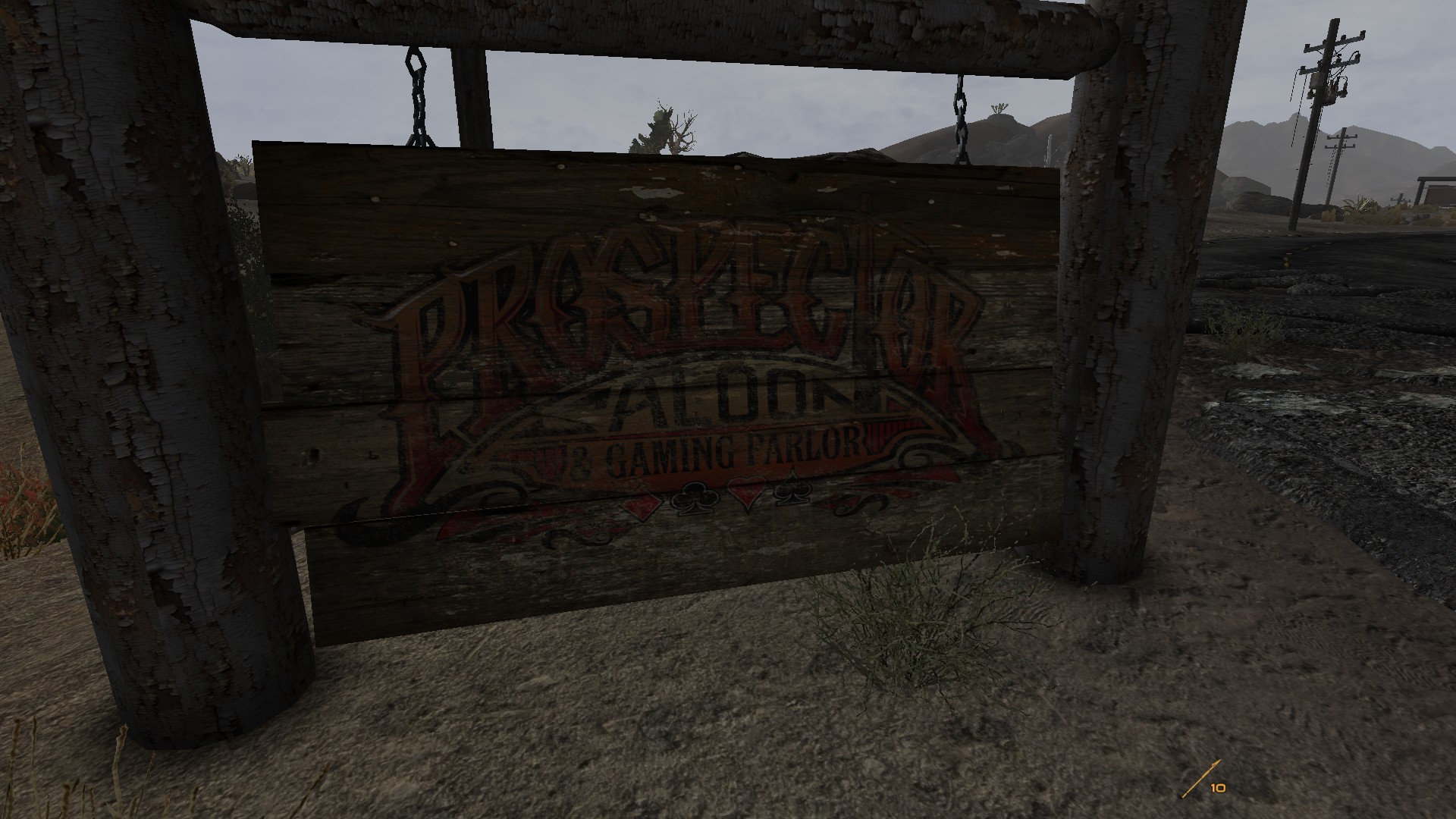 Here is a list of just some of the fixes from the nexus page-
– Fixes the Dead Money perk In Shining Armor so that it actually does something
– Corrects the female mesh for the Pimp-Boy 3 Billion so that it’s not held at an angle
– Fixes Boone’s head tracking and stops him from holstering his weapon every 5 seconds in combat
– Alters Fixer so that it cures addiction temporarily as it says, not permanently
– Ultrajet addiction can now be cured by doctors
– Stops various NPCs and creatures who begin the game dead from miraculously resurrecting 3 days later
– Ensures the Brotherhood of Steel Explosive Collar won’t detonate after its removed from your neck
– Prevents the Old World Blues trait Skilled from being taken, then removed to leave a permanent +5 to all skills.

This is all with only 1 ESM! 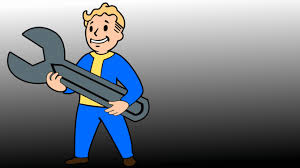 New vegas stutter remover is a plugin for New Vegas Script Extender that fixes the games stutter. Vanilla Fallout New Vegas has really bad stutter that is really noticable when jumping and side stepping. This plugin gets rid of all that stutter and comes with its own INI file that you can tweak to your liking. The stutter remover is a PLUGIN so it must be placed in the correct folder which is Fallout New VegasDatanvseplugins. This is done for you if you use a mod manager.

New Vegas Tick Fix
New Vegas Tick Fix does the same thing as the stutter remover however it works on Windows 10. Some report that this still doesn’t work for them, but I have been using this over stutter remover and it works like a charm. The only downside is that it doesn’t have a customizable INI file, meaning you can’t set fps limits. This isn’t a problem if you use vsync, but for those who don’t or have a monitor that goes above 60hz, going over 60fps on the engine Fallout 3 & Fallout New Vegas use will cause the game to speed up because the game was not meant to be played above 60 fps. If you use New Vegas Tick Fix and have problems with the fps going above 60, I recommend using something to limit the frame like Nvidia Inspector or MSI Afterburn. 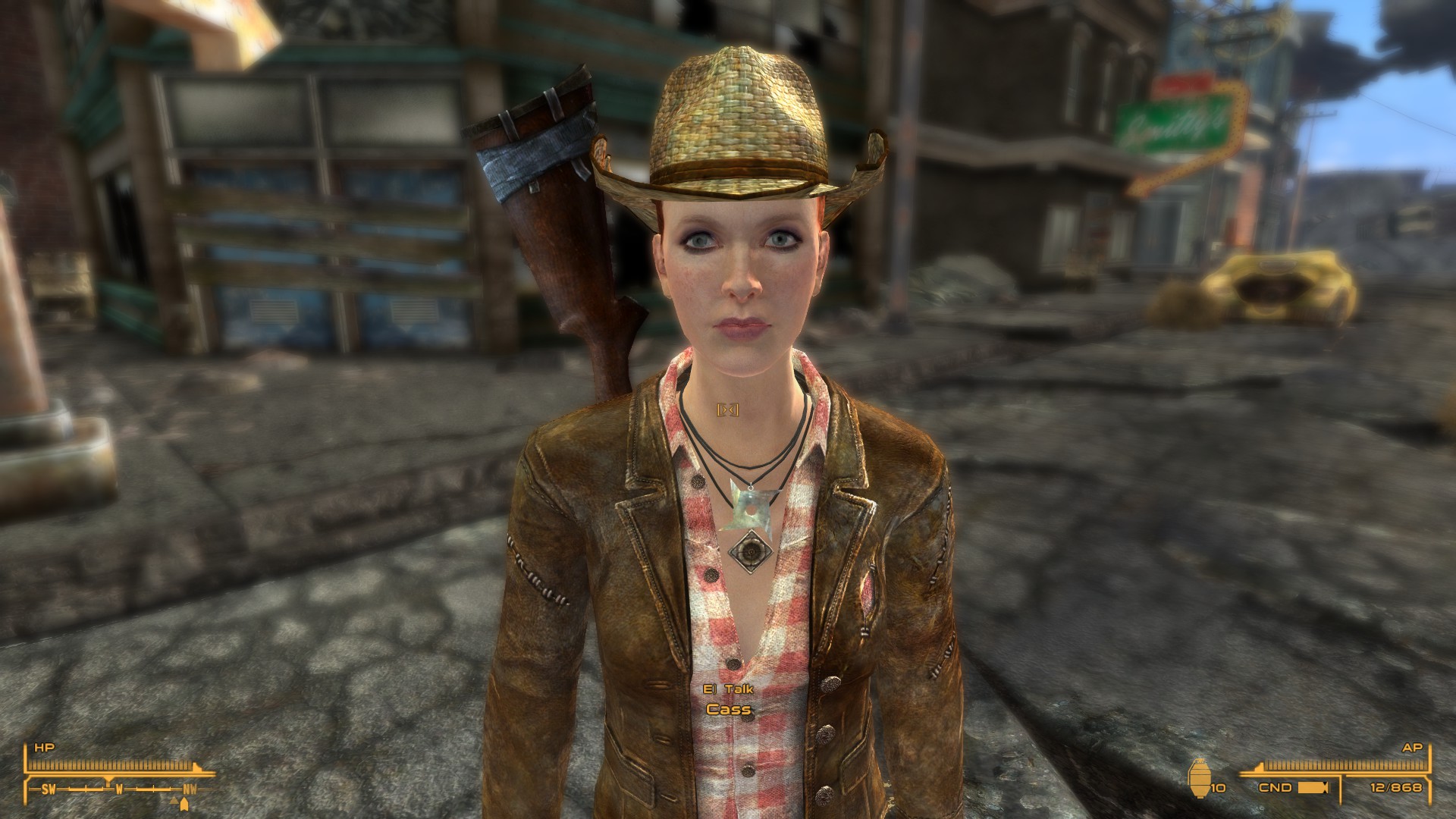 Better Saves
Previously, I recommended that people should install Manual Save Key. This mod works fine however the keybind is set to F11 which I don’t really like, and the mod doesn’t have the feature to allow for auto saves. This led to me constantly reaching across my keyboard to spam F11 and whenever I forgot to save, I get sent back all the way to the last time I pressed it. For those who don’t know, auto saves in Fallout New Vegas (and every Fallout game that has them) are very buggy and can cause save file corruption, leading to lost progress. CASM was the go-to mod that people recommended however recently some have said that it might be less stable than we thought. I recommended Manual Save Key but it lacks auto saves. Better Saves is the solution I have been looking for all this time. It creates a manual save using the keybind that is set for your auto save and it has a MCM menu so you can customize when it does auto saves and how many saves it should create before deleting the previous ones. It’s simple, customizable, and it works. 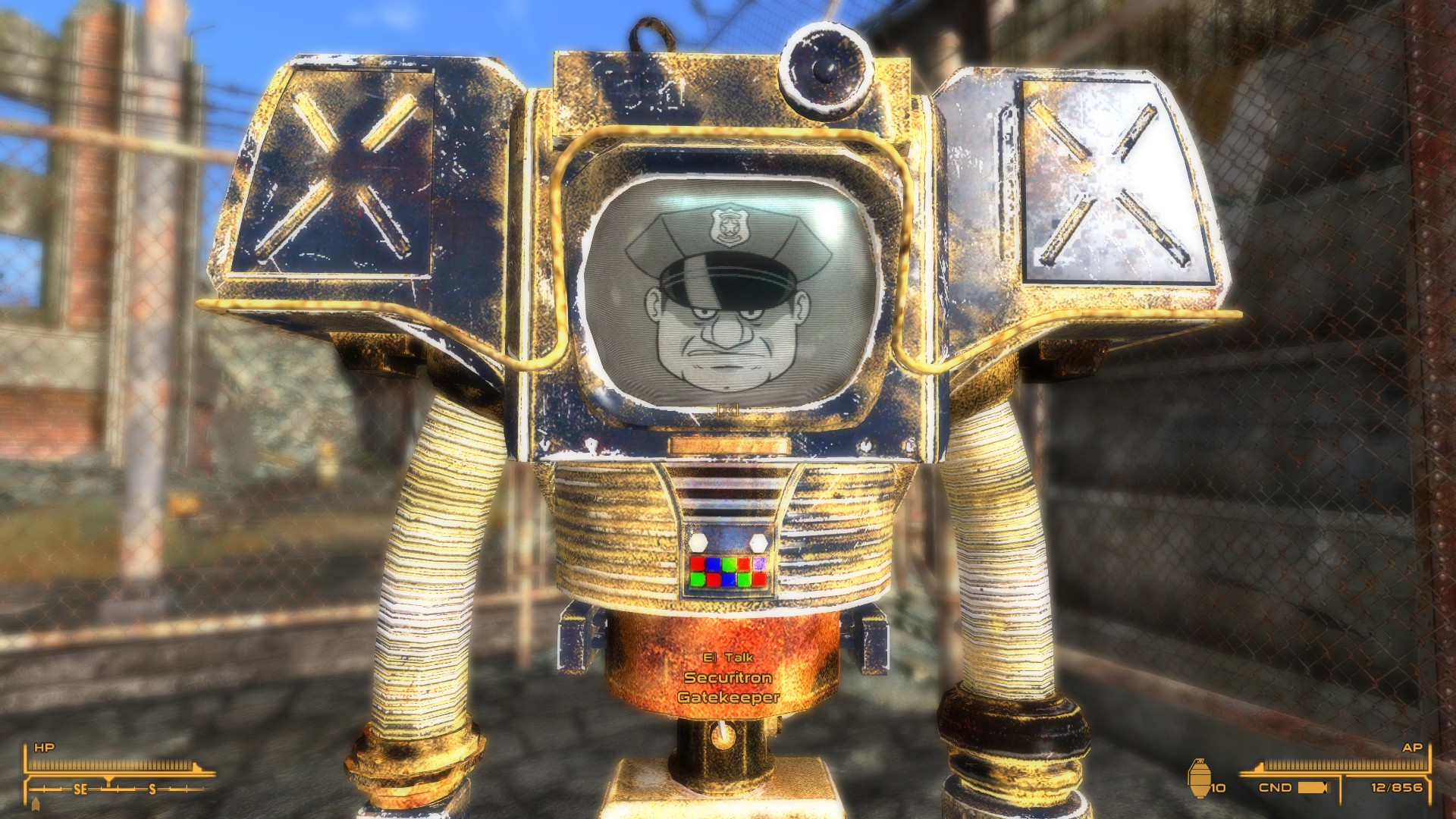 There have been many patches and solutions to make Fallout New Vegas 4GB. Fallout New vegas by default used only 2GB. By using this patcher you can simply run it and it will patch your exe file to run at 4GB instead allowing much smoother gameplay especially with high resolution texture packs such as NMC or Ojo Bueno. The front pages for these texture packs actually stongly recommend or even require you have your game 4GB. This patcher DOES NOT go in the data folder. It goes into your main directory with your exe file and you run it once and it will patch your exe and create a backup. Once that is done your game will be patched! With your game being 4GB it will not get out of memory crashes and will run much smoother even without the high resolution texture packs.

The Mod Configuration Menu is a menu that is added when you pause your game and allows you to tweak options with mods that are supported by it. For example there is a version of CASM that is compatible with MCM that allows you to tweak how often you want the game saved and the time you want between each save. This mod allows for much more control over how your mods work. 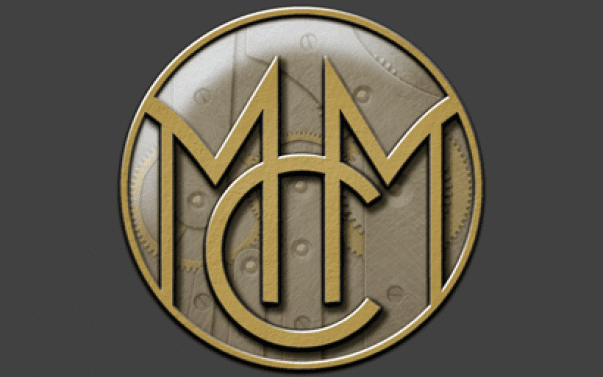 What Mod Manager Should I Use?

In a previous iteration of this guide, I had a long list showing every mod manager and the pros and cons of each. In this edited version of the section, I will only list one, as it is the only one that you should really be using if you want to install more than the essentials and want to mod your game extensively.

Mod Organizer 2
Mod Organizer 2 was once too buggy and broken to use effectively due to memory leaks. The developer of Mod Organizer left to work on Vortex, the new replacement for the old Nexus Mod Manager. The problem with Nexus/Vortex is they lack features Mod Organizer has, they don’t have an effective way of organizing overwritten files, and there isn’t a feature to inject the files and instead they just dump everything in your folder. This can cause problems if you have a few mods that overwrite each other/

Example
Lets say you have all your essential mods installed and want to get into installing some graphics mods. You install NMC’s Texture Pack as a base and want to install Ojo Bueno and use those textures to overwrite the NMC Textures. The reason people do this is because Ojo Bueno doesn’t cover as many textures as NMC’s, so usually most install NMC’s first and anything Ojo Bueno doesn’t overwrite is already covered by NMC’s. If you install NMC’s first and then install Ojo Bueno, Vortex will ask you if you want the files overwritten. This sounds like a small issue but when you have 40+ graphics mods, (and believe me you will because the feeling of improving the game becomes an addiction) then you will have to make sure that you only overwrite the ones you want and don’t accidentally overwrite something you don’t want overwritten.

What Features Does It Offer?
The main feature Mod Organizer 2 offers over other mod managers is that it doesn’t actually just dump the files into your folder causing your New Vegas file to become more bloated than honey boo boo at golden corral. It instead “injects” the files from the mods you have once you run the game through it. This means no actual files are inside your New Vegas folder, there all applied when you run it through the Mod Organizer. This feature leads to so many possibilities such as profiles where you can have your Grognak melee build use a bunch of combat overhaul mods and animation mods, and then switch profiles for a vanilla game if you want to start your speedrunning career. You can do all of this with no crashes or worry about overwritten files getting in the way, and there is a neat section in the Mod Organizer that tracks all your save files and what mods are used on each so you don’t get them mixed up.

Is There Any Reason To Use Something Else?
If you only want performance mods and the essentials and never plan on heavily modding the game, you could get away with just manually installing the mods. If you install graphics mods, overhauls, and all the other stuff, you should use a mod manager. As far as I know, no mod manager out there uses the same method Mod Organizer 2 uses when modding and because of that, Mod Organizer 2 will remain the champion of mod managers.

Extra Tools To Help With Modding

Now that you have chosen your mod manager/organizer, you can get some extra tools to help make your game more stable!

Tool #2 FNV Edit
FNV Edit is a program that lets you check for errors such as mods that are incompatible and also allows you to create merged patches which can help make mods work nicely together. Make sure that if you create a merged patch that is on the BOTTOM of your load order. LOOT will detect merged patches and will automatically put them at the bottom. FNV Edit is a really useful tool that I highly recommend you give a try.
[link] (FNV Edit) 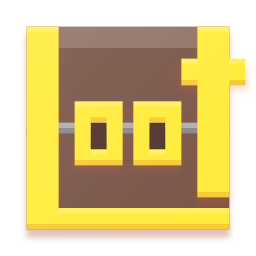 This guide took a really long time to make. That’s okay though because it was fun. I also edited this guide to update some new mods and adjust some of the sections since they were dumb. – November 2019

My final words are don’t buy Fallout 4 and make sure you don’t get sriracha in your pee hole.

Update: A new guide has been released in my New Vegas modding series. This time I show you how to make your game look prettier. I go over almost all the most popular graphics mods and explain ENB’s. It’s the bigger and bolder guide, check it out! 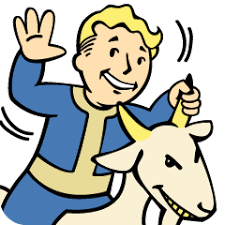