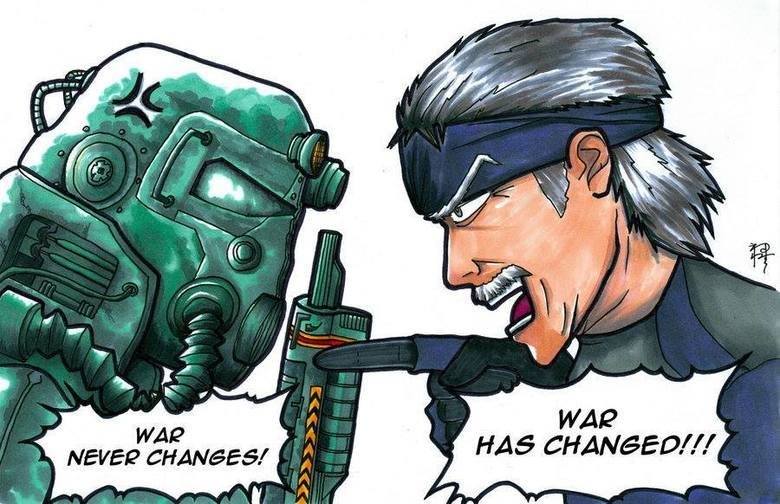 One of the vastest quests in New Vegas here today I shall walk you through this quest to the best of my ablities!

This quest is HUGE. Theres a crazy number opitions at least three ways to complete it, a grand tottal of four possible ending slide changes and to top it all off its one of the few quests in New Vegas that can be completed with out killing anyone. And with that out of the way on with the guide!

To complete this method we’re going to need a few things.

A Speach skill of 50 or higher OR a Medical skill of 75 or higher.

A Speach skill of 50 and a luck of nine or higher.

A Medical skill of 50 and a luck of nine or better.

If Your charter meets at least ONE of the above listed recquirments you can complete this method on your own. Upon starting the quest simply complete Caesar’s dialog checks with your skill of choice. Then journy to the New Vegas medical clinic and purchase (Or steal from the operating room in the back) The sugical supplies. (Buying them requires 999 caps) You may also wish to pick up a Doctor’s bag while Your here. Once You have the supplies simply return to Caesar’s personal tent, His body guard Lucuils will inform you about Caesar’s coma but don’t fret! we have the supplies to save his life! Simply aproach Him and interact with his sleeping body to open the surgery choice menu.
From Here we have 4 choices.
We can;

1. Do Nothing (closes the dialog window in case you forgot something)

3. kill him (this opition requires liked or better reputation with the Legion OR a speach skill of 50 OR OR a medical skill of 50 OR OR OR The ablity to fight off all of Caesar’s guards barehanded as failing to diswade Luculis’s concern will lead to a violent reaction from the Legion and garanteed villification.)

4. Trust in our luck and perform the surgery. (this opition requires 9 luck or better)

Depending on your choice Your reward will differ. If you killed Him you will get NOTHING and you will LOSE Legion reputation, if you saved him you will get 10 Legion Aureus (equal to 1000 caps)

It’s a pretty straight forward method. Before informing Caesar about the destruction of the Brotherhood of Steel simply recruit Gannon and when talking ot Caesar about His tumor when the dialog about the auto-doc in his tent comes up simply choose the second opition “One of my followers has medical skills, Arcade Gannon” If He is in your party and waiting out side Caesar’s tent (which he needs to be inorder for you to enter the tent) Caesar will automaticaly have Gannon enslaved instantly completing the quest and insuring Caesar’s good health.

Method Three (Vault 34)
This method is for people who don’t have the Skills to pass the checks and don’t want to enslave Gannon (the boring people) This method leaves us with the LEAST possible endings.
this method is even more straight forward then enslaving Gannon. go to Vault 34 (Be sure to bring plenty of Rad away and Rad-x) Follow the quest marker to the Infarmary, Loot the Auto-Doc and return to Caesar with the parts. The only ‘hard’ part of this method is survivng Vault 34 due to the high radiation and large ghoul presence (its almost like a Someguy2000 mod) but any Courier with decent combat skills and a mid tier weapon should be able to handle it.

Notice: if you look on my Youtube Channel you can find a video guide showing you how to find the Auto-Doc in vault 34 as well as many other quest related items within the vault.

as I stated in the intro this quest is highly complex and has ALOT of ending slides within so I figured I’d unpack some of those here.

Legion Endings: The Legion has two tottal endings. if Caesar lives then the Vegas strip slide is changed. if he Dies its changed to have Lanius take over the strip in a much more brutal fasion.

CHECK OUT MY OTHER GUIDES

Seriously though if you liked this guide vote it up and maybe even favourite it?

And if you REALLY liked this guide (Or You’re starting to go feral from all the radiation.) Considder checking out my other guides? Or maybe subscribe to Me so You can see all my guides as they get published?