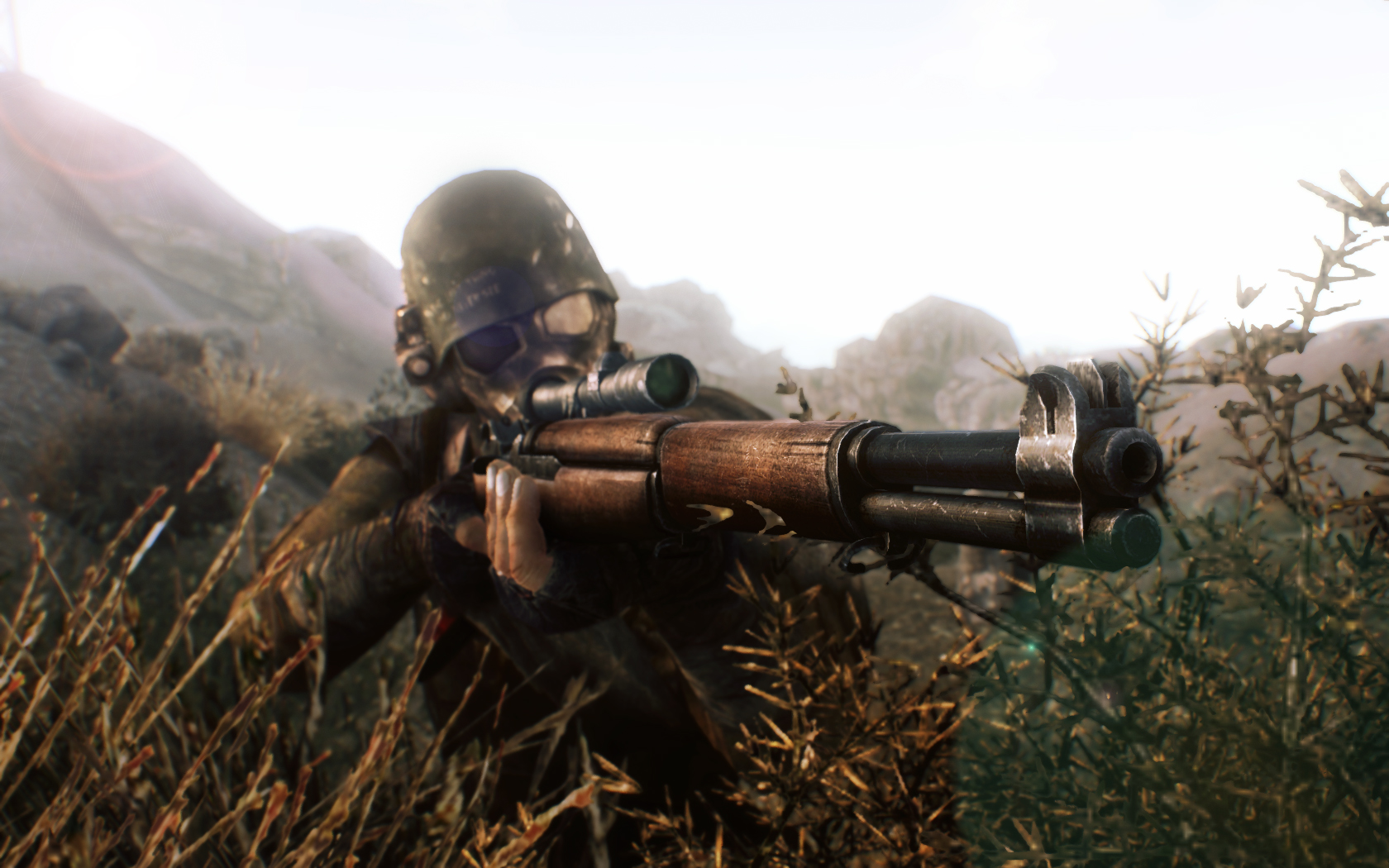 Backstory:This character grew up in the south east side of neveda,right on the border to arizona in a small town.the legion eventually took over the town and took most of the residents into slavery.this NCR sniper tried to resist the legion attack but bacame overwhelmed and he fled town.he was travelling north to camp mcarren to inform the ncr of what happend.The NCR said they would soon reclaim it.they evantually did but not in the way the NCR sniper wanted. the NCR saw that there was too many legion for just 7 puny ncr troopers to handle.They then noticed that there was a truck perched on a hill that had about a dozen or so of barrels full of radation. so they threw them into the town killing everyone. our sniper character was furious about this,but what set him off even more is that he noticed that legion territory was alot safer then the NCR. the NCR could also never protect there own citizens and corruption and greed ran this army. so he thought enough was enough so he quit and worked as a courier until he got shot in the head by a man named benny. now he’s forced to pick up his sniper and take his revenge.S.P.E.C.I.A.Lstrength:6perception:7 endurance:5charisma:5intelligence:5agility:6luck:6skills-guns-sneak-repairmain faction-yes man-mr.housebest companion-boone because hes an ex ncr sniper just like youarmor-any armor as long as its light and its not ncr or legion (i recommend leather armor)weapons-anti-material rifle-any pistol of your choosing-bowie knifeif you dont have lonsome road use the combat knife.