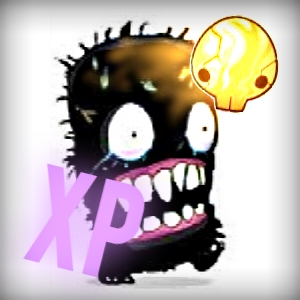 A risky, but great way to earn loads of experience when you’re in a hurry to reach level 99.

LOW STRENGTH (optional, but will lower the effectiveness of this method the higher your strength level is)

INSANE MODE
You must beat the game with the character you want to level up. If your character has a skull on the character selection screen, you are legible for Insane Mode.

RECOMMENDED LEVEL: 40
If your level is lower than 40 or if your defense is low, I might suggest bringing some potions along. 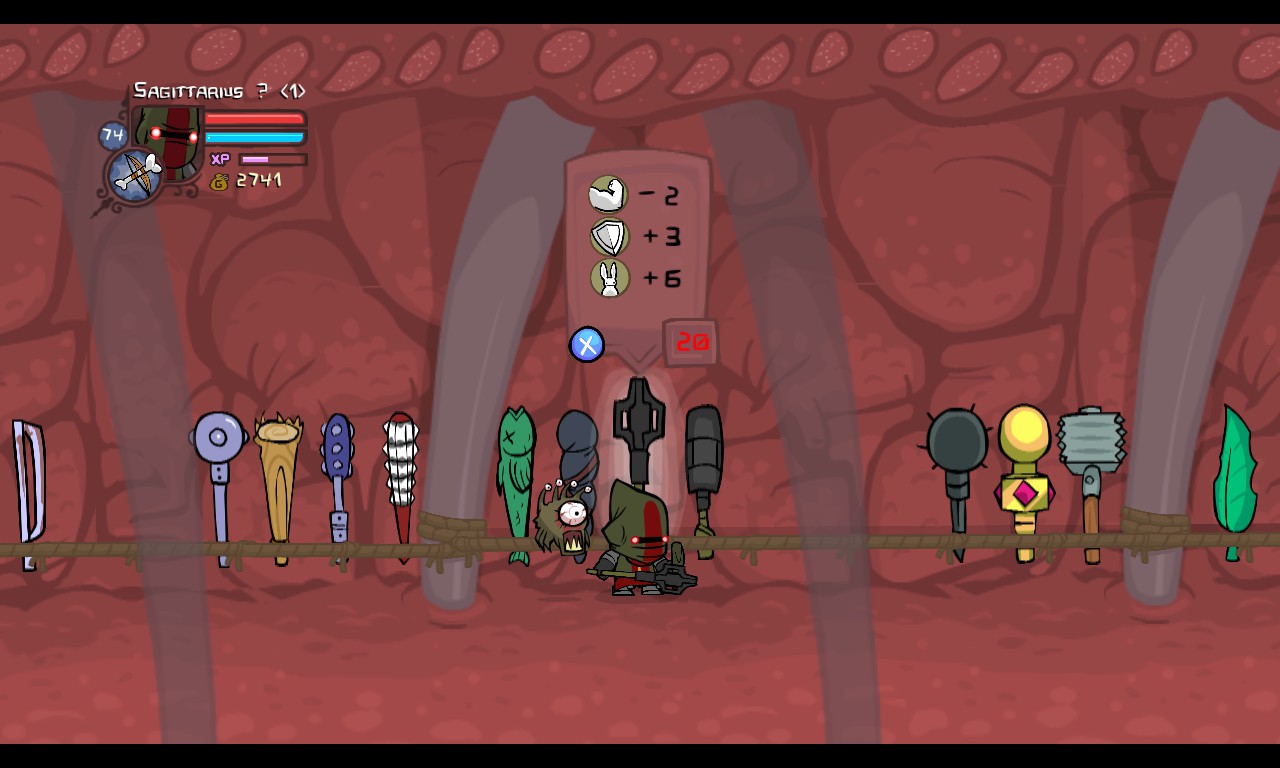 Find yourself a good, low-damaging weapon. The lower, the better.
In this picture I’m using the Skeletor Mace since it offers less damage and doesn’t deal crits. 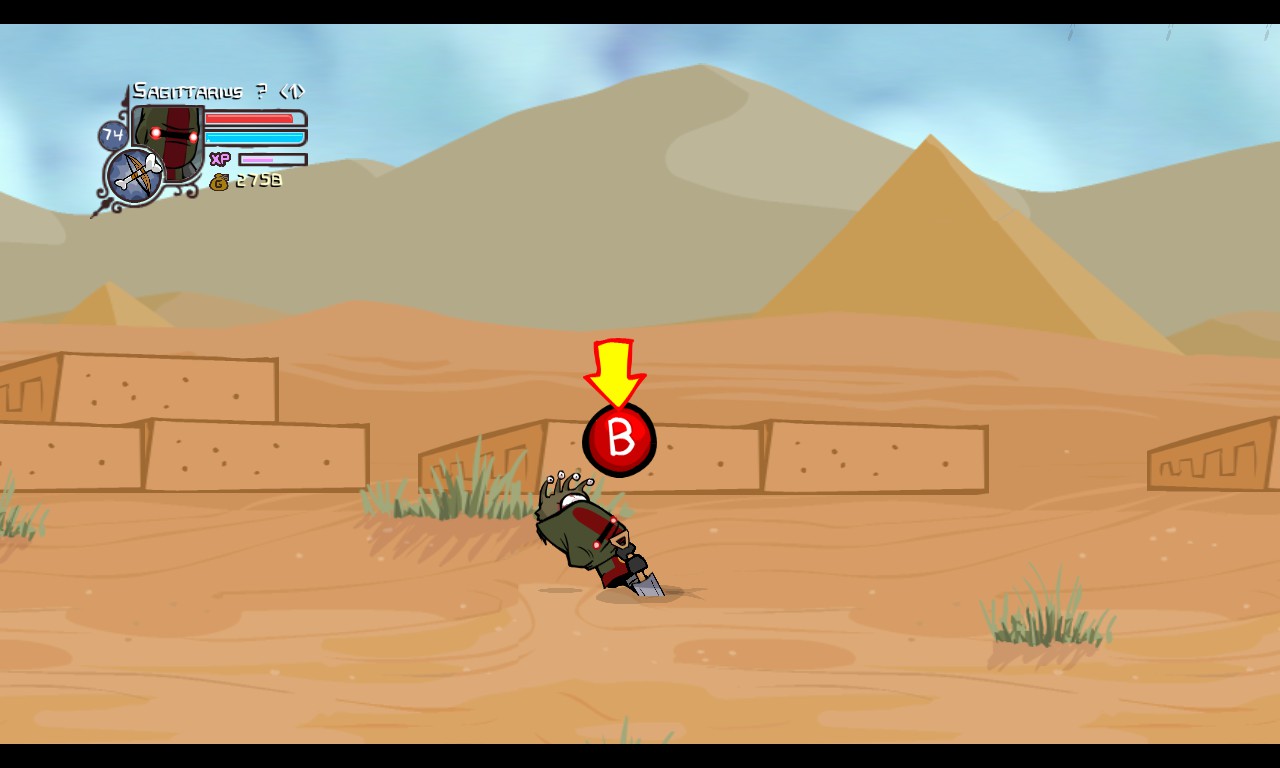 For best results, bring Giraffey with you.
To find Giraffey, go to the Desert and find a dig spot next to a pile of stones. 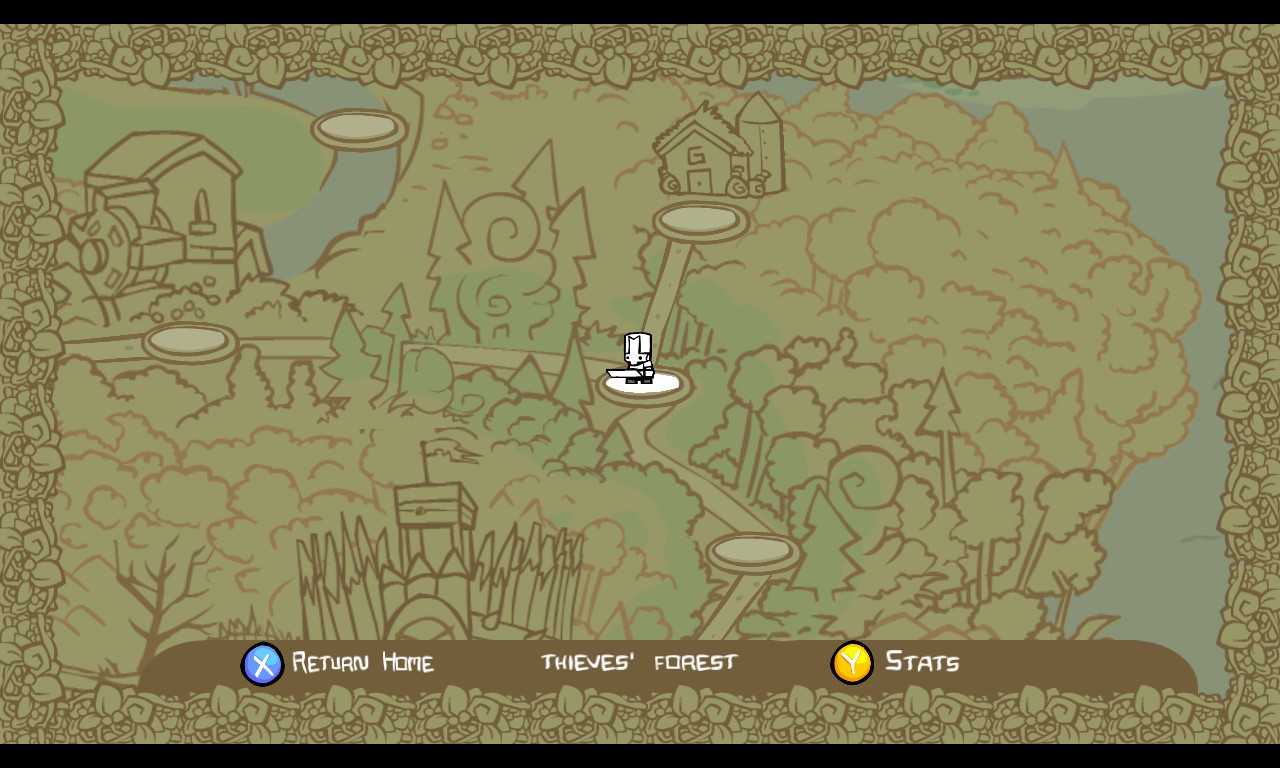 Go to the Thieves’ Forest on Insane Mode.
To access Insane Mode, beat the game, and you’ll find a gap underneath the Barbarian Boss.

Once you’re here, make your way through the level by defeating the Thieves. On Insane Mode, enemies have ten times more health, increased attack damage, and attack almost twice more often. Make sure to have plenty of defense.

Finally, you’ll come across the Mother Troll. I’m sure you’ve seen a method like this before. The Mother Troll constantly spawns Trolls which you can use to gain experience quicker. The results were good on Normal and even better on Insane. Once you’re here, juggle to your heart’s content.

ENGAGE
With a higher level, you have more access to crazy combos you can do in the air – most notably the XY combo (uppercut) combined with low strength allows you to give more hits and recieve more experience. The more Trolls you catch in your air juggle, the better the results. Here is a picture. 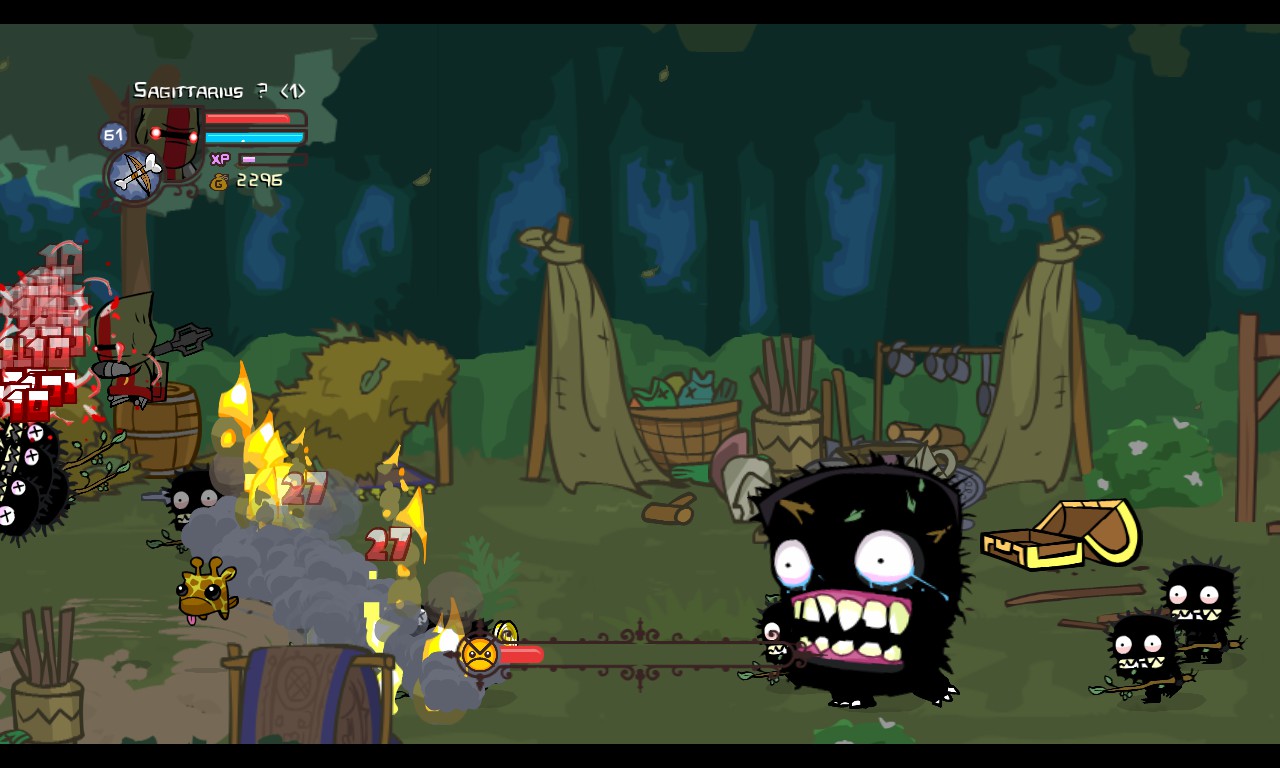 Juggling Trolls into a corner. Keep the damage output nice and low.

TAKE CAUTION
On Insane Mode, Trolls have 500 HP, and deal 70-100 damage in a single swing. The higher your defense, the less damage you take. Stay in the air to keep away from the Trolls below. With high agility, it’s hard for them to land a hit on you if you use it to your advantage. If you’re on the ground searching for dropped fruit and coins, run in zigzags. This lessens your chances of getting hit. 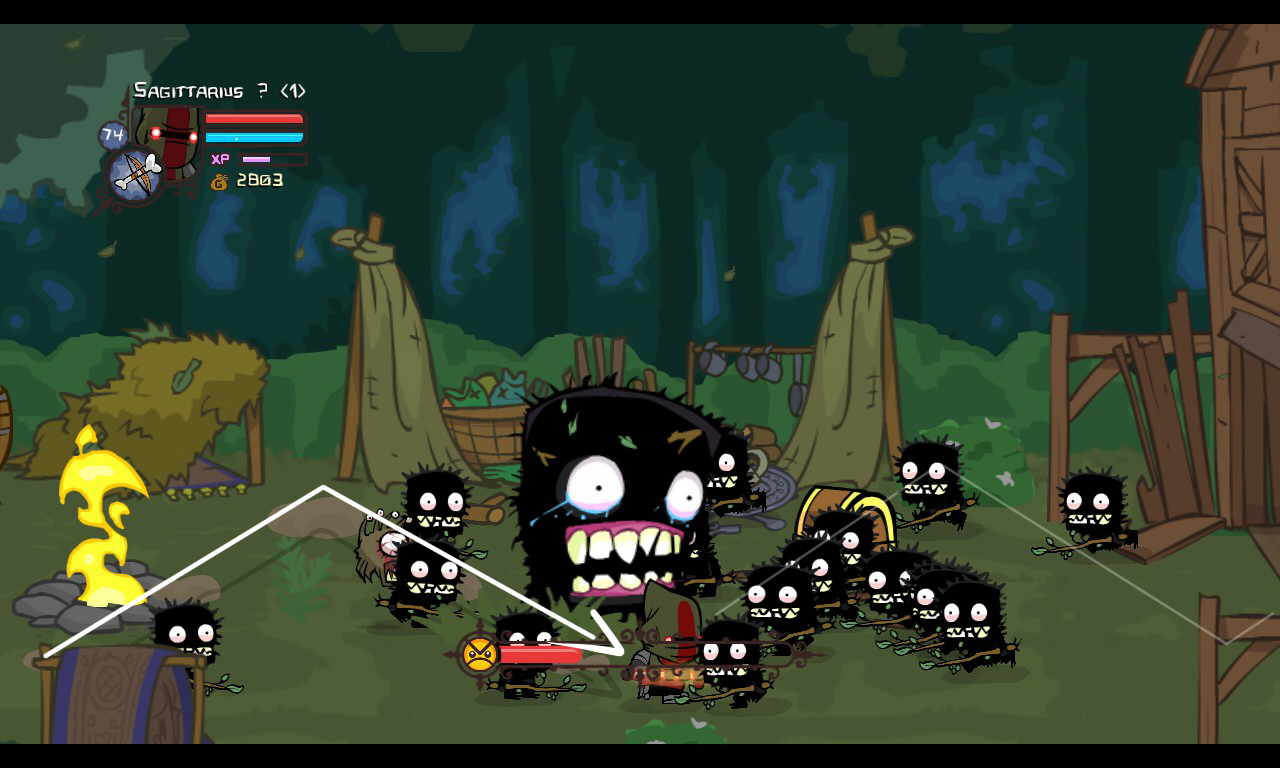 Moving like this makes it harder for the Trolls to hit you.

TRAPPED!
This is where high Magic comes into play. If you are surrounded by Trolls, taking a lot of damage, and can’t move, use the Magic Jump to escape! Magic jump into spots where you believe are safe, and continue with your juggling.

STAY IN THE AIR
Try to stay in the air and juggle the Trolls for the longest time possible. To do this, use light attacks (X) for a few times and then use a heavy attack (Y).

If you use a heavy attack after landing an even number of light attacks, the attack will be a slam. This sends enemies downward and back up. This gives you a slight increase in elevation and will position your enemies a bit lower.

If you use a heavy attack after landing an odd number of light attacks, the attack will be an uppercut. This sends enemies upward and gives you a great increase in elevation. This positions enemies higher.

Master these tricks to get the most out of your experience gain. 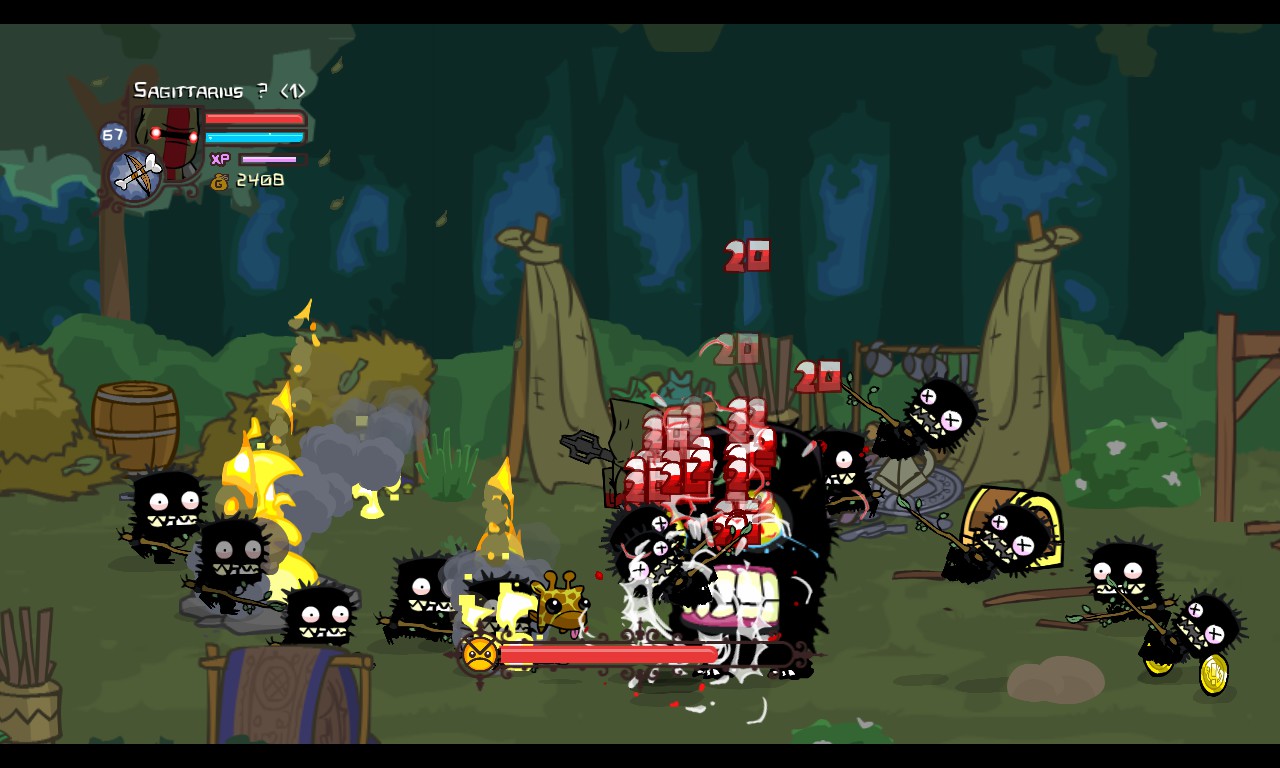 If you believe that you’ve leveled up enough times or if the Troll Mother defeats you, go back to the map and level up your character! This picture shows a play session that took around 20-30 minutes. 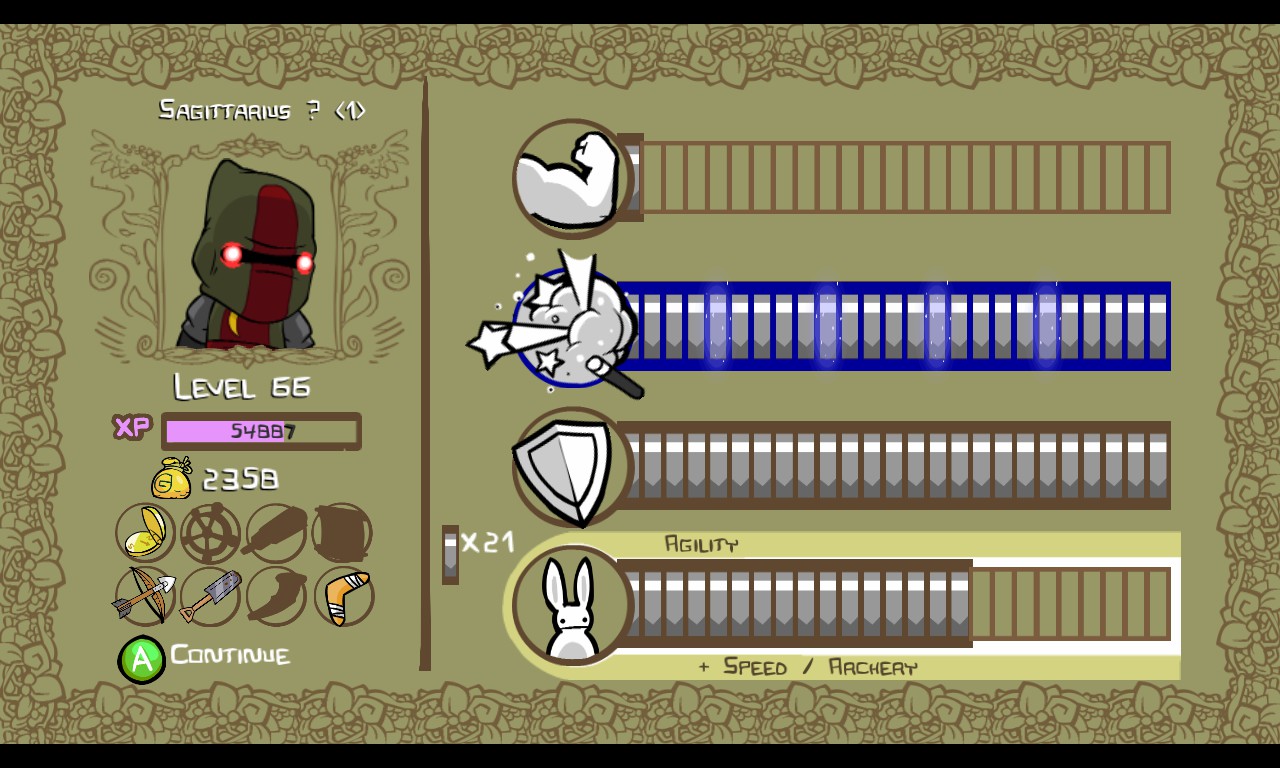 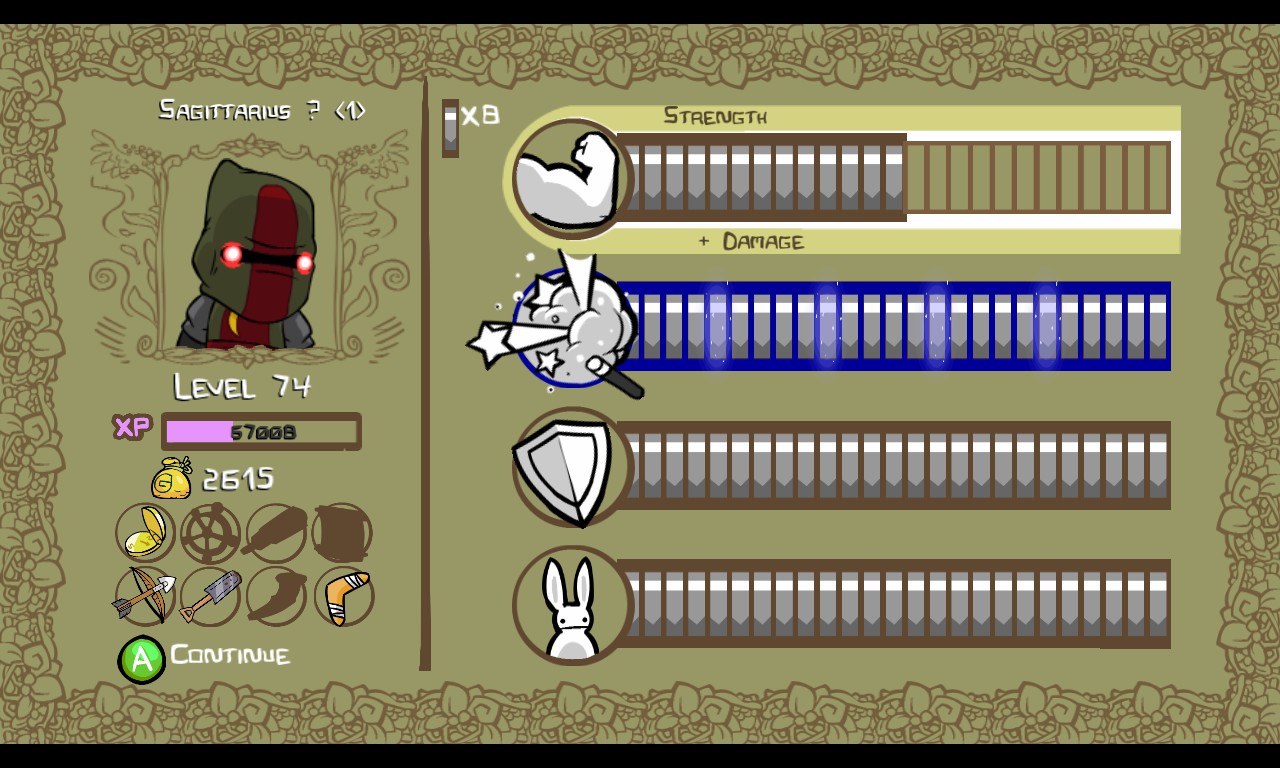 Another play session. This one was around 30 minutes.

You can earn loads of experience when doing this, even more than doing it on Normal Mode since the enemies on Insane Mode can take more hits and the Troll Mother doesn’t die a lot faster than in Normal Mode.

In my opinion, this is one of the best methods of earning a lot of experience hands-on. I’m sure most of you know of this method on Normal Mode, but the results are a lot better on Insane. I hope this guide helps you in leveling up your character as fast as I did, as well as helping you learn the basics of air combos.

– After you reach level 78, you no longer recieve Skill Points.

– If you want to ensure survival, take Hawkster instead – he’ll grab fruit from fallen enemies as well as peck downed enemies, which also give experience!

– The character shown in this guide is the Cultist, you can unlock him by beating the Ice Castle on Insane Mode. It’s a long, horrible journey, but trust me, it’s possible!

If you don’t mind, I’ll just throw this random screenshot in here… 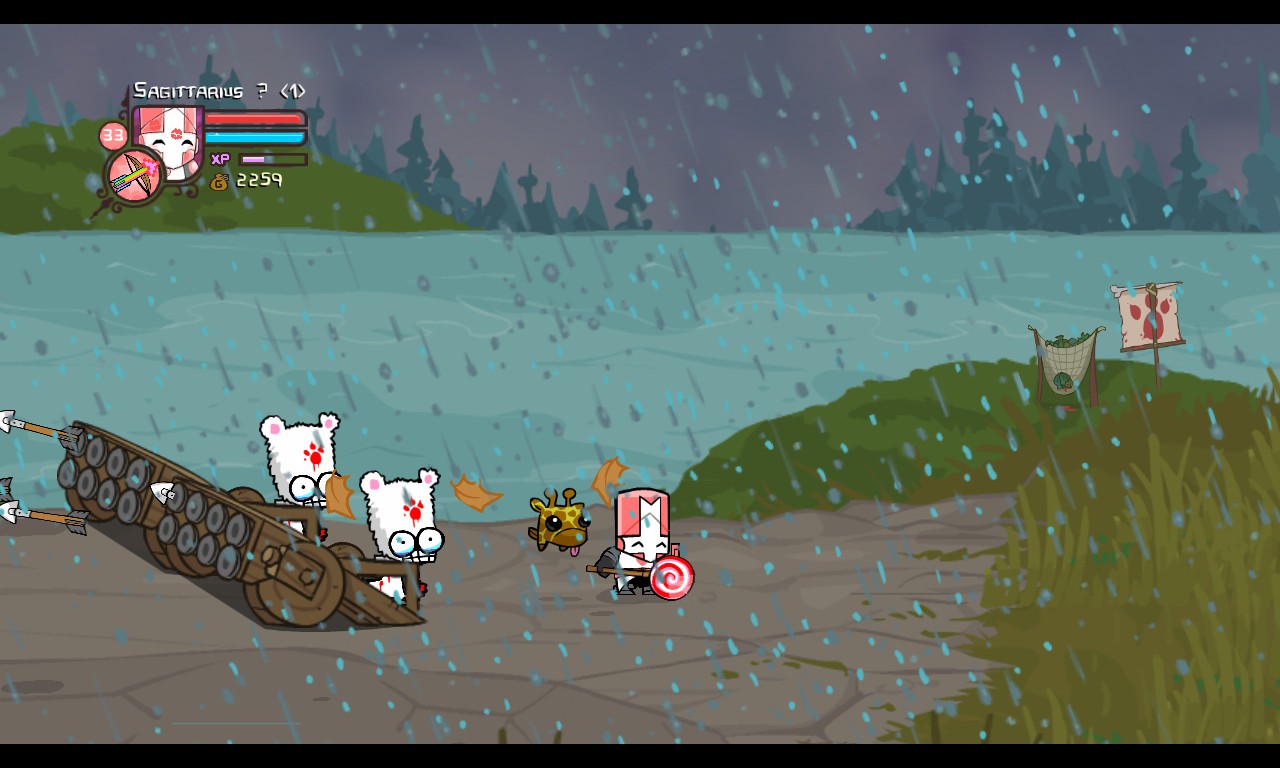