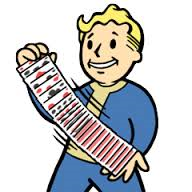 this guide will hopefully help explain the seemingly complicated rules of Caravan. Using years of knowledge and practice i have racked up an impressive record throughout all my playthroughs. This guide will explain basic rules and what the cards do, as well as a general strategy that I use personally. with this info you can hopefully get the achievement Caravan Master

Pretty straight forward, adds the face value of the card to the pile you play it on
A=1, 2=2, etc. These cards can only be played on one of your three piles.

An exception to this rule is if for example, the second card you play is lower than the first on the pile (Decending order) if you have a card of the same suit you can play it on that pile, whether its higher or lower.

The goal is to try to get all your piles between 21 and 26 before your opponent, alternately if someone runs out of cards, that person is declared the loser.

One of my favorite cards, A Jack will remove any card that its played on, and can be played on any card on the board, yours or your opponents! Use Jacks to take away your opponents high cards and keep their scores low, or use them to eliminate problem cards on your side (i.e. Kings) so you dont have to discard a whole pile in a close game. A Jack can be the difference between Victory and Defeat.

!WARNING!: AI’s love to try to wreck your day with Jacks, sometimes playing them from the beginning.

Queens can be extremely useful throughout the entire game.

What a Queen does, is changes the order of the pile its played on. For example, if you have a pile that is going in Decending order, and you only have higher cards, play a queen if you have one, and the order will reverse into Acending, or vice versa. It can also be used to trap your opponent, by making them lay only low cards, or waste a jack to eliminate it.

Aside from that Queens have no other function

A King can be one of the most useful cards in the game, but it can also be one the most devestating, so be smart about using your king. Sometimes its better to play it on an opponents high card to push them over 26.

!WARNING!: AI’s love using Kings as much as Jacks, some of the more difficult opponents will bombard you with either of them, so make sure you do some damage too! 🙂

My all time favorite card. A Joker can be your best friend. When you play it on a card, every other card of the same value will be discarded from the board, except the card it was played on!

This card is one of the more complicated ones, as it can easily mess you up as well as your opponent.

I haven’t had this card turn up too often (I believe the most I’ve had was 3 or 4 of them) and from what i can remember, I haven’t ever had an opponent use one.

Here is a generic strategy that I’ve developed, everyone plays a different way, so if you find a strategy that works better for you, by all means use it.

The easiest way to obtain cards and build your deck is to talk to any merchant you run across, usually the prices range around 3 caps, and Travelling Merchants usually have a couple cards for sale. Alternately, in the Dead Money DLC, there are special Sierra Madre cards scattered around the map. Once you have a decent amount of cards then its time to build your deck.

Now this is where my strategy starts to differ from others, while people have talked about a 7,9,10 pattern, i see that as setting your opponent up to do some damage and take the win.

For starters, go to the end of the deck where your face cards are, as these can be the most useful in your deck.

Add all your Jokers, Kings and Jacks that you can to the Deck, thats your ammo when things get close in a game. Usually i stock up on a couple queens, about 3 or 4, these can come in handy.

After you have your face cards selected its time to choose your number cards.
I usually load up on my high cards (6-10) and scatter it with various low cards (A-5). Normally I try to stay away from too many Aces, 2s and 3s, because the values they add are so low. I save those for when im getting close to the target area, or i want to push a pile up to 25 or 26.

Try experimenting with different deck combinations, see what play style suits you the best. After building your deck to your specifications its time to play 🙂

Now, due to the fact that I load my deck up with high cards and face cards, usually my beginning hand is a mixture of them, with 1 or 2 low cards usually.

At the beginning of the game, the two players take turns starting their piles, or Caravans. Each player has Three Caravans that they have to reach 21-26. After each player has played a card in each caravan the game really begins.

I usually start by playing the 1 or 2 low cards and a high card. If your opponent starts off with a
Jack then I try to replace the discarded card with a lower value high card, such as a 6. as the game progresses and my Caravans start getting closer to the target value, thats when i go on the offensive. I use a very agressive playstyle that revolves around throwing my opponent over the target value, causing them to discard piles and start over.

After I’ve succeeded at disrupting my opponents piles, then I start stacking my piles using queens to switch between orders, any leftover kings can be used to quickly boost any lower piles up into the target values, once all three of my caravans have reached the target values, i use face cards to disrupt my opponent one more time, usually resulting in a victory, and a decent amount of Caps.

Ive tried making these instructions as simple as possible, but the best way to learn Caravan is to simply keep playing until you get a good working strategy, then just try to use it as much as possible. At no time did i garentee that my strategy will work, rather ive just had extremely good luck using it. If this guide helps you, im glad, if not thanks for at least checking it out. now time to get back to popping Feral Ghoul skulls. Happy Caravaning Fellow Vault Dwellers