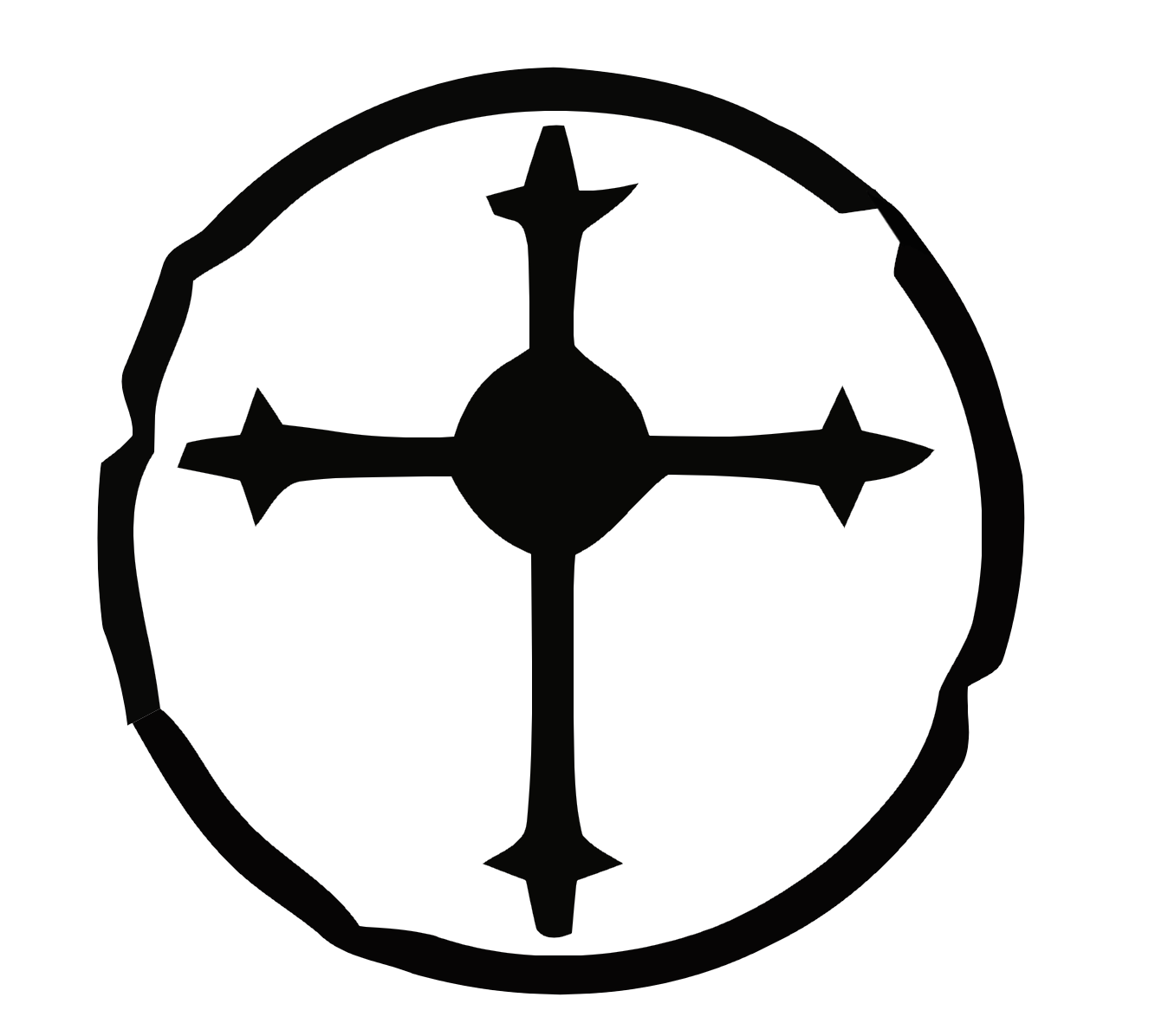 Ever want to help the poor souls of Freeside or wanted a good Doctor/Scientist Build. Well this is the Followers Of The Apocalypse Build or in short, the FOTAB….kinda dumb but it’s quicker than saying Followers Of The Apocalypse Build. Let’s call the character or your character The Medic or Doctor…ima go with Doc for……no reason. Let’s get into the character backstory. Doc was a memeber of the FOTA and wanted to help spread the message the Followers were spreading and so he/she became a courier to help do so, why be a courier? you may ask, well Doc thought there was enough missionaries and wanted to deliver things to people that could help them while spreading the Followers ideals. Wouldn’t you listen to your mailman if they just brought you some questionable things you ordered? Anyway, Doc eventually got the chance to meet Mr.House when delivering the Platinum Chip, and when delivering the Chip was shot by the scumbag Benny and left for dead, now Doc wants to make sure the Platinum Chip gets to Mr.House so Benny can’t destroy what the Followers are trying to do, and that is helping Freeside and anyone who needs it, and if the Followers can’t have an Independent Vegas the least they can do is get the Chip to Mr.House who can at least help vegas in some way.

Strength- 5 Doc may not be a fighter but he/she isn’t new to fighting and can take some hits, and give some back.
Perception- 5 Doc tends to wear glasses, and already has some average vision..the glasses are for show.
Endurance- 5 Doc forgets about his/her survival when helping others…..but isn’t a pushover.
Charisma- 7 Doc can talk people into donating supplies, and reads alot of “Lying, Congressional Style” from the books the FOTA have.
Intelligence- 8 Doc was grown around Scienctist and Doctors, and has taken the lessons taught to heart.
Agility- 5 Doc can get out of sticky spots but can’t balance 5 books on his/her head and hands while standing on one foot on a ball… that tell you enough?
Luck- 5 Doc doesn’t need luck when dealing with addicts, sick, and injured patients, what you need is the know-how and the strength to do it.

Now For Starting Perks:
Four Eyes- Doc isn’t a nerd, just…. smarter then you is all, glasses don’t mean anything.
Good Natured- What Follower is gonna kill everyone he/she comes across, none, they are way too nice….too nice.

-Don’t Stress If You Can’t Gets Each Skill To 100 By The Prefered Levels, It’s Only Recommended That You Get Them To 100 By That Level-

Level 2- Intense Training (add point to Intelligence putting it at 9) Doc has learned some things when exploring the Mojave and has made him/her more experienced.
Level 4- Educated (INT 4) Doc has read too many Science and Medical Journals… *snickers* nerd..
Level 6- Vigilant Recycler (Science 70( told you to even points out)) Doc needs to save his/her caps for medicine to help injured and can’t buy ammo for his/her Plasma Pistol/Rifle and needs to recharge his/her EC and MFC.
Level 8- Living Anatomy (Med. 70) Doc can identify any and all creatures anatomy structure in seconds….Jesus what a nerd.
Level 10- Math Wrath (Science 70) Doc has read some manuals to the RobCo Pip-Boy and can tinker with it and make it work how he/she needs it to.
Level 12- Fast Metabolism (no requirements) Doc has increased the effectiveness of any and all stimpaks he/she has with him/her.
Level 14- Nerd Rage (Science 50, INT 5) Doc may be a nice person but kindness gets thrown out the window when you are almost dead.
Level 16- Chemist (Med.60) Sometimes, chems and stims are scarce and you may need to increase the lastivity and strength to really help patients.
Level 18- Chem Resistant (Med. 60) Oh…I guess that’s why Doc is a Chemist…sh**.
Level 20- Computer Whiz (Science 70, INT 7) you read lots and lots of RobCo Manuals about their Terminals, Doc now knows how to retry logging into a Terminal after getting locked out.
Level 22- Voracious Reader (INT 7) Doc has read so many books that now he/she knows how to make his/her own books.
Level 24- Plasma Spaz (Energy Weapons 90) Doc may not fight much but he/she is really effective with a Plasma Pistol/Rifle.
Level 26- Nuka Chemist (Science 90) You now when you put a pill in pudding so the patient isn’t scared to take it… well same thing…just no pill..only Nuka-Cola.
Level 28- MeltDown (Energy Weapons 90) Doc isn’t a violent person but when he/she gets violent he/she gets violent, ya feel me?
Level 30- Robotics Expert (Science 50) Someone needs to burn the ♥♥♥♥♥♥♥ RobCo Manuals…like NOW!

Doc is a memeber of the FOTA and will stick to those ideals, but when is comes to control of Vegas the FOTA prefer that it stays the way it is, with that said…Faction Time.

Mr.House: Doc knows Mr.House will keep Vegas the way it is no matter what happens. There is a very good ending with Mr.House that i only got once despite the many many times i played the game…i don’t even remember how i did it. But it is the best ending for Freeside and Vegas as a whole.
Yes-Man: Doc listened to Arcade and is trying to make Vegas Independent, going with Yes-Man is the best option to do so, just don’t get drunk with power and forget about the people of Freeside.
NCR: They may want New Vegas for themselves, but if done right they may even help the People of Freeside and the Followers.
Legion: Of course not he best choice, they are slavers…not good for Freeside.

Arcade Gannon: He too is a member of the FOTA and wants what’s best for them, and Freeside. When working with Mr.House,Yes-Man,or NCR towards the battle of Hoover Dam Arcade will pull you aside and ask for a very special favor. Just stay on his good side and it may happen quicker then you expect. If that is vague just look up ” For Auld Lang Syne ” If you killed an old person and it said Quest FAILED: FOR AULD LANG SYNE. Then tough luck buddy 🙁
ED-E: He may be the best mini-companion or extra companion what every you want to call it. ED-E will be important to the FOTA and the BoS (Brotherhood of Steel) when doing ” ED-E My Love “
you will be contacted by a BoS Knight named Lorezzo and a FOTA doctor,April Martimer. When that happens talk to the FOTA doctor, to give them Enclave Information and armor upgrades for ED-E. Just a good choice because it helps the FOTA.

Weapons and Armor…best way to survive.

Doc will use and type of Plasma weapons but pistols will be good for mobility like a plasma defender or basic plasma pistol (can get them from dead Bright Followers around the map or Vann Graffs in Freeside).
Doc will wear lab coats and glasses, no sunglasses or authority glasses, normal eye glasses (can find one near the bed you wake up in, in Doc Mitchell’s home) When you are liked by the FOTA they should give you a FOTA lab coat, or you can wear wasteland doctor fatigues found around the wasteland.

That is the end of the Followers Of The Apocalypse Build. Hopefully you can put this to some use and have another way to enjoy the game if you have already restarted it to many times to remember like me, imagination can help make this game last forever and never die out.