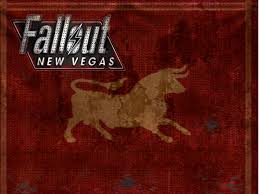 Most people know how to get in good with the legion but to do it with out pissing off the ncr and dealing with those pesky ranger hit squads until you get amnesty from ambassador crocket or worse be named terrorist beyond the point its rather difficult to be seen near a ncr outpost or encampment or even the strip with the MP’s running about…..my guide can help you achieve that goal and still be neutral to the ncr and reep further benefits to come.

At the mojave outpost you will accept some quests by ranger ghost and ranger jackson continue on with those quest as asked but when you check on nipton agree with vulpes on his reasoning behind the slaughter of nipton and then return to Mojave outpost and tell Kilborn what happend and you get some xp and legion fame….then continue on

by the time you enter the tops you be having a chat with ol’ swank and tell what benny has been up to, well anyhow talk to benny on the casino floor agree to meet him in the prez suite his bodyguards will try to kill you he runs off “rat bastard [email protected]#$” make way out of the tops and vulpes will give you the invite to caesars camp, go there as instructed but before you leave cottonwood cove talk to decanus severus about disarming their mines for some fame 60 explosion needed for that, then have a chat with the centurion ask him about rewards for killing ncr soldiers…he will pay you and get fame for every dog tag you bring wich can be obtain from dead ncr soldiers from various conflicts in the searchlight area….enter caesars camp talk to Otho at the arena arange some fights for some fame 3 battle 2 are easy the last one a bit tricky if your gun person, then talk to the healer slave teach her how to make effective healing powder by using one broc flower only 30 survival needed to teach her this, then make your way caesars tent, when he greets you, respond with “how may i serve your legion” he will acknowlege he likes your attitude for some fame and then accept his task (at this point you can either follow his orders or upgrade the securitrons for house/yes man) return then you get xp and fame either way buy that time you should be accepted among the legion or better. While you are there accept the small quest from vulpes and lucius then make you back to the strip. stop at cottonwood cove and take a walk no fast travel a disguise frumantarii will aprouch you and award you caesar’s favor …legion coin, dr. bags some random decent armor. not a bad cut if you saving up those caps for some GRA weaponry and some mods for them as well….

Caesar back to the strip

ok return to house let him know what you did and accept his next mission to win over the boomers before you leave the strip stop into the vault hotel take care of the omertas not sure how much speech to get them to leave or you can just kill em but vulpes may seem annoyed but accepts it but before you leave talk to martina grossback you will learn that she passes info to captian curtis, then make your way to the boomers, survive the shelling and then help them out the best you can then raise the bomber and complete the boomers all around, ask pearl about the firing mechnism retreave it from the workshop with some other free stuff with no theft penelties, return to the fort fix the howlitzer and then go to caesars tent tell vulpes you completed the mission and inform him that she was passing info to captian curtis and he will acknowlege that he knows the captian as well and he may have some work for you and warned you about exposing his true allegiance, wich open up more side quest at camp mccarrin, and then go tell lucius you fix the howlitzer get more fame….

after learning about captian curtis is a legion mole installed in the ncr several years before their conflict with ncr, go pay him a visit acknowledge and do as he ask word for word, talk to Carrie boyd the ncr female captian interrogating Silus the capture centurion, agree to help her get some answers then when you go in acknowlege you with the legion and help him escape by leaving a pistol in the locker, then go back to curtis help destroy the monorail for some more fame….no ncr penalty and some fame. by this time you should be liked by the legion and lucius offer the legion safe house for a reward.

Ok after this point you should be on at least accepted status or liked by the legion, accepted is fine cause you get Caesars Favor every so often and it is a profitable perk and if you are liked Old Humble Lucius give you the key to the safe house as well a pleasent appreciative thanks. the most you will ever hear from the legion cept from your comrades addressing you as “Amicas” Latin for friend on the outside…PS…once you profit enough from caesars favor then you can screw the legion over and become the butcher of the west for the NCR they need their hero as well and just massacre the legion, nelson, cottonwood cove, onto fortification hill….Take boone with you before you go would not want to miss out on the action and raid the legion viking style and then take everything you can carry share it with boone he will carry weapons you take the uniforms …dont forget the denarii’s….you should be swimming in caps by this point….and if not fight off legion hit squad for more loot.