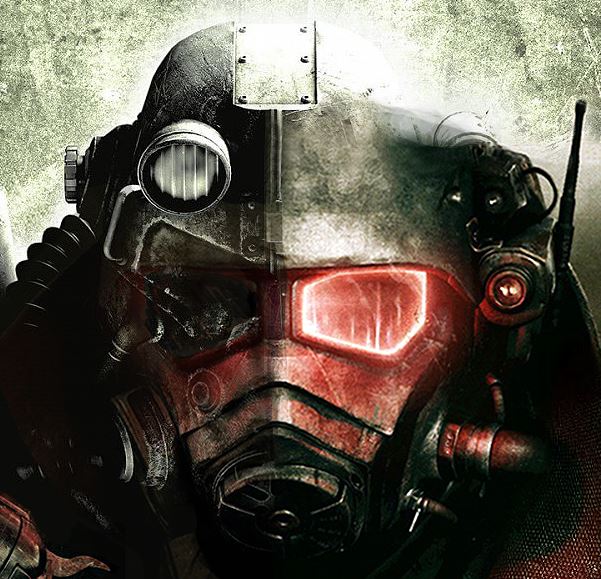 What is Tale of Two Wastelands? TTW is a mod that is currenty in its Alpha stages that allows you to play the story of Fallout 3 and explore the Capital Wasteland, while continuing the story to Fallout: New Vegas.

What you need (non-negotiable)

Thats about it, if you have no idea what the last three are, Watch this Video

First things first I’m the realest, just kidding. Alright actually you need to get the mod off their website here
[link]

To your left you’ll see Alpha Download, click that, once there you should see the latest version of TTW. Once you have downloaded the .rar file simply unzip the file to any folder.

Alright, off to the next one.

So you have the file unzipped, great thats awesome. Now you run the installer in that same folder
if everything goes to plan it should automatically pick up the locations of Fallout 3 and Fallout: New Vegas.

As for the third section make it any folder other than your two other selected locations,just do what I did for TTW location.

So once you did that click install, BUT WHATEVER YOU DO, Doughnut DO NOT UNCHECK SEXY

Once you did that just go to the next section of this guide.

While waiting at some point it’ll ask you if you want to make this a .fomod, say yes.

Alright, Alright, lets see, once the .fomod is ready, it’ll be in that folder you made for TTW. you’ll have two files a Main file and a Optional file like so:

Open up Fallout Mod Manager, you may see a much uncluttered version of this Load Order

find that main file I was talking about earlier and click that, you can also add the optional file if you want to afterwards, but I forgot whats in that one. It should like this afterwards:

Install the mod by clicking Activate IT WILL TAKE A WHILE, IT WILL COME UP AS UNRESPONSIVE, DON’T TOUCH IT JUST REPEAT THE SAME THING YOU DID WITH INSTALLING THE TWO FILES, JUST LET IT GO THROUGH THE MOTIONS

Wow you got this far into this horrible guide, good job.
Go to this folder, you can see how to get there off of my windows screenshot:

This may already may have been done for you, but just in case it didn’t do this:
Now just go to your Fallout.ini file and your falloutprefs.ini file and change the following:
SCharGenQuest = 001FFFF8
sIntroMovie = (yes this one is blank on purpose, it needs to be blank)
bLoadFaceGenHeadEGTFiles = 1

It’s also important to mention that once you decide to go from the Capital Wasteland to the Mojave Wasteland, once you take that first train ride to Vegas, it’ll lapse the years by nine, beginning the story of New Vegas where you normally wake up in Doc Mitchell’s house, to bridge the chronological time gap of the two games, so its advised to 100% the missions in Fallout 3 before you move on to the Mojave.

Once you have done all that, save both files boot up Fallout NV using the 4GB enabler .exe and press new game. Anything else I neglected to tell can be found on taleoftwowastelands.com

MY MOD LIST (EXCLUDING STUFF NOT OBTAINABLE OFF NEXUS)
[link] 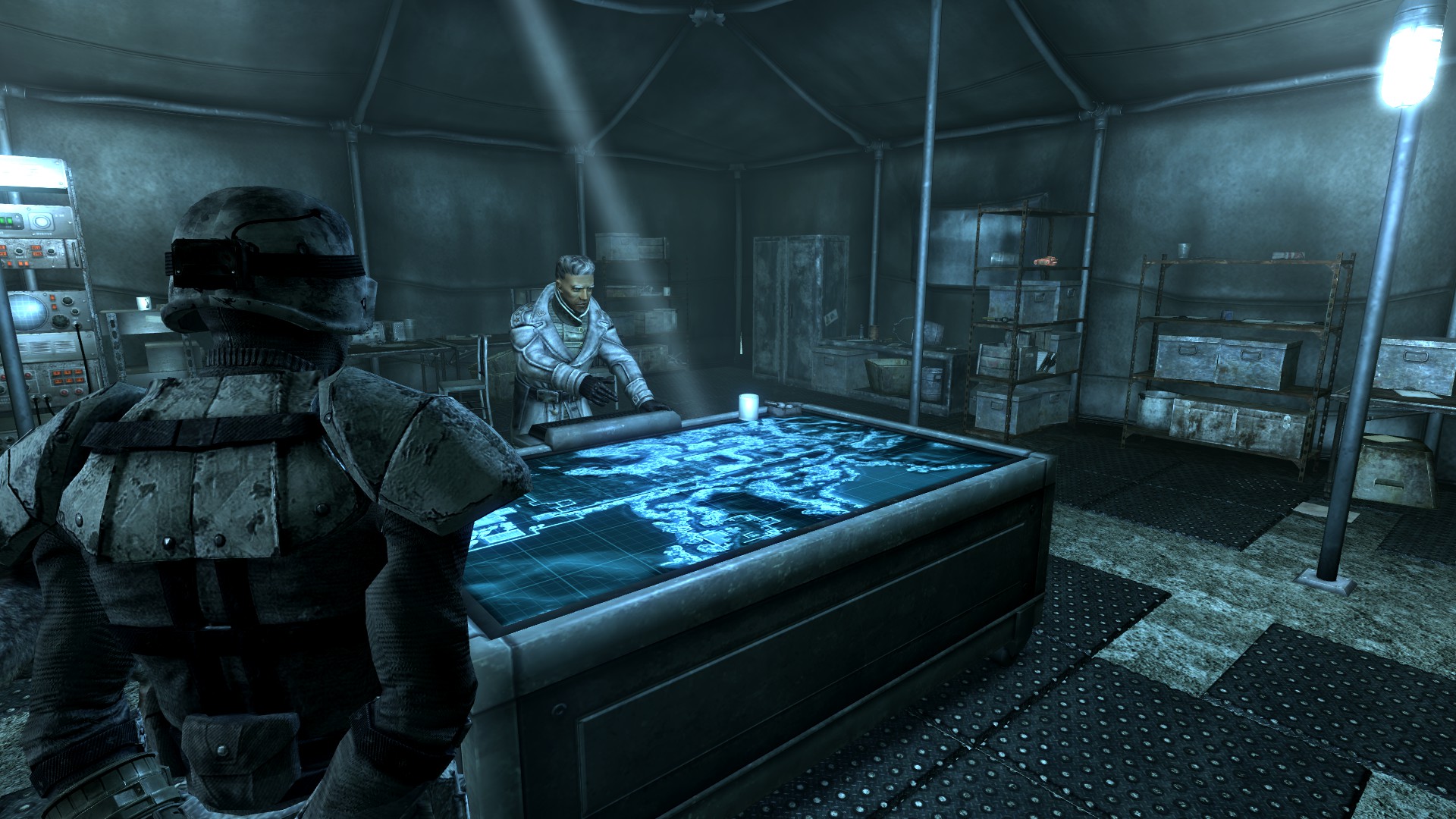 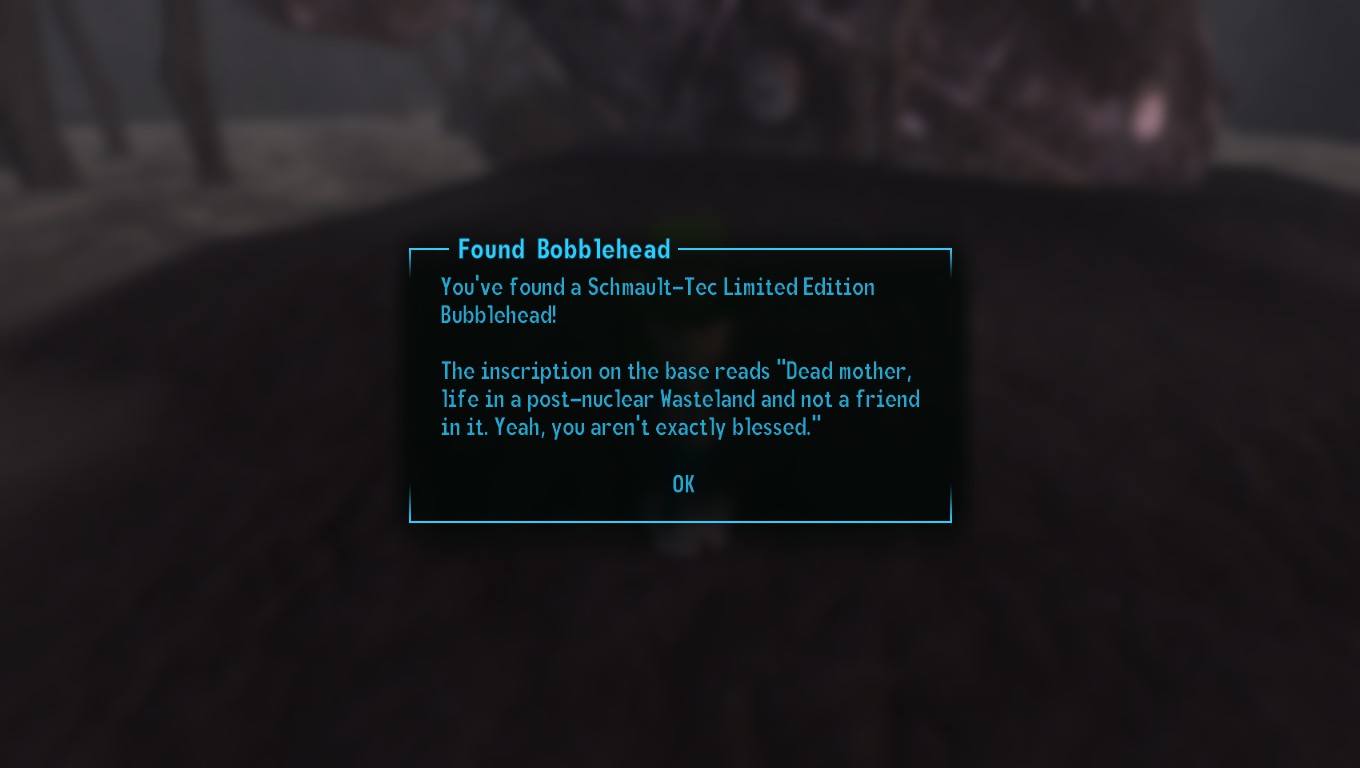 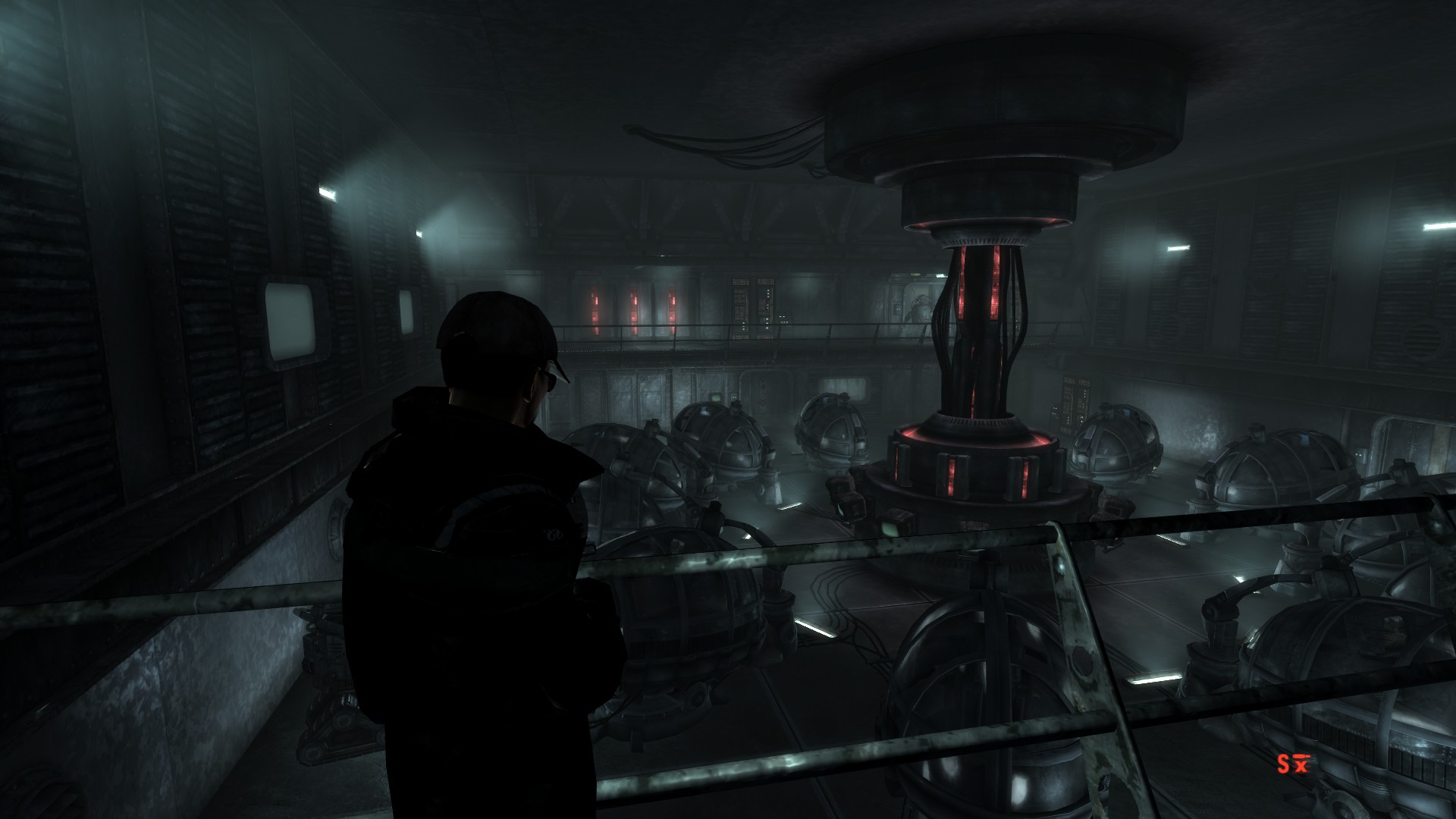 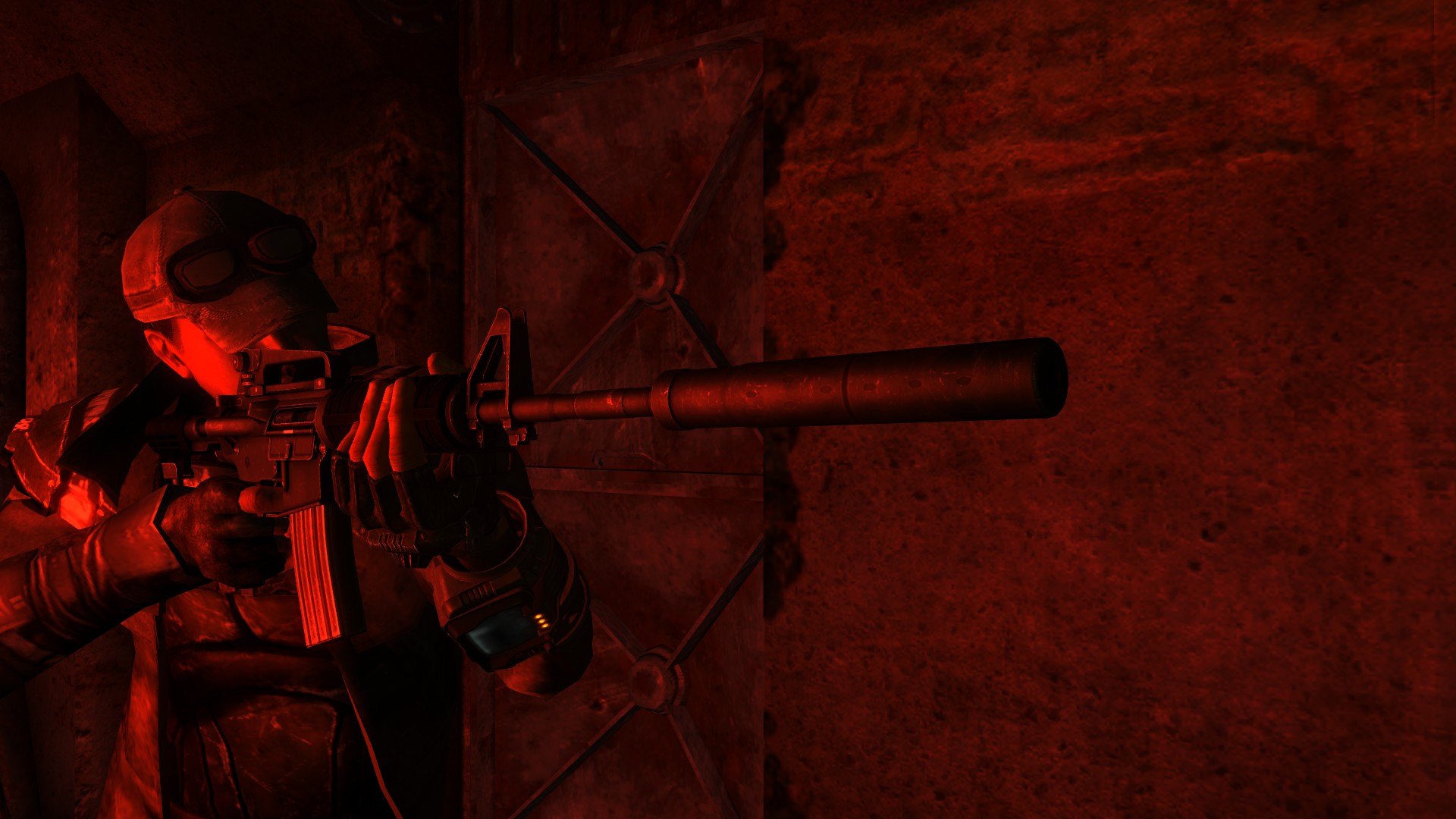 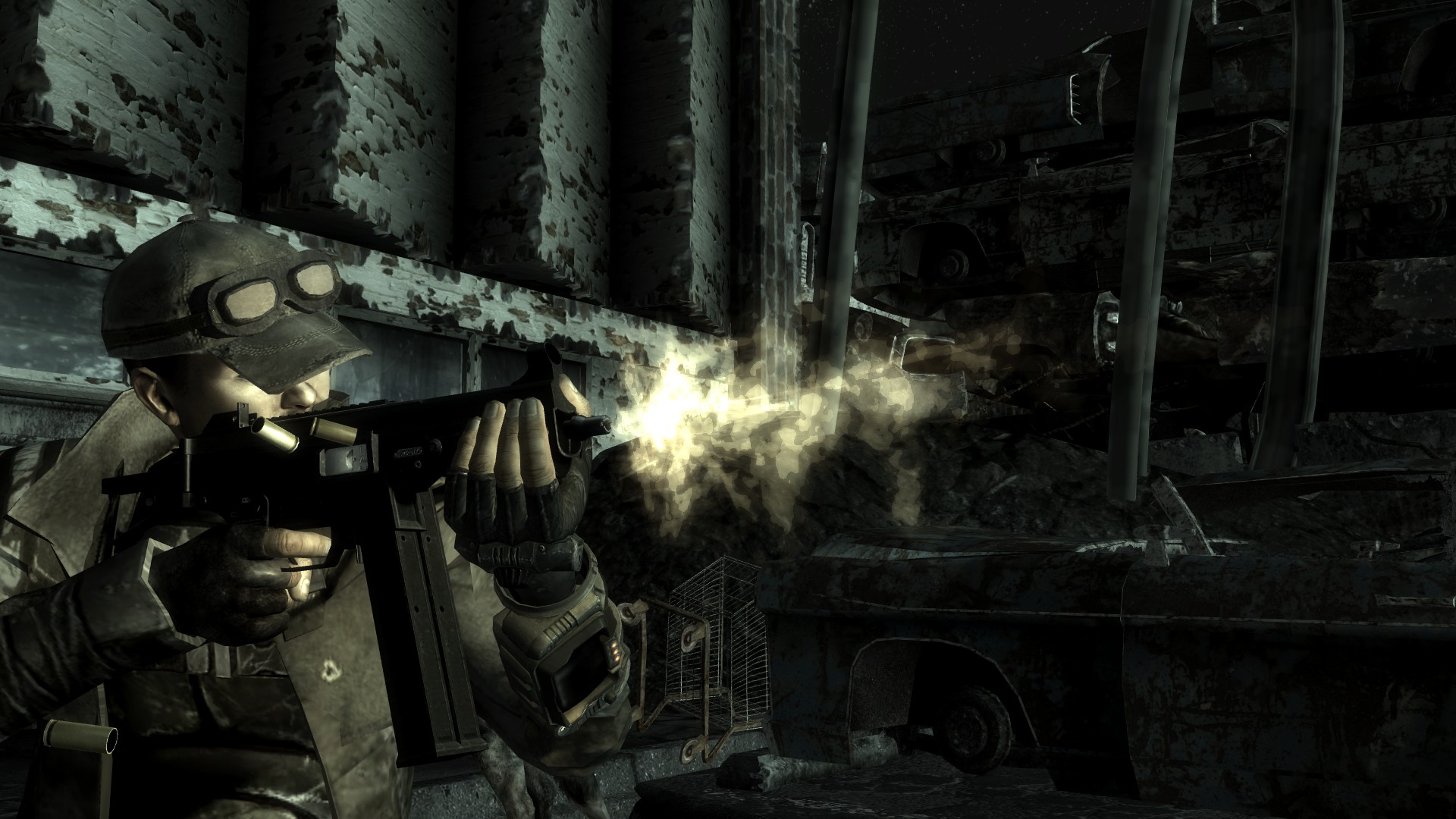 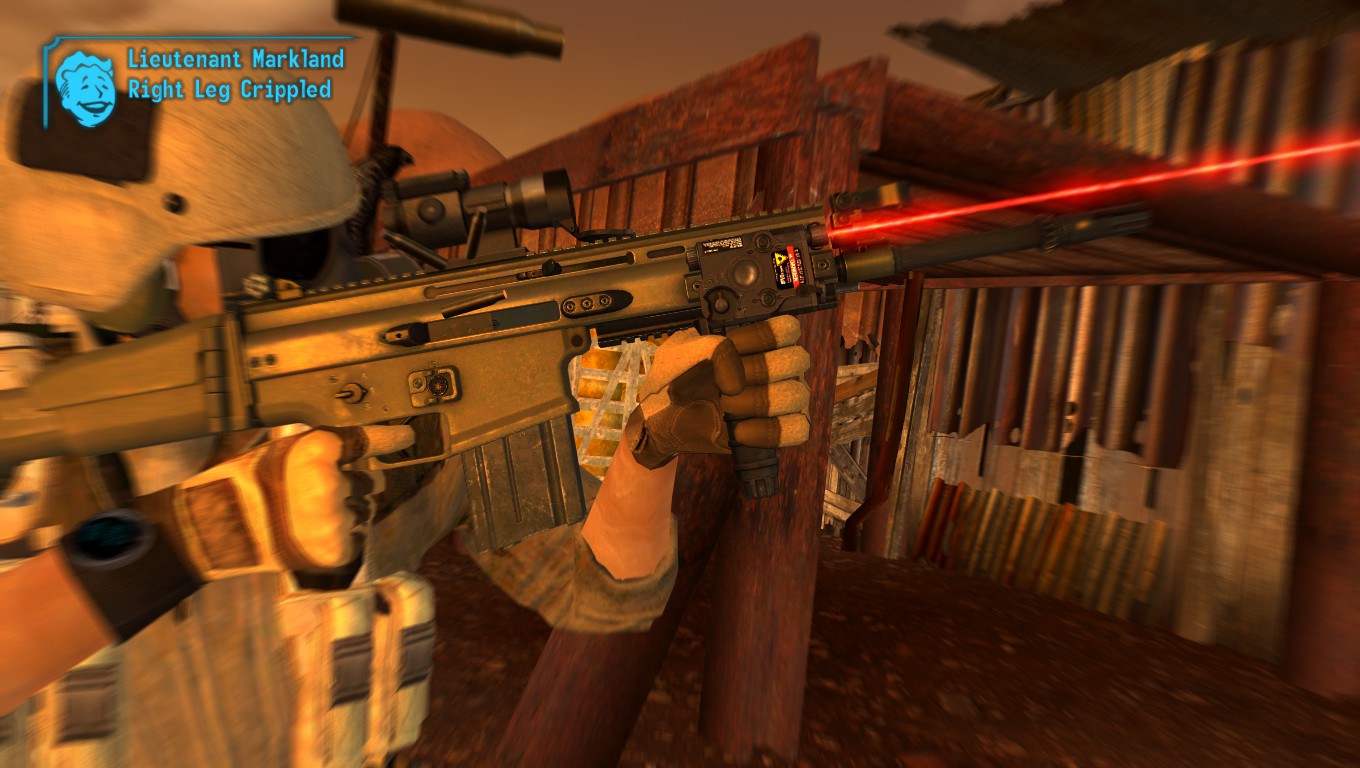 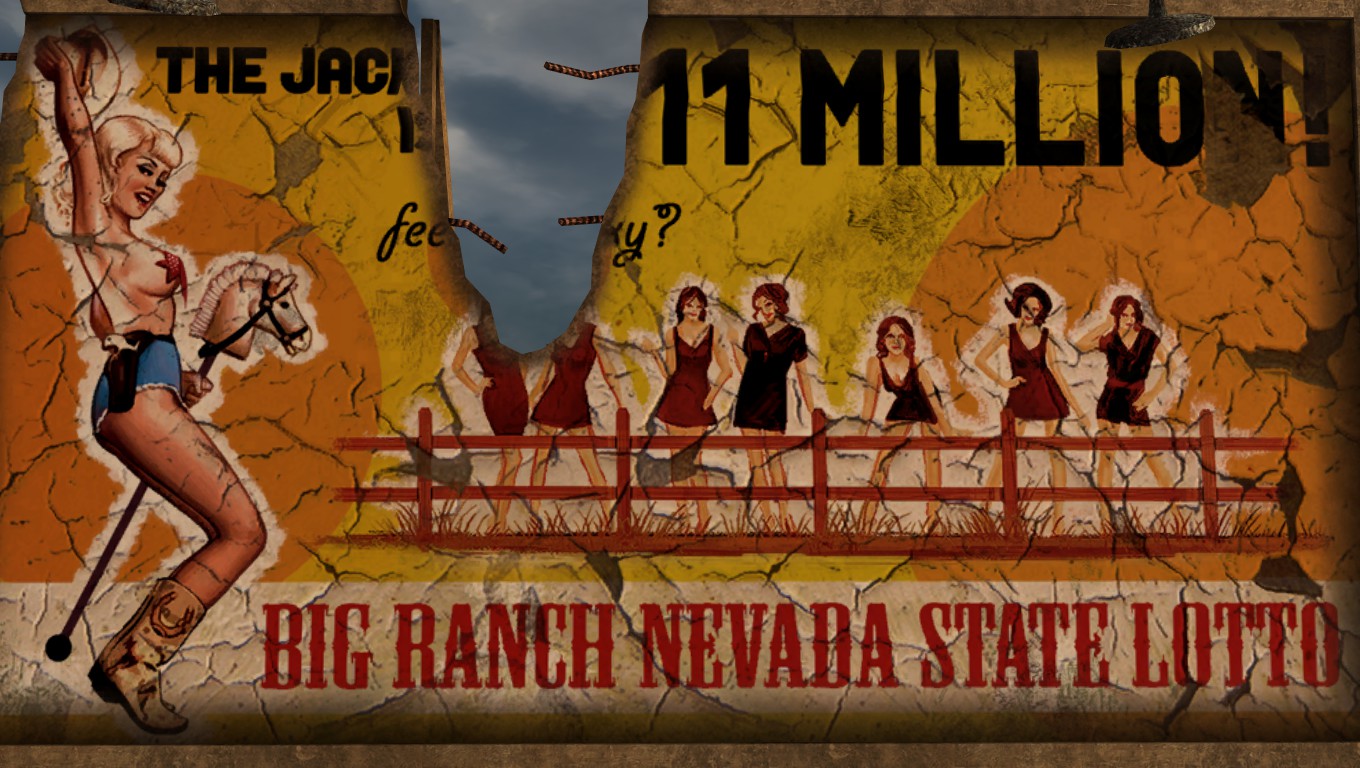 Taking that train to the Mojave Wasteland (starting the Fallout: New Vegas storyline).

Yo when I get to the citadel the first time, even though the door opens up, theres an invisible wall!

Talking to the BoS initiate/knight you saw back at the ladder in the tunnels will trigger the wall to dissappear, in FO3, he says upon sight, not the case here

Yo when I go to the Citadel, I spawn on a plain of nothing but rocks and hills and everyone from the citadel Bailey is clustered together!

Go back to your mod manager and switch off TTW Edition of Nevada skies and turn on Ultimate instead, the recent update of TTW makes the two uncompatible

Yo, when I get to the last story mission when I have to activate Project Purity, at the end of the cutscenes my character is either motionless on the ground or motionless standing up!

Its an issue with the Custom Races you have installed conflicting with the last cut scene frame of that picture with you and your dad at the end, you’ll need this .esp patch which automatically reverts it back to the Vanilla Caucasian photo [link]

Yo, in Mothership Zeta the aliens are staring at me after I’m injected at the table!

Either update to 2.9.4a of TTW or download the hot fix off of the TTW main website

Yo, When I tell the Doc at the ChopShop to wake up Riley, he just stands there!

In the rare event it does happen, you’ll need to revert back to a save and abstain from talking to the doc about Riley until you can revive her yourself with high enough Medicine skills.
Or you can also use this fix here :http://www.nexusmods.com/newvegas/mods/59833/?

Anything else I come across with I’ll let you guys know!