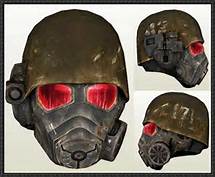 Welcome to Vegas! You’ve found yourself on Doc Mitchell’s surgery table, now what? Well, Vegas has many people you don’t want to piss off, and many people you want to make friends with! This guide will assist a new player in having fun playing their first run of this wonderful game! And hey, if you’re not new, this could still tell you things you didn’t know!The Factions of Vegas There are three core factions. The NCR: A group of highly organized military folk. Armed heavily and trained well. You don’t want to be their enemies, especially in the early game. The Legion: A group of Roman imposters. These folk are also heavily armed, but no so well trained and they are mainly dangerous in numbers. In the later game you do not want to be their enemies, as they get 12.7mm SMGs. The Strip, or Mr. House: A single man who attained something many dreamed for: Immortality. Mr. House has lived since before the war, and is possibly one of the most brilliant men in the world, an economic and mechanic genius. His Securitrons protect the Strip, enforcing the law and keeping order amongst the three tribes, the White Glove Society, the Omertas, and the Chairmen. Some minor factions that you may not want to be enemies with either: Brotherhood of Steel: These are power-armor wearing recluses with energy weapons. Severe technophiles. The Khans: A gang of drug dealers, heavily armed but not so heavily armored, mainly wearing leather jackets and jeans. Various Wasteland Settlements: These are the places where you can get your supplies, guns, armor, food, water, and other amenities. Do not, under any circumstances, piss them off. Powder Gangers: A group of ex-convicts who escaped prison and stole dynamite from the nearby quarry. Easily killable in the early game and as dangerous as bloatflies in the late game. However, do not underestimate them. The Boomers: A tribe of vault dwellers who left their vault, taking with them heavy weaponry. Use howitzers and other explosives to keep “savages” at bay. You will most likely be incapable of encountering them until the late-game. However, it is extremely inadvisable to piss them off, as they have rocket launchers, grenade launchers, and grenade machineguns as standard issue weapons.[/olist]Now, onto the game. Note: We’ll be assuming you have the game of the year edition of the game, or all DLCs. Note 2: We will only be covering the main game and how you can avoid some of the bad rolls of the dice.Notable Events You can actually kill Vulpes Inculta and his crew of misfits without getting bad rep with the Legion by getting some throwing spears, (like ones you get from the tribal pack of courier’s stash) walking up behind their line as they walk away, becoming hidden, and then slowly picking them off using the spears. The ambush on the way out of Nipton can be avoided if you crouch and sneak behind the overturned cargo truck, then pick them off with a silenced varmint rifle or other weapon. Finally, throw a frag grenade behind the rock with the last gunslinger behind it. If you have the quest Booted, it is possible to complete it by killing the Legion troops stealthily using my method, or using a Stealthboy (like the one you can get from the safe in the Goodsprings schoolhouse). Once all Legion troops are dead, or you have cloaked, just free the captives. (If you mess up, there is a rep reset with the Legion later in the game. However, hit-squads will be sent after you if you have bad rep with the Legion. This is particularly bad in the late game since they have 12.7mm SMGs.) Both the last stage of the quest They Went That-Away and the quest Come Fly With Me can be skipped if you keep walking along the road from Novac to New Vegas until you reach a sign that says “Boulder City.” Assist the NCR there in whatever way you wish and you can skip the annoying quest Come Fly With Me, which involves killing super mutants that can go invisible and navigating through a maze-like building. Getting rep with the Followers can be slightly easier than you think. If you’re doing the quest That Lucky ‘Ol Sun, speak to the man who isn’t Dr. Fantastic. He will tell you to route the power to the entirety of Vegas. If you route the power to the entirety of Vegas, then to the Strip and McCarran, you can get rep with both the NCR and the Followers.————————————————————————————————————————————————————————————- This was my guide to enjoying New Vegas. It is a little incomplete at the moment, and I’ll be updating as I play and find new things you can do to either skip quests, cheat rep, get caps, get achievements, or other things of the sort.