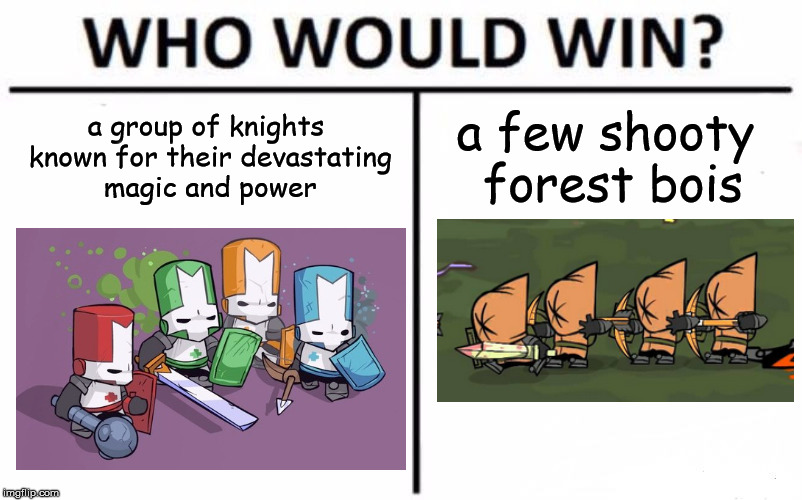 Basic etiquette for Castle Crashers multiplayer. Some of these are here thanks to a portion of “Advanced Guide for Castle Crashers”, made by Taylor and TheDude935. However, I felt like adding on a few things that would help make the community better.

1. Care for your allies

Here, you want to make sure that you keep your allies alive. Without the help of an ally in a multiplayer match, you have to fight larger groups alone, which is never fun (unless you are a masochist). Simply sharing food with allies and resuscitating them whenever it is safe to do so will make it pretty likely that your ally is more willing to help you. 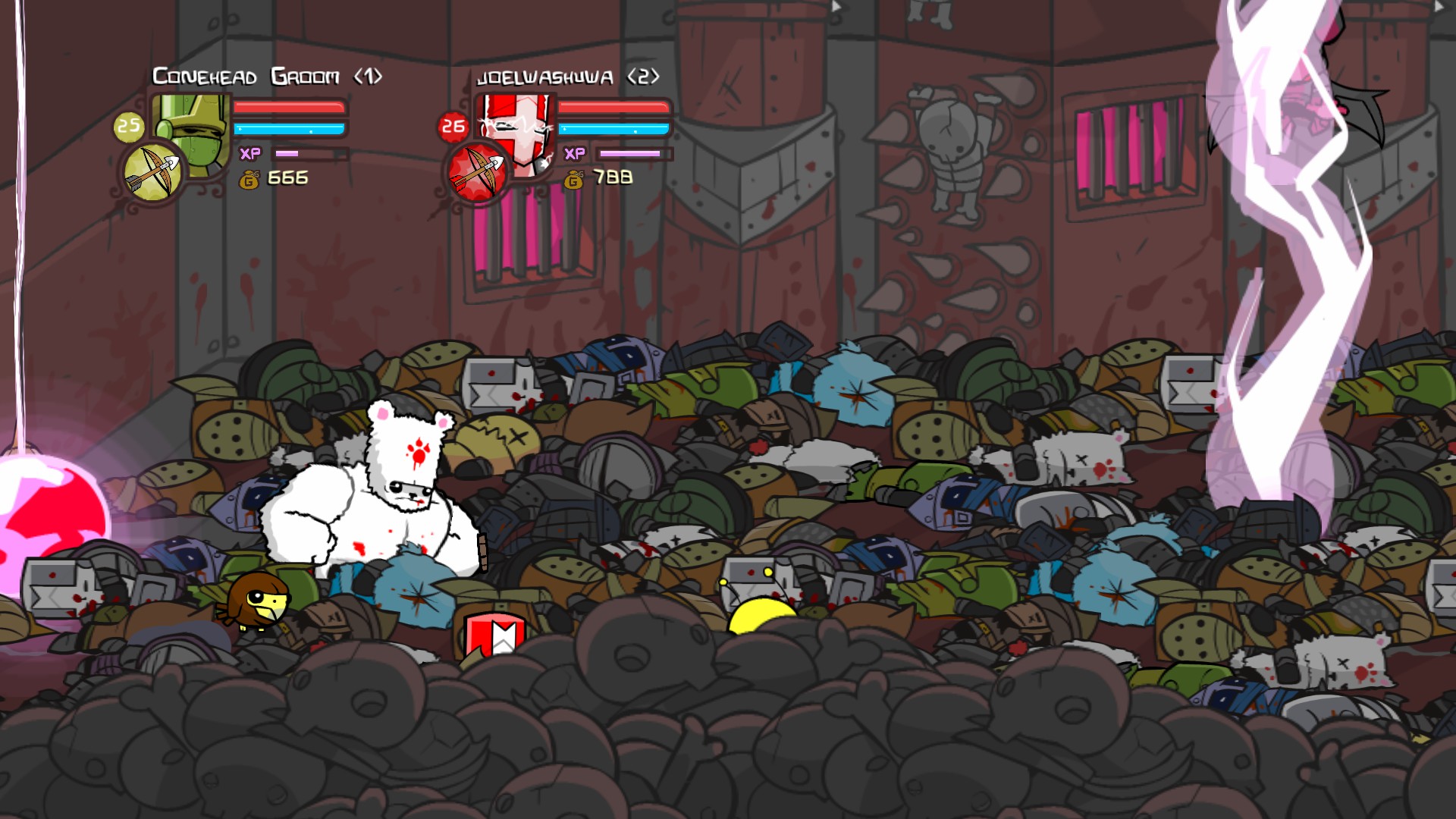 Necromancer does this by… other means.

2. Fight your own enemies.

This has been said WAY earlier in the “Advanced Guide for Castle Crashers”, but I feel like I should spread the word about it. If you attack someone else’s enemies, then enemies that are following you will pile on to you and your ally, which will cause problems, especially in insane mode. Let your ally combo their enemies down and you do the same with your own.

Not only will fighting someone else’s enemies (unless the ally has abandoned them in favor of other enemies) cause more to attack you and your friend, but an enemy might get a free hit on you, as by hitting them along with an ally, you are making their hit counter not reset properly. The hit counter is how much an enemy has been hit without being knocked down or frozen, and if it gets too high, the enemy will get a free hit on you and very likely your ally. This would be a huge problem in insane mode, as enemies do a huge amount of damage, especially since you going closer to your ally brings your enemies to your ally, giving them more problems to deal with.

Technically, stealing a kill does not have very many negative consequences, as the EXP system in this game is based on exp per hit, not per kill. However, there is a problem. If you have a high strength stat, you deal more damage, meaning you get less EXP from enemies (1 EXP per hit on a living enemy). Now you may think that this won’t impact your team’s performance in any way, but this is simply not the case. Not only will you be killing their enemy more quickly, but they won’t be able to get as much EXP from it had they been allowed to fight it on their own, which makes it so everyone levels slowly.

This is also why Giraffey isn’t as good of a pet as many seem to think. People can run up and steal all of the kills, meaning that the small amount of hits you do get in would only be marginally impacted by Giraffey’s 1.1x multiplier. That being said, Giraffey is only good if you get equal to or more hits on enemies than everyone else, and don’t forget that strength will wreck your EXP gain as well.

Through a beginner’s eye, the mounts are great and allow you to deal loads of damage to enemies, but this is simply not the case. Not only are they slow (really, they are), but they also limit you to very basic attacks, which means that you can’t use them to properly combo lock or juggle. Simply, you don’t want to lag behind your allies simply because you wanted to bring the camel along. Trust me, invest in agility and you’ll become faster than any mount very quickly.

5. Try not to use Hatty Hattington.

This may come as a bit of a shocker to you all, but Hatty is actually the worst character in the game. His splash is very slow, meaning he has huge disadvantages when it comes to fighting. In fact, the delay between casting and the actual attack is so significant that he can actually die before his magic deals any damage.

Yes, cheating yourself to level 99 may sound good, but just remember that people can expect a lot from a level 99, and cheating yourself there doesn’t give you actual game experience along the way, meaning that you’ll very likely let your allies down. Don’t do this.

Not only this, but the fact that you cheated yourself to 99 isn’t immediately obvious to newer players, so they might expect you to carry you and their friends for them, which obviously doesn’t go well because the cheater doesn’t have very much experience with the game.

This is all I have for now. However, I urge you to check out these amazing guides that helped me out when it came to getting information needed to compile this one.