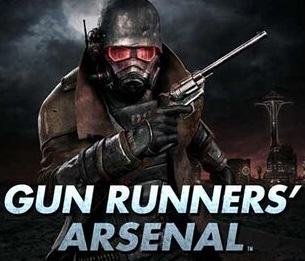 A guide on completing the one-star, two-star, and three-star challenges provided in the Gun Runner’s Arsenal DLC!

About GRA, and Damage Achievements Overview

About the Gun Runner’s Arsenal

The Gun Runner’s Arsenal is a DLC for Fallout:New Vegas purchased either separately on the steam store for $1.99, or as a part of the $19.99 Ultimate edition, which includes all DLC add-ons.

The add-on offers 5 new achievements for Couriers to gain. Two are related to causing damage, and three are the one, two, and three star challenges.

In the Base game, there are achievements based on dealing 10,000 damage with a certain weapon type, such as unarmed, melee, or energy weapons.

The GRA add on added two in their DLC add on. 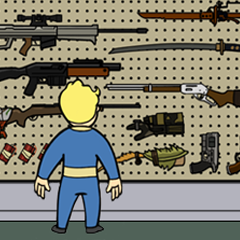 Upon Completion, both earn the associated achievements, as well as granting the Courier 500 XP.

After Completing Three One Star Challenges, the Courier will be given the Up To The Challenge Achievement.
The Courier will also be rewarded 250 XP by completing any of the one star challenges. 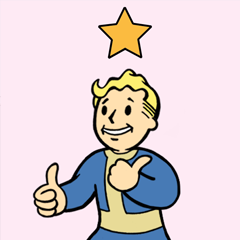 The challenge A Slave Obeys involves the Courier killing Mr House with either a standard 9 iron or Nephi’s golf driver.

The Courier is tasked to Cripple 5 Right Arms with Shotguns. This does not count the sturdy caravan shotgun, however.
Counting towards this challenge is anything that isn’t exactly a right arm. Including Radscorpion right claws, gecko right forelimbs,etc.

Benefit Or A Hazard

The Courier must kill 15 robots with 5.56mm pistols, or its unique variant, ‘That Gun’

To Complete the Overkill challenge, the Courier must kill any non mutated animal with any variation of the Fat man, or Fat Mines.
Ravens count towards this challenge, as well as any dog or coyote.

The Same Could Be Said of All Religious Weapons

The Courier must kill 15 feral ghouls with either Maria, Gehenna, or the Holy Frag Grenades.
Maria can be found off Benny, Gehenna from the Gun Runner Vendortron,and the HFG’s from a bunker in Camp Searchlight.

You Dont Belong In This World!

To Complete this challenge, the courier must kill 10 abominations with Katanas,Dynamite,Machetes,Throwing Spears/Knives/Hatchets.

After Completing Three Two Star Challenges, the Courier will be given the Combat Veteran Achievement.
The Courier will also be rewarded 500 XP by completing any of the two star challenges. 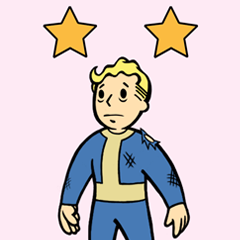 Dyin’ Ain’t Much of a Living

To complete this challenge, the Courier must kill 5 members of either NCR hit squads, or Legionary assassins using any weapons buffed by the Cowboy perk. (Being Revolvers, Lever-Action guns, Dynamite, Knives, or Hatchets.)
The Cowboy Perk can be Obtained after having passed to level 8, and having 45 in both Guns and Melee skills.
Ambush squads will appear throughout the Mojave once he player has gained a negative reputation with either the New California Republic, or Caesar’s Legion.

Even a God-King Can Bleed

Though there are certain ways to earn trust and be able to carry these weapons into casinos, one trick would also be to pickpocket any of these weapons off any guard.

The Courier must assassinate President Aaron Kimball with any one-handed pistol in the game.
This challenge can be completed by detonating C-4 Plastic Explosives to kill him as well, as the C-4 Detonator is considered a one-handed pistol.

This challenge entails managing to kill Benny with his own 9mm pistol, Maria.
obtaining his gun can be done in many ways, including shooting the gun out of his hand, pickpocketing him while he is in the tops, or while he is inside the Fort.

To complete this challenge, the Courier must kill 15 super mutants with 5.56mm pistols, Plasma Defenders/Grenades, Power Fists, Rippers, or the Bozar.

The White Line Nightmare challenge can be completed when the Courier kills 20 Fiends,Vipers, or Jackals with either tire irons, baseball bats, lead pipes, machetes, .44 Magnum revolvers, or sawn-off shotguns.

Vault 3 and the nearby fiend territories are prime locations to complete this challenge.

After Completing Three Three Star Challenges, the Courier will be given the Pros Only Achievement.
The Courier will also be rewarded 1000 XP by completing any of the three star challenges. 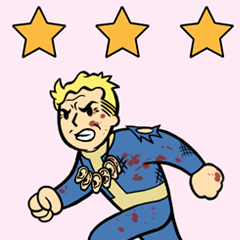 The Courier must kill any ten named Legion members with hunting revolvers/rifles, Ranger Sequoias, brush guns, service rifles, or cowboy repeaters.
The Named Legion members applicable to the challenge, and where they can be located,are;

The Courier is tasked to kill any 15 named NCR Rangers or officers using a machete,ripper,chainsaw,throwing spears, or ballistic fists.

The named NCR officers and their locations are;

That concludes an overview on each Gun Runner’s Arsenal Challenge! Thank you for taking time to read another Fallout guide.
Be sure to Follow my steam for any new guides to come out. I’m aiming to make plenty of guides regarding fallout new vegas and many other games!