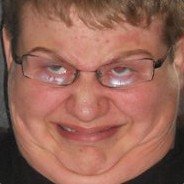 This will allow you to truly make the most out of your character.

So, since you are reading this, this more than likely means you are new or wish to see some truly great (meme) builds. Well, I have what you wish for. You see, for I know the true secrets to this game. So, you will need a computer, Fallout New Vegas, and about 2-6 hours to invest, depending on difficulty, and how fast you can do quests. Alright, now that you know what you’ll need, let’s get into this.

Well, since you wish to make a truly godly character, you must give this man or woman the name of a true god. So, I recommend the names of Brendan Fraser for males and Kiandy Mundy for females (I mean, Kiandy has long enough hair to count as a female, ignoring the beard). But, if you wish to become a political god which the golden tongue of an elf, I recommend the name Donald Trump for male and female characters. You wish to truly strike fear to those around you. Now that you have your name, what should you choose for S.P.E.C.I.A.L stats? Well, if it were up to me, I wouldn’t be special, due to its ties to retardation, but if you really want to call yourself special, here’s what to choose. You need to have either max intelligence or charisma, nothing else matters. So, either being an intellectual or golden tongued god or goddess, now you need to choose TAG skills. Always go with Guns, Barter, and Lockpick. This is because you will find more guns and locks in this game than locked computers and ray guns. Also, you need good barter to truly become a god, due to how drops and selling/buying things works. Now, for you’re 2 starting perks, choose loose cannon and heavy handed. This is because these hold no bearing on gun play or general combat that you should be partaking in.

Well, always use rifles, medium armour, and lots of chems and fixers. What guns, armour of the medium weight variety, and chems? Well, you need to go to the cassidy caravan wreckage, grab combat armour off of the van graff thugs. Next, you need to go to the broc flower cave, grab the rat slayer, and leave. You can find chems everywhere, and the fixers will be the only thing that should hurt your economy because of you buying most of the ones you will be using. Next, you will need a 10mm pistol. This will be your go to side arm for most of the early levels, because of its high damage and DPS. You can get this up the highway from primm, where you have the first run in with the Jackal Gang. These items will carry you through to the mid game.

Alright, so, you’re combo of high DT armour and high DPS weapons has brought you this far, let’s go even further beyond. Now, that combat armour has probably got you through a lot of tough spots, very high sentimental value right? WRONG! Throw that ♥♥♥♥ away because we are getting some mother ♥♥♥♥♥♥♥ riot gear. Not the LR riot gear, just the NCR Veteran ranger gear. So, by this time, you should have a majority of the NCR missions done, and don’t lie and say you didn’t choose the NCR or independent, because lying is bad. But, since you have done the NCR some services, you should have an NCR back up radio. Good, now call in an NCR veteran ranger, kill them (Don’t worry about reputation at this point, once you’re this far in, you should be able to tank the rep cost) and take their armour off their warm body. Now you have a really god set of armour on. Next, go buy the battle rifle (GRA required, if you dont have GRA, get a cowboy repeater instead) and keep a high calibre pistol with you, such as a .44 Magnum. Now you can gently stroll you’re way through to the end game. (I am not covering the DLC in this guide. It should be taken into account that with the DLC, you will get options more plentiful than this, I am just going along a baseline thing of what you need through the vanilla quests for now.)

Are you optimized for the late game? No? Well fear not, because I will run you through. Always have veronica as a companion, with Rex as the animal slot. Next, you will need to do the Arcade Gannon quest line to get the enclave to help at the battle of hoover dam. Next, you will need to complete the Eureka Effect mission to allow the Brotherhood of steel to aid in the battle as well. This will give you plenty of meat shields to tank all of the damage for you through the gauntlet facing you in the last mission. Next, you will need to aquire a 12.7 mm SMG, due to how high the DPS is, this will help with the next part. You are going to need to farm the deathclaws in the Quarry, but with the SMG or even the All-American, it is fairly easy. By now, you should have gotten youre speech up to 100 as well as weapons, barter and lockpick. Go complete some of the vaults and their questlines, and then keep leveling to reach almost max level. You will want to be max level as the end is truly the end, and you cannot play past this point. Honestly, if you are that devoted to making it to level 50, you probably have most of the skills you use leaved up quite significantly. So, now you march forward to Legate Lannius.

Okay, so you have the last requirements done and now are proudly going to face the Legate at Fort Hill. Well, you will have to run a gauntlet of high DPS SMGs and mines and more ♥♥♥♥♥♥♥♥. This is why you need all the help you can get, because this is a true ♥♥♥♥♥♥♥ death gauntlet that you are facing here. So, you get to Lannius, his steel face greeting you, and….. Just talk him out of it. Trust me, the boss fight is ten times more aids than just being a ♥♥♥♥♥, and you’re speech is at 100 anyways.