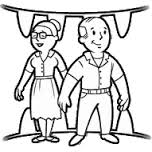 Guide for using the in-game console to change your reputation with factions and groups in Fallout: New Vegas and Tale of Two Wastelands. Includes IDs for all factions you can have a reputation with.

This guide was created with the intention of teaching players how to change their reputation with the various groups, towns, and factions of Fallout: New Vegas (and Tale of Two Wastelands) using the in-game console. It was made after I personally had a hard time finding the IDs for the Tale of Two Wastelands factions online. After finding them with the GECK, I decided to post them here.

The information found within this guide was found with the Fallout: New Vegas Wikia[fallout.wikia.com], and a lot of testing in-game and through the GECK (in other words, I did work too!).

NOTICE: I haven’t bothered updating this for Tale of Two Wastelands 3.0 so the information for that section may be out of date. Sorry.

Major Updates
– 4/28/2017 updated TTW reputation IDs and added an alternate solution (mods) as requested by ShinyRayquaza9.
– 10/12/2017 added a note to the bottom of the steps list to clear up any potential confusion.

The console can be accessed by pressing the tilde key (~) while in-game. It will not work on the main menu. The tilde key is typically located above the TAB key.

For example, if I wanted to be idolized by the Legion, I would type into the console,

Step Three: Did it Work?

To test this, simply go to your Pipboy, and go to the General tab under Stats. If it worked, you should be able to see your new title among the faction.

These IDs will need to be put in the ID space when entering your command.

Table of IDs for Tale of Two Wastelands

This section has IDs for factions/groups from Tale of Two Wastelands.

IMPORTANT NOTICE: This section has NOT been updated for Tale of Two Wastelands 3.0, and also assumes you’re using the optional TTW_Reputations.esp

In the event that the IDs above don’t work, or you’re trying to find the ID for a custom faction, I suggest doing as follows:

Download the GECK here[geck.bethsoft.com], then load all of your .esm and .esps. When the geck loads, view the reputation groups and their IDs by visiting the Reputation tab, under Actor Data, in the Object Window (as seen below). 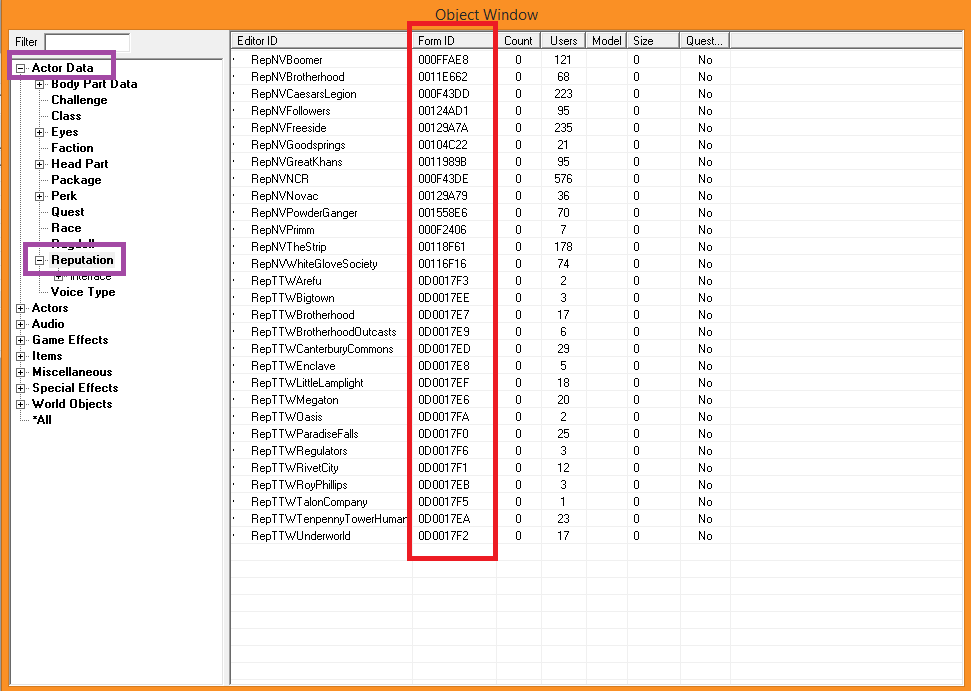 If consoles aren’t your thing, click HERE[www.nexusmods.com] for the Reputation Fixer by LukeGevaerts on Nexusmods. This handy mod inserts an item into your inventory that, when worn, will allow you to manually set your faction reputation with the New Vegas factions.

Suggested by ShinyRayquaza9 in the comments.