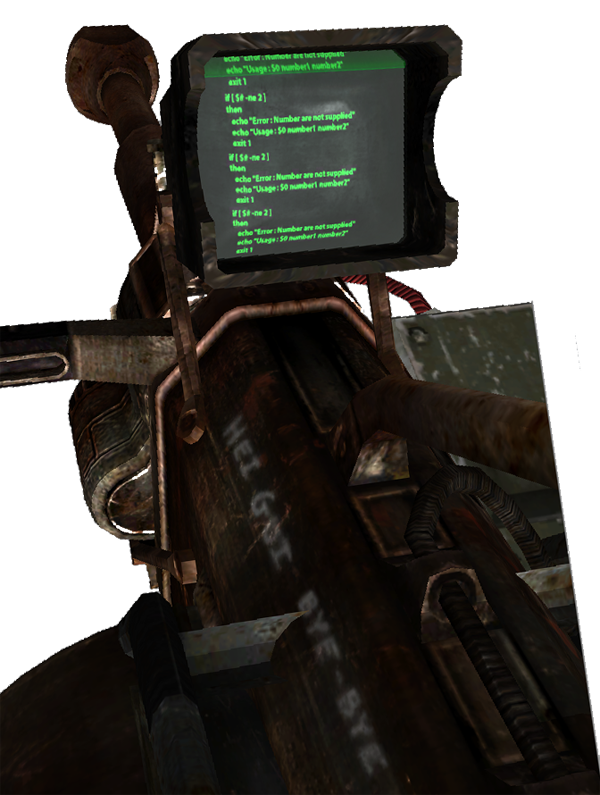 This guide will show you how to grab some Extremely Powerfull Weapons, only one is very hard to get, while the rest are Hard/ Between Hard and Meh. I will show some Basic Stats for the weapons, Being Rarity, Power, and Rarity of ammunition (There are no Melee and Unarmed)Disclaimer : I made this guide a loooong time ago and there’s a ton of grammatical errors and awkard-sounding phrases, but everything is still factual.

Where to find it:

The standard Grenade MG can be found in three ways.

The first model is carried by Raquel, she’s one of the Boomers. To find the Boomers, Look to a road to the far Northeast of the map, Or you will get a Compass Marker in every Main Story. Note that i’m not aware if you can get there without getting to that place in the Main Story, With how many bugs this game has, I wouldn’t be suprised if it was Impossible/ Glitch-Causing. UPDATE: It is possible to get to Nellis without getting that far in the story, Though I do not know about completing it. Now, as far as I know you have to kill her for the Weapon, Though I (THINK) You can do it after you finish that part of the Story. Or, you could just Snipe her while Undetected. She can be found on top of some Dumpsters north of the Main Gate.

The other occurance of this gun can be found at Mick and Ralph’s. They’re a shop will be the first thing you see when Entering Freeside from the East gate, (East is by the Gun Runners). Ask Mick If he has any Special Equipment, then pass a Level 30 Speech Check to gain acess to his Special Stock, which Inculdes the Grenade MG.

UPDATE: I have recently learned in my latest playthrough that you can buy a Grenade MG From the Armory in the Hidden Valley Bunker, To get to Hidden Valley, head East of Goodsprings Source. You will have to go into the RIGHT Bunker and either have Veronica, Be far enough in the main Questline, or Lockpick the very hard Lock

Now the ammo (25MM Grenades). One of the only ever seen 25MM Grenades inside the Nellis Generator room (Ask Raquel about the Ant Problem to get a Compass Marker) The next are sold by the Previously Mentioned Mick and Ralph’s. I think i’ve also seen them being sold at Gun Runners.

As a complete Side note, You can obtain a Passport into the Strip from Ralph with 500 Caps and a 50 Speech Check.

Mercy has a Increased Damage from it’s Non-Unique counterpart, Mainly because it uses 40MM Grenades instead of 25MM, It also has 19 Grenades in it’s Clip compared to 30, But don’t let that fool you. Mercy is SIGNIFICANTLY Stronger.

Dead Wing Cavern is a VERY Dangerous if not the MOST Dangerous place in the Mojave Wasteland, Anyway. It’s more West than south of Ranger Station Charlie. You can find Mercy next to a dead Brotherood Soilder near the back of the Cave, guarded by a Legendary Deathclaw.

1: What is Wild Wasteland?

Wild Wasteland is a Trait that you can pick up at the Begainning of the game. It replaces some normal encounters/experiances with Wacky/Strange Counterparts. All the weapons under this section Require Wild Wasteland to retreive.

It’s Guarenteed to always Critical Hit, But it’s ammo is EXTREMELY LIMITED! You only get the Ammo for it you find that comes with it, And that’s IT!

Around the Edge of the map in the Northwest, (Around where Horowitz Farmstead is) Is a Crashed Alien SIte, Kill the Aliens, and the Commander will wield the Alien Blaster.

On a side note, if you Snipe the Commander undetected, you Can walk up to the rest.

Holy Hand Grenades are a Beefed Up, Extremely Powerfull variant of the standard Frags.

Now where to get them, Travel to Camp Searchlight (West of Cottonwood Cove). Inside one of the Basements of the two churches, You will find a box on a Table, Containing the only 3 Holy Frag Grenades.

Noticed how I said only! There are ONLY 3.

Euclid’s C Finder can be found on a Boy in Freeside (Around the East Gate) Pretending to shoot a girl with it.

Now the Difficult part, Activating it.

In order to get Euclid’s C Finder to work, you need to Finish “That Lucky Old Sun”
To find HELIOS I (Where it takes place) Head North of Gibson Scrap Yard, Or Farther North from Novac.

Saying in Detail how to go from there would be a Guide on it’s own.
So, I’m sorry but you have to go on your own until your choose where to Route the Power, When you do, Choose ARCHIMEDIES II, This will now Activate Euclid’s C Finder

As a Side Note, you can get the First Password from Fantastic, and the next by talking to the other Scientist in the room ( I Forgot his name)

Euclid’s C Finder gains one charge every day, But it Stacks so you can have multiple Charges at once,