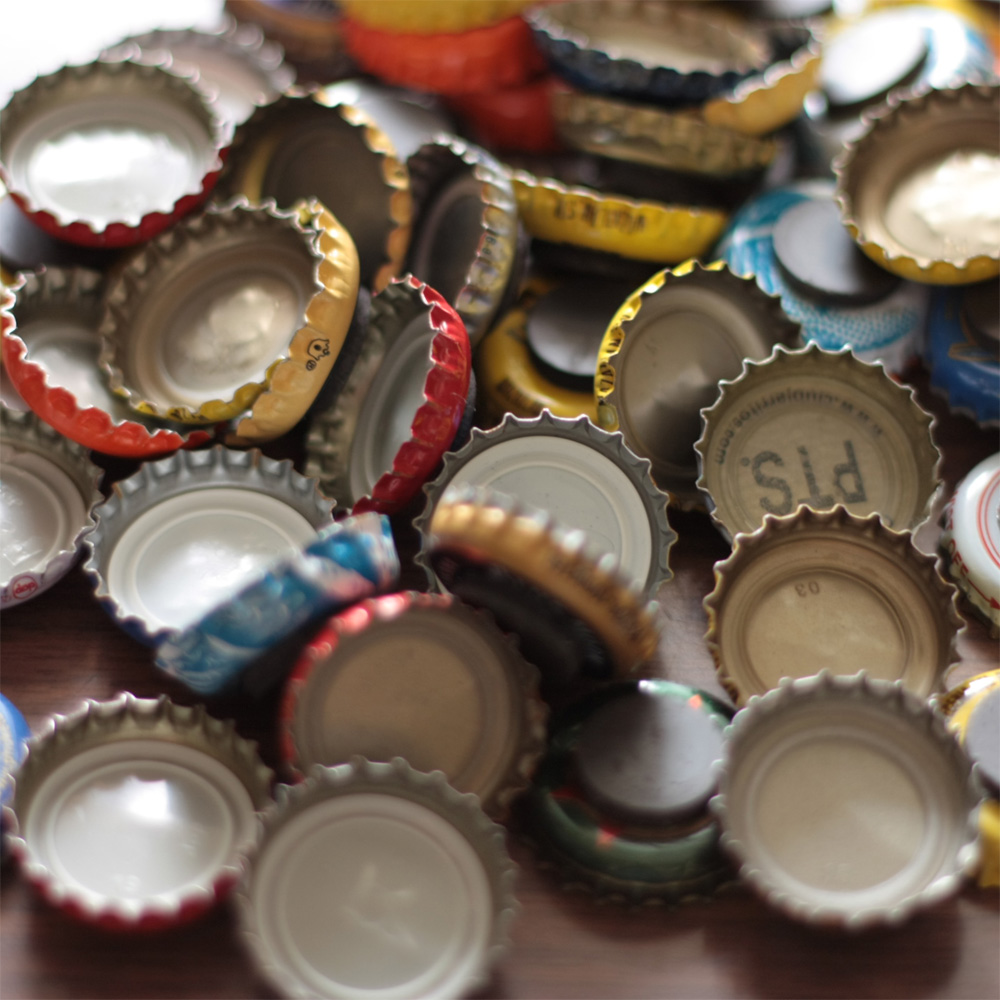 Who needs to run barter town, whenever you can run the entire barter economy? Read to learn the one simple trick as to how.

I can explain to you how to play caravan, but rooster teeth and another kind fella in a different steam guide could explain it better. A quick run down on how I do it, is

What others won’t tell you is how to exploit this.

Before reading ahead, be sure to have at least 20k caps. That’s a high number, and that’s for the rich getting richer, but further in the guide I will tell how to go from nothing to there.

So here’s what you do.
You go to a shopkeeper, maybe Cliff Broscoe after being idolized by Novac, maybe Dale Barton, any merchant that plays caravan.
You’re gonna go up, and quicksave. Or full save. Or wait, for autosave. All 3, maybe.
And you’re gonna wanna buy everything. Not a single item left in their inventory.
After closing the shop menu, and you’re in dialogue, you’re gonna wanna ask to play caravan.
without closing the dialogue whatsoever.
They should be betting with whatever money you just gave them.
Go all in, and therefore make them go all in.
Beat them,

And because you never left dialogue, your caps were never actually taken away, so you have those given back to you – ALONGSIDE whatever caps you earned from caravan. You have doubled your money, effectively.

Dale Barton is the only merchant you can play with an unlimited number of times. 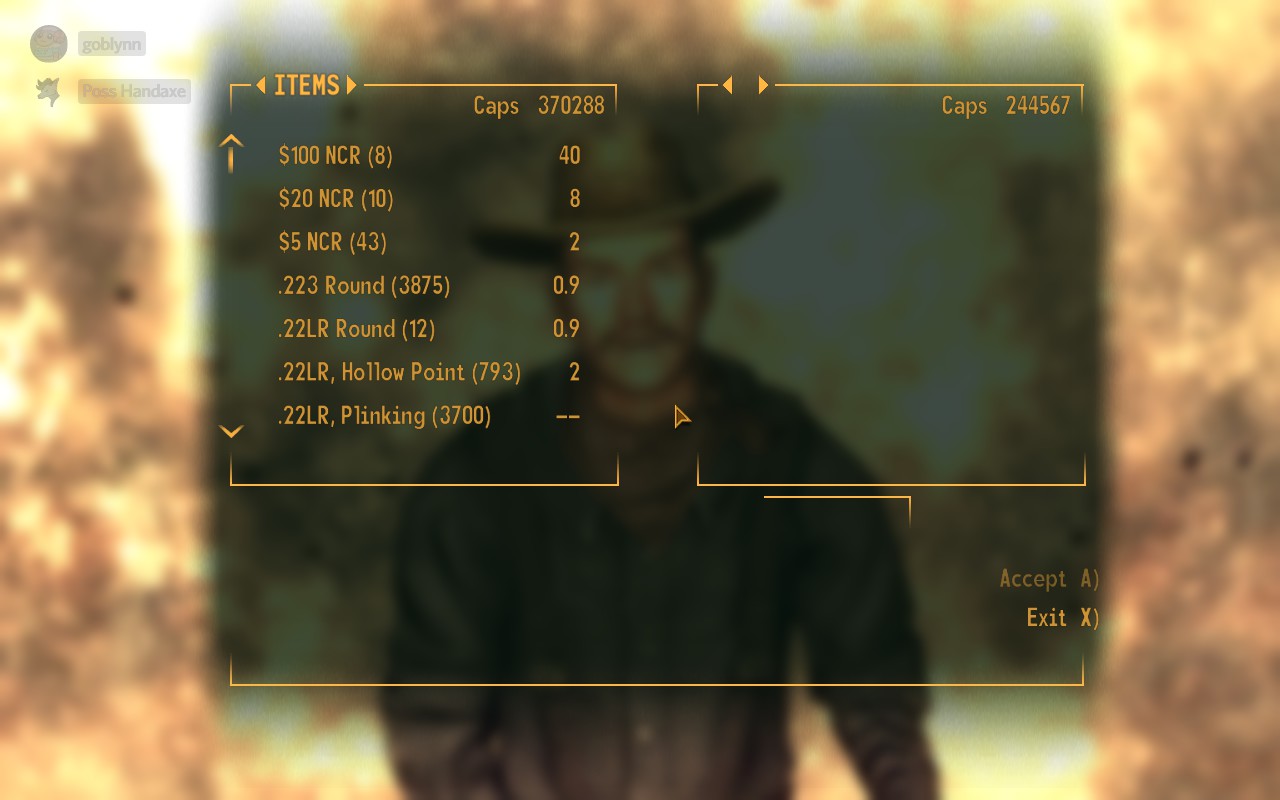 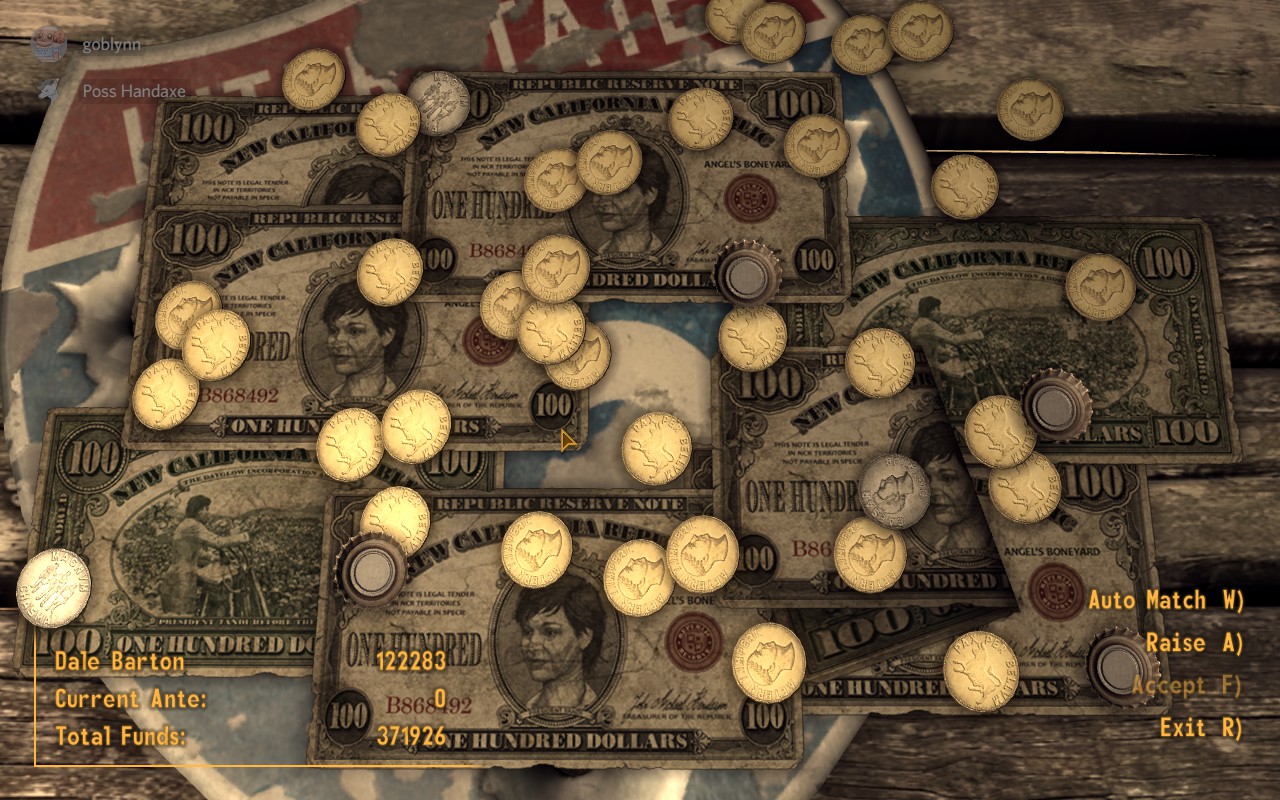 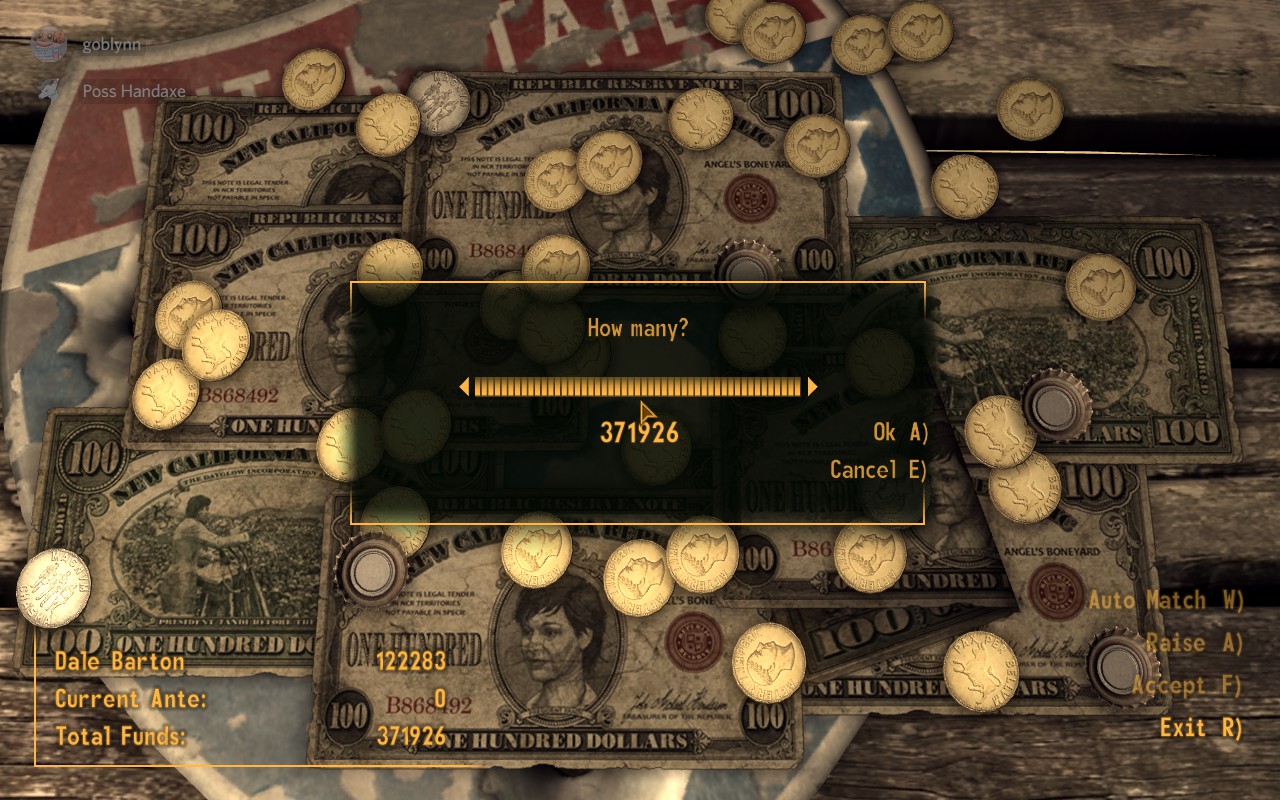 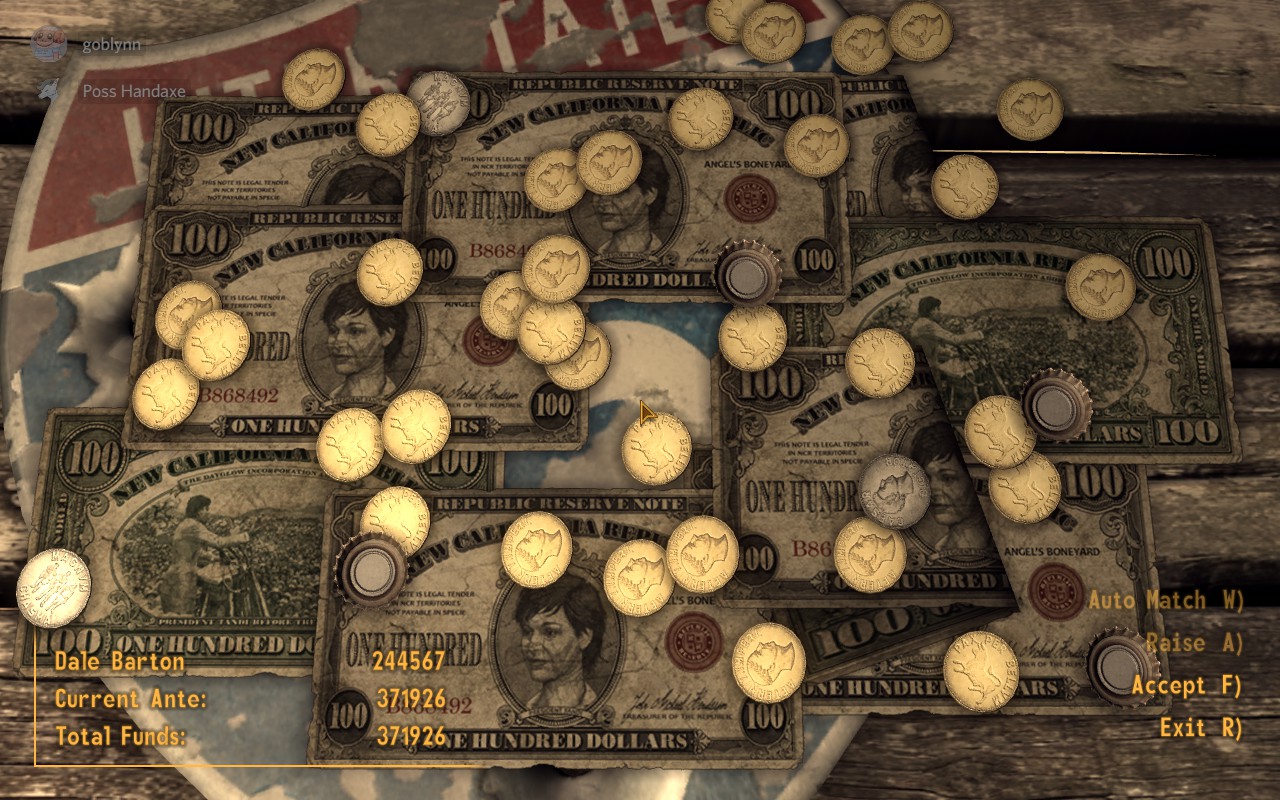 If done right, you now have a significant amount of money, just from playing a ♥♥♥♥♥♥ card game.

This one is going to be shorter, with less visuals, because it is simple.

Start with any casino.

You’re gonna need a high luck, which can be boosted from the Naughty Nightwear from mick and ralph’s, the Lucky Shades from the legion safehouse, and the luck implant if you need it. (so, at the bare minimum, you’ll have 4 luck. Preferably you want 10, but that’s just to speed up the process more than anything.)

Go up to the blackjack table.
Win until you’re one away from the casino’s max
(It varies from casino to casino, see spreadsheet)

Go up to the roulette table
It rewards 30:1 for betting on 00
bet 00
eventually win
become 6999 caps over the limit
you’ve earned an extra 6999 caps from each casino in the ♥♥♥♥♥♥♥ game my dude
(Bonus points for the casino from Dead Money, you have 10x what you earned in chips worth of caps because pre war money is worth 10 caps instead of one. And pre-war money weighs nothing. If you play your cards right, you have more in pre-war money than all the gold in the vault.)

Now that you’ve fixed up a bunch of items in jury rigging, or you need caravan cards, or now that you’re filthy rich – what then?

The Gun Runners vendortron will always have some useful items for sale – Powders, primers, bullets, guns. But that’s not the only merchant in the game.

As a matter of fact, the vendortron isn’t that spectacular.

Dale Barton at the fort gives 1/1 prices with their value if you have high barter, so does Johnson Nash and Cliff Broscoe after you reach high enough reputation with their respective towns,

But what you want is the Great Khans Armorer.

1/1 prices, and always thousands of caps worth of bullets, and a good amount of caps in the reserve to buy your stuff.

The Great Khan Armorer is located in a basement of a ruined house near the entrance to red rock canyon,

You need to be accepted by the Khans to trade with her, at discount. She’s great.

That’s all there is to it

I ain’t a gambling woman, but it’s not gambling when I’m guaranteed to come out on top.