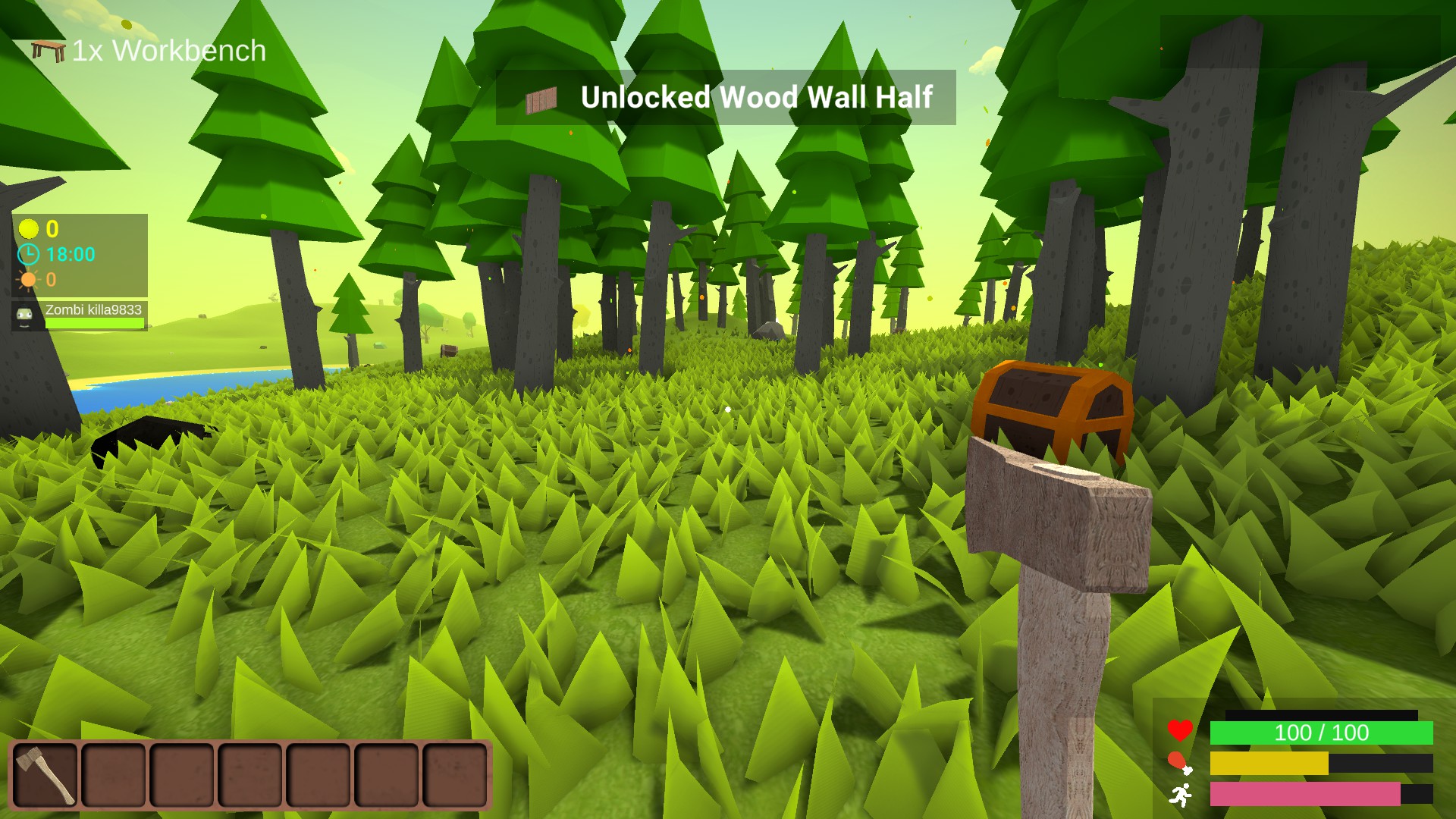 a little guide i made to help people ( kinda sorta )

below is some basic things that you will need to know:

– this game is much more easy with friends

– the rock cannot break stones. only trees (only the ones named “tree”)

next, your basic controls what they do along with tools/weapons you must have:

– any bow + any arrow (optional until later in game)

Please note that you will need to progress through each variant of each tool/weapon.

firstly, hunger isn’t mandatory and only replenishes stamina (at time of guide release).
secondly, stamina is very helpful as it allows jumping and sprinting. if stamina reaches zero you can no longer sprint or jump.
thirdly, health is the one of the most mandatory mechanic to keep an eye on because if it reaches zero you die, and if you don’t have someone playing with you that is alive or if you are not playing with someone.well, better say goodbye to that world ;v;.
next, tombstones are another important mechanic to the game because they allow the revival of teammates and letting them get their stuff back. along with tombstones statues of a player that display the message “revive the homies” for just 25 gold you can do just that (i dont know if the price raises over time).
another is one of the games main mechanics, chests! they come in 4 different variations: coal/black(free), wood/tan(25 g), mithril/cyan(80 g), and gold/yellow(200 g). all chests’ (except coal/black)price will increase over time(every few days). these chests contain upgrades(simular to RoR2) the better the chest the better chance you have of getting something good like the sniper scope(small chance to do chunky DMG/Damage) or milk(Strong bones AKA. +DEF/defends).
second to last that i will talk about is building.this allows the making of bases to keep those pesky monsters away, the placing of stations which allow for crafting, smelting, crafting but metal, cooking,
and crafting but bows. crafting is mandatory to progress.
lastly,boss statues/battle towers.these are used to either summon one of the to bosses, big chonk or gronk or summon a small group of enemies to kill for a reward. the rewards from the bosses can be used to make two of the best weapons in the game(at the moment).

nothing much to say here. huts and carts can spawn along with the boss statues and battle towers that i explained in the previous section. hut come in 4 variations as of now,these are: pitman huts, chef huts, jack huts, and smith huts. these huts contain 2 chests each with loot of the according profession, like jack huts will contain things that a lumber jack would typically store like wood an axe and a little bit of food. pitman huts contain things of all professions. chef huts contain food, and smith huts contain things a blacksmith would have, like forged armour, tools and weapons, and of course varied metal ingots. not much to say about carts though, they spawn with 1-3 chests that sometimes have stuff sometimes don’t.

short preview of enemies i have encountered:

dragon- it can fly[info unknown]

be careful though! you will start a world with only goblins and dinos but the quantity of enemies will increase each night along with new enemies being added every few nights.

heya! thank for reading my guide! if you think i should add more please leave a comment to what i should add! but anyway i would greatly appreciate if you gave this a good rating because i took a
LONG time to write this whole thing. also here is some choccy milk [insert big old glass of choccy milk here]