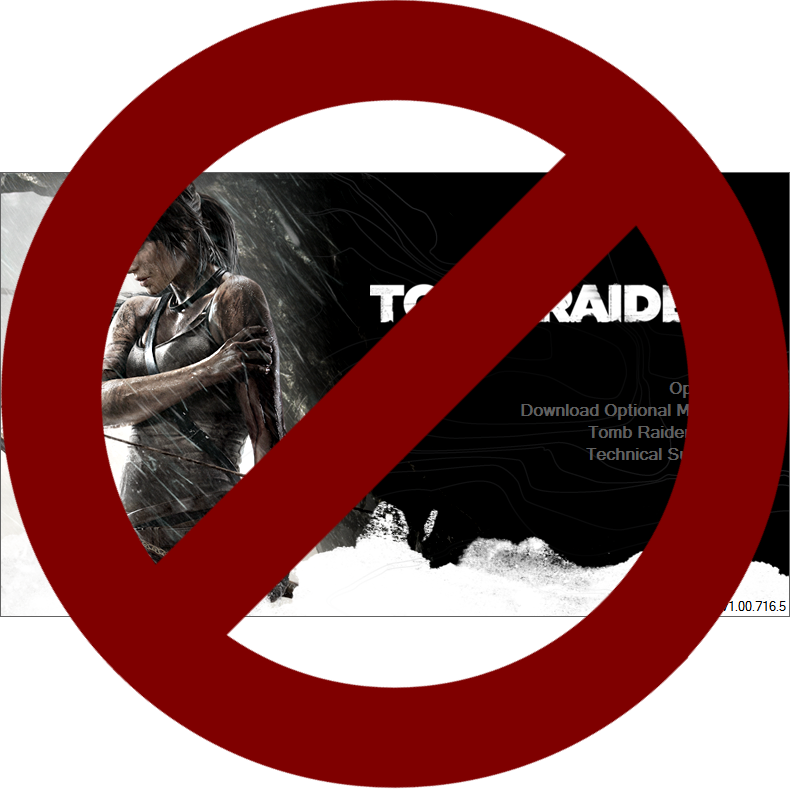 This micro guide will help you to get rid of launcher in Tomb Raider 2013, it would not save game from failing to be Tomb Raider or challenging & hardcore survival adventure game, but at least it will be less annoying.

I think im not the only one who really annoyed by extra steps needed to launch the game with such annoying launchers that does not even support gamepad input, this is especially critical for MCE, Big picture and other alternatives suitable for using PC with big TV.

I was going to code AHK script that will skip launcher, but i looked into code of game and found that command line argument to skip launcher actually exist, so this fix will be really simple.

If for any reason you will need to launch it directly by TombRaider.exe shortcut or if you use some tools like TexMod and some other chained launchers, dont forget to add -nolauncher as argument to TombRaider.exe, as these launchers may not pass argumens from steam.

P.S. – despite my hope this does not work with Hitman Absolution which was ported by NIXXES recently and suffering from same annoying unskipable launcher issue.