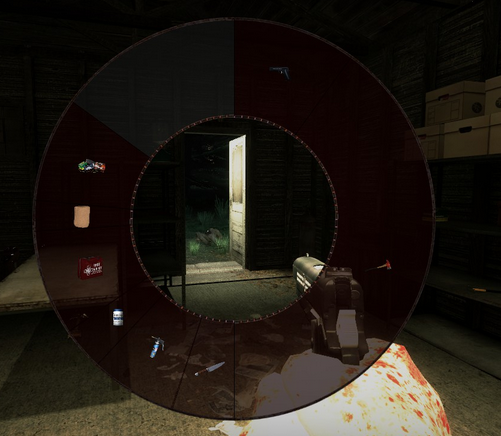 Disclaimer Personally, If you like a certain weapon and find it fun to use, use it. Having fun is what games are all about, and I won’t try and take the fun away of killing a zombie with a well placed FUBAR attack. But, if you want to actually start finishing maps and not die, managing inventory space is crucial to staying alive Melees There’s a popular guide on steam that should be the first one you see when you press tab+shift in-game. In there, it gives a good detailed guide on what weapons are not viable and which are not. If you don’t wanna take a look because you’re impatient, then lemme give you a rundown. Basically, the peak of melee weapons in this game are the machete and the lead pipe. If you can, grab those. 2 light attacks, and that’s a dead zombie. Better yet, you don’t lose too much inventory space. Although the pickaxe and fubar are nice, they are a drain on your resources, whether it be stamina, time, or inventory space. Unless it is the first weapon you see and you need to defend yourself, it is not necessary to keep heavy weapons in your inventory. Guns If you want to be able to wreak some zombie havoc, I want you to first quit playing this game. It is a game about survival. Go play left 4 dead 2 if you want fast paced zombie action. No More Room In Hell is a patience-disintegrating teeth grinder kinda game that makes you jump at anything and everything. Guns in this game do not have 50 round mags with 360 extra bullets, like in L4D2. Guns most of the time won’t even have a full magazine when you first pick them off of the ground. In NMRIH, patience is key, and that includes your trigger finger. Saving ammo for when it is just right is a must-do if you ever want to fully play out a map. Again, the guide I mentioned earlier does a phenomenal job on explaining this premise better. Now, lets say, you have a choice between using the .22 LR pistol or rifle, you should always choose the pistol, and this goes for most weapons. The rifle does the same damage, and holds the same amount of ammo in its mag, but takes up more space in your inventory.Another little tip, if you find an uzi/mac (whatever it’s called in this game) always take the ammo out of it. Always. Uzi’s are an uncontrollable ammo waster that has low bullet efficiency. The colt 1911 is a far better alternative, and uses the same kind of ammo, .45 ACPs. Take the ammo out of the Uzi, and wait to find a colt 1911.Shotguns are good, but take up lots of space. If your friends are hogging all the guns and ammo except for the shotgun stuff, take it, but otherwise just use it as a way to go through hordes with the intention of finding a better weapon.Drop any excess ammo you have in your inventory in the late game. It will just weigh you down. “B-but I have 30 .45 ACPs! What if I find a colt 1911?” Sure, that’d be smart, but the other thing is, in the late game you may or may not find the colt and that’s not something worth betting on. Just drop the ammo and move on. if you do find that colt, then go back and get the ammo. It’s that easy. You just need patience with yourself and the mechanics of the game.I’ll update this as time goes on.