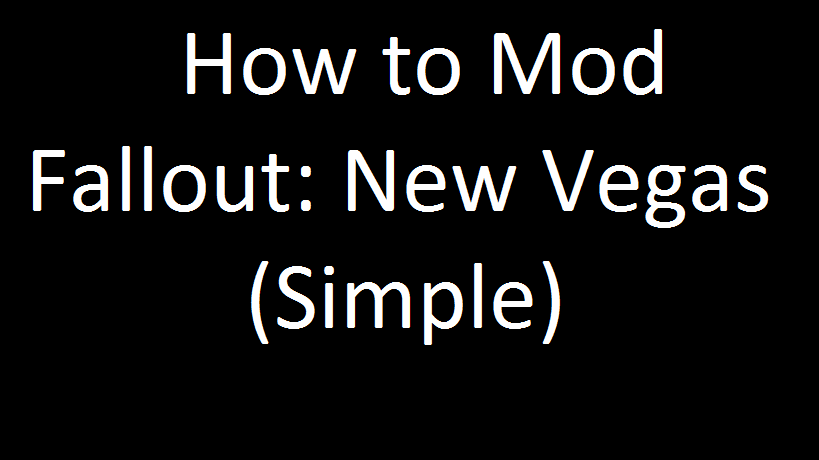 This guide is here to show how to simpley install most mods into Fallout: New Vegas.

First up to mod Fallout: New Vegas you are going to need something to open rar, 7 zip and other stuff along those lines. I use Win Rar but anything that can open them will do. Second find a good moding site. Now I know anyone on steam who wants to mod already looked at the workshop but most of it is bad, some are good but if you really want good mods go on to nexus. Next once you found the mod and downloaded it, then you have to open the folder and extrect the files, just select all files then push the extrect button, then choose where to place them, most people place them on there desktop but I like my stuff tidy so I put mine into a folder. Next is the hard part your going to have to put the mod into Fallout all you have to follow this trail

Once you get to the Data folder you get the files you need such as esm, bsa and the foldes such as music, shaders, sound, source, video. Now once that is done all you need to do is go into the fallout launcher and tick your mod. Now like I said in the description do what I said for most mods but some special complex mods will be different but the mod author in that case should state how to install his or her mod.