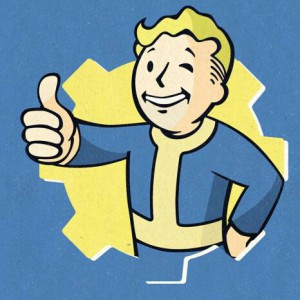 This guide will teach you important tricks and other skills you should take when playing Fallout New Vegas. If you want to kick total A$$, I will teach you.

So you are reading this guide. By the guy who made the guide on how to get roasted. What are you getting yourself into……

So to get started, you gotta realise that this game is purely luck and skill. You got to prepare for this hell-hole, and you gotta prepare. To begin you must:
-understand how to use the controls
-understand game basics such as VATS and how to navigate the Pip-boy
-How to not look like a ♥♥♥♥♥♥♥ ♥♥♥♥♥♥♥ while playing
-using guns/view point to your advantage

To begin on gunplay, we will begin on different weaponry/types

So for weapons, always have your equipped weapon fully reloaded when not in combat. To do so, press the “r” key on your keyboard, or for the controller, whichever button you set it to (you can also view/change your controls in the settings menu). Having your weapon always fully loaded will ensure that you don’t have to worry to instantly reload once you face an enemy. In addition, always carry enough caps and ammo with you just to make sure you don’t run out mid-battle.

In addition, apply weapon mods when you can, such as laser sights, scopes, and extended magazines to ensure you have enough ammunition to put into your enemies’ bodies. The “Gun Runners”, located south of the Strip, offers plenty of different weapons and modifications that are essential for sucess.

Keep your weapons fully fixed to ensure that you will always be distributin’ pain at max efficiency. All you need to do is to find similar weapons/ same weapons and repair them in the Pip-boy (items-weapons). Having primer for your weapons is also okay, but isn’t necessarily important, but you should find a workbench for other weapon mods and such. The first workbench is in Goodsprings (right next to the saloon/store) so be on the look out.

Keep at least 5 different weapons on you at all times with at least 100 ammo each (as soon as you can in your progress of the game) to just be safe so not only do you have diversity, but also different types of weapons have different effects on specific enemies/ types of enemies.

For example, the EMP grenade does special damage to robotic foes or power armor, so always look for special effects/critical damage that your weapons provide and use them to your full advantage.

Caravan groups that roam around the Mojave have decent weapons for beginning players, but I wouldn’t be dependant on them. For the bigger guns, go to the Gun Runners.

Just a personal preference, but I like to have a laser rifle, 10mm pistol, a .22 silenced pistol, and a combat knife on me at all times.

Food/meds are essential for health in Fallout. Keep plenty of food and medication on you at all times (which is a no brainer, but also keep caps on you for them). You really don’t need to craft food at campfires, but just make sure that you can be easily be able to reach stimpacks during combat and off combat.

You really won’t use campfires for a while after the beginning of the game, but those options are definitely availiable.

I recommend keeping plenty of chems if your character can handle it, just for the little perks chems offer for a little while. If you need to, go to a doctor to cure your chem addictions.

Really, just keep a good ammount of stimpacks (more than 15) at a time and you’ll be alright. Unless you’re up against a deathclaw. Then you better have high agility.

Fallout: New Vegas doesn’t require DLC, but I do reccomend that you do finish them. Finish Old World Blues first due to the body augmentations (which include no chem addictions and incrippable limbs). You can take the rest of the DLC in any other order, but you should take Lonesome Road last. Lonesome Road, in my opinion is the real conclusion to the game (you need to understand the lore to understand why). If you want more info on the specific DLC’s, just go to the specific store pages or look them up.

Companions are also a feature of the Fallout franchise. The companions in Fallout: New Vegas are:
-Boone- An NCR sharpshooter that you meet in Novac (you must complete a quest for him to kill the person who sold his wife and unborn child to slavery)
-Rex- A robot dog that you meet in Freeside (you must gain the trust in the Kings through quests)
-Raul- A ghoul handyman that you can meet in Black Mountain (you must break him free)
-Lily- A nightkin grandma that you meet in Jacobstown
-ED-E- A robot that you can fix in the beginning of the game if you have the parts and repair skill (in Primm)
-Cass- A (ex)carivan owner and drunk that you meet in NCR territory. She will be availiable to be a companion if you have high enough speech.
-Arcade Gannon- A researcher that you meet in Old Mormon Fort in Freeside. Have a high enough speech/science skill, and he’ll follow you.
-Veronica- A Brotherhood of Steel scribe that you can talk to at the 188 Trading post. If you say the right things (Say things in agreeance with the Brotherhood), she’ll follow you.

You can have one humanoid and one non-humanoid companion at the same time, so I recommend that you go with EDE and Boone (personal choice).