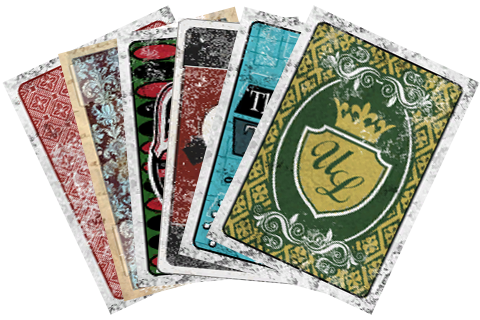 In this guide, I will include basic gameplay and conditions to win. Many players like me, spend a long time figuring out just how to play. But it takes an even longer time to understand what actually makes you win. So I was taking down notes while playing, and I think i narrowed it down to what makes you win.

The deck of cards is given to you by Ringo, in Goodsprings, right after you finished a tutorial or skipped it and spoke to Trudy in the saloon. He will give a confusing a** holotape with rules and you have an option to pay with him.

Building a deck:
– in order to play, you need at least 30 cards to play. You can have on your person ulimited amount of cards, but the playable deck (which you assort just before you start playing the game of caravan) must be THIRTY cards or more

– Kings will be your primary face cards. Jacks will be needed to screw over the opponent. Queen is your last resort, if you happen to have a bad hand, and you need to get to 26 without using king. how it will help will be explained later in the guide.

– Small number cards, aces and jokers should be avoided, as they prolongue the game, but not completely useless, so use them at your own risk, i highly suggest not using anything except what i listed in my second point.

– However the cards of the same suit can be put down in any order.

– Queen does two things: it changes the order of cards (ascedning to descending and vice versa) and changes the suit of the caravan.

– Jack removes a card that it is attached to, and any face cards attached to that card. If there is a face card attached, every card after it will be removed ( you put down a 2, then 5, then attached a king to a 5, then attached an 8, then put a six. When jack is applied to the 5, it removes the 5, the king, the 8 and the sic, but leaves the two) ( if the jack was applied to just a two, then everything else but the two stays on the table)

– Aces have a numeric value of one.

– Each of your three caravans must outbid (have a higher number value) your opponent’s caravn. To do so, you need to stay within the range of 21-26.

– If your caravan value is below 21, it is incomplete. Continue building

– You cannot discrad cards from your hand during the intial round (though a bug may occure, allowing you to do so and glitching the whole game after)

– You caravn must outbid opponents caravan without going over 26. to win, all 3/3 or 2/3 of your caravans must outbid.

– If the caravan has not passed the value of 21, the game continues. This allows to stall the game.

– Removing a track ( a caravan) also stalls the game.

– If you have no cards left in your hand and in your deck, you lose

– if your caravan values are less than opponents without him/her going over 26, you lose

– if you have 3 decent caravan and then the ♥♥♥♥♥♥♥♥♥♥♥♥♥♥ gives you a king, you lose a good caravan, making his look better, therefore if you don’t discard that caravan, you will lose.

– Reaching 26 in all three caravans doesn’t mean sh*t. Outbid the opponent after they reach the 21-26 range. discrad tracks and cards if you must wait.

– Prepare for the game to bug out and lose unexpectedly

– quicksave before every game, load if lost, wuicksave again if won

– Ambassdor Crocker, Quartermaster Mayes, Ringo, No-Bark, should be your go to. Ringo gives the deck, the other three hold a nice amount of caps to win from.

– Feel free to indicate if i missed anything