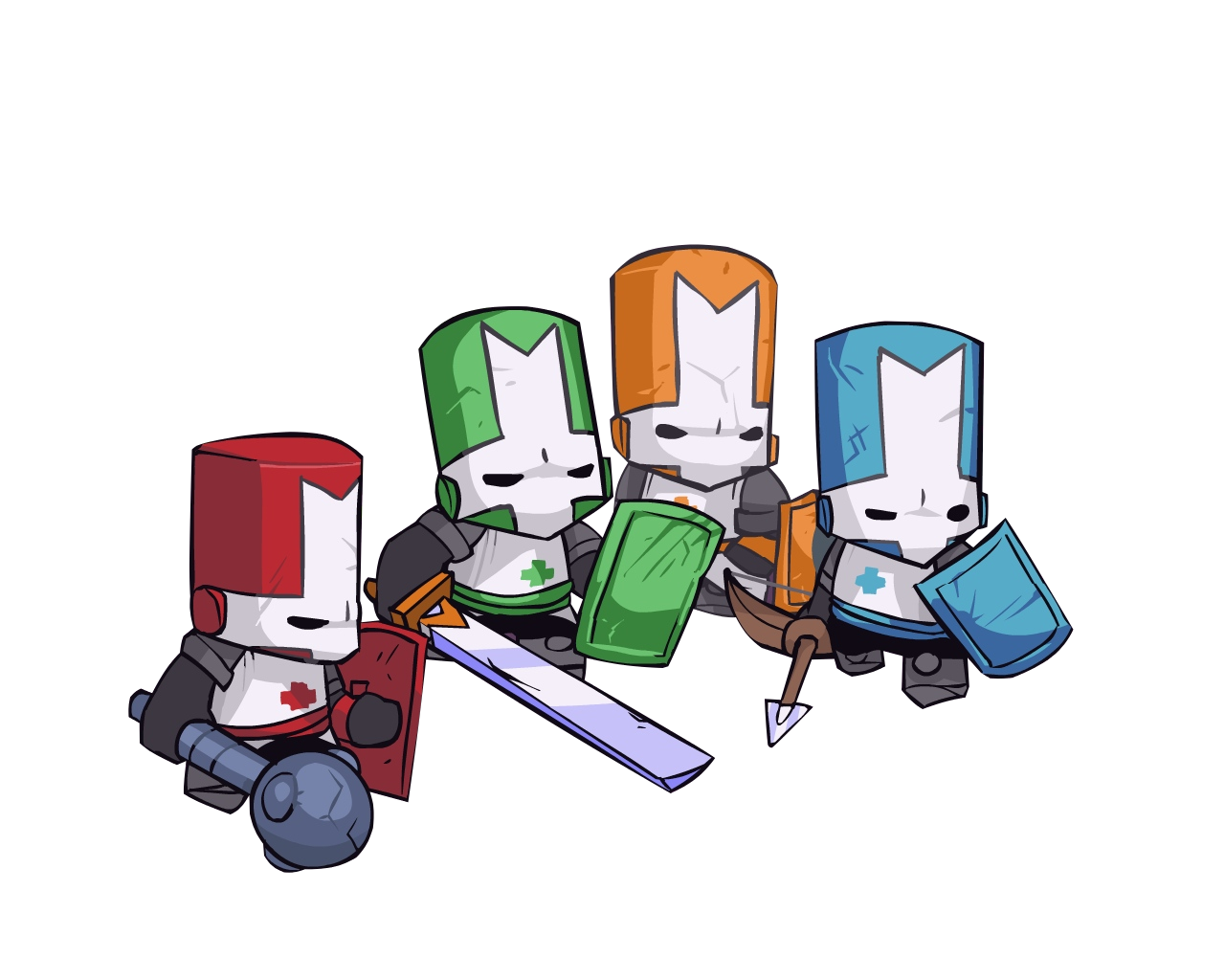 Just a guide im trying to make to improve the quallity of online play.

Ok so you may or may not have just gotten the amazing game known as Castle Crashers! Congratulations! You’re on your way to playing an awesome game, but before you get too far and try to play multiplayer you should know some basics that are necessary to know for online play.

Awesome! You want to play with the community that also owns this wonderful game! You can go online and search for a game. If joining a game you can either do a “Quick Match” which will find a random public game for you with no specific settings. Secondly you can take and press “Custom Match” which will let you search for games with specific settings. Lastly you can make your own game with your own settings. If doing a quick match you can expect to find many games and people rather quickly. Doing the Custom match will refine down the online games into more specific setups that you prefer. If your making your own game you have a few options you have to decide: Online modes, Number of players, and Hidden characters. If you’re going to be playing with a specific group of friends make it Friends only and then invite them. Don’t leave the lobby open and kick everyone out as soon as they join. Remember they have to go through game selecting and loading just like you would and by kicking them you’re wasting time. The character amount is however many people you would like in the game. Four is the maximum number of slots that can possibly be in one game. You can choose to limit these as you please but four is usually the most common number chosen for online games. Hidden characters should never be disabled (in my opinion) because, the other players worked hard to unlock their new character and have the ability to play them. Just because you haven’t unlocked/played any other characters besides the default four doesn’t mean to disable unlockable characters. Doing this will most likely get people to character selection screen and then follow up with half the lobby leaving the game. Lastly, don’t make a game and then leave while still in the lobby you made, people using Quick Match will keep getting put into your game and it will not start because you won’t ready up. 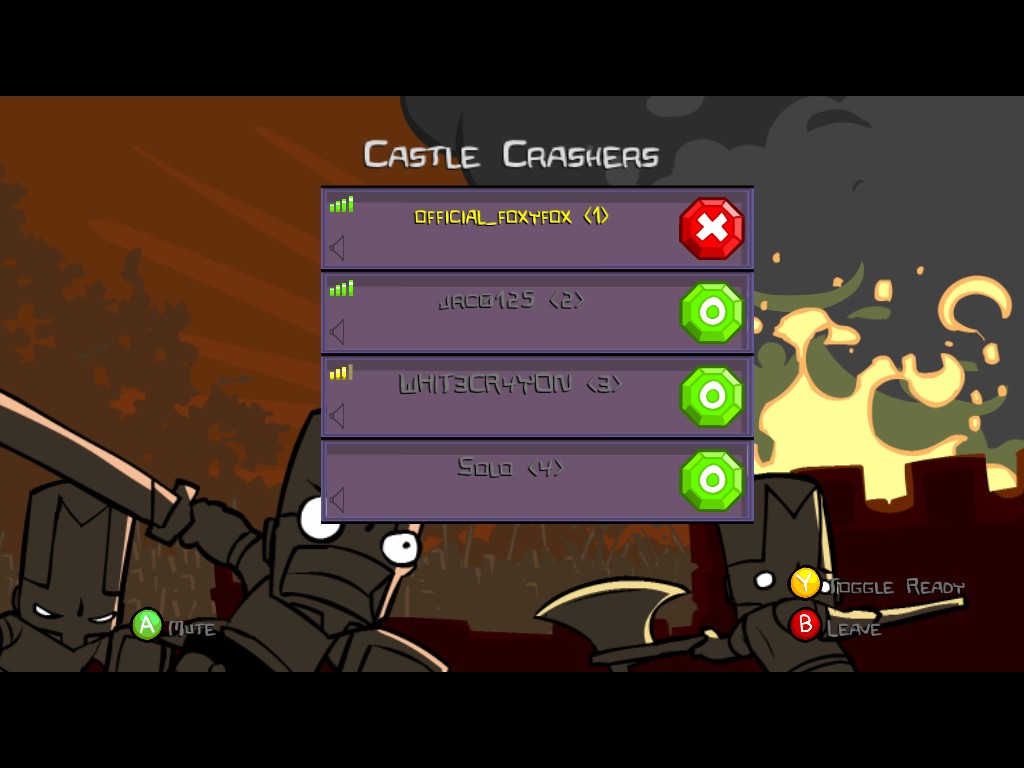 When you have found a game and everyone readys up the character selection begins. ( i highly recommend that everyone atleast has voice chat set to push to talk instead of off) Scroll through your characters and decide what character you will play. Discuss what your group wants to do, be it helping you or you helping them, communication is key! If the character you want to play is already taken, please don’t be the person that sits there on that chosen character for the remainder of the timer untill it forces you to another character. Try to talk it out with your group and see if maybe theres a comprimise you can come too. The second thing to look for being the kind person you are, is if the other 1-3 people in your game choose a character that is already completed with the normal story, (signified by the gray skull next to the character) try to also pick a character that has story complete. Its rather tiring to play from the start of the game when your already done with that character! Also, if you choose a level one character when everyone else chooses a lvl 20+ with or without a white skull theres a chance you might get kicked or people will leave. Not everyone is online to help you some people want help with specific things, and being level 1 with no stats/weapons/pets is just making it harder on everyone else.

Ok so you have found a lobby and chosen your character to play, and the game has now begun. You have the ability to move and control where to go but you need to communicate with the people in your game! Several games i join i find 2-3 people fighting for control of where we go and its just a load of hassle thats highly unnecessary. Possibly the first choice would be to stop at the Weapon Frog/Ark make sure that everyone has the proper weapons/animal orbs they need for the game. A Quick Tip : The in game arena’s do not count for the achievment for winning 40 ranked arena matches! So please dont be that high level that forces 3 low levels to fight you because you know you can win in one hit! Another thing that you shouldn’t do is force the game to go the final boss if you arn’t even over the river in the center of the map! You CAN’T unlock the next character by only doing the final boss and nothing else! Play the whole game and enjoy yourself. A quick review, don’t fight for control, don’t slaughter new players in the arena for wins, and don’t run to the final boss and choose it if isn’t what your up to.

An example that just happened before i added this, I’m trying to speedrun a random throught the right side of the map. They instantly fought for control then everyone but one gave up. We started desert and i assumed a level 12 on desert sounded about right so i start skipping levels for them. Upon finishing medusa’s lair i find out he doesnt have the wheel/telescope to even get across the ocean! The other guy in the game was level 4 so i knew he didnt have those unlocked….so please guys dont think you can just skip ahead and it will work.

Yes I know everyone out there might not play the game 100% legit and actually try to unlock things, but for heavens sake dont make it TOO obvious. Now you see this and you might think what does this guy mean “don’t make it too obvious” well :
Example 1 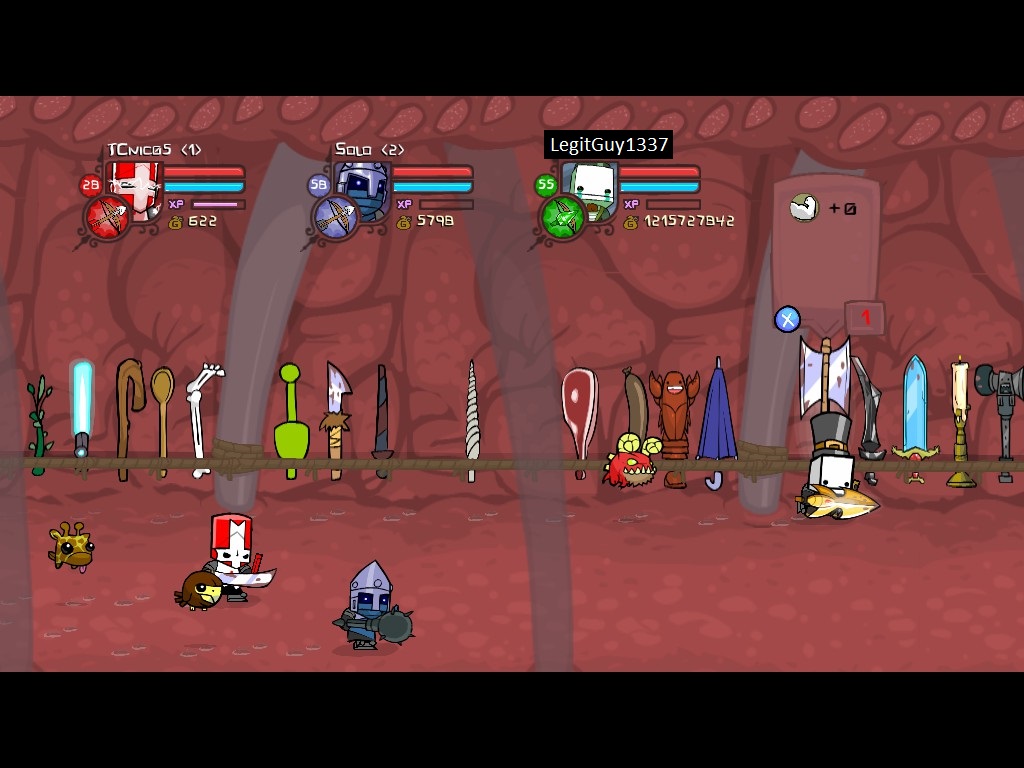 Look at that gold. Do you think thats legit? 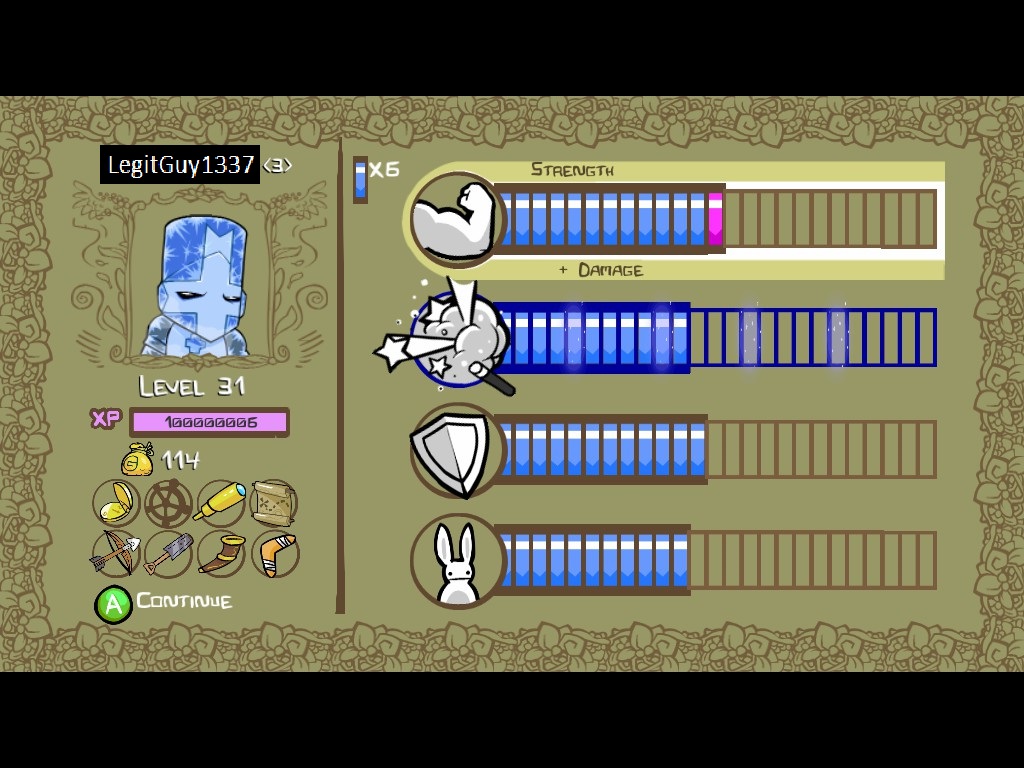 If you modify your save or something with rediculous xp you will level up every single time you hit something and then everyone will see the crazy xp that you have modified yourself too.

Overall this is a fun game and honestly i can say personally if you just modify yourself to max stats with everything unlocked you will be missing out on this awesome game and an amazing experience. Theres may even be a chance you have actions taken to remove you from online play. (I don’t know this for a fact i just know for some online games there are “cheater pools” which seperate you from the common player and limit you to people who also were caught abusing the game.)

The reason i wrote this was the fact that after the hundreds of hours I’ve played (Xbox/PS3/PC) theres always the same issues in every game, and after so long you just get tired of it. So i dont know if this is more of a rant, but im trying to get some information that should be known out to everyone. If you agree/disagree/feel like theres more things that should be added comment about it and ill try to get them added/edited in this guide.

“1.) USE PUSH TO TALK IF YOU HAVE ANYTHING THAT MAKES LOUD OBNOXIOUS NOISES IN THE BACKGROUND, this includes but is not limited to children and birds!

2.) This only happened to me once, but was EXTREMELY aggravating — don’t kick someone during the princess fights! After playing for quite a while doing most of the work to beat Snow World and the Ice Castle, it SUCKED that I got kicked just because I was kicking everybody’s asses.

3.) If you’re in a game with only one other person and you have to leave mid-level, EXIT TO THE MAP BEFORE EXITING THE GAME. If you don’t, you lose all the exp that you earned on that level, and possibly not get credit for beating some levels prior(#4)!

4.) Also applies if it’s only you and one other person, if you can help it, try not to leave if you’re midway through a few levels but the game won’t save your progress until a further level. For example, let’s say you just beat Desert and got to the Alien Ship. If you leave (exit to map first if you do have to 🙁 ), when you come back, you’re going to have to redo the Desert because you didn’t beat Desert Chase, where the game will actually save your progress.