This guide will detail the quickest and safest method I’ve found for dealing with bandit cavalry without a party. It involves abusing the movement A.I. to your advantage, so if that kind of gameplay doesn’t appeal to you, don’t read on.

When entering combat against bandit cavalry, take these steps in the following order:

One:
The moment the battle starts, turn your horse around(if you have a horse) and head straight for the edge of the combat zone. You’ll know you’ve reached it when an interactive option that reads “Retreat Battle” appears. See first screenshot. 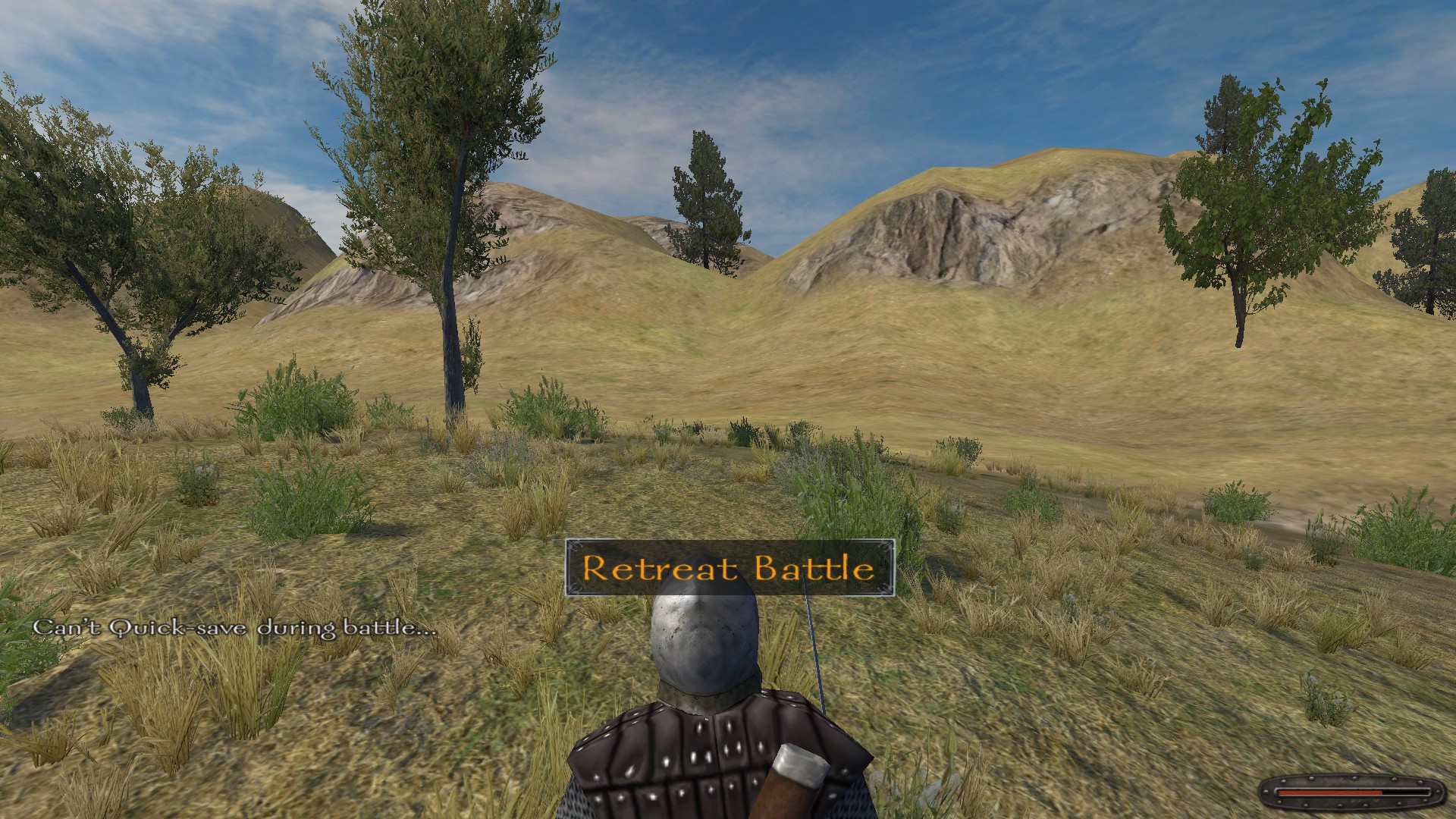 Two:
Take a few steps backward from the combat zone boundary on your horse, turn it such that the horse’s side is facing the incoming enemies, and the horse stands between you and the enemy party. Dismount the horse. See second screenshot. 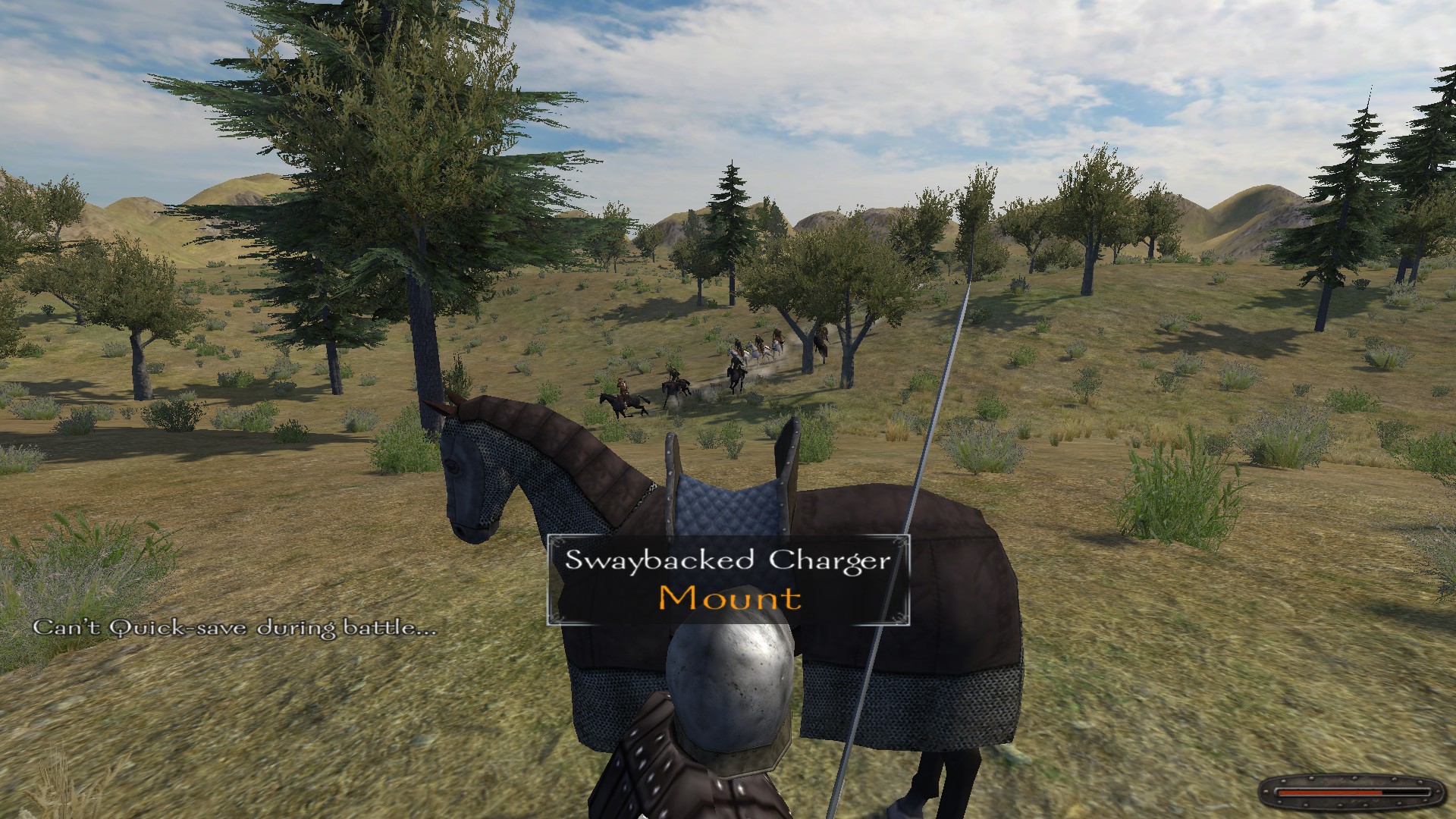 Three:
Hide behind your horse while the enemy approaches. Most often they’ll try to flank to your left. When the A.I. cavalry encounters the edge of the combat zone, they’ll stop moving as they’re unsure of where to go, because they’ll want to continue encircling you despite not being able to move forward. One or two might turn around by accident, but most will line up along the invisible wall and be stuck. See third screenshot. 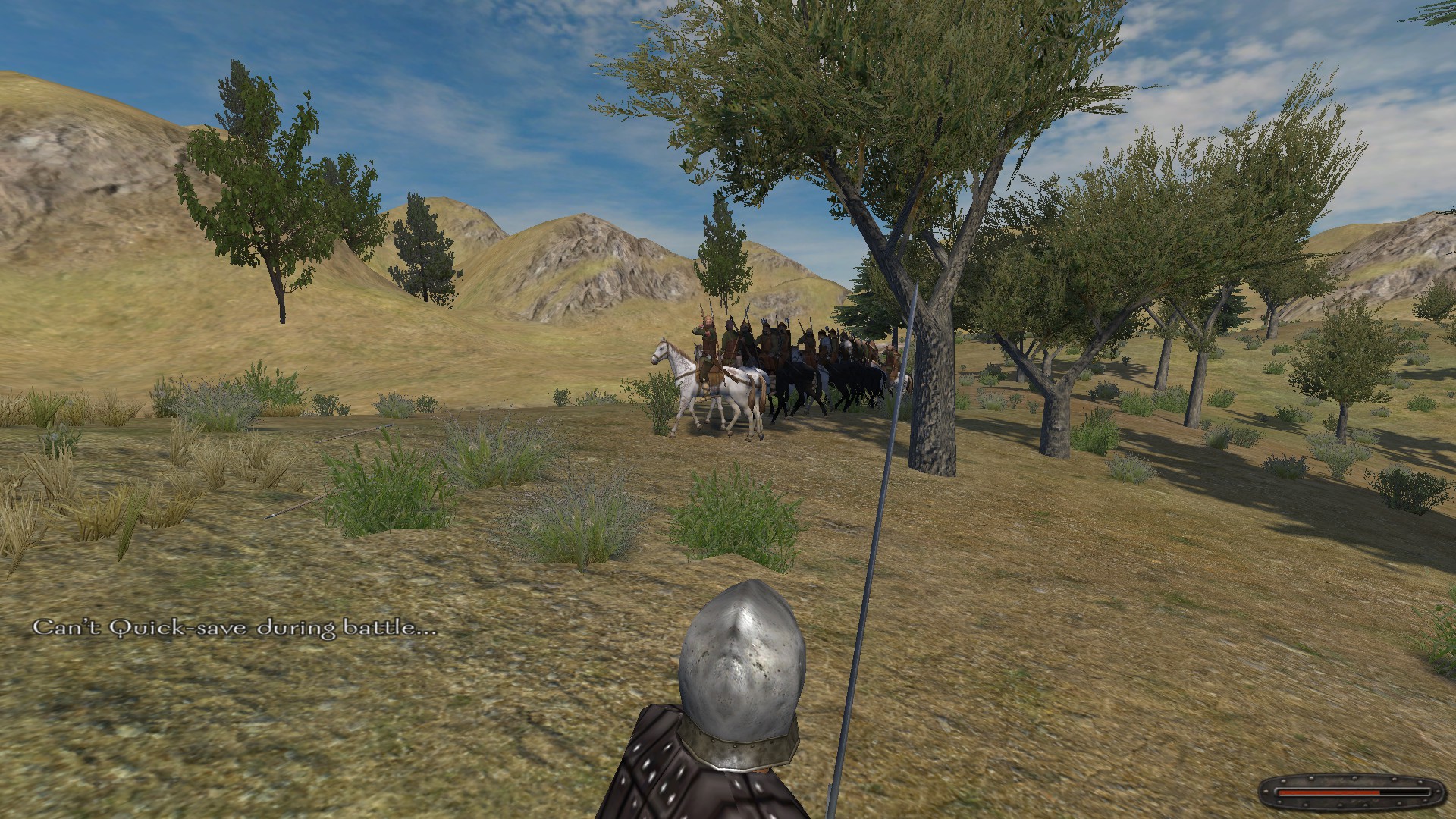 Four:
Emerge from behind your horse, if it hasn’t run away by this point. The enemy should offer little to no resistance as you slaughter them one by one while they’re trapped against the edge of the map. Watch for any that dismounted their horses, though this didn’t happen often in my testing.
See fourth screenshot. 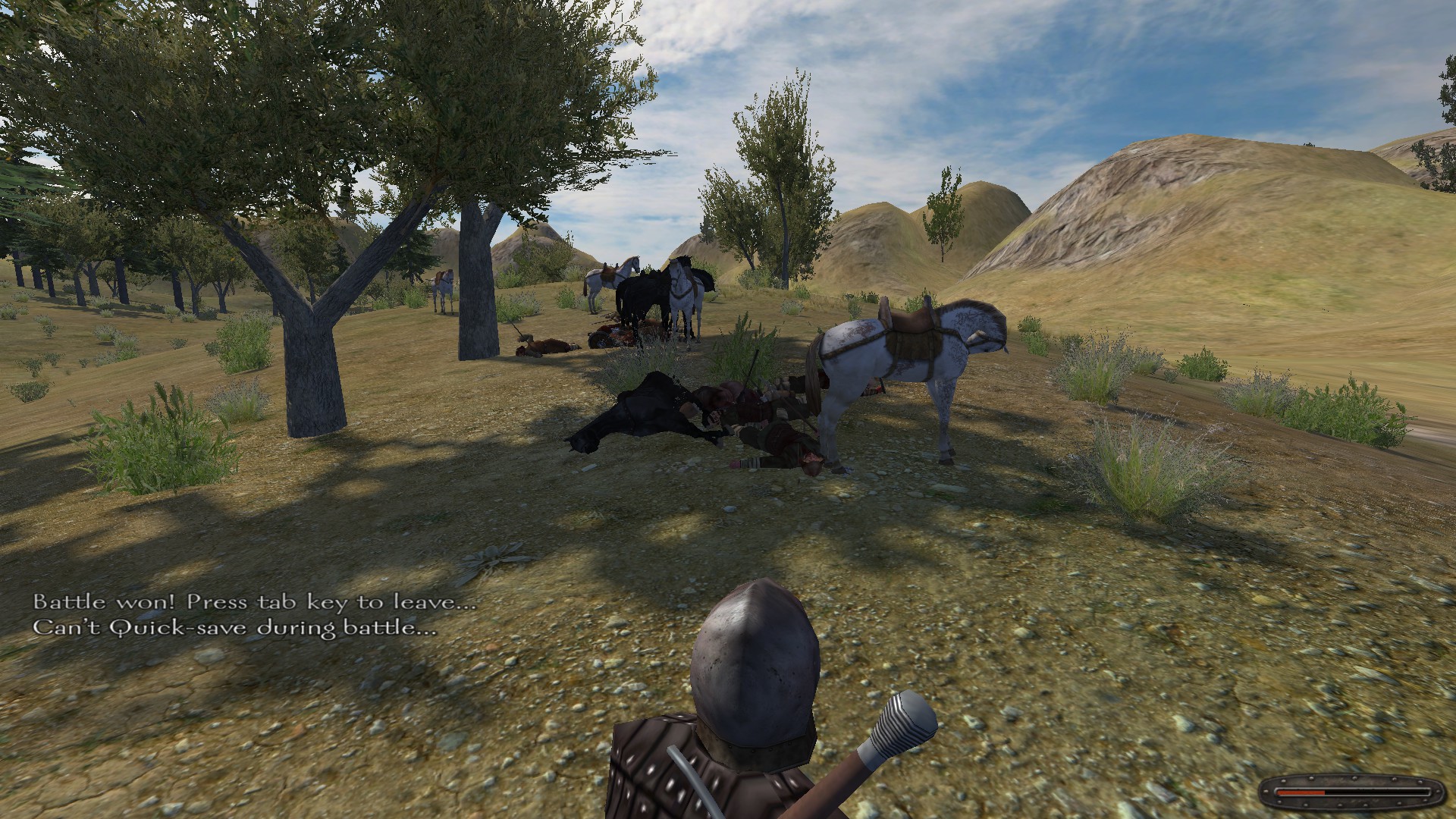 Conclusion:
I was able to solo bandit groups of up to 40 cavalry in this manner. I don’t recommend this strategy against enemy lords belonging to any faction, as they’ll often stick together and move as a group, making this strategy useless. You should also not have any companions with you, since their presence will alter the enemy pathfinding, as some enemies target the companion instead of you.