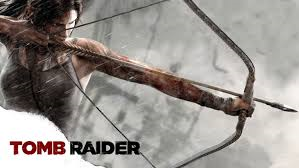 Graphic Options explained and which ones hit performance and which don’t.

V-Sync: It forces the images being displayed to be shown as a whole. When V-sync is off, the image can “tear” and the top and bottom half of the screen can become disjointed if performance is low.

Quality: Determines the overall quality of the graphics. It’s a good baseline to know what to expect from each of the settings.

Texture Quality: Keep this one on “normal” unless you have a lot of video memory to spare. Medium performance hit.

Texture Filter: Determines the level of anisotropy (e.g. how clear the textures look). Unless you’re running a low-end graphics card, you shouldn’t have any problem bringing this all the way up. Low performance hit.

Anti-Aliasing: Smooths jagged edges. There are four options for AA in Tomb Raider. Off, FXAA, 2X SSAA, and 4X SSAA. FXAA has a very low performance cost, and is viewed as an alternative in case no other aliasing options are available. It adds a blur to textures, objects and terrain that is sometimes unacceptable to players. We look at this as an alternative to having no AA enabled. We also have Super Sample AA available at 2X and 4X. This is widely considered to be one of the most effective forms of anti-aliasing, however it has a very high performance demand. It’ll give you a major performance hit unless you set it on FXAA or turn it off. Computers with high-end set ups should experiment with 2xSSAA and 4xSSAA.

Shadows: Determines how many shadows are projected onto the scene. Leave this one on Normal.

Level of Detail: Determines how objects look from a distance. Unless you need to see high-quality leaves and flowers from miles away, leave this one on normal. Medium performance hit.

Post-Processing: This setting can be enabled or disabled. It adds a noticeable amount of motion blur to the game. It also improves the quality of other graphics options like SSAO and depth of field. It has a large impact on performance, so if users are struggling this is an option to consider disabling. High performance hit.

High Precision: This setting actually adds a filter, with darker shades and different intensities of light. It helps the game look more realistic by determining where light is coming from and how dark shades should become as we progress through a scene. It has a minor impact on performance, and should just be left on for the best image quality. Minor performance hit.

Tessellation: This setting adds more detail to models, objects, and environments in game. It has a moderate effect on performance, but a higher cost when combined with some level of ambient occlusion, due to more surfaces having shadows rendered. It takes a set of instructions for a simple object, passes it through the tessellation unit and generates a higher detail object than we started with. This option can be enabled or disabled.

Hair Quality: Makes Lara’s hair look realistic. I recommend setting it to TressFX for the best experience—but only if you have an AMD card. It doesn’t work well for nVidia cards. Very high performance hit.

Reflections: Determines which objects cast reflections and at what quality. Medium performance hit.

Depth of Field: It simulates the blur we perceive on distant objects that aren’t in focus by the eyes or a camera lens. This option will read the scene, and defocus background objects. It can be enabled on Normal, Ultra, or disabled.

SSAO: This stands for “screen space ambient occlusion”. This setting can be enabled at Normal and Ultra, or disabled. It is one of the most demanding graphics options in the game. This setting adds global illumination and shadowing. It makes it so that objects can cast realistic shadows on other nearby objects.

***The game even contains an in-game benchmark you can run to test your settings. Ideally, you’ll want an average framerate of 60, but running the game at a constant 30fps shouldn’t hurt your experience if you prefer graphical fidelity over fluidity.