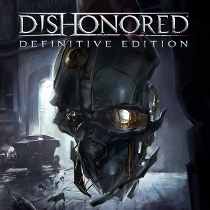 This guide is for new and experienced players. It will explain all the basics of the game/powers/skills, show locations of runes/bone charms/blueprints, achievements and how to get them, as well as tips.Feedback would be much appreciated as this is my first guide, and I plan to make more! :)Note: I can also write the guide in Korean if anyone would like me to do so.만약에 한국분들이있으시고 이안내서를 한국어로 읽으면더 편하실것같으면, 한국어로 쓸수있읍니다!!~ 하지만 저는미국에 오레살아서 제한국어가 좀이상할쑤도있읍니다.

Welcome to the guide!

Take your time, enjoy the game

Just as many other guides and users have said, the most important thing is to have fun with the game.

Personally, I recommend playing through the game and just doing things however you want and feel like without caring about achievements or loot. Just to have some fun and to be able to focus more on the story.
Then you can go for achievement hunting or whatever else you would like to do.

However, that is just purely my opinion and suggestion.

Disclaimer: Lots of information from this guide has been obtained from the Dischonored Wiki[dishonored.wikia.com]

This is one of the major factors of the game that affects the environment, dialogue, the enemies you face throughout each mission, as well as the final outcome at the end.
Generally, the higher the chaos level, the more difficult each mission may get due to many factors.

There are two different ways of obtaining money throughout this game.

Loot
This is going to be your primary form of “income” as it is also the most plentiful. Generally loot can be found everywhere in many different forms.
You can find loot as coins, statues, herbs, feathers, and pouches to name a few.

TIP: The Hound Pits, which is the area you go back to after each mission, will always have a “reset” of loot in the area. Take advantage of that by looting everything there before or after each mission for extra money. But keep in mind that not all the loot will be the same and they wont always be in the same locations.

NOTE: If you have “Show Interactions” ON in your user interface settings then all the loot (as well as all other interactable objects) will have a yellow glow around them. Very hard to miss.

Safe
The other method of obtaining money comes in the form of looting safes that are scattered here and there through some of the story missions. These can only be looted once. There will usually be a letter, journal, or note in the vicinity of the safe that gives hints to the safe’s code. However some of the safes require human interaction in order to obtain the safe code.

When it comes to achievements one thing to keep in mind is that some of them can’t be obtained at the same as other achievements. Because your actions and decisions affect the game, it also affects which achievements you will be able to get; by either playing through the game or through certain scenarios.

Example: If you rewire an “Arc Pylon”, it will not harm you and instead kill the guards.

When you equip bone charms, they give you a variety of enhancements to help you throughout the game.

There are a total of 36 bone charms in the game but throughout one playthrough only 26 will be spawned randomly.
This means it is impossible to collect all the bone charms in a single playthrough.
Also, due to their randomized nature, I can’t promise that certain charms will be at certain locations. However, I will list all locations of bone charms further down on this guide.

Vengeance
Being damaged grants a small amount of adrenaline

Spirit Water
Drinking from faucets recharges 20% of your mana

Whirlwind I
Swing speed for swords is slightly faster

Rat Scent
Rats attack only when approached in close proximity

Powers are basically the abilities that you can use within this game, and must be unlocked and leveled through the use of Runes that are scattered throughout the map.

This is a list of all the powers as well as their traits at higher ranks.

Dark Vision
Rank 1: See people/animals through walls and their sight cones. Also shows any sounds Corvo makes.
Rank 2: As well as Rank 1 effects, also gain vision of resources and technology..
TIP: This skill makes makes it easier for you to plan out when exactly to make your move.

Blink
Rank 1: Rapidly move forward or upward.
Rank 2: Increased movement distance in all directions
TIP: Always consider the objects in your path. This skill moves you rapidly to a location, it does NOT “teleport” you. You can’t use this skill to get past a wall of light.

Soooo before I get onto spending a ton of time listing Bone Charm and Rune locations (cuz there is a lot..) first up will be the location of all the blueprints of equipment/gear/weapon upgrades.

Incandescent Paste – Allows purchase of Incendiary Bolts for the crossbow

Because “ThePugHybrid” made such a fantastic acheivement guide, I will be referring this section to that one.