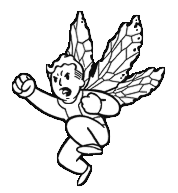 Wanted to walk around but some ♥♥♥♥♥♥♥ retarted deathclaw got outta nowhere and onehits you? No problem. Just read this guide. JUST DO IT!

Welcome to my Guide. I will show you how to deal with the 5 most feared enemys.

Let’s start with a quote:

What are night stalkers?

Night stalkers are created by Dr. Borous by mixing DNA from coyotes and rattlesnakes. They are poisonous, so be prepared with some kind of antivenom.

How to deal with Night stalkers?

Originally posted by A now dead guy killed by a group of night stalkers:

Throw a stick or something. Or tell it to sit. Never met a night stalker actually.

Night stalkers are actually one of the easiest enemies out there. Just take out your Katana (or other melee weapons. Note that the Katana is the best option due to the highest attack speed of all melee weapons in the game.) and move backwards while you slash them in handy night stalker cubes. But if you’re over-encumbered, you’re dead. Also watch your back. You don’t want to run into a wall while trying to avoid the attacks of night stalkers.

The most hated bug (aside from the vendor bug) in the game. Created by Dr. Borous and made from Hawk and Taranula DNA.

How to deal with Cazadores?

What are NCR Ranger hit squads?

Honestly, I don’t know anything about them. Never met them.

How to deal with NCR Ranger hit squads?

Umm … maybe not being an enemy of NCR? If you fail that I can’t help you.

What are Legionary Assassins?

The most annoying ♥♥♥♥ in the Mojave and the evidence that caesar can break his own rules (not to kill any courier).

Originally posted by The Fallout Wiki:

Legionary assassins are small groups of four elite killers for Caesar, usually led by a Decanus, a Praetorian guard or a Centurion, dispatched to eliminate the Legion’s enemies.

First type of group is composed of

The second type of group is for eliminating Caesar’s greater enemies, composed of

The last type of group is for Caesar’s greatest, most hated enemies, composed of

During these assassination missions, Praetorian Guards are allowed to use firearms in the place of their unarmed weapons.

TL;DR
The more infamy you have with the Legion, the harder the assassins.

How do I deal with Legionary Assassins?

My best hint is using a strong energy weapons such as Elijah’s advanced LAER or Tri-beam laser rifle, because they are amored. There’s also a perk which can help you (Fight the Power!). Terrifying presence can also help if you’re not already vilified, since they will initiate a dialouge first before attacking. With this perk you can make them flee so you don’t have to kill them.

Also the Miss Fortune perk could help here, too. Since the level 3 assassin group carry C4 and plasma explosives.

Originally posted by The Fallout Wiki:

With this perk, Miss Fortune will appear 10% of the time in V.A.T.S. to attack enemies. To trigger an appearance, the player character must complete a series of attacks in V.A.T.S. without killing their opponent.

Unlike the Mysterious Stranger, Miss Fortune’s attacks deal low damage to an area, aiming to cripple and knockdown enemies rather than kill them outright.

Miss Fortune’s gun creates a “fortune” percentage for the target.

If their fortune is under 35:

Knock-down for 10 seconds.
Any of the following will detonate if they are in the inventory and are at least 1 game unit further away from the player character than the max splash damage range, with an appropriate explosion:

Any of the grenades explosives before will detonate, as well as:

If any of these detonate, the weapon will be broken and the NPC’s right arm be crippled.

If none of the weapons are present, a “cripples” percentage is set instead:

If all limbs are crippled beforehand, the target is paralyzed.

If their fortune is above 65

only the limb crippling is applied.

Remember, this is all determined per shot, and Miss Fortune will more than likely empty her revolver for all 6 shots in a V.A.T.S. attack.

TL;DR
Miss Fortune will appear in 10% of all cases if you don’t kill the enemy targetet in V.A.T.S.
Every shot by her sets a random number between 1 and 100 called “Fortune”.
The luckier the enemy, the less bad things happen to him. From “just being crippeled” to “stuff in their inventory exploding”.

The better question is: what aren’t they? Aside from being friendly and cute creatures of course …

How to deal with them?

And if all of that fails and they start to attack you with their as-long-as-your-ex-girlfriends-nails claws:

(Deathclaws are affected by the Purifier and Abominable perks)

Maybe it’s just a bug in my copy of game, but if I try to fight Deathclaws in the Thorn they flee instead of attacking me.