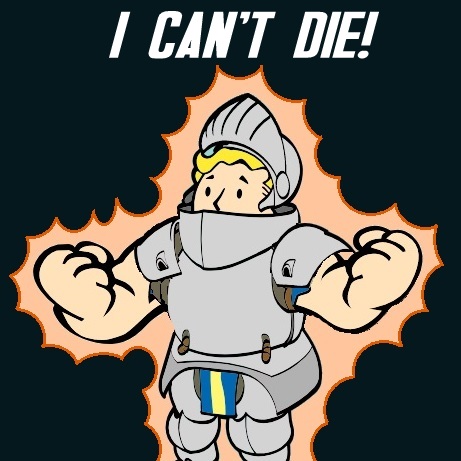 Simply put, this build allows you to tank almost anything the game can throw at you, while still pounding everything to scrap around you.

Hot blooded
Increase damage when your health drops below 50%.

Heavy handed
Increasing your melee damage can be very useful early on, as you’ll be able to be more powerful later on — they’ll really hurt!.

Level 4 – Educated
Not much to say about this perk. Very basic, adds 2 extra skill points each time you level up.

Level 6 – Bloody mess
It speaks for itself, bloody mess gore effect are great. Also your damage output is increased.

Level 8 – Toughness
Strange early perk, but hear me out. If you want a mixture of stats prioritizing armour, these 2 perk ranks are the best you’ll have.

Level 12 – Piercing strike
It offers yet more armour reduction to max out the melee damage you can inflict.

Level 14 – Adamantium skeleton
Do prioritize getting this, since you’re more likely to have broken limbs.

Level 22 – Fast metabolism
Extremely useful perk that when in combination with other healing perks makes you virtually unkillable. Once you have these perks, the combined health regeneration will allow you to stay on the field forever.

Level 24 – Living anatomy
Increase your weapon damage up to 5% and reveal enemies HP/DT.

Level 26 – Purifier
Obviously useful againts abominations such as deathclaws and ghouls. The extra damage help you dish out more damage against them.

Level 28 – Stonewall
Should be acquired to nullify part of the effectiveness of enemies that rely too much on melee or unarmed knockdowns to be impactful (deathclaws, cyberdogs etc), allowing you to basically ignore them.

Level 32 – Hit the deck
Gives a huge DT boost and is an essential perk againts dangerous baddies that use explosives.

Level 34 – Super slam
Grants you knockdown chance to prevents baddies mobility and attacks, though it’s not exactly like a paralysis effect since it was supposed to do that anyways. At any rate, this makes bigger baddies a lot more interesting to fight since you have a way to pin them down.

Level 36 – Slayer
Provides nothing more than attack speed (a lot!), turning you into a melee machine gun.

Level 38 – Robotics expert
Bonus damage against robots is very potent for destroying them fast especially once you’re in Big MT where robots are tough.

Level 40 – Nuka chemist
Allows you to craft special nukas that gives you the most survivabilities in the game along with a lot of extra AP, basically solving all your AP and DT problems.

Level 42 – Nerd Rage!
What nerd rage does is to raise your strength and reduces you from taking damage after your health drops below 20%. It is a very much needed perk in those situations if you don’t want to see your life going down the sink every time.

Level 44 – Certified tech
Want consistent buildup, so Radchild is out of the question. Since cert. tech makes robot baddies drop more crafting components and it helps you make counterfeit SM chips to redeem super stimpaks, medx etc. It is also good for mass producing auto-inject stimpaks and the auto-injects is useful in a fight. Since we want to fight, Radchild isn’t necessary as it’s healing is very slow.

Level 46 – Jury rigging
Repair your gear with similar items coz repair cost will leave you broke-ass. Use your favorite weapons to the very end.

Level 50 – Thought you died
The added health will make you even harder to take down, especially when armor is factored in.

Elijah’s ramblings
You really don’t need more crit damage. If you find that you lack crit damage, which you really shouldn’t, you can consider picking this up just to deal that extra amount of damage.

GRA Chainsaw is extremely powerful. This is a more selfish version of Thermic lance that you can use pretty decently, as it allows fighting pretty well, and Knock-knock is a good compliment for your need for damage. In terms of damage, it is outshined by Oh baby!, but Knock-knock is undeniably more powerful.

This one is entirely up to you, get some of those fancy Power Armor or any heavy armors. But for me, power armors are not generally recommended.

Battle brew – Medx – Slasher
With these items combined it will let you brush off a very high damage like it was nothing. Typically bought to win those heavy fights where you would have otherwise died if it weren’t for the damage resistance.

Atomic cocktail
Are you sick and tired getting your ass pwned in by roboscorpion or eye lasered brotherhood paladins? Maybe atomic cocktail can help you. With this your damage resistance against energy weapons is just sick and you are really hard to kill.

Auto-inject stimpaks
Heals you up completely when hp threshold is met (50% for standard auto-inject, 25% for super auto-inject)

Nuka-cola quartz
Gives you a bit of armour and a night-vision.

Rushing water
The most effective melee DPS and attack speed aid in the whole game. Definitely a higher level pickup, avoid using this item at early levels since it doesnt provide you enough DPS and dealing damage is typically the least your problems.

Turbo
If you’re getting picked off often or generally you cannot stay alive whatever you do, this item might be a good choice, since it greatly delays your death and saves enough time for you to get away or at least strike your enemies.

Super stimpak
It is extremely vital for you to stay alive through several seconds duration in combat. When super stimpaks are activated at the very exceptional moment, you are immensely hard to take down because in technical terms, with the combination of high medicine skill, fast metabolism, cardiac arrest and better healing, resulting in 90% health restored.

Friends or dudes to stick with

You and your companions are a team, stay close to them and support them if they are in trouble. With them around, you are finally unkillable.

Cass
Her Whiskey rose perk is a great benefactor for you. It gives you lots of armour when using items like whiskey, wasteland tequila, large wasteland tequila combined, which are decent since you want to be tanky.

Arcade
Arcade’s Better healing perk makes super stimpaks, wasteland omelet or any healing items amazing, as the healing effect pretty much doubles. It also provides enough survivability and you can re-enter a fight much more quickly than before.

Ed-E (BoS upgrade)
Ed-E’s purpose is to assist you through everything, repair weapons, make ammo, gives you bonus dt, craft etc. He can make you invincible when coupled with Cass or Arcade.

Whiskey Rose VS Better Healing
The breakdown for this choice is fairly straightforward, though the reasons vary simply from what build path you may be taking. The Whiskey rose is useful for DT Focus players, since it will help them tank up even without power armor on. For Better healing perk is pretty good at keeping an otherwise squishy player safe in combat, giving you swift health regeneration.

So, you actually had read this far? You’re awesomely patient, what more can I say? Thank you for reading this guide, and I hope you like it!