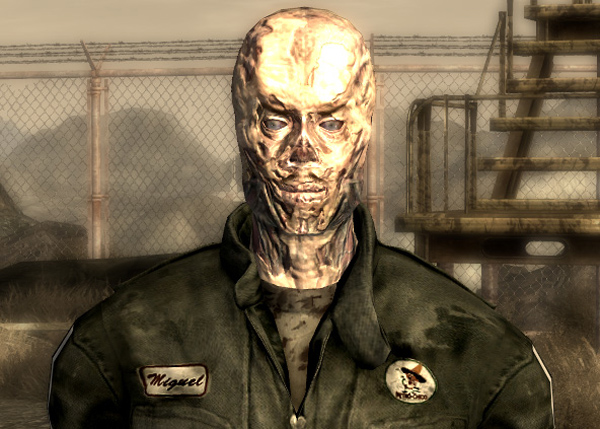 Every companion in Fallout: New Vegas has a quest associated with him/her. This guide cover’s Raul’s (unmarked!) quest.

If any of these three are dead the quest will be failed. You will also need to have Raul in your party (obviously).

Note that even with these conditions the quest may fail to operate correctly. See the Issues section for a fix.

Your choice in dialogue affects the perk added to Raul after the quest’s completion. If you convince him to go back to gunslinging ways, his fire rate will increase by 33%. If you convince him to contribute in not-so-gunny ways his weapon decay slowdown will increase from 50% to 75%. His default outfit will also change, however as far as I know this is purely cosmetic. If you mostly choose neutral answers you may be unable to complete the quest. The end of this quest also affects his slides at the end of the game.

This guide is based off information from the Vault[www.falloutwiki.com].