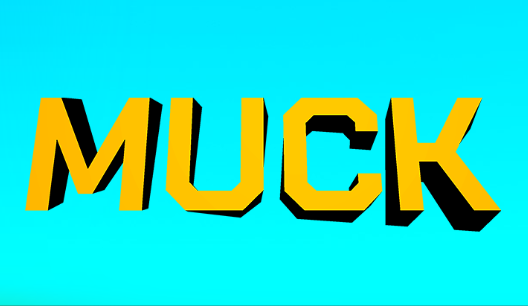 A guide to playing muck with friends.

You can share the server code by pressing the copy button, and sharing it in discord, steam chat, or whatever chat you prefer to use, steam’s default chat works the best though, thanks to the shift tab method of opening it.

Beginning a multiplayer world may be hard, as you have to decide who get’s what first, it’s a good idea to chose who is making what sort of build before you start, there could be a ranger, someone who is going for tank, a glass cannon, you know the drill, after you make this decision, you should also decide if you want PVP or just PVE, after these decisions are made, give everyone tools and weapons in an order based on what role they want to be when helping the group, and if you want to do PVP, split up as fast as possible.

If you want to do PVE, then you should have the whole group work together, and build a basic base as fast as possible, that means just a workbench, furnace, and anvil, try to get that set up as fast as possible to begin making iron tools, I would recommend that with larger groups you skip over iron armor, as iron is not renewable, mithril however, is renewable, as big chunk drops it, if you have a decent build, then you will be able to defeat big chunk, once you have defeated big chunk you should be golden.

If you want to do PVP however, you should split up as fast as possible to avoid early death, or make alliances, but it’s a good idea to get on a plateau for simpler defense, get a bow to easily protect your base, and try to take the chests before anyone else does, take combat totems if you feel safe doing so, as there’s only limited upgrades, when big chunk comes, I would recommend that you try to get them to spawn on you, as they can drop chunkium, the best ore in the game, and get away from your base to avoid big chunk deleting it, once you get chunkium, then you will have all the power, and it will be much easier to eliminate players who want you dead.