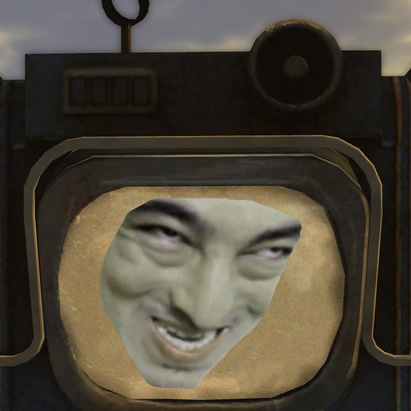 Just my take on a fun build that will get you through the game and then some. Main focus is stealth and big damage, but all stats will be max or nearly max by the end so there’s no stress.

I’ll keep it brief. The starting stats are a little weird, as I started by following another guide off the internet, but ended up veering off to the side and doing my own thing:

The two starting perks are Small Frame, Four Eyes, so now this becomes:

I went with the Lucky Glasses later on so Four Eyes was important to me, feel free to ignore or go with something else.

After 42, I kind of ran out of good perks to choose from, so the last few were purely economical / fun factor choices.

Seeing as Skills maxxed out for me at around level 44, Comprehension and maybe even Educated are potentially wasted slots, but choices are limited early on anyway.

There are a lot of perks to choose from, and a lot I could have gone with. 2 perks give extra weight, there is a damage perk for robots, Life Giver gives you a straight +30 HP. There are other speed-related perks to potentially make crouch-running faster than normal running, and other damage-related perks such as Eye for an Eye.

I ruled out Sniper from my build simply because the bonus only affects shooting in VATS. I prefer to avoid VATS where I can, and, as long as you meet the strength req, you won’t wobble and sway looking down the scope so your accuracy outside of VATS should be fine.

So, adding in +8 stats from Intense Training, +1 each from Implants except Intelligence, and the +1 Strength from finishing Lonesome Road DLC:

– the Reinforced Spine perk from the Old World Blues DLC gives a +2 strength.
– lucky shades give a +3 Perception, +1 Luck bonus
– and when I chose to wear it, stealth suit does a PER +1 and AGL +1 as well, giving:-

Notes: Not meeting weapon requirements for strength can be a big problem if you’re trying to snipe foes at a distance while maintaining stealth, thus the steep Intense Training expenditure. If you’re less fussed by it or you have favourite weapons that you feel you’re going to stick with, then freeing up the 3 perks I spent on this definitely gives you more freedom.

I’m not a fan of the constant chatter from the stealth suit, but when you’re powerful enough, armour doesn’t even matter any more.

Again, this is my fun little build I just hammered through on a different system, feel free to change it up to suit your play style. Thanks for viewing.