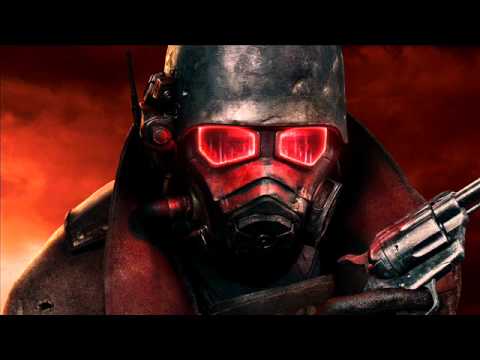 The NCR. One of the coolest faction, with awesome armor such as the signature NCR Ranger Armor. This guide is to show how you can make you’re own NCR Ranger Build. What you will find in this guide will require all the DLCs, Im not sure which perk belongs to what DLC but to be sure just own all of them ( GRA and Courier’s Stash not required). This guide works with Auto, Semi, Single Shot Rifles, it also uses Pistol, Revolvers, and Grenades and Mines( not required ) But now into the Ranger’s Story. The Ranger was stationed in California but eventually sent out to Camp Golf to help with moral, the Ranger was told to work as a courier and listen to what people have to say about the NCR, House, Vegas, and the Legion. The Ranger became an undercover courier and traveled across the Mojave and other places for a short while but when told to bring the platinum chip to Robert House himself, the Ranger saw this as a mother of all gifts and while on the trip, he/she was shot in the head. The Ranger came to in Goodsprings and returned to the fight against the Legion and on the side of the NCR.

Strength- 6 The Ranger trained in hand to hand but not to a high level
Perception- 7 The Ranger tends to use a Rifle, Pistol, and Grenades and is trained highly in this field
Endurance- 6 The Ranger has survived rough times and can get out of tough spots but can’t survive every encounter he/she comes across
Charisma- 5 The Ranger is charismatic enough to get what they want but they’re not the president…yet
Intelligence- 5 The Ranger has aced every field exam but failed some intellectual tests, but maintained some of what was learned
Agility- 6 The Ranger is quick to the trigger and can load his/her weapon quickly in a fight…guess the 4 a.m. practice wasn’t completely useless
Luck- 5 The Ranger doesn’t need Luck the Ranger has skill….but luck can help time to time

Starting perks:
Skilled- The Ranger is ignorant to the idea of progress and believes they know all they need to.
Trigger Discipline – The Ranger is a damn good shot, they could probably shoot the eyes out of a roach from 15 miles….. and keep the roach alive.
If you think that shooting straight is overrated then feast you eyes on this.
Fast Shot- The Ranger doesn’t care for a spot on the 1st recon team and instead wants to tear up the Legion with automatic rifles.

Of course you an only pick 2 starting perks, the Fast Shot is the one you pick if Trigger Discipline is over rated in your opinion

Are you ready for this ladies and gentlemen of New Vegas, good, sit back and get comfy.

Level 2- Rapid Reload(Guns 30, AGL 5) The Ranger is quick to load a gun even when running from a Deathclaw.
Level 4- Educated(INT 4) uh….I guess the Ranger did remember somethings from training…cool.
Level 6-Gunslinger(no requirements) The Ranger is trained with the Big Iron on his/her Hip.
Level 8- Commando(no requirements) The Ranger can use any form of Rifle, Auto,Semi,Bolt, Hell even the scary sounding Anti-Mat Rifle.
Level 10- Sneering Imperialist(no requirements) The Ranger has killed his/her fair share of Fiends and Raiders and isn’t afraid to show it.
Level 12- Sniper(AGL 6, PER 6) The Ranger can easily hit his/her enemy in the head, even if he/she uses a sniper of not.
Level 14- Finesse(no requirements) The Ranger may not believe in luck but ♥♥♥♥♥♥♥ is he/she one lucky son of a gun.
Level 16- Weapon Handling(STR <10) The Ranger is strong enough to carry most heavy weapons as though they were basic weapons. (best for getting the Anti-Mat Rifle early)
Level 18- Alertness(PER <10, PER 6) The Ranger can spot an enemy from any position and take them out just the same.
Level 20- Action Boy/Girl(AGL 6) When the Ranger is given the Pip-Boy, he/she figured out how to cheat the V.A.T.S. system and can shoot more shots then usual.
Level 22- Quick Draw(AGL 5) I told you the Ranger was quick with a gun.
Level 24- Action Boy/Girl(2) (AGL 6) Can you please stop breaking the V.A.T.S. system Ranger, gosh darnit.
Level 26- Demolition Expert(Explos. 50) The Ranger makes the Grenades in his/her hands a little stronger then most.
Level 28- Jury Rigging(Repair 90) The Ranger can take their gun apart and put it back together no problem, but when you lose a tiny spring well….that’s where this comes in.

Perk 2 and Factions and Companions

Level 30- Demolition Expert(Explos. 50) The Ranger has really improved the grenades damage….the secret…..Love….and some extra powder.
If you have all DLCs then you level cap is probably 50, if so then do what ever you want, add other perks that you may like, or you can yell at me for not going to 50, either way yeah that’s it for Perks and Skills.

Faction Time Boys and Girls.
Unless you are stupid the only faction you should side with is the NCR but you can either go die hard NCR or add the Brotherhood of Steel, Great Khans, and Remnants of the Enclave to the mix.
If you go with House, Legion, or Yes-Man with this build..then…you aren’t a Ranger are you?

Best of All….Companions
Boone is great for you if you want that spotter perk to help with picking off enemies, and I think doing his companion quest is also a great idea.
Ed-E is also great if you want the fear of an enemy being close when they are actually no where near you. Ed-e companion quest isn’t required but if you do choose it then have the Followers in Freeside get the info from Ed-E. If you want, personal preference really.
Raul isn’t great for a die hard NCR build but if you want a funny and cool Mexican Ghoul getting into trouble with you then he is the best choice( Raul is just my fav companion in general he has nothing to do with this guide)
I hope you enjoy your main game character…

DLCs, the foundation of most games, or the end… your choice. *may contain spoilers*

Blood Money: As a Ranger of the NCR, you think that maybe taking over the rumored Sierra Madre for the NCR will boost moral for the soldiers as well as making a casino for travelers and civilians of the NCR, it would be great for trade. Once there you find Father Elijah, the Elder of the Brotherhood before McNamara. Elijah has been responsible for the Brotherhood killing so many NCR soldiers, you seek vengeance (or Justice) for your fallen brothers and sisters. You could kill Christine if you find out she is Brotherhood before playing through Blood Money. for an immersive play through…or let her live overall or kill her overall, your choice. In the end, you could kill Elijah to avenge your fallen comrades, or trap him in the vault and let him rot and suffer for his crimes, depends if you seek justice of vengeance. As for Dean and Dog/God, do with them as you like, kill them, help them, whatever.

Honest Hearts: As a Ranger for the NCR, you think helping a Caravan get to Zion will allow the NCR to take control of the Caravan Company and Zion Valley. Giving more in economy and land to the NCR, once you are attacked however, that view changes and you want to get out. Meeting with Graham is a shock to you, so you can either kill him for the NCR, or help him and Daniel leave or save Zion. The reason for you to help, is that you could create trust with Graham, so he does not attack the NCR at any point in the future. The choice is your own, just stand with it.

Old World Blues: The NCR Ranger hears about a Sci-Fi movie, he/she thinks it would be fun and up moral for the troops, to make sure it isn’t a trap however, you must investigate. Then all that Doctor Who stuff starts going on and BOOM. Big screen people…scary but…interesting…useful if the NCR got all this tech. One thing lead from another, and no Brain, no Spine, no heart…funny, you aren’t the Legion? so why do you have no Brain or Spine? The Heart is a dead give away, bastards never had one. Anyway, you mostly go through as quick as you can, you can’t dilly dally while a war is brewing back home, you go through..the choices all being what you want them to be, then you get out and get back home, quick.

Last of all the DLCs and my Favorite one of all..

Lonesome Road: After getting shot while being an undercover courier, you don’t remember much of what you did, but after going to the Great Divide, you feel guilt overcome you. But you don’t know why. After talking with Ulysses plenty, finding out his plan and that he is Legion, you mean to kill him and ruin his plan…even going as far as to nuke Legion instead. After he is dead (or if that is too hard for some of you, just speech check him and continue) you can either stop the nukes, and risk ED-E 2.0, or send it into the heart of Legion, as a big “F*** YOU” from the NCR’s greatest. Or send it into the NCR if you want..like its stupid but you can..the power armor from that is pretty cool…but i don’t recommend it. Oh and that Riot Armor doesn’t count as faction armor so it’s good if you don’t wanna wear the NCR armor and be shunned from a lot of people, not to mention the Riot Gear looks so much cooler.

There you have it, the NCR Ranger Build with the DLCs included into the character’s story, I had redone this build to fix errors in spelling, and to rewrite some of it because it was kinda cringe or cuz it was just long and pointless, so i hope its better for some of you now. I understand it isn’t very lore friendly that when beating the game you get the highest civilian branch..when you are meant to be NCR through and through..we could just say that “Once shot, the counted you as dead, so once you came back into the force, they legally couldn’t count you as a soldier since you technically died” i think that works..or come up with your own reason. I had fun making this, so i hope you had fun reading this..even if you don’t do the build.