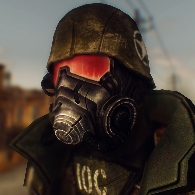 This guide is attempting to help people put some life back into their Fallout New Vegas experience.IMPORTANT NOTICE:I am NOT responsible if you do not install these mods carefuly and they end up breaking your game. I am also NOT responsible if your system is not able to handle these mods and therefore I am going to give you my system specs for reference.System Specs:CPU: Intel Core i7 4790K 4.4GhzRAM: 16GB 1600MhzGPU: EVGA GeForce GTX 1070 8GB Super-ClockedOS: Windows 8.1 ProNow that we got that out of the way, Ring-A-Ding-Ding, Baby!

I personally don’t really like changing my game to a point of not being able to recognize it and therefore I picked my mods that are fairly light on performance and don’t change the game up too much so that you can uninstall them incase you do not like them with a few exceptions. 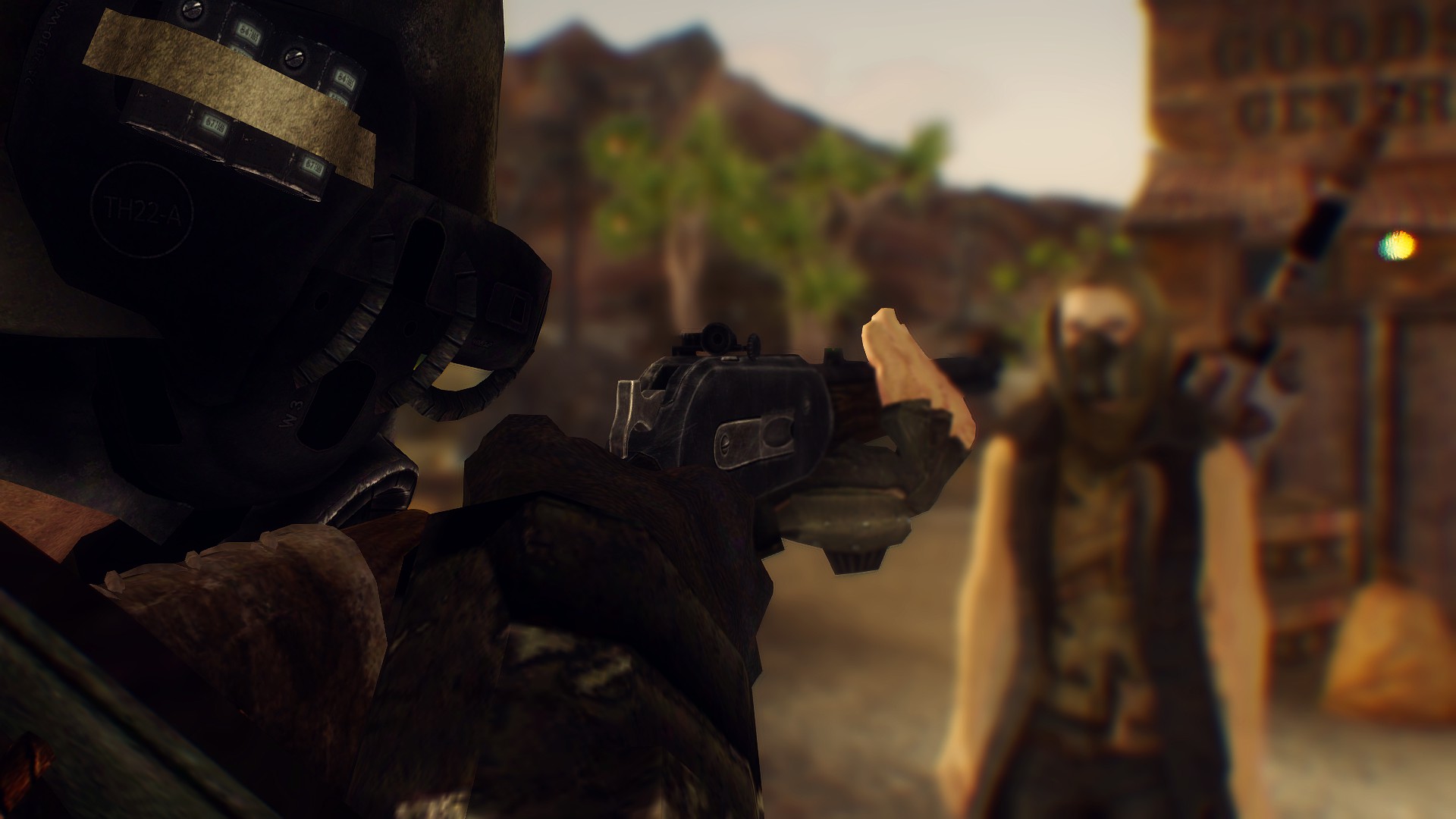 I like to keep my mod choice as Lore Friendly, within the 3D Fallout Universe, as I can and therefore there are no mods that add any real life weapons into the game. I do understand, however, that the Classic Fallout games DID in fact have real life weapons.

Enough chit-chat, let’s get into the modding!

Why Does This Section Exist?

I made this because I like taking cool pictures with ENBs! No, but seriously, this is here to help you get a better idea of what your game may look like once you have installed these mods. 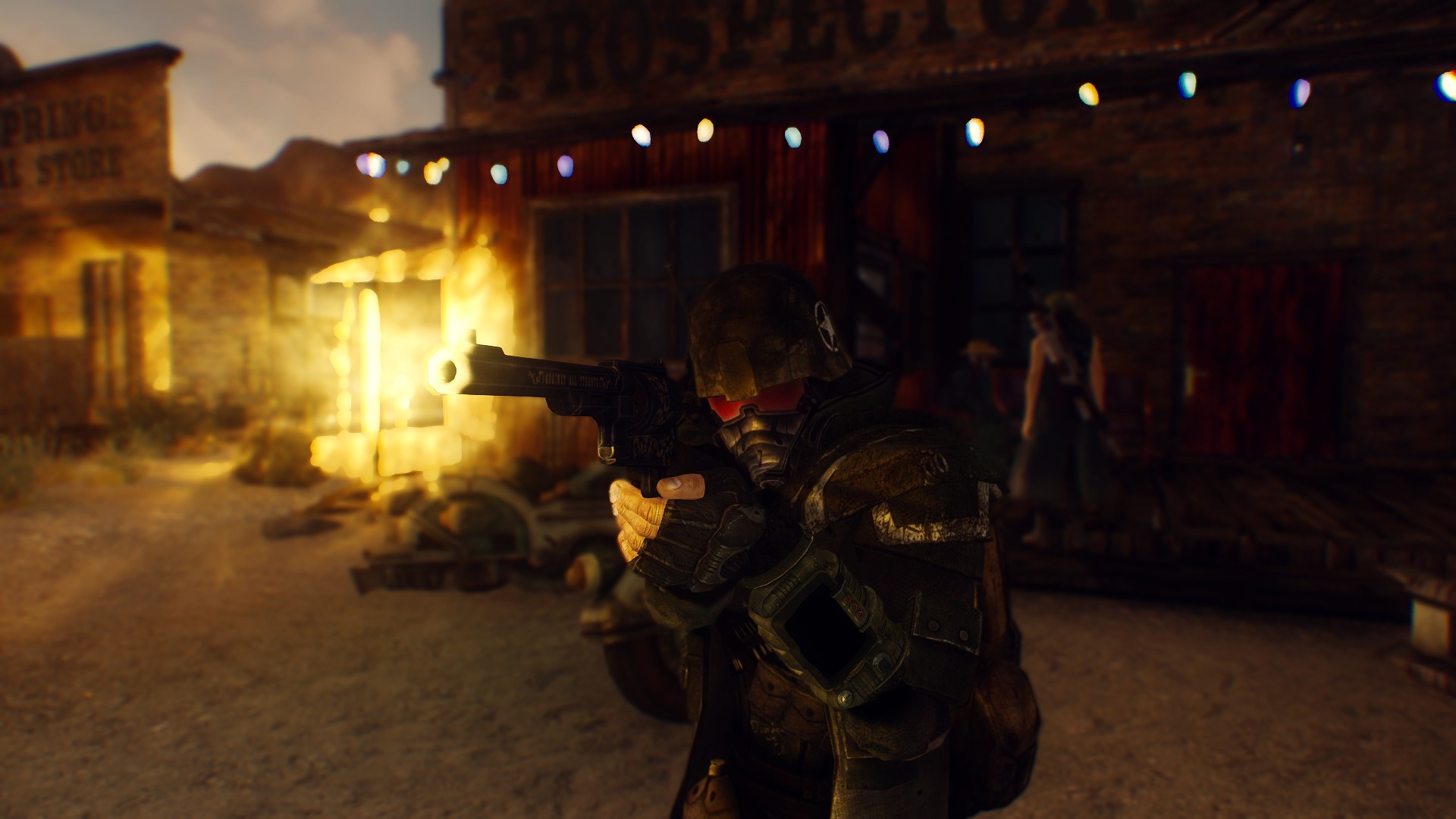 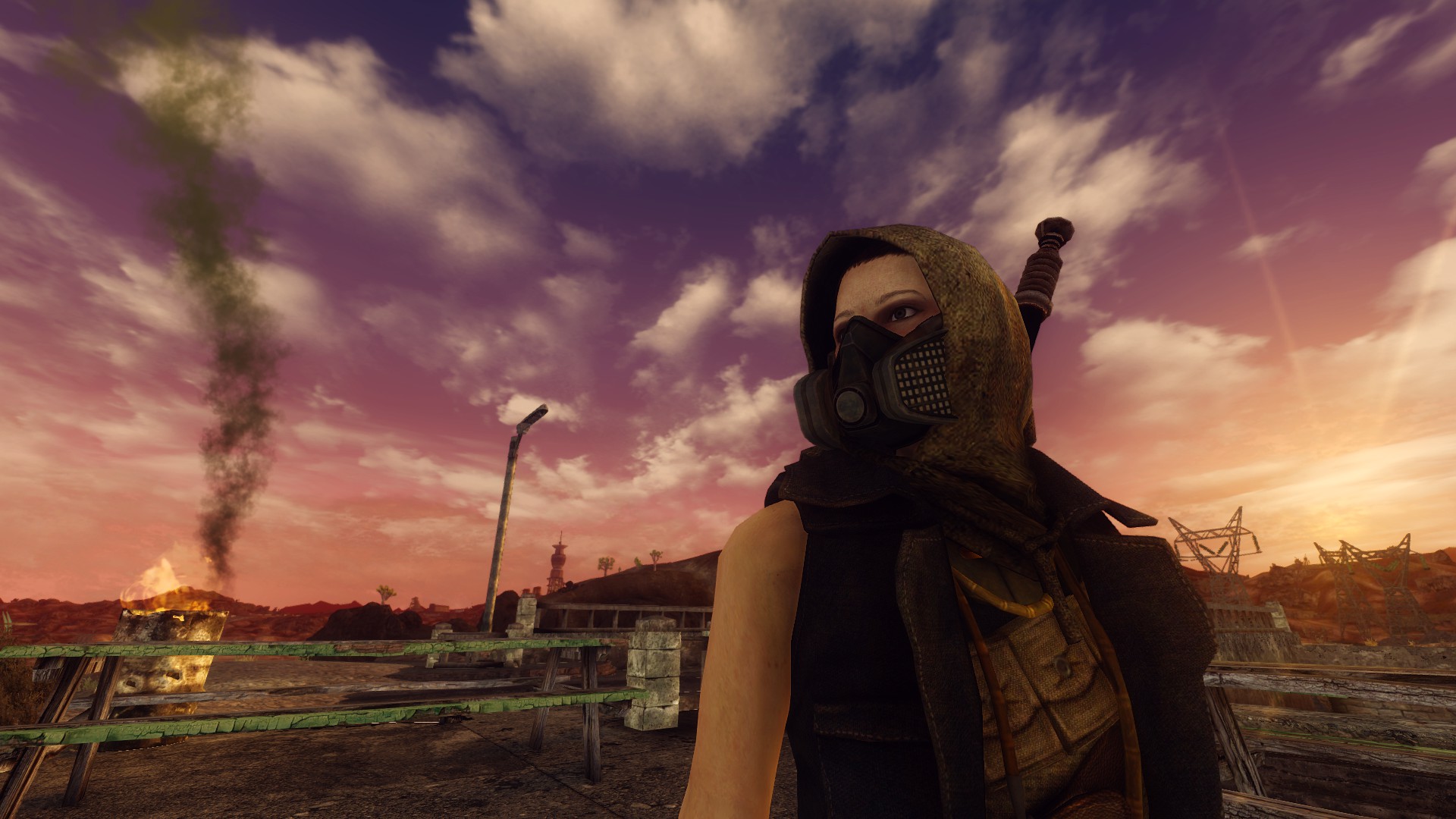 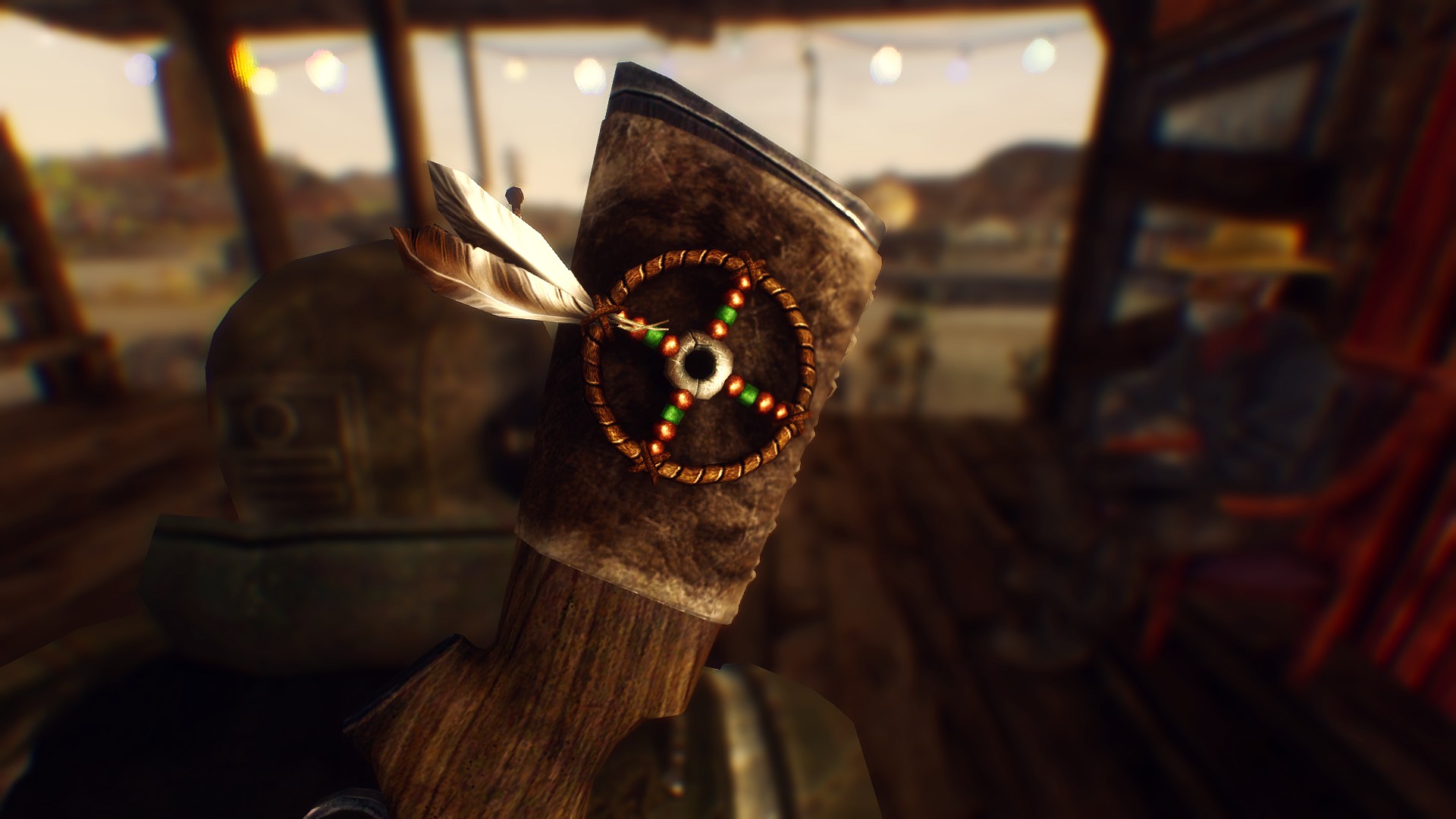 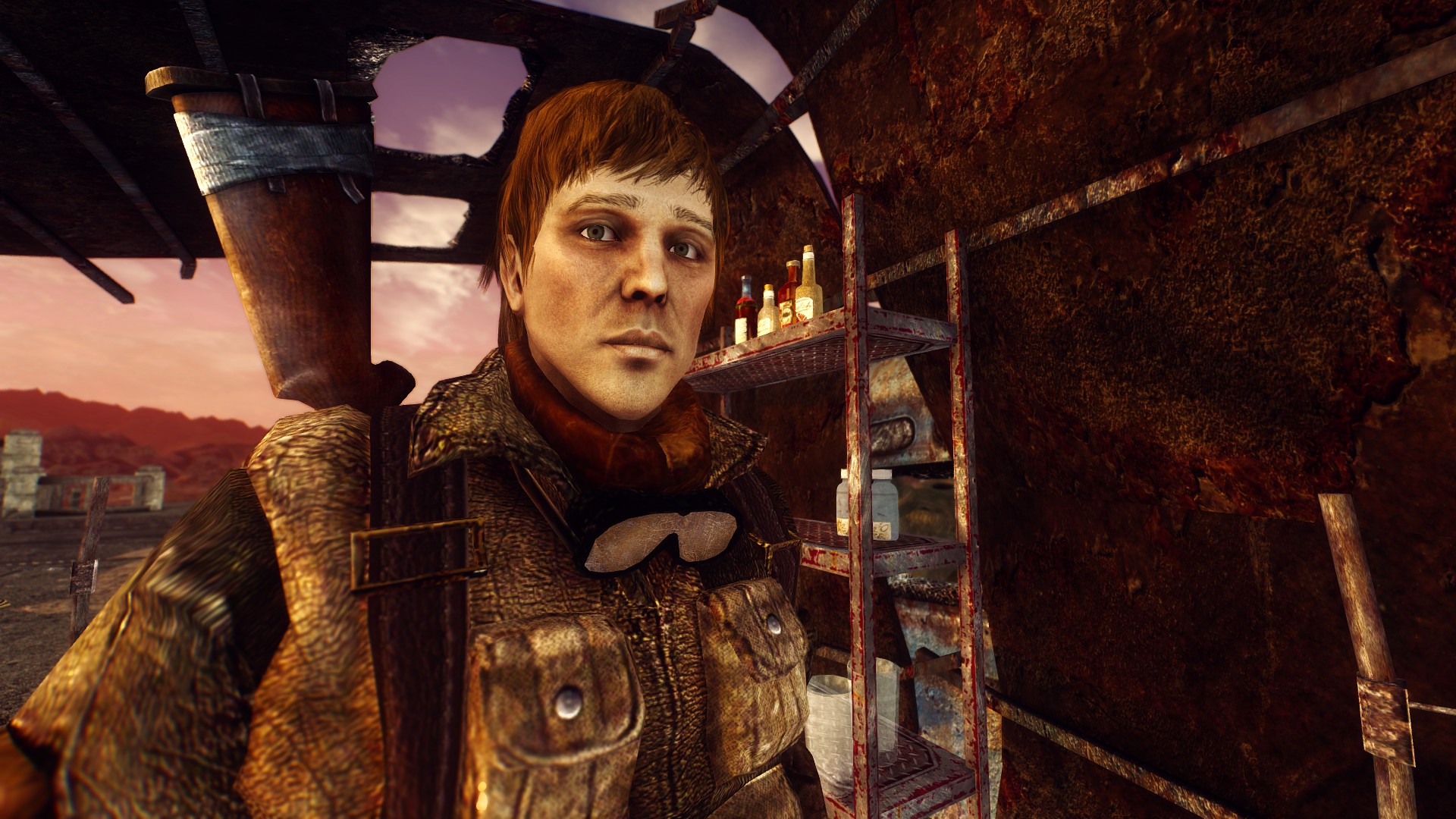 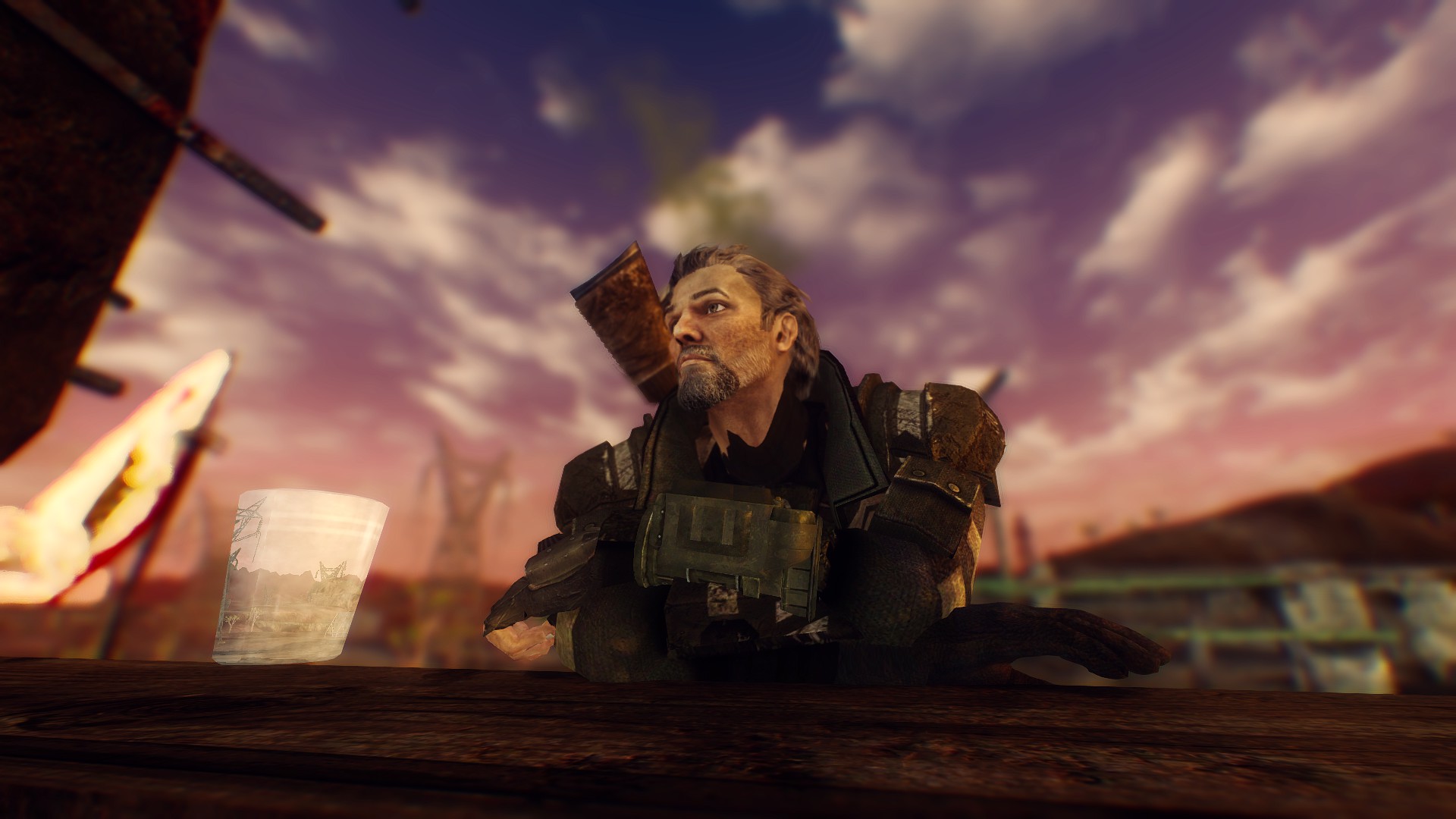 I think this is a nice balance for Visual Flare and Gameplay Practicality.

No one likes a PC game with Mouse Acceleration and Fallout New Vegas is no exception! I decided to put the fix here rather than have people search around the internet and then come back here. It’s just a lot more conveniant to have it here.

Here you want to make sure that your ‘Fallout.ini‘ is NOT set to ‘Read-Only‘

After that, open it up and hit Ctrl+F and type in ‘Controls‘ and add these lines under ‘bBackground Keyboard=1‘

Hopefully this has helped you remove that awful mouse acceleration that you get in menus, on your Pip-Boy and generally In-game.

Steam will reset your ‘Fallout.ini‘ if you open New Vegas through Steam and therefore you should open the game through ‘NVSE‘ or after using the ‘4GB Patcher‘, make a Desktop Shortcut of ‘Fallout.exe‘ and open it purely through that.

First off, you are going to need some modding tools that will enable you to actually mod your game.
Don’t worry, these are very simple to grasp mods so there isn’t a high level of intelligence required to use these.

LOOT – Load Order Optimization Tool: Pretty straight forward, this tool optimizes your load order so that your mods work well together and load up in the game in the correct order so that it minimises your chance of running into issues.

Nexus Mod Manager: This is essentially what you use to install mods into your Fallout: New Vegas, it can also be used to install mods to a variety of other games that it supports.

Now, these are not so much Modding Tools, per say, but they are REQUIRED for some of the mods to function properly.

NVSE – Beta Version: Extends the game’s flexibility for using modded scripts, allowing things like the Mod Configuration Menu to function, alongside other mods.

4GB Patcher: Allows the game to use up to 4GB of memory, rather than only 2GB which allows for a better, smoother experience in gameplay.

MAKE SURE to follow the installation steps provided in the links above.

Congratulations! You have finally made it into the Mods section! This is where the fun starts!

This mod list is based on my own preference and therefore if there are mods on here that don’t suit your fancy or if you feel that there are some mods missing that could make your experience better then you can go ahead and change that in your own game.

I am going to section these based on how Nexus Mod Manager has sectioned these.

Make sure to read through each mod description on the Nexus to make sure you install them correctly.

Yukichigai Unofficial Patch – Base Game and All DLC — [link]

I recommend to install ‘Darnified UI’ AFTER all your other mods to minimise the risk of running into issues.

Also recommend to install the ‘357 Revolver Re-Retextured’ AFTER ‘Weapon Retexture Project’ and Patch as I found that without it, you will run into texture issues with the revolver.

As for ‘ADAM – A Definitive Armor Mod’, you will have to manually download and install the mod, the installation guide is in the README that comes inside the WinRAR folder.

Now, this part can be actually quite beneficial for those that use a lot of mods. You will most likely run into some compatibility issues where some mods try to edit some game files that other mods attempt to do so too and that can cause a few issues such as crashing, missing items or mods not working to their full potential and therefore some talented mod makers have created another tool that helps to try to minimise those sort of issues with a tool called FNVEdit.

I’m not experienced with this tool myself and therefore I am going to refer to a tutorial that helped me a lot with this.

Check out Gopher’s video on FNVEdit which is extremely helpful and he makes sure that people understand what exactly they are doing with their game before they go ahead and use the tool.

Massive thanks to Gopher for making this useful and helpful video.

MAKE SURE that once you have created your Merge Patch, you go back onto your Nexus Mod Manager and activate it in the Plugins section AND put it at the bottom of your Load Order.

This is my Personal Load Order that you may use for reference:

As I have a very decent PC setup, I am able to allow myself to run New Vegas alongside an ENB mod but I can’t speak for everyone and say that they should download one.

If you do, on the other hand, have a powerful desktop, then I recommend downloading an ENB and seeing the game take on a new look but of course, you can download whatever ENB you want as long as you know your PC’s capabilities.

I personally use the ‘Default One‘ colour pallette from the alternatives that come inside the package.

I like this ENB over most as it is fairly performance friendly whilst definitely boosting the visuals of the game, it also does not get too much in the way of gameplay and comes with a decent replacement for Anti-Aliasing.

I recently switched to this ENB and surprised as I was, it runs around the same framerate as Dynamo ENB but retains a lot of the Vanilla look of the game but just adds a few little touches so that the game feels a little more modern.

Upon installing the ENB MAKE SURE that you disable Anti-Aliasing, Anistropic Filtering and Water Displacement in your New Vegas Launcher

I decided to find out how Fallout New Vegas would run on two completely different systems with more-less the same mods installed, alongside the Enhanced Shaders ENB, to attempt to find how different the performance would be and hopefully this can give people a rough reference as to what to expect after installing these mods.

These tests are NOT an accurate representation of what you, personally, should expect from installing these mods. This test is purely here for a rough reference of what you MIGHT expect.

I ran these on my personal machine and another person’s to receive this:

Keep in mind that I am using the “Open Strip” mod which WILL tarnish your performance greatly, even with a machine such as mine.

This time, I decided to uninstall “Open Strip” mod as it is far too performance heavy and without it, it yielded a very stable and certainly playable framerate.

Reason For These Tests?

I wanted to get a better idea of what people could expect from using these mods alongside an ENB and with two systems that are quite different in power, most people would fall somewhere in-between.

Double Congratulations on getting down to this section, Courier!

Hopefully this guide has been somewhat helpful to you by bringing some life back into the Mojave with all these great mods. I would highly appreciate it if you left a like on this guide and perhaps even favourited it just so that it can get out to more people out there. Thanks in advance! 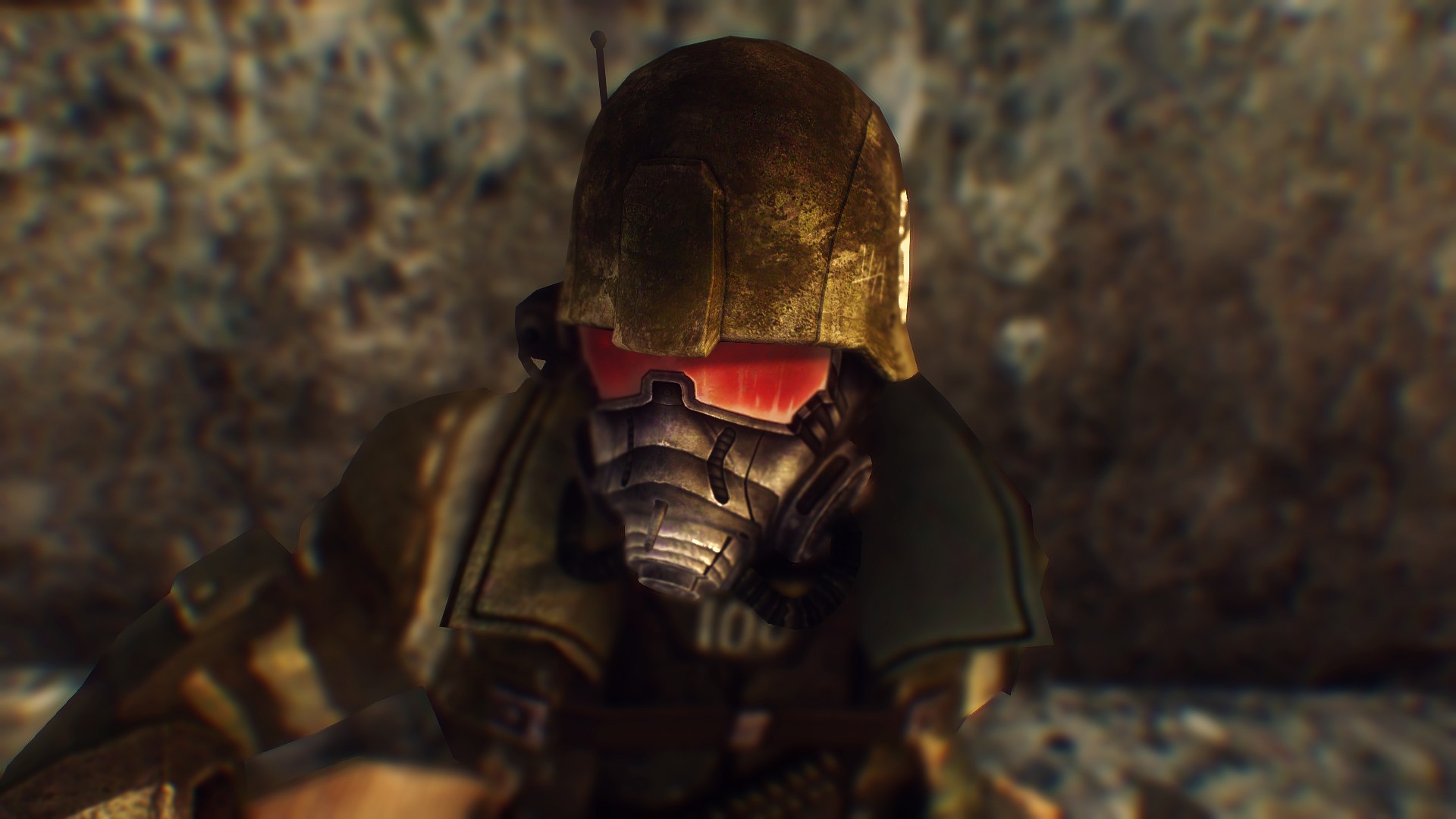