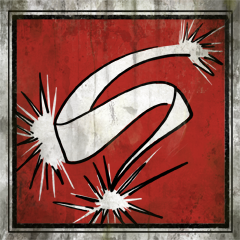 In this guide I will help you get this achievement easily and help you with the combat in general. You need to do all of Batman’s combat moves in 1 flawless freeflow fight.

Basics
The moves that you will need (14 in total):
The combat itself and the order of the moves

Now I will describe the order which suited me the best and I think is the easiest. First of all, you will need to divide the moves into 3 phases:

You might not make it on the first try.. no worries, I practiced a lot until I got it right myself^^
Good luck and thanks for reading!