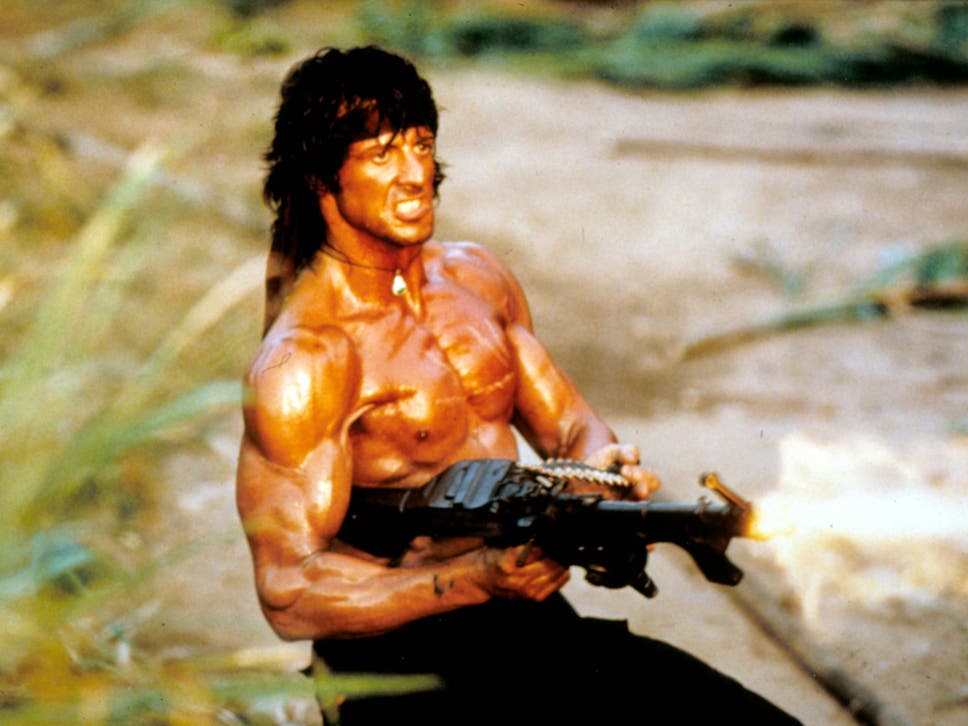 You like tommy guns, drugs and pain ? This build is for you.

This build is an alternative to the classical “high critical chance laser/plasma/cowboy/grunt”.
The aim of this build is to be equipped with a 45 auto fully modified smg and the sierra madre reinforced armor.

This build require to get better critical which require 6 Perception and 6 luck, you can then start with 5 perception and luck and then get the implants.
A decent agility is usefull also, as the less time you spend in reloading, the more you spend time in shooting, and you need fast reload.
Implant GRX are extremly usefull and so you need an endurance of 7.
You would need also a strength of 6, but with reinforced spine and the implant, you can start with only 3.

No traits are required, logan’s loophole can be usefull but you want to get rid of it with Old World Blues.

The most important perk of this build are :
fast reload, light touch, hand loader, grunt, bloody mess, better critical, the professional ,eye for an eye, travel light, pack rat (if you play in hardcore).

Weapons :
At low level :
9mm pistol, Maria if you do the main quest early, a service rifle, vance 9mm submachine gun with hand loaded ammunition would destroy any unarmored enemy. Then the assault carbine would be your best friend for a long time.
Once you would get the 45 auto submachine gun, reinforced spine, you can use only that.
Chance knife : lightweight, it can be still nice to have it and you can hide it in the casino.
In the casinos and the legion fort, sleepytime would be the best choice.

Don’t use any sniper rifle, it would overload you in a non usefull way.

Ammunition :
Well, obviously 45 auto. Hollow point 45 auto can be great against any enemy that has a DT higher than 20 :
Anyway, you would lose all your dps because of the damage threshold, but the minimum dps you can get is 20 % of your raw dps. With psycho, broken leg and arms, yao gua meat, hollow point 45 auto, you can get a total dps over 1000, which mean
an effective dps of 200. It’s great.
Against any ennemy with an armor under 10 or 8, standard ammunition would be the best, and it wouldn’t degrade your weapon too fast.
Against deathclaws, supermutant, giant radscorpion, super hand load is the best.
Against NCR ranger, brotherhood paladin, NCR heavy trooper, the best is hollow point.

Companion :
Raul, with him, weapons degrade in a slower way, and he is a cool dude. ED-E : can repair your weapon, help you craft more ammo with lonesome road.

How does it work ?
There is two kind of bonus critical chance in new vegas, multiplicative one and steady one. All are multiplicative but : laser commander, set laser for fun, light touch, fight the power.
Automatic weapons have their critical chance divided by their attacks per second, as light touch can’t be multiplied or divided, it’s very powerfull to use with any automatic weapon.
That’s what make gatling laser build so powerfull. It’s very powerfull also with a 45 auto submachine gun, because even if you get much much less critical hits, they hit much harder as you have higher base damage and critical damage, and benefit also from the professionnal.

Eye for an eye give you a bonus of 10 % damage for every of your limb crippled. A broken leg give you a penalty of 10 % speed and travel light a bonus of 10 % speed when in light armor. Basically, it enable you to get 10 % more damage with no penalty. You might also break your arms and negate completely the accuracy penalty with steady. With 2 arms and a leg broken, eye for an eye, on steady, travel light and a light armor, you get a bonus of 30 % damage, while having no penalty in accuracy.
If you win the voucher in dead money, you can have a near unlimited amount of steady and because steady is weightless, there is no problem in stockpilling it.

The build could have work theorically with the light machine gun, but it would have required a bigger investment in strength. Theoretically, the light machine gun is better has it has less reload time, and armor piercing 5,56 ammo is better against high armor ennemy than super hand load. However no merchant sell massive amount of armor piercing 5,56 mm.

Because the 45 auto submachine gun has a high spread, you want to crouch and aim constantly as you shoot. Otherwise, in the late game you can be constantly on steady, that make crouching unnecessary

Mods ?
If you can find an outfit that make you looks like a mafiosi or Rambo, it’s great. You can also mod yourself a copy of the mysterious stranger outfit and hat with the stats of the reinforced light armor. I t

What’s great with this build :
You move fast, you hit hard, it doesn’t has a lot of requirement when it come to special and that build bring you a new gameplay experience.